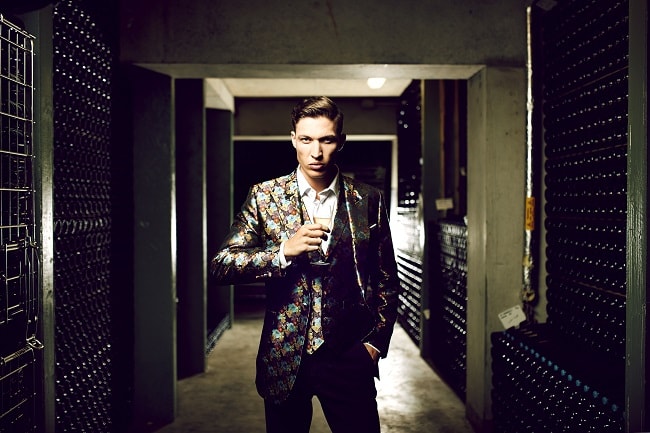 As many of our readers will be aware, I'm developing an unhealthy obsession for the tailoring of a certain Gresham Blake. He has been a regular guest on the MenswearStyle Podcast and we've even meticulously sieved through his clients lookbook and requisitioned them for interviews about their bespoke Gresham Blake label suits. This borderline sycophantical behaviour has also an estranged cousin; an unbridled love for the work of British Actor Ray Winstone. So it felt like Christmas opening a recent email to find a link to Gresham's new short film, Murder at Ridgeview featuring Ray Winston and written by Peter James.

"I like Gresham’s clobber, and this Peter James story is a bit of fun. But it’s important to remember that violence is not acceptable in any form so it's great that money from the book goes to help those who suffer from domestic violence." - Ray Winstone. 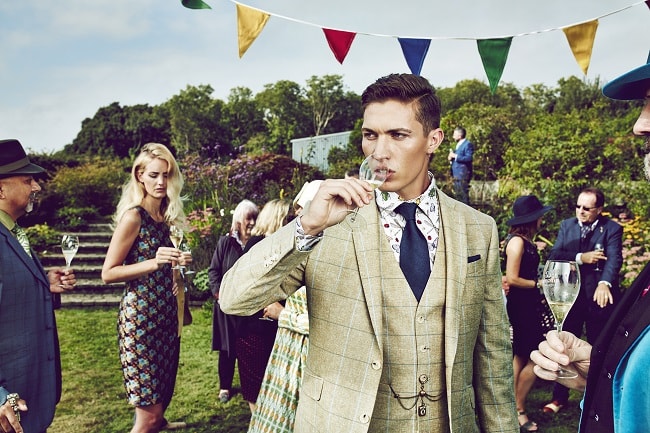 "I wanted to do a crime story to promote my SS17 collection, and Ridgeview winery seemed the perfect location. Peter James is a friend and client so I asked him to write a mini story. He did and being Peter he managed to put in 4 murders. Just like any crime story there is violence. I personally volunteer with an addiction rehabilitation center in London and I have heard many stories first hand of domestic violence, in these cases relating to alcohol and drug abuse. It seemed to make sense to put any money made from the sale of the book to help create awareness of this unfortunate but very present problem in our society." - Gresham Blake. 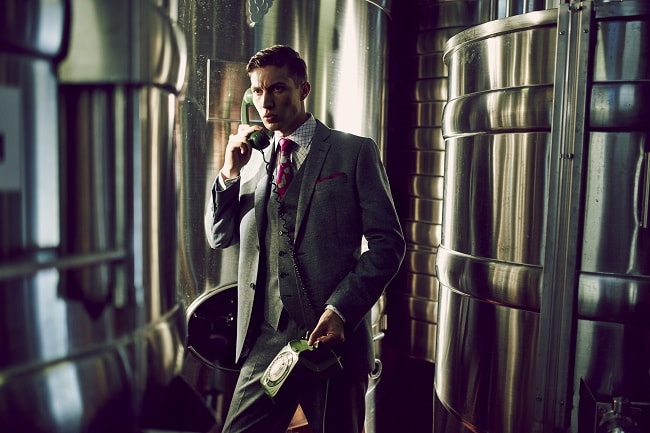 The collection featured in the film is based on linen and wool blends. The deeply stylised short film highlights the atrocities of domestic violence with egregious schemes of malevolence, starring Ray Winstone who also offers a velvety seductive narration. Ray of course is no stranger to this genre having terrorised Kathy Burke in the grossly unreferred, Nil by Mouth. Two women a week in the UK are murdered by their partner or ex-partner. For them, men's violence against women is a reality not a fantasy. That's why the proceeds from the book that is an accompaniment to the film are going to AVA (Against Violence and Abuse) a leading UK charity committed to ending gender based violence and abuse. 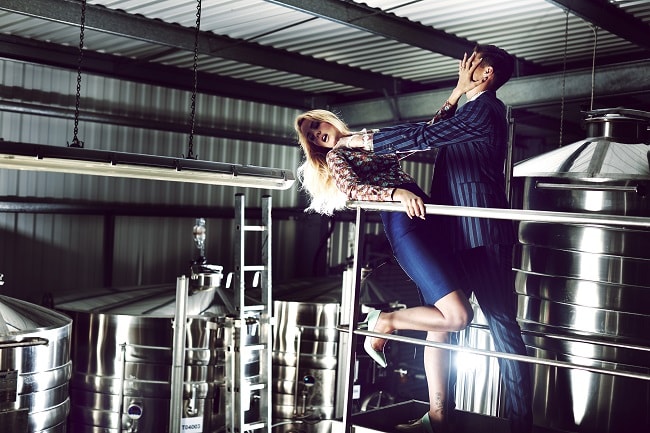 “It is a terribly sad statistic, that victims of domestic violence are so demoralised and afraid, they will endure over thirty attacks from their partner before they first seek help. I’ve been going out with the police in this country and with many forces abroad on a regular basis, for over twenty-five years. On every response shift I’ve ever done there has always been at least one emergency call from a domestic violence victim.” - AVA Project.