HOW TO WEAR WIDE-LEGGED TROUSERS

THIS TRENDING STYLE HAS CARVED OUT A NICHE FOR ITSELF 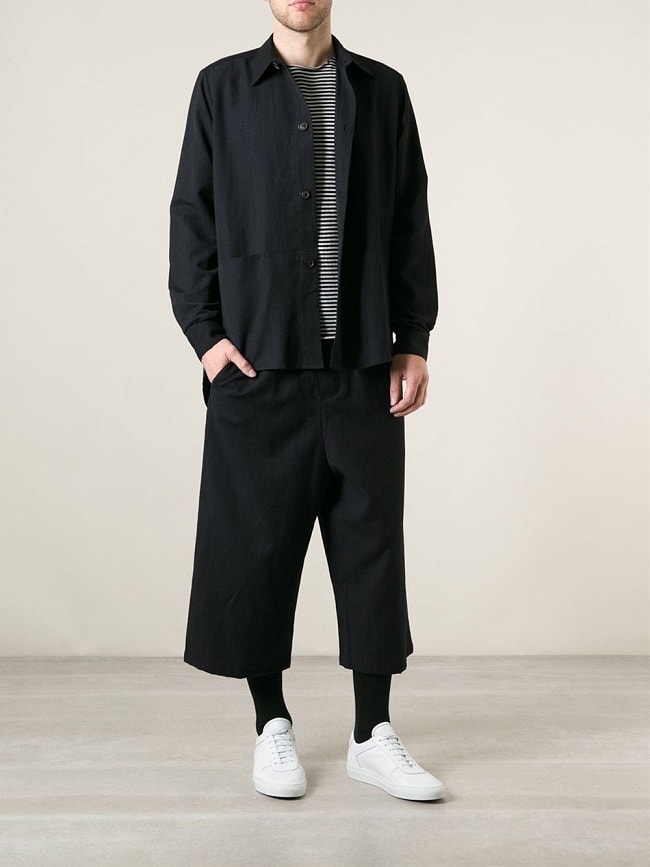 If one trend has dominated the past 10 years of menswear, the skinny trouser is it. Whether as jeans, with variations down to skin-tight spray-ons, to slimmer suits that Dior Homme started rolling out as long ago as the early aughts, this silhouette pervaded practically every aspect. In one sense, skinny jeans and trousers enjoyed their popularity partially as a reaction to what’s best described as “voluminous” 90s style. That silhouette, too, was inescapable; from oversized grunge and hip-hop influenced streetwear to corporate suits that obscured everything from the neck down. Looking back, very little of it flattered anyone, and those looking to dress well were wise to avoid it.

Yet, in the chasm separating wide-but-shapeless and skinny-and-structured is the wide-legged trouser, a runway look that started gaining traction roughly two years ago. While not the predominate silhouette, it has carved out a niche for itself, whether as spacious and structured pants inspired by 90s rave-wear, workwear-styled jeans, or everyday trousers that don’t sit quite so close to the skin. 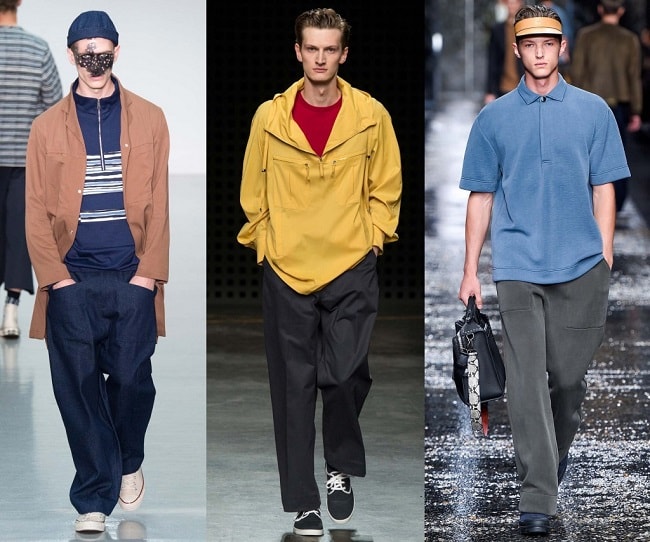 Still, as many complain, pulling it off well is no easy feat. The perfect wide-leg trouser offers space through the seat and thigh and down past the knee, while never seeming obnoxiously large and further adding a slight tapered look up to the waist; instead of down toward the ankle. It’s a statement piece, for sure, and as a result, going too long or too wide makes the garment look unintentionally oversized and ill-fitting. However, knowing what to avoid is only part of the style equation. Instead, try out the look with the following tips.

A low-slung and baggy combination is the first route to looking like you haven’t updated your style since you were a teen in 1999. As plenty of runway combinations show, a wider style should fan out some – not cover your lower half in a blocky shape that doesn’t clearly indicate where your waist starts. What could be described as “cinched” – but, really, more structured – gives the garment more of a defined shape. 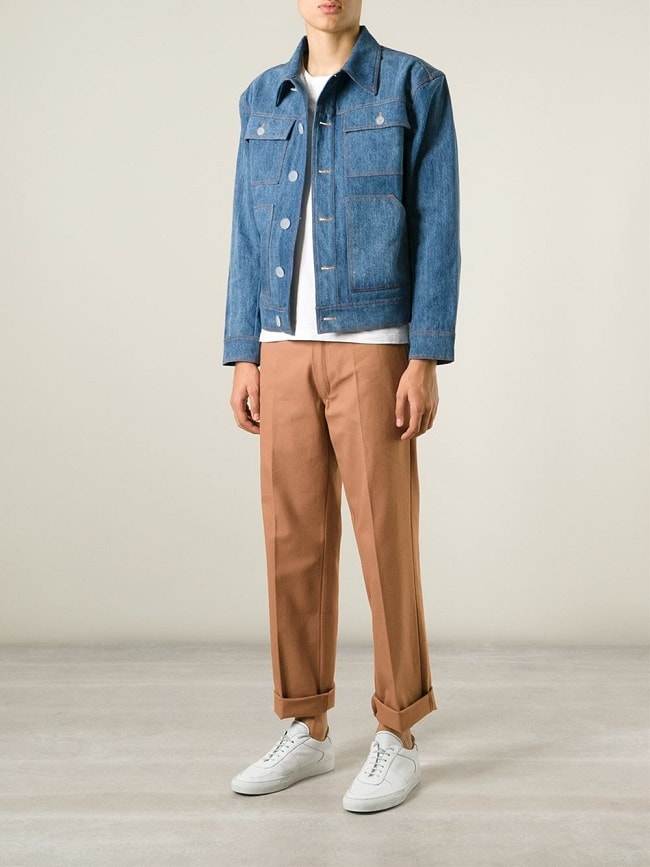 Keep Everything Else Crisp and Tailored

Another way to avoid looking like a 90s relic. Consider how the rest of your ensemble relates to the wide-legged trousers. What this means is, if you’re opting for more space from the waist down, don’t add that extra room everywhere else. Instead, stick to a crisp, buttoned oxford on top, a blazer with clear angles, or, for something less formal, a suede biker jacket that ends right at the waist. For these last two points, Bottega Veneta’s AW17 collection offers up a few examples.

Be Selective About Your Footwear

Aside from finding your trousers bunching up around your ankle, ending up with a high-water look also has a 50-50 chance of happening, especially when you’re wearing a close-fitting, low-cut shoe. In response, if the trousers won’t fall right above your shoes, overlap them with a boot. For something more workwear-inspired, doing so could be as simple as wearing wide-legged jeans over a pair of combat boots or high-tops. For a more formal combination, a lace-up dress boot has a similar effect. 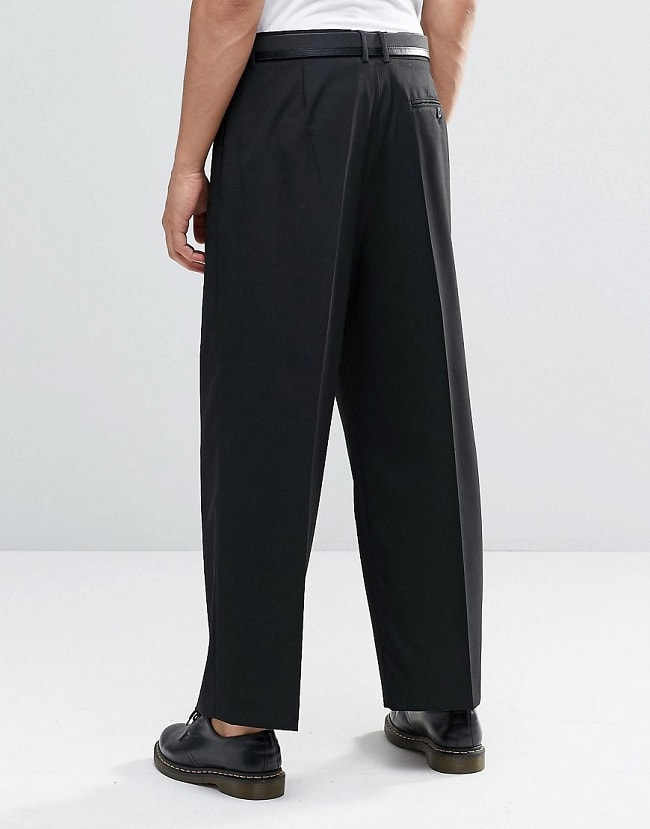 With slimmer silhouettes, you’ve tried plaid and floral prints and maybe even experimented with thicker stripes or paisley. These, alone, are impactful enough. Adding one to a wider shape, on the other hand, is overkill; pushing the style nearly into maxi-skirt territory and secondly, is nearly reminiscent of something you’d wear to an acid-fueled 90s dance party. Instead, the shape speaks for itself. Black, tan, or navy highlights its specific angles and contours, while a darker but less-common hue like burgundy, olive, or forest green throws in one extra but not extremely overpowering variable.