MARLOE RELEASE THE LOMOND ON KICKSTARTER

TRADITION AND DESIGN COME TOGETHER FOR THIS HAND-WOUND TIMEPIECE 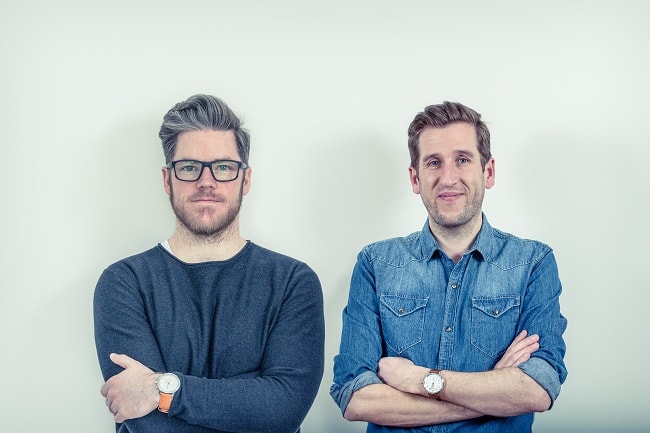 I'm forever being told to slow down. Not just by the traffic police but my old man who sees me bounce from the studio where I record podcasts, to the writing room, to the photography suite, to the editing bay. Admittedly this is all the same room but it's a frantic world we're living in and he tells me to slow down at least 10 times a day.

I'm guessing I'm not alone, that we're all moving at a 100mph, our lives once enabled by modern technology now seemingly dictated to it. So it's refreshing to see a brand moving the needle the other way. Introducing Marloe Watch Company, an independent designer and producer of wrist watches based in Oxfordshire, England. Marloe is proudly going against the grain to create the most traditional of all watches - the hand-wound timepiece. 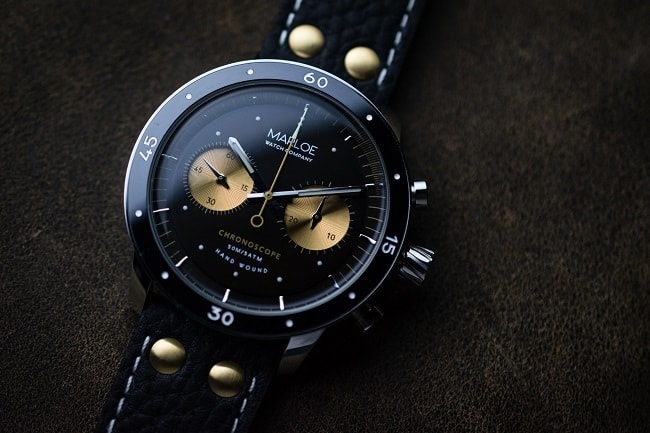 Having launched on Kickstarter in January 2016 to great success. The company’s values are strongly bound to tradition and design. And it's these values, along with a passion for timepieces, that inspired the creation of beautiful watches powered by manual, mechanical movements. 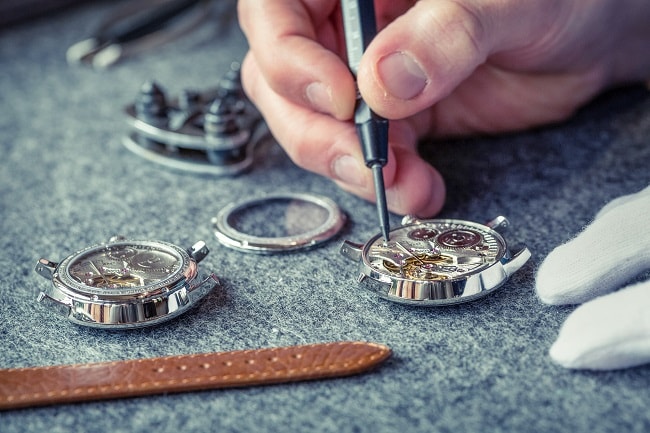 Their current Kickstarter campaign was launched on the 8th March 2017 with the aim of reaching £50,000, to present the brand's latest stunning piece – the Lomond Chronoscope, which demonstrates both traditional and contemporary origins, with a strikingly unique design. The Lomond watch comes in four colourways, split into Classic (with a white and grey dial and a telemeter scale matt ceramic bezel) and Vintage (coffee and vanilla dial with a simple 60 second scale polished ceramic bezel) aesthetics. 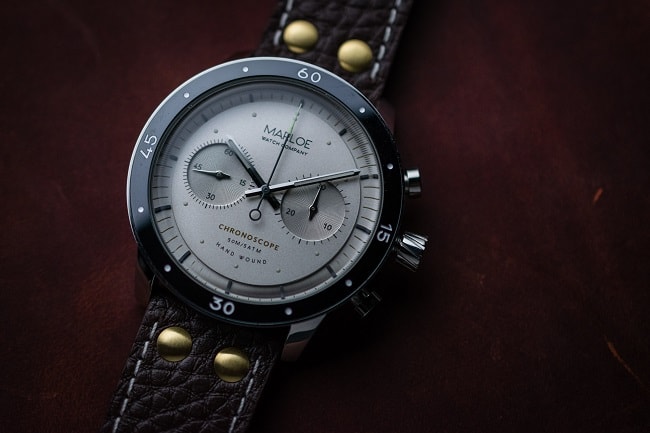 “As watches get smarter and with lives more complicated, there is a movement embracing the slow-living counter culture - going back to the simple things, celebrating tradition. So, as the technology brands fight it out over who makes the smartest watch, we've made a commitment to proudly go against the grain, to celebrate the most traditional of all watches... the hand-wound timepiece.” - Co-Founder Oliver Goffe. 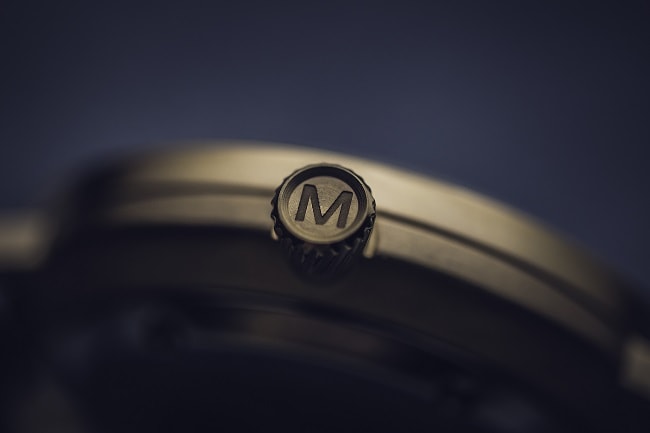 All straps feature an engraved buckle, displaying the MWC crown icon, and soft lining leather with embossed logos. Their Lomond straps also have quick release spring-bars to allow for quick and easy strap changes. The classic white fitted with bold orange leather strap is a personal favourite here at MenswearStyle.

Marloe have a wonderful business model; by releasing the watch on Kickstarter it negates the risk of losing capital, and the end user gets the watch for a significantly discounted price before it goes to market. Once you've made your purchase, your watch will be dispatched in October and will arrive in a special single tier box. This contains a single tray with its own precision-milled dense foam cavity to hold your Lomond securely in place. It's also imprinted with a clear foil logo and finished with a pristine band with their embossed crown icon. Inside you'll then find a traditional letter-pressed insert telling you all about your very own Lomond watch. 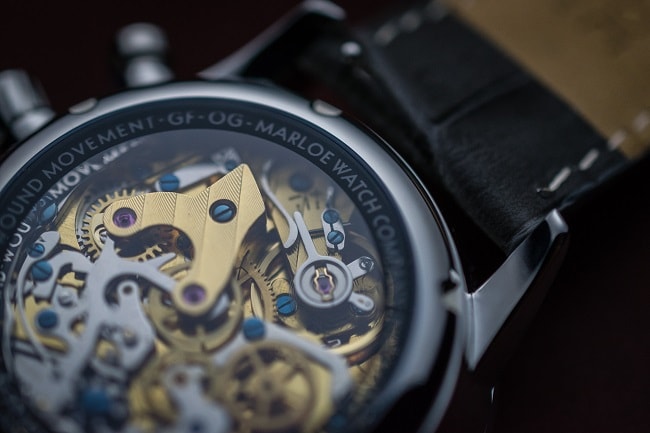 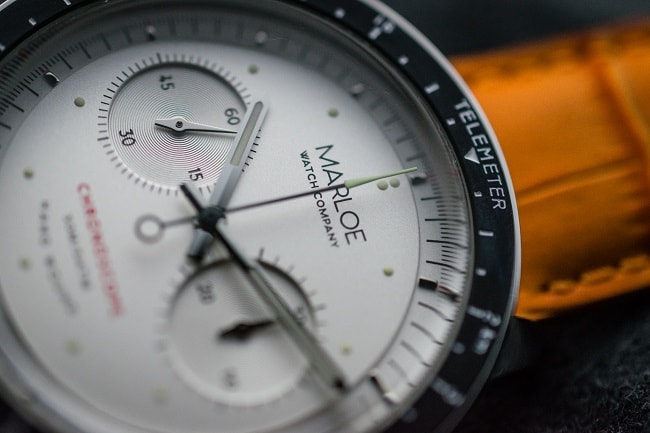 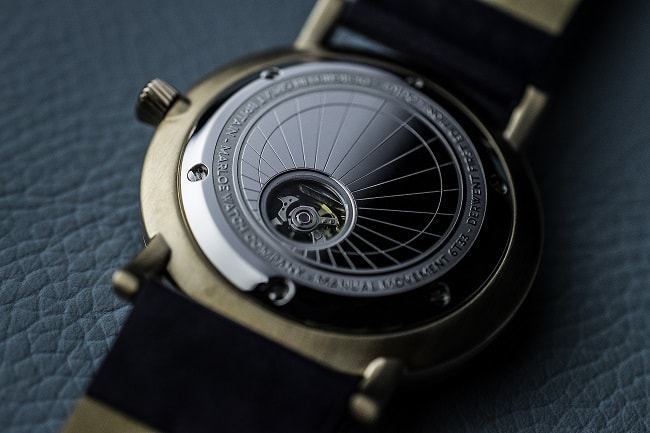 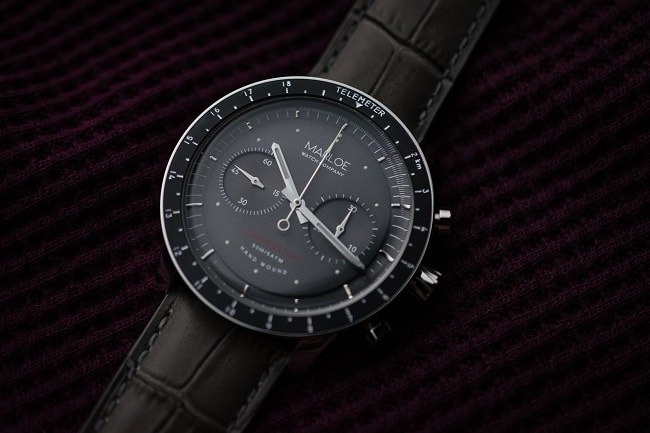