A MEETING PLACE FOR FRIENDS AND WATCHMAKING ENTHUSIASTS 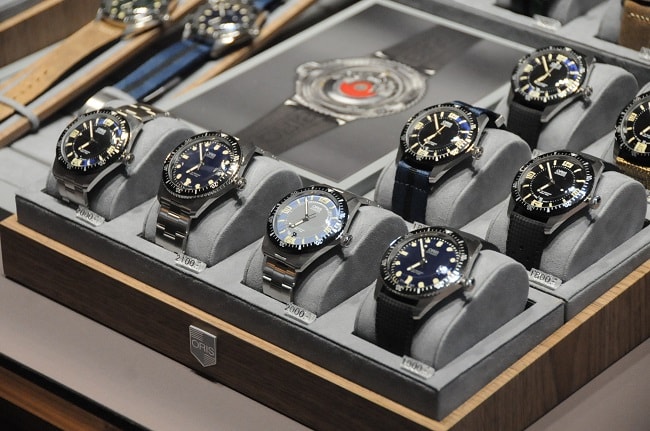 Manfred picked me up from Hotel Ibis, off Grossepeterstrasse, onto Maison Oris where I was to rendezvous with the press, meet with the chairman, then onto the 'fair' as the locals would call it, as the outsiders would say; Baselworld. Manfred drove with poise and spoke succinctly, with each question he carefully dissected me like he did the traffic, slipping serpentine through the belly of the rush hour traffic. He dressed like a crooner that was plugging a comeback album on a Jools Holland show. A reddish green paisley cravat, his silver hair clumped modishly long over his ears and his well-cut, green herringbone suit belied his occupation.

"You're going to Maison Oris?" He asked. "Sure am, you know it?" As if the remark had been a slight on his character, he rolled up his sleeve revealing an Oris Watch. "Long Tall Dex," Manfred said stoically. "I have two Oris watches. This is a limited edition, Long Tall Dex, named after the Trumpet player Dexter Gordon, you see?" He presented the Oris Dexter Gordon Limited Edition. I had read the brief at the hotel; elongated central seconds, limited to a 1000 pieces, part of the Oris Culture Collection although Dexter Gordon was a saxophonist, not a trumpet player like Manfred had falsely declared, hence the 12 o'clock hour marker shaped like a saxophone reed. 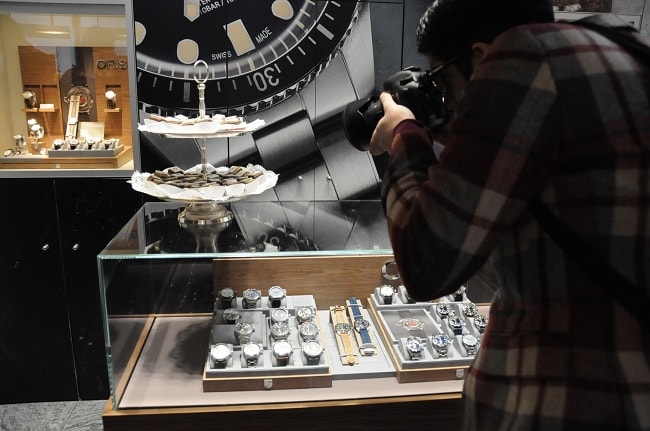 Manfred mounted the curb on the Barfusserplatz outside Maison Oris. He followed me to the store and I left him outside fetishising over the dazzling array of chronographs. Maison Oris opened in December 2016, the two-storey boutique was designed as a meeting place for friends of Oris and lovers of watchmaking. The building is steeped in history, rich in character and a symbol of the finest Swiss traditions. It dates back to the year 1299 and was built in the style of 13th century Basel bourgeoisie. It still has beautiful, historical wall and ceiling paintings that Oris has carefully protected. 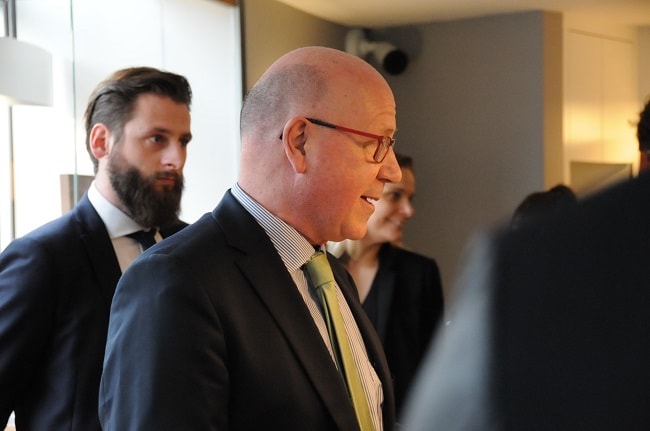 A bespeckled gentleman with a shimmering green silk tie and blue pin striped shirt sauntered towards me. "I'm a Basel native," he declared. "You’ll find a unique opportunity to experience all of our watches, and to learn more about the company’s long and proud history. There’s nothing else like it, anywhere in the world." He was quite right in his affirmation. Oris has been round since 1904 and is one of the last few remaining independent watch companies around today. Founded in 1904 by Paul Cattin and Georges Christian in the Swiss town of Hölstein, named after a nearby brook. The watch company have ridden a variety of industrial and economic vicissitudes, none more so than the distribution meltdown during the second world war and the Quartz crisis of the 80s. However, a few key decisions such as reclaiming their independence and focusing their manufacturing on mechanical watches aimed at discerning, design-conscious watch buyers, realigned their production output and put Oris back into the lexicon of chronographic heavyweights. 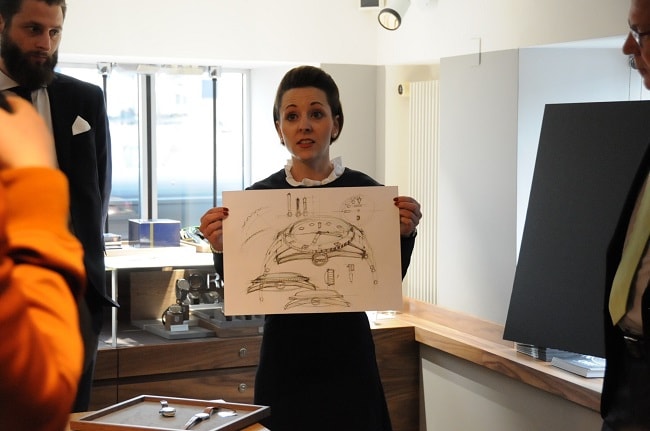 "Oris has four different collections," the bespeckled gent continued, "Culture, Divers, Aviation and Motor Sport." The brands philosophy is Real Watches for Real People (Hence the lack of a Hollywood A-lister on their poster campaigns, I thought). "We're working alongside environmental non-profit organisations, the Coral Restoration Foundation and the Pelagios Kakunja. We've pushed the limits of industrial watchmaking with recent developments like Calibre 113, a watch not only beautifully designed but with real functionality and combinations of a 10 day calendar and a non-linear power reserve indicator." The gentleman's eulogy was broken by a diminutive girl, clutching a handful of large, hand-drawn watchfaces, motioning him upstairs. "It's time for the presentation, oh by the way I haven't introduced myself. I'm Ulrich, Oris Chairman. And you are a reporter?" "Of sorts" I replied. "This won't take long, then we'll be off to the fair." 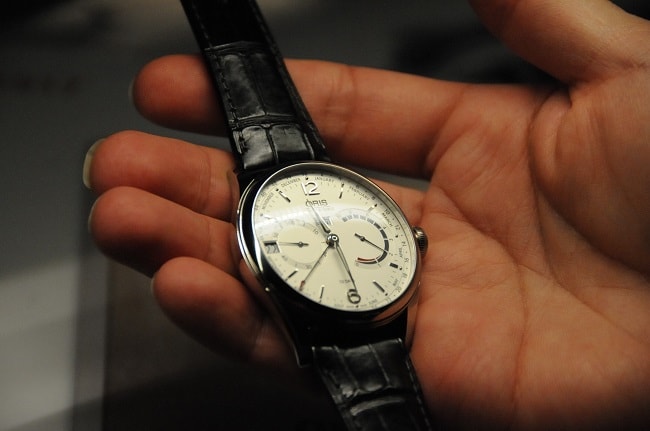