THE ORIS 65 DIVERS WATCH AT BASELWORLD 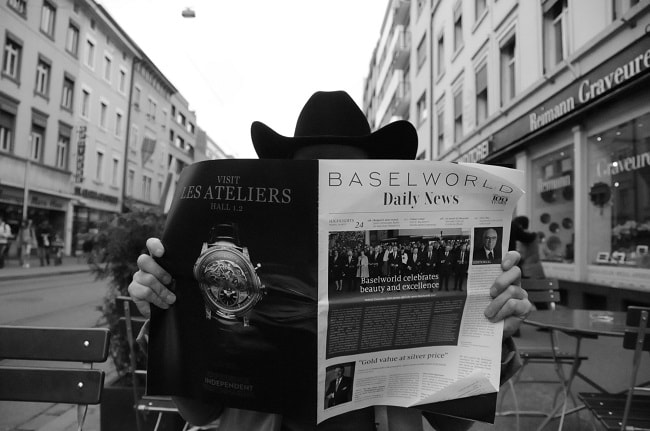 Welcome to Baselworld. Five brunette women seemingly hand carved by God, heels of the uncomfortable nature and forced smiles of the resigned kind, faced the entrance hall equidistant, dispersing floor plans to the cattle. The Oris exhibition was staged in 3 storeys. Outside the hypnotic neon light of ORIS shone celestially, like a North Star for those whom like me, foolishly discarded the floor plan in an act of ignorant machoism.

Upstairs was where we found Martinis, Sashimi and the key pieces. The key pieces from Oris, venerated to me by Social Media Manager Paul, "Our philosophy is Real Watches for Real People." Inside this aphorism lies the true DNA of Oris. A brand that has remained true to its identity of producing high quality and functional mechanical chronographs. Even reversing certain historical impediments such as the Watch Statute; a law passed by the Swiss Government designed to protect and regulate the industry that prevented watch companies introducing technology without permission. A law that took ten years to overhaul, successfully spearheaded by Oris, and remains one of the great unspoken stories in the pantheon of swiss horological evolution. The key pieces were carefully handed round the table, each being lasciviously eyeballed by a kettle of venal bloggers and influencers. 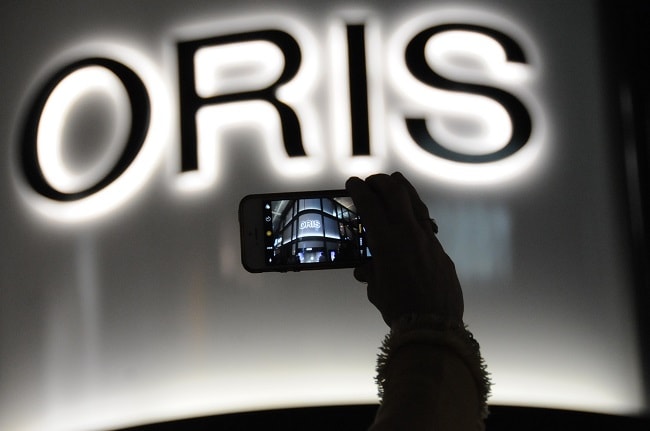 There is nothing abstract or expressionist about the Oris Divers Watch 65, the latest release from the Divers Collection, which winked with effortless austerity when cradled. Watches are a funny thing. I believe you find watches in your 30s, much like you find whiskey in your 40s, Golf in your 50s, and God when you feel palpitations on the golf course. Like an oases waiting to be discovered - one would stumble into it, rather than actively seek it. Or perhaps the planets align to create the perfect synthesis of a moment where you gaze long into a watch, and like Nietzsche said of the abyss, the watch gazes also into you. But this is the beguiling effect the right watch can have on you. And this was happening to me right here and now, at the Oris stand at Baselworld. 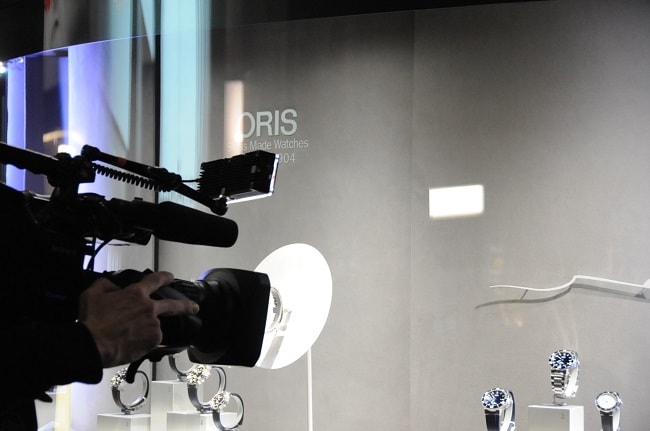 Oris has dived back in time (pardon the pun) to revive of an iconic diver’s watch that first appeared in the Oris collection 50 years ago. The new Oris Divers Sixty-Five shares the retro looks of the 1960s original, but it’s been modernised using 21st century watchmaking techniques. The case is made of anti-corrosive stainless steel. The vintage-inspired bubble-curved glass is made of scratch-resistant sapphire crystal and comes with anti-reflective coating on the inside to reduce glare and increase legibility underwater. 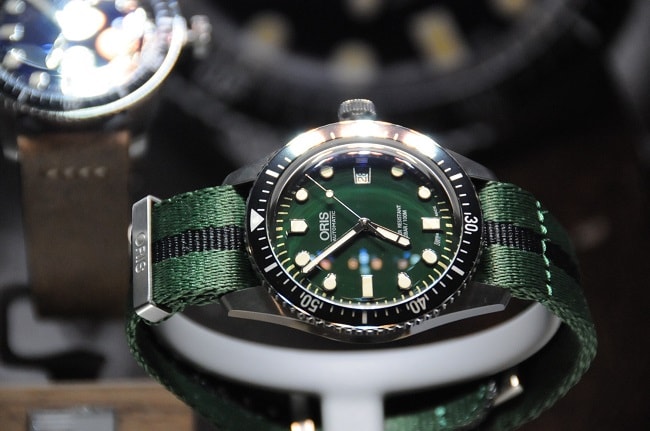 The watch can be configured easily and scientifically on the Oris website so the end consumer can tailor it to his/her preference. Amongst the panorama of key pieces (Oris Diver 65 aside), the Big Crown 1917 Limited Edition was a real show pony. Coined Big Crown so Aviators could wind the crown without removing their gloves. Until recently, it was thought the first Oris pilot's wristwatch was made in 1938. But new research has revealed that the company made a pilot's wristwatch in 1917. Limited edition piece (You guessed it, 1917 made). 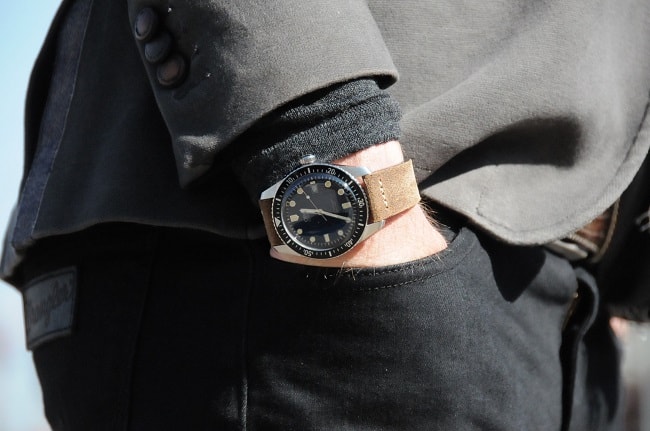 I left the stand exited for the labyrinth that is Baselworld. I took a wrong turn and ended up in a service elevator that took me to a floor not in the exhibition. I wondered around for a bit so not to break the facade of being lost. Made my way back down the service elevator sharing the lift with a cadaverous man in a high vis, a sack barrel of bottled water propped on his shin. I sensed him eyeball my Oris 65 Divers Watch, waited for a complement on my choice of stylish chronographs, which never came. Doors opened, we left. 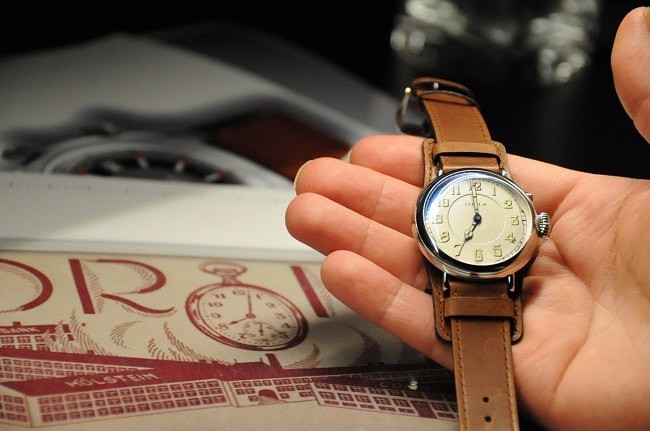