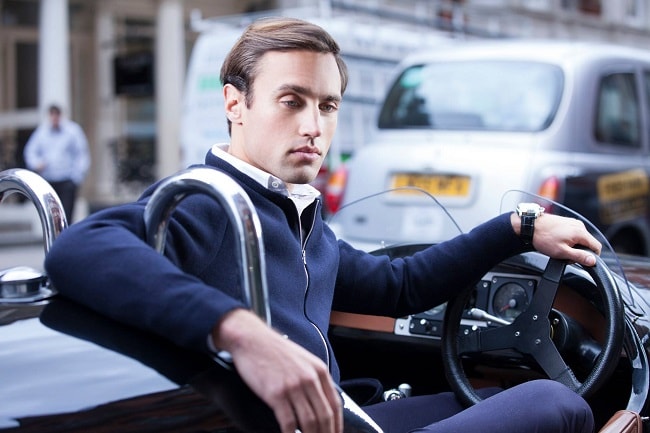 The illustrated Bond Posters were a thing of beauty during the 60s and 70s, stunted by the Dalton era in the 80s where MGM employed a traditional and benign campaign with posters by Steven Chorney. Fast forward to the last Bond; Spectre and we have our hero in his typical cocksure stance sporting a tan-leather shoulder holster and an N.Peal fine gauge mock turtle neck sweater. The minimalistic silhouette, reminiscent of the look Moore rocked in the final act of Live and Let Die, seared the name N.Peal into the forefront of men’s lexicon of knitwear. Of course for many, N.Peal was a household name brand before it adorned Craig, even predating Bond himself.

N.Peal is a luxury cashmere knitwear and accessories specialist that trace their cashmere right back to the individual herders who tend their goats on the vast steppes of Mongolia. Originally founded in London by Nat Peal in 1936. The first N.Peal shop was opened as a men’s haberdashery in London’s Burlington Arcade in Mayfair where it still remains today (recently refurbished in its original Deco styling). This season N.Peal has introduced a capsule of cashmere essentials. A collection of highly versatile leisurewear for men crafted from their 100% Mongolian cashmere or a cashmere/silk blend, resulting in soft, luxurious garments. We’ve picked out our highlights. 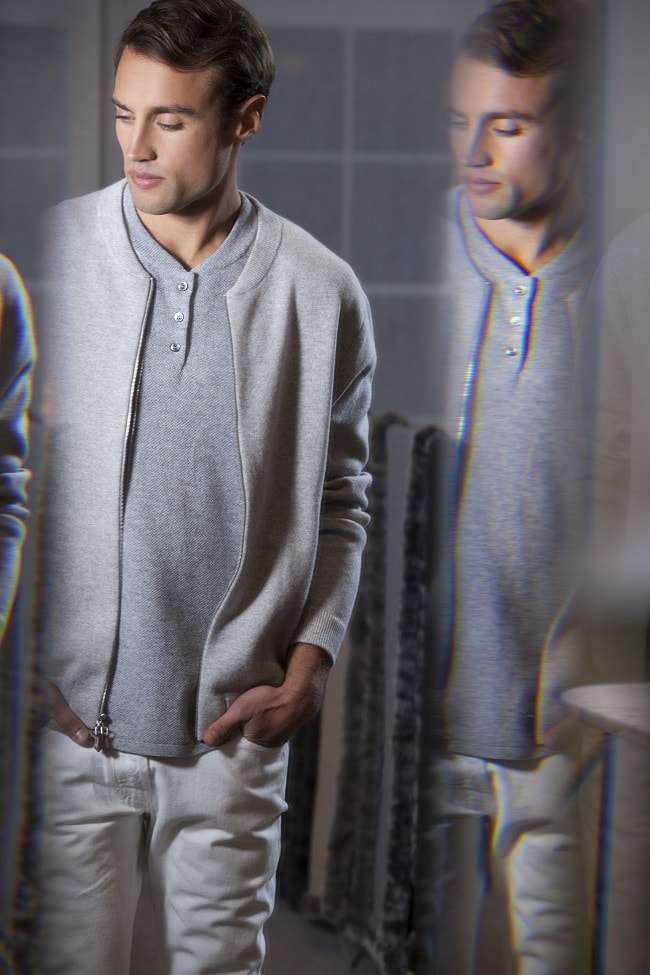 This hooded zipped cardigan is crafted from 100% Mongolian cashmere. It raises the casual game bar, especially when layered effortlessly over a white T-shirt. 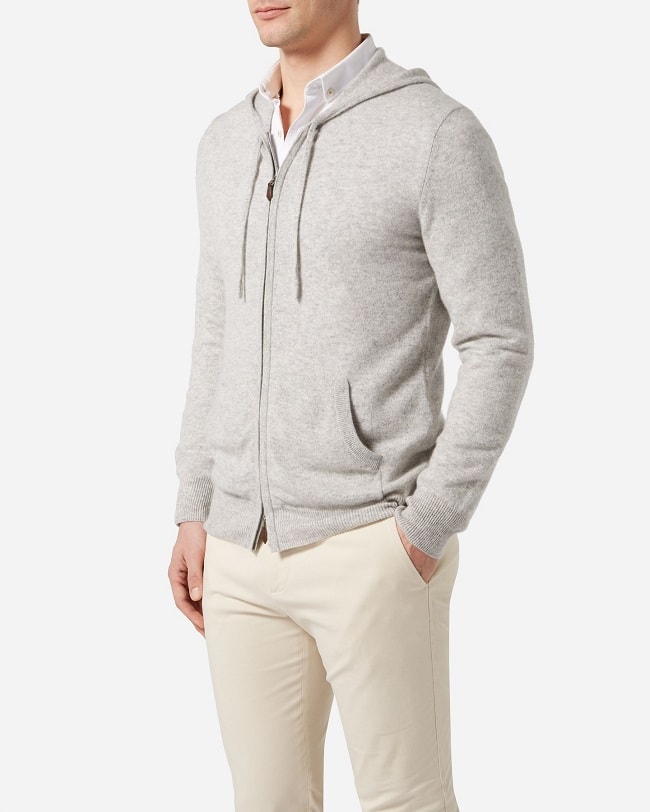 This cashmere cardigan has a dusting of American collegial wear in its design aesthetic. Punctuated with a distinctive stripe around one arm and a striped placket. Rock this down any beer garden in the summer months, tell the locals you studied at Harvard and no one will doubt you. 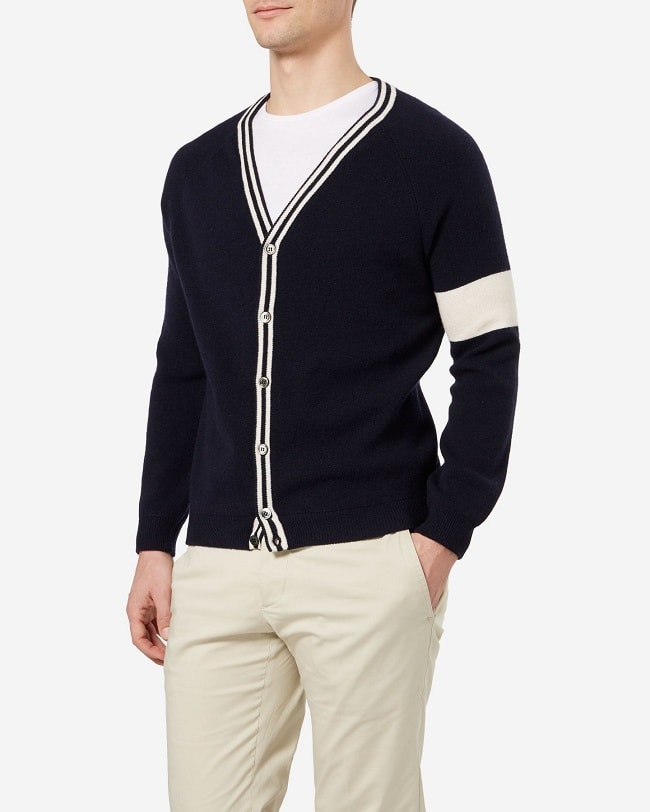 This colour printed crew neck sweater is a break through piece for the N.Peal brand. The shape of colour printed onto the knitted cashmere, opposed to knitting dyed yarn creates a contemporary and chic look. It’s subtle asymmetrical pattern alignment gifts each piece its own individuality. The unique fusion of 70% cashmere 30% silk mix gives the garment a palpable, deftly soft feel. 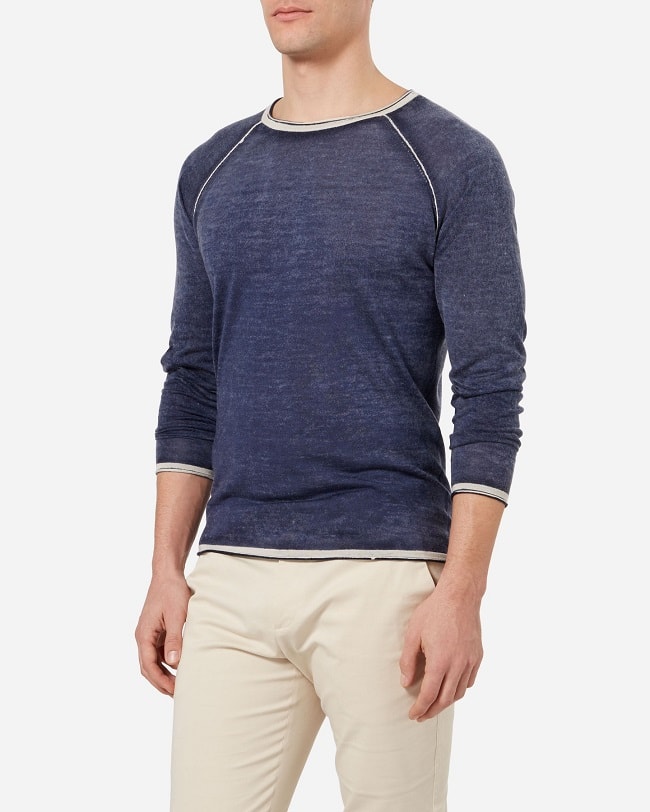 The bomber jacket predates even the brand itself. Designed in 1930, and introduced the following year for the United States Army Air Corps. Pioneered by celluloid style icons such as Gregory Peck in 12 0’Clock High (1949) then later by Frank Sinatra in the movie Von Ryan’s Express (1965) N.Peal’s interpretation is a smart two way zip with discreet leather toggles and side pockets oozing style, suave and luxury. 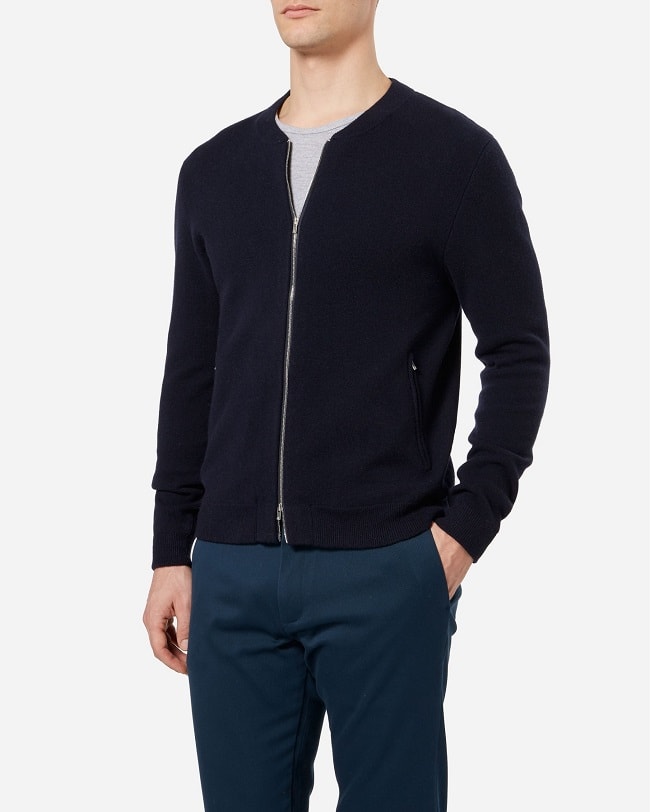 Lastly, this sporty new sweatshirt for the N.Peal man. For the discernible gent with a mania for cashmere, this piece boasts a ribbed dual tone cuff, crew collar and contrast hems. A casual yet contemporary new style for N.Peal this season. Don’t forget to view the rest of this season’s range. 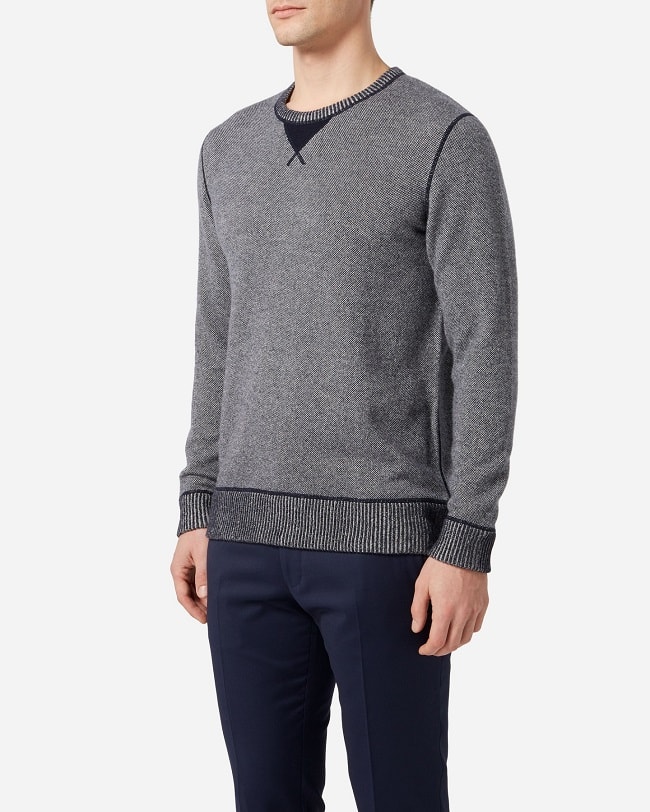