HOW TO WEAR PASTELS FOR SUMMER

A MORE TONED DOWN COLOUR PALETTE WITH MUTED UNDERSTATED SHADES 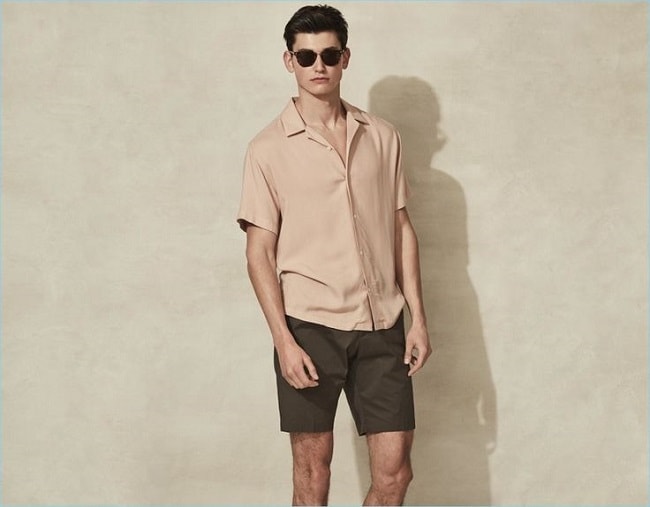 Lemon, peach, sherbet, and candy-floss pink; these sound like you’re being handed the sweetest dessert of all time, but these shades, not so much flavors, compose Spring/Summer 2017’s new neutrals. Pastels – also going by names like coral, ice blue, aqua, and lavender – return every couple of years to the menswear foray, each time with a different saturation and way to wear them. Going back to this time in 2013 and 2014, they popped with the brightness of Easter eggs or scoops of ice cream, and when worn together – one way lookbooks like Marc Jacobs’ 2014 resort collection displayed them – they gave off such a sickeningly sweet effect; too much seems saccharine, and you’ve got to say, “I’m done.”

This recent iteration appears to have learned from its past mistakes. Designers have toned down their colour palettes into more muted, somewhat dusty versions, as if adding a tinted hue to an off-white shirt. The result presents an alternative to the light blue button-down and gives you almost as much mileage. The more understated shades, whether aqua, lavender, or pale pink, simply offer an alternative, rather than a complete overhaul, and pair well with a gamut of other colours – navy to grey to tan and white. However, to look like a modern man, rather than like a Miami Vice clone, start with these tips: 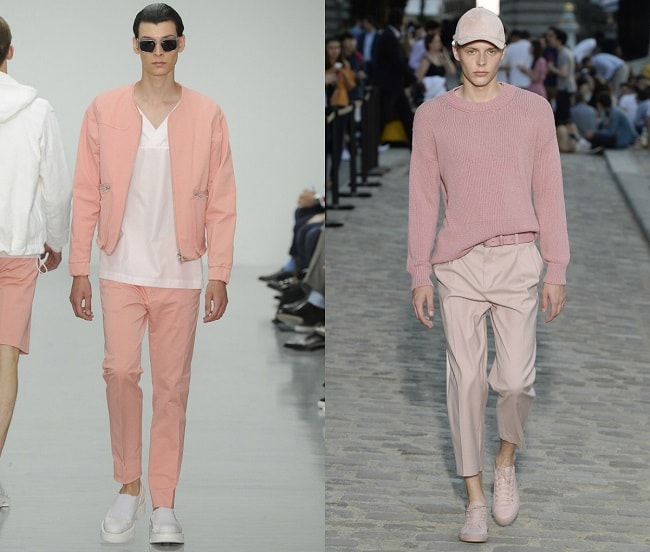 1. Treat Pastels as an Accent

In fashion, it’s always possible to have too much of a good thing – or, more appropriately, to go overboard with a new trend. This notion partially explains why, to date, pastels have never quite stuck around, and further creates a foundation for how to approach them. As a starting point, limit your shade to one piece – a polo or button-down shirt, for instance, although solid-colour trousers also expand your options. And, when you want to go beyond, get as close as you can to monochrome without, in fact, doing head-to-toe pastels. Rather, if your adventurous side wants to try out that casual suit, break it up with a darker patterned shirt or a classic white button-down. 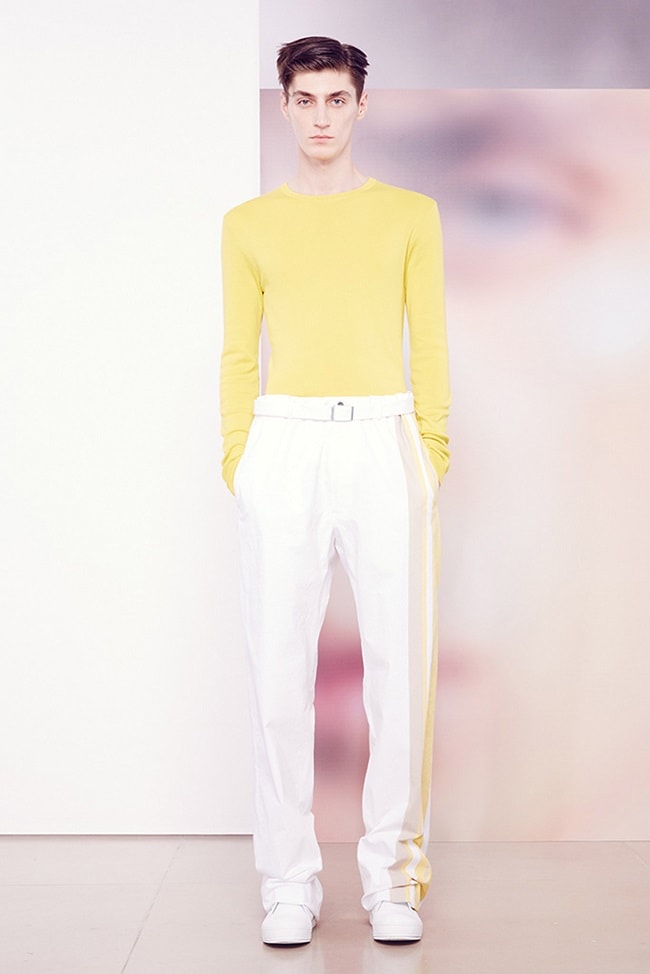 2. Throw in a Contrast

Attesting to pastels’ adaptability are its range of pairings. A true novelty shade would only make sense in a couple of contexts, but something like aqua, pale pink, or even sherbet played against navy, dark grey, or a richer brown introduces a new type of contrast; light against dark with the lines blurred. Pastels, here, mellow out and soften the harshness solid white can sometimes create, while one of the darker colours listed above lessens black’s heavy saturation. While colour-blocking gives you a baseline, striped shirts illustrate this juxtaposition through a thicker rugby or thinner nautical style, replacing the stalwart white with a muted pink, aqua, or orange variation. 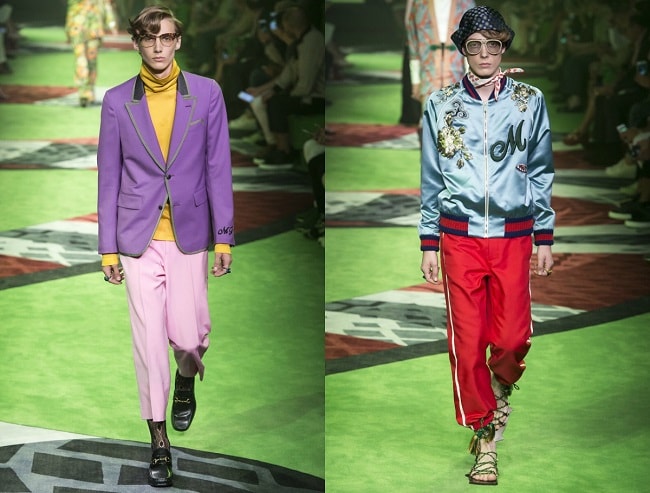 Fading or replacing pastels’ inherent brightness with a dusty undertone transforms its character. No longer does it seem like you’re being offered a dessert, but rather, its sun-washed quality implies you’ve spent the afternoon, if not the summer, vacationing in the Mediterranean, soaking up the rays at the beaches and watching the azure waters at a distance from a bleached stucco structure along the Amalfi Coast. Fitting into this postcard-like scene are lighter-coloured garments for taking in that environment; as such, to encapsulate that sophisticated-yet-hedonistic impression, round out your pastel piece with a khaki-like tan hue, lighter grey, or even white. 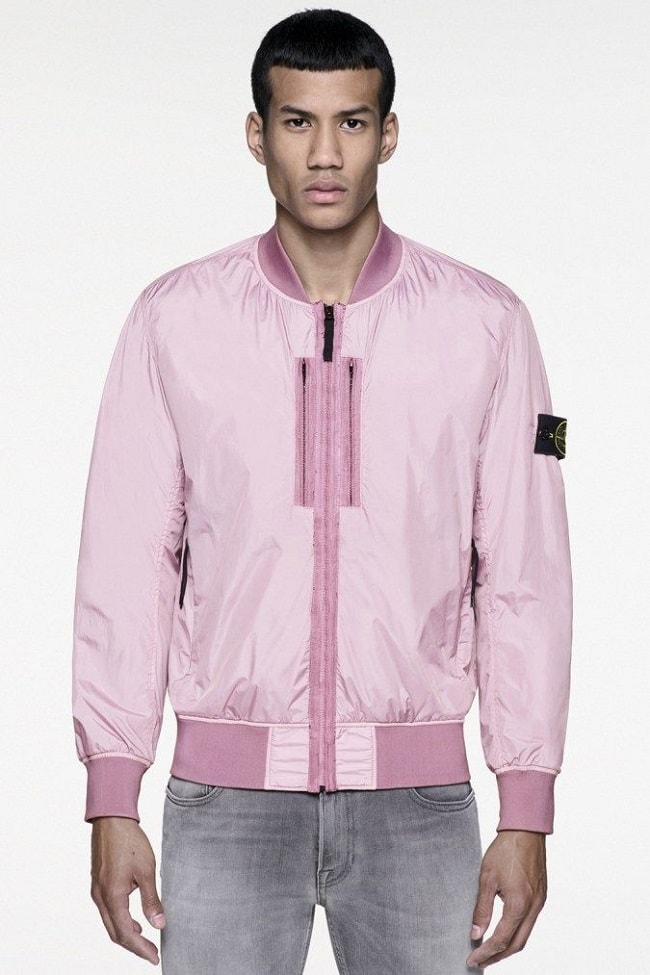 Although the occasional pastel motorcycle jacket or heavy twill trousers surface, a softer shade calls for a lighter material. Linen marks a more logical path, with its woven texture and slightly rumpled appearance infusing it with a more natural edge. The result is less artificial Technicolor and more tinted photograph. As a less-realised strategy, though, sportswear materials, such as a poly/cotton blend, pave a different route. Opening up these hues to more casually leaning pieces, the unrestricted, somewhat stretchy fit designed to let the body move leads to pastel-coloured joggers, polos, and even sweatshirts. Although streetwear brands have dabbled in such a fashion, garments from Next, Hackett London, and Ted Baker apply it through a more practical lens. 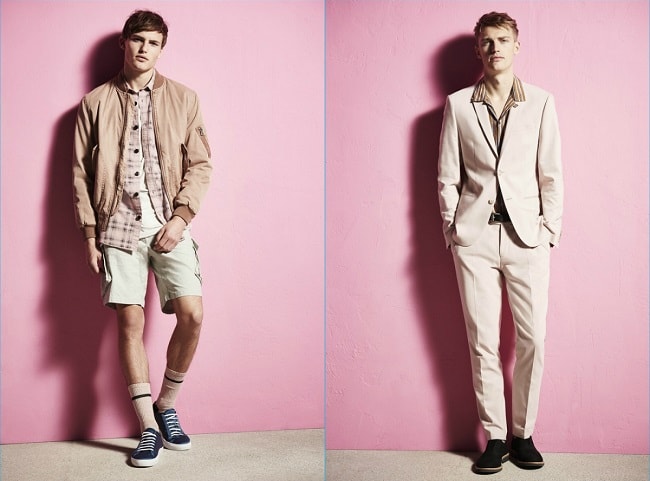 5. Create Fluidity with a Pattern

There’s a chance that, when identifying which colours work with pastels and how to combine pieces, you’ll come out looking blocky and calculated. As an antidote, try a more organic philosophy. Here, a single element – a pastel, in this case – becomes a connecting factor between garments, and a pattern more often than not establishes such fluidity. So, with pastels used as both solids and an accent shade in a print, determine where the overlap exists and align it. Typically, this cohesiveness emerges between a patterned button-down and a pair of chinos or a blazer, with the pastel changing forms as it flows from one garment to the other.