THE SUN & STARS OUT FOR ST JAMES’S FASHION SHOW

WHY JERMYN STREET HAS BECOME CENTRAL TO THE ROMANCE OF LFWM 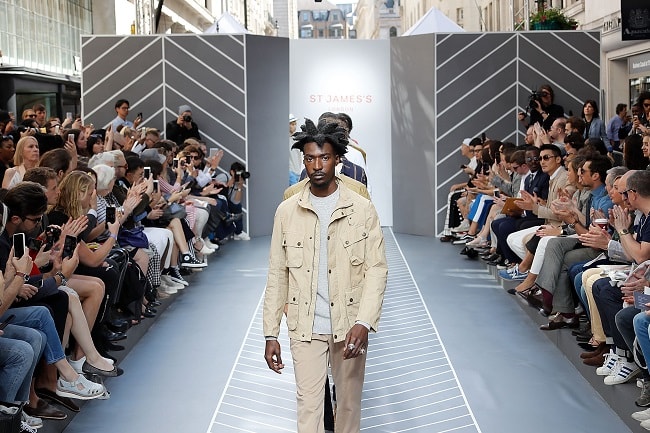 The girlfriend barked at me, one foot out the door, the other shoeing in the cat. "Just get a postcode. Ask your guy where you need to be, exactly." Proficiency and punctuality is her mantra; she would have made a good naval officer or female James Bond. She was accompanying me to the St James's Fashion Show for London Fashion Week Men’s (LFWM) on Jermyn Street. However, the only coordinates I had for the catwalk show, was simply, 'Jermyn Street'. Postcodes for events invariably indemnify strutting from street to street, venue to venue in un-broken shoes, missing large chunks of events, the good canapés, being rained on, hopelessly trawling through emails on my phone and conversing with strangers for navigational advice. But for this show, yes, all I had was 'Jermyn Street'.

My guy wasn't responding to any of my emails or texts, and when we reached Jermyn Street I could see why. The catwalk had demanded the occupation of the entire Street. Littered with the milieu of foppish bloggers, all talking over each other's shoulders, calling each other by their Instagram handles, or the one I loathe the most, 'Bro'. We've dispensed with real names now, which is semi-convenient for everyone else because I'm only survived in people’s memories by levels of intoxication at shared press trips, not by name or syndication. I've often thought, if I introduce myself as Dwight Hugsbottom from Gay Times Magazine, I might linger more prominently in people’s mental rolodex. I'm not bitter, I'm beyond bitter. 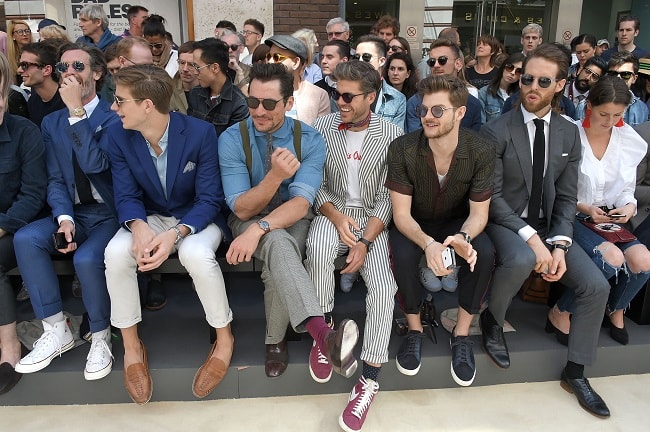 I exchanged the briefest of hugs with said guy before being dismissed to my seat. Clearly, I’d encumbered him with pointless requests for coordinates on the busiest day in his calendar. It was hotter than balls and I'd invested poorly in a thick fedora and a heavy non-breathable wool blend suit. I sweated profusely as I stared across at the heavy hitters. There was David Gandy, very much looking the invigilator in his light sky blue cotton shirt with spread collar - the green braces cradled his chiselled frame. A lesson to all that somehow, the more effortless the look, the absence of arm tattoos and the peacocking accoutrements, the more stylish you become. I took a picture of him that felt oddly invasive. Richard Biedul was there, looking remarkably like a bedraggled Vincent Cassel. And that is by no means a slight on Mr Biedul or Mr Cassel. He smokes openly, which I like. 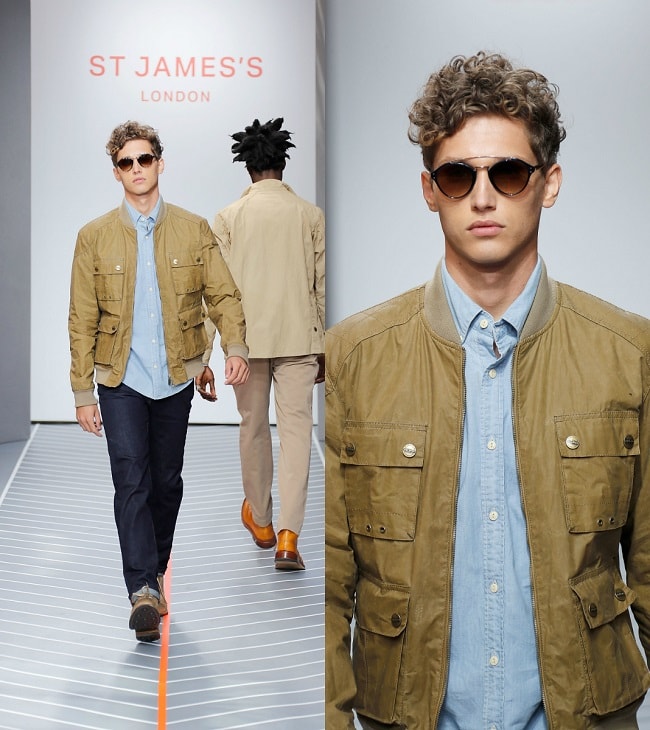 This is the third year that stylish Londoners have been invited to share the front row with the world’s fashion leaders, media and celebrities for a one of a kind show as part of London Fashion Week Men’s, bringing together a fantastic array of leading brands. The event, now a fixture on the fashion calendar, which offers a see-now-buy-now runway show – an opportunity to purchase looks straight from the catwalk in stores across St James’s. John Smedley previewed its collection too, a first ever in its 230-year history. 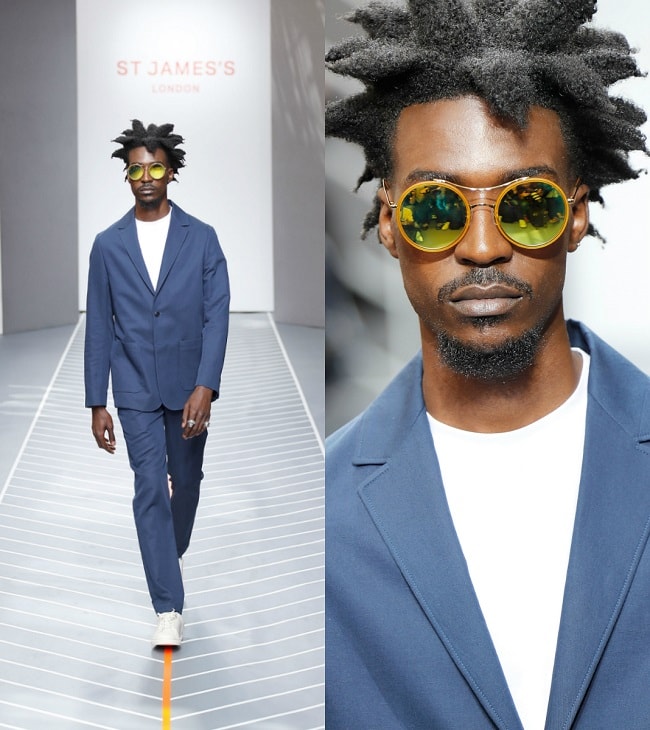 Above all, this was a celebration of London's finest. Some of the best brands in the world are stationed in this neck of the woods. Brands like Turnbull & Asser, Emma Willis, Lock & Co, and N.Peal remain assiduous pillars to the British fashion community sharing a symbiotic relationship, not connived by competition. They're proud and they've become central to the romance of LFWM. The only unidentifiable British occurrence that day, was the weather. Damn you BBC Weather App! 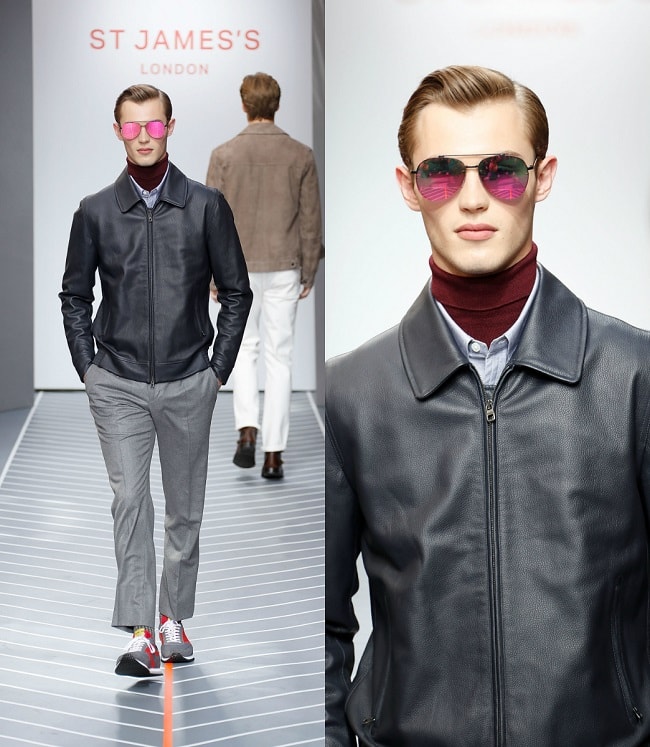