IRISH KNITWEAR TRENDS YOU SHOULD KNOW

DESIGNED TO PROTECT YOU FROM THE ELEMENTS 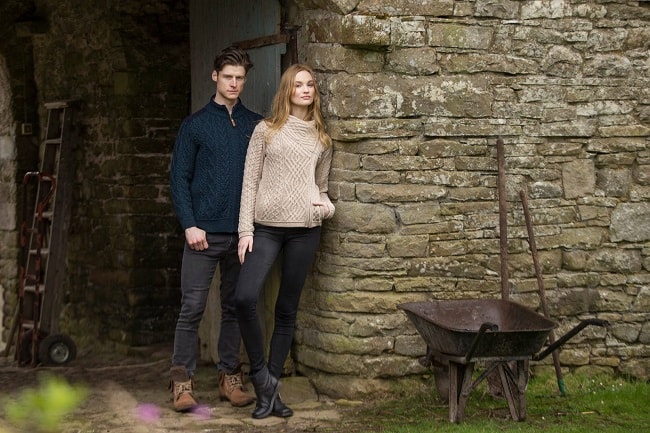 Knitwear is a popular style of clothing no matter what the time of year, especially in Ireland where the weather is unpredictable. Comfortable, cosy and designed to protect you from the elements, men’s knitwear has continued to be a staple in wardrobes around the world.

Good quality men’s knitwear is a valuable find, and something that can become an essential part of your wardrobe through the colder months. Irish knitwear in particular is a popular choice for gents; synonymous with quality, comfort and authenticity. Some of the best Irish knitwear has been born out of 3 small islands just off the coast of Ireland, known as the Aran Islands. Creating sweaters and cardigans to protect the men as they went off to work, the knitwear is still popular even today. Known as Aran sweaters, they adopt a stylish and traditional approach to men’s fashion. 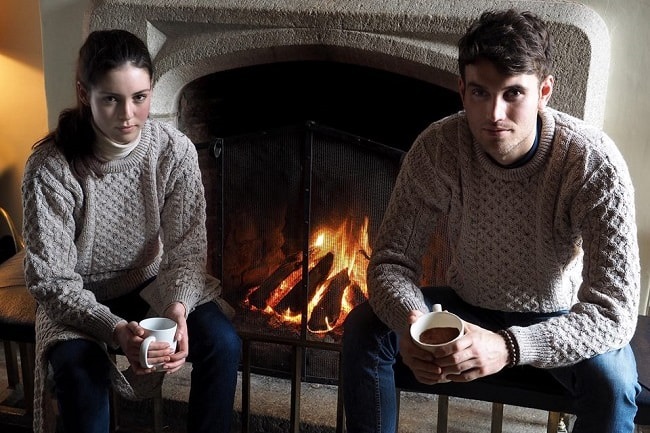 So, if you’re hoping to treat yourself to some quality Irish knitwear, you should probably take note of the latest styles that are flying off the shelves.

Renowned for their ultimate comfort, men’s fisherman sweaters are the traditional, chunky knitted sweaters that you will have seen time and time again. Taking their name from the fishermen on the Aran Islands who used to wear them as they worked, they are the epitome of Irish knitwear. Featuring an array of stitches, each one is said to be symbolic of life on the islands. For example, the the honeycomb stitch is supposed to be symbolic of hardworking nature of the people living on the islands, while the diamond stitch is said to represent the fields of the islands. However, the rib stitch also still remains a popular choice for its simplicity. Gaining popularity since the 1960s, an Irish fisherman sweater is an exceptional garment, especially if you get your hands on a traditional one. 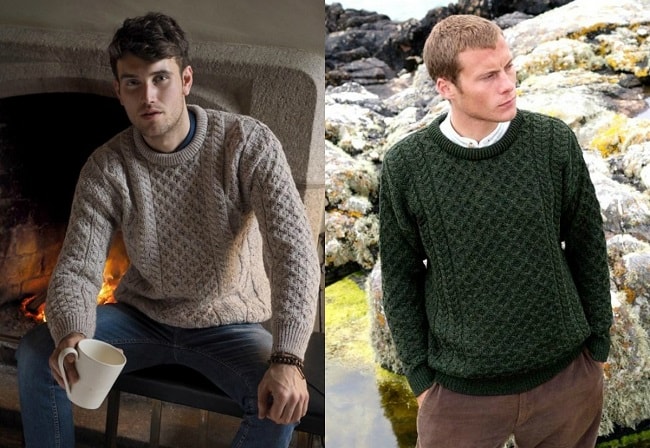 The cable knit sweater had its origins in the maritime beginnings at the turn of the 19th century, but the style has come a long way since then. The cable stitch was introduced thanks to its durable and insulating weave; it was even said to be water-resistant when created with untreated wool. Men’s cable knit sweaters have a strong link to Irish folklore too; the pattern created by this particular stitch was often said to represent parts of life on the island. One such notion was that the cable stitch was symbolic of the fisherman’s ropes as he worked out at sea. However, what was once seen as work attire has now made its way into popular culture. The cable knit sweater is often associated with sports such as golf and cricket. Actor Matthew Broderick was pictured in one in the 1980s, solidifying its strong history in men’s fashion. 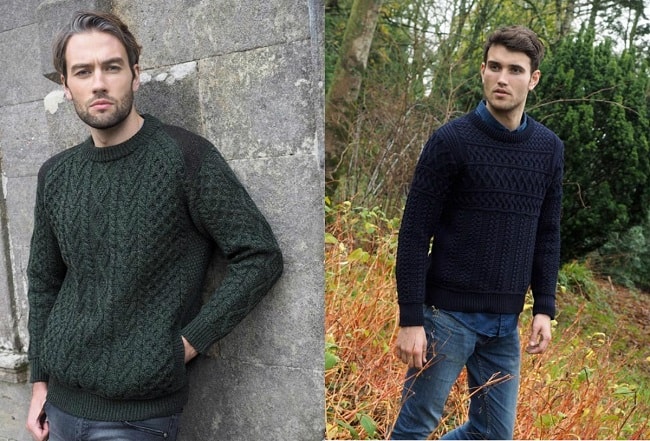 A style that has a little more to it than your average sweater, the shawl collar becomes the main feature when you need a bit of extra protection from the weather. Resembling the perfect outerwear for when the weather isn’t all that great, men’s shawl collar sweaters offer unrivalled comfort and texture. Flattering and perfect for day or night, a shawl collar has somewhat of a smart appearance and could be worn as an alternative to a coat on cool days. 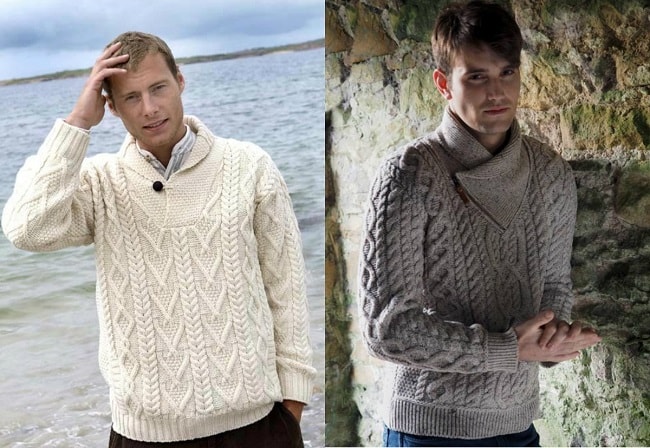