HOW TO WEAR AND STYLE AN OVERSHIRT 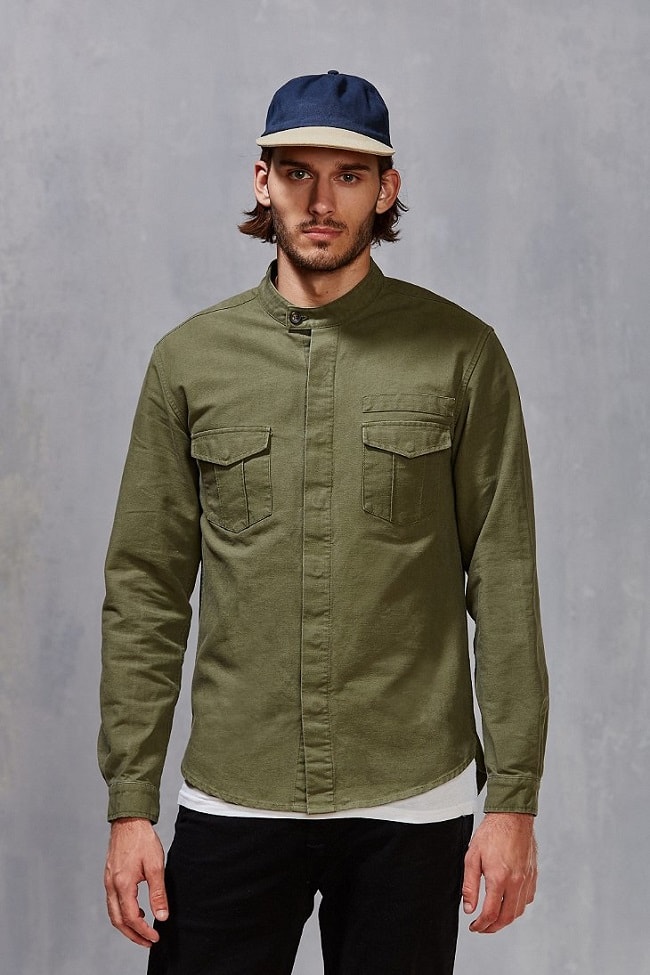 Call it a dressed-up way of dressing down. The overshirt, a trend in its current form originating all the way back in 2015, doesn’t have one solid definition. But, what it does do is multifaceted: Add warmth as a layer, emphasise the casual side of your dressy-casual ensembles, and introduce a light jacket – one more polished than a hoodie or sweatshirt – that also doubles, at least style wise, as a button-down. Following the lead of many up-to-date menswear trends, the overshirt – also called a shirt-jacket or simply a shacket – started decades ago as a practical garment, the fatigue shirt worn by the military in the early 20th century. Its construction started with heavy-duty, durable cotton – similar to modern work shirts’ cotton duck – and added various pockets to the outside – presumably for holding onto and organising small pieces of gear. Later, outdoor brands adopted its design for hiking, mountaineering, and other exploration-leaning pursuits. Eventually, by the ‘80s and ‘90s, double shirts – usually a T-shirt with a larger, heavier-weight button-down on top – became commonplace in everyday wear.

However, like any trend, it faded out, only to be revived again roughly 20 years later. This time around, J. Crew and Dior Homme realised the garment’s potential and introduced it through more of a heritage lens – influenced by military garb rather than grunge and featuring various combinations of buttons, zippers, snaps, and pockets. That’s not to say the piece’s more recent history is out of the picture; rather, streetwear’s frequent nods to the ‘90s mean it regularly makes an appearance in this form. So, with all of these factors considered, how do you wear an overshirt? 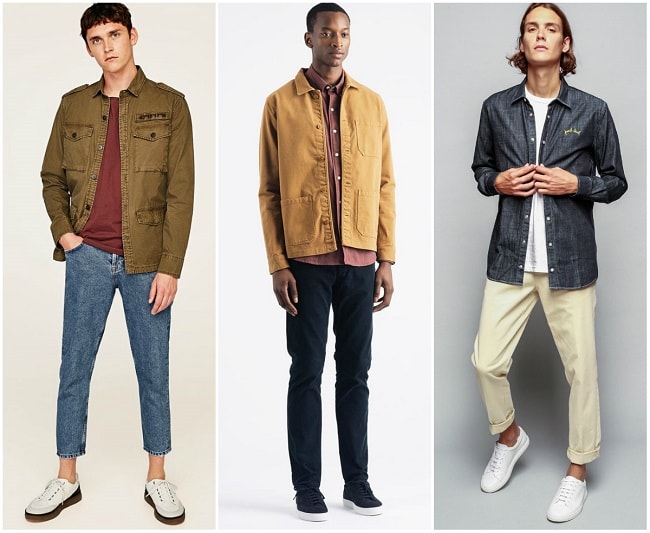 20 years ago, when you might’ve been throwing a flannel over a T-shirt, something that fit loosely – even oversize – would have been preferred, and from there, you wouldn’t have given it much thought. While times have changed, the fit hasn’t – at least significantly. Yes, you still want something with a bit more room, but now, there’s a limit. Refrain from a shirt that hangs off your shoulders or looks more like a bathrobe. Instead, a structured, slightly wider design should be big enough to fit a sweatshirt or sweater underneath. Anything more, and you’re overdoing it. Also don’t forget about high quality goods which can help to make an outfit full - watches, designer shoes, branded belt. The double check related to accessorise authentication will help to make the right choice and make it original. 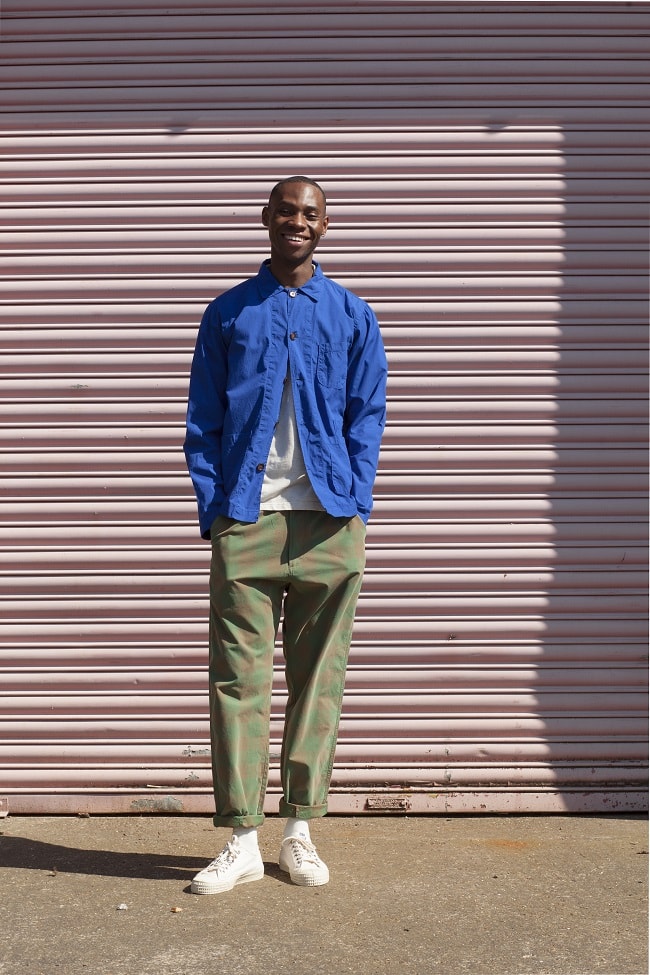 Any time you think about flannel, you automatically associate it with Kurt Cobain and Grunge acts from the late ‘80s and early ‘90s. What turned into a fashion statement at the time had a practical side, too: Staying warm in Seattle’s cold, rainy weather. Today, you can consider the same fashion-meets-function approach: Flannel, or any other heavier cotton-based material, naturally traps warmth, which is why it remains a key workwear material after decades. But, you’re not dressing for the jobsite, and with this strictly casual look, aim your focus on the contrasts. A graphic tee and plaid flannel mark a traditional beginning, but through camouflage, striped, and other patterned materials, streetwear collections open up the possibilities for this pairing. 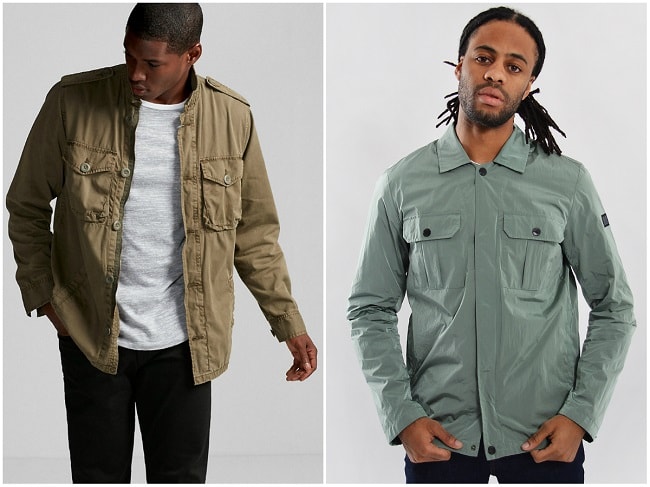 A less-retro way of wearing an overshirt is the smart-casual ensemble. It’s “smart” in the way that you begin with your business-casual basics: A solid-colour button-down shirt, a polo, or even a fitted T-shirt, and pair that with chinos or flat-front trousers. From this point, an overshirt – usually military influenced, made out of a finer fabric, and featuring a wide yet structured silhouette – fits on top. Contrasting fits and materials make the button-down over button-down less jarring, and in this case, the overshirt functions more as a lighter jacket – designed to add more warmth and coverage. As such, the buttoned or zippered front with a shirttail hem and pockets usually gets supplemented with more jacket-like features – think quilting, a layer of flannel or even fleece on the inside, and interior pockets. In short, when a bomber or denim jacket seems too heavy, this is precisely what you put on. 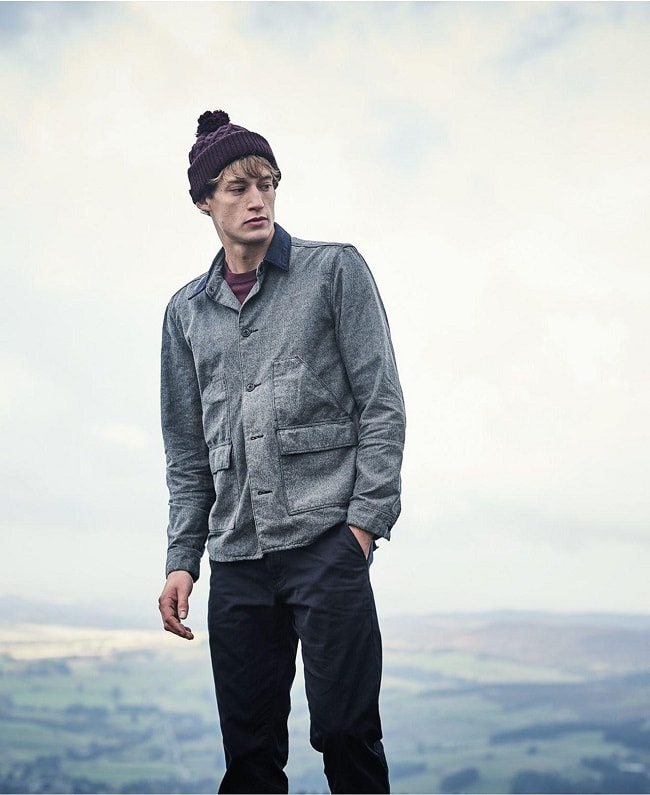 Carhartt and Dickies, from a purely functional place, have done what’s typically been called the shirt-jacket for years. Its fusion-based nature, as such, emerges quite literally: A cotton-duck exterior, usually sanded for a softer, more shirt-like sensation, holds up to whatever the day brings and typically features some combination of a buttoned front, cuffs, and utility pockets. Within this basic foundation, lining – flannel or an insulated, quilted material – gives it some degree of warmth, and moisture-wicking, stain-resistant properties prevent anything from water to oil from soaking through. Through menswear’s embrace of workwear via an Americana perspective, what results is a truly tough outer layer – one that’s worn just as easily over a button-down or long-sleeve shirt as it is over a hoodie – that also manages to look ruggedly sharp as it offers some degree of water-resistant protection. 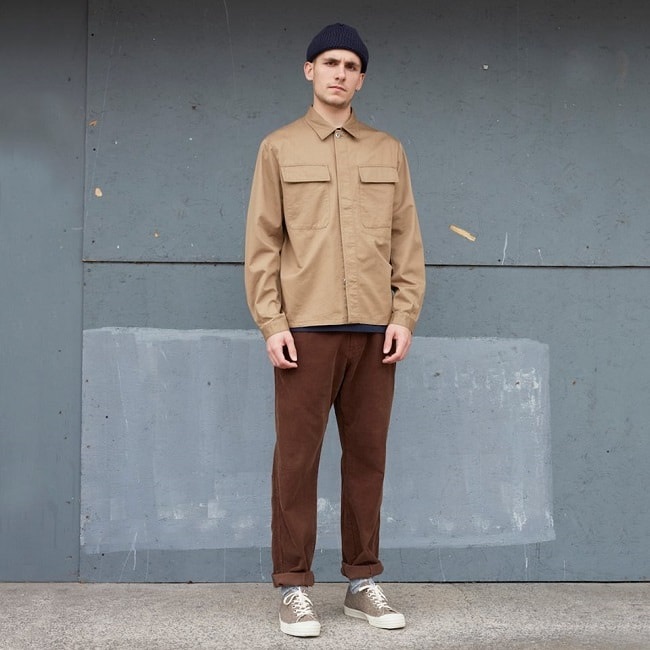 Because of its at least partially functional nature, your overshirt’s material is indicative of its performance. Generally, most involve cotton – a higher denier count and heavier weight for flannel, while workwear styles regularly use cotton duck, a canvas-like fabric. While a lining may supplement it from the inside, this garment on its own tends to feel more substantial than a woven button-down. Wool, in a sense, works in much the same way. Often blended with other materials, a wool shirt-jacket acts like any heavyweight socks or beanie you’ve owned: It won’t feel particularly bulky but it certainly knows how to trap body heat. As a more luxurious alternative, suede has its upsides and downsides. One, it can look and feel like a vintage workwear piece – but don’t even think you can wear it out in even a light drizzle. But, its matte, napped finish and soft feel never make it seem like a heavy jacket. As such, proceed with caution, or look for a more water-friendly material with a sueded look. 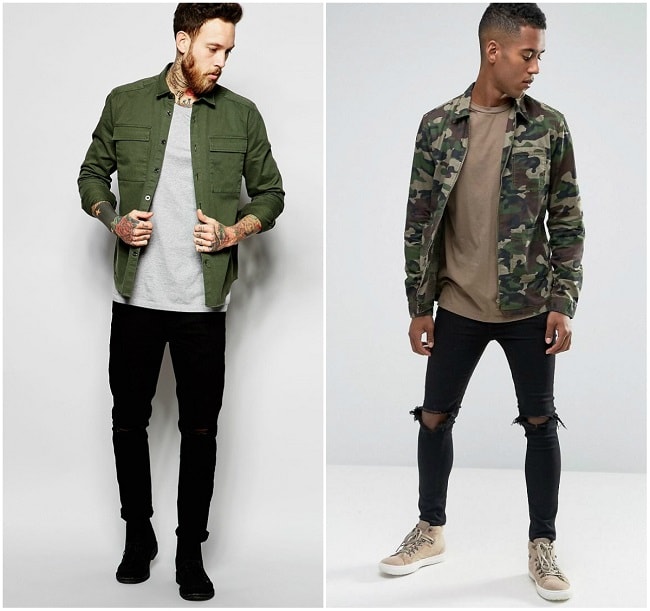