JAPAN’S REPUTATION AS A WHISKY-PRODUCING NATION IS GROWING 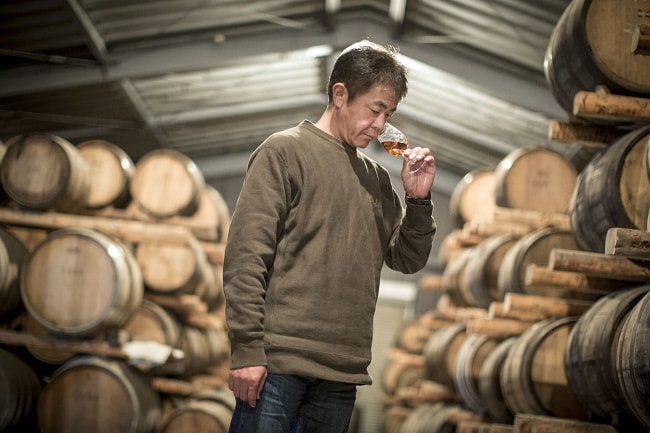 For a majority of people, Japan isn’t an intuitive source of fine whisky - which is why it’s so surprising to learn that the country is home to a popular whisky-making tradition. Although the world’s most famous single-malts and blends still hail from the Highlands and Speyside, for over a century, distilleries in Japan have been crafting their own distinct varieties - and winning over their fair share of fans at home and abroad.

Japanese whisky is becoming a serious rival to traditional scotch labels - and its appeal isn’t a passing fad. In 2014, the Suntory Yamazaki Single Cask was named as the best in the world by the Jim Murray Whisky Bible, emphatically announcing the arrival of Japanese whisky as a serious contender on the world stage. Beyond the headlines and the awards, there’s plenty more to learn about Japanese whisky - if you’re ready to dive into the culture, let’s take a closer look at some of the most interesting facts from this fascinating corner of the whisky-producing world. 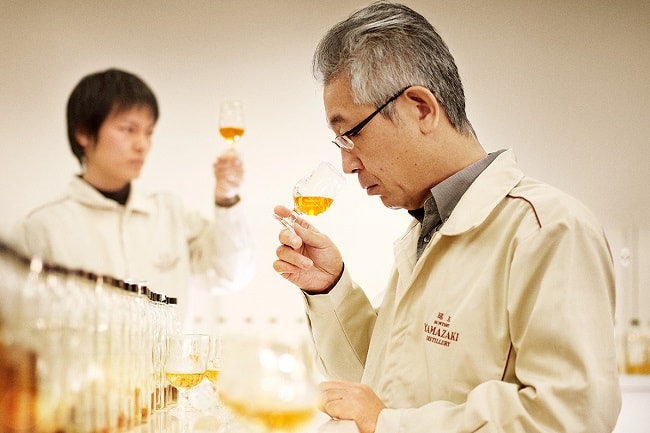 #1 A century of history

The whisky-making tradition of Japan stretches back to the late 19th century, but the spirit became widely popularised in the early 1920s - when Shinjiro Torii and Matsesaku Taketsuru established the Suntory distillery in Osaka. Torii had a pharmaceutical background, while Taketsuru had a degree of authentic experience, having spent time in his youth exploring, and learning the distillation craft in Scotland. In 1929, they introduced the Shirofuda whisky - before Taketsuru moved to start his famous Yoichi distillery in Hokkaido.

The Japanese predominantly prefer blended whisky to single malt. The cultural value Japan places on balance - and the synchronicity of flavour that blended whiskies require - may go some way to explaining this trend. Like the West, Japanese whiskies also have a prolific place in popular culture, Bill Murray’s character drinks Suntory in the film Lost In Translation, while James Bond also drinks it in You Only Live Twice. 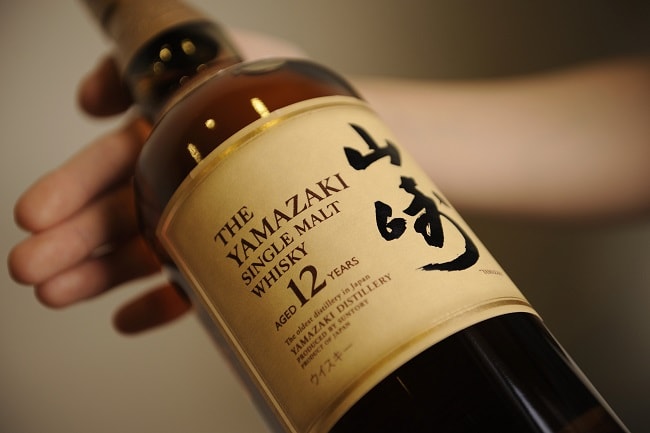 The most popular way of drinking whisky in Japan is with soda water and ice - a style known as the ‘Highball’. Previously popular in the 50s and 60s, the Japanese highball has been brought back by younger drinkers - to the extent that highball whiskies can even be purchased in cans from vending machines in airports and hotels. Highballs also offer a ‘softer’ flavour experience - making them more suitable as food pairings, another popular Japanese whisky-drinking trend.

While the Yamazaki Single Malt grabbed headlines in 2014 with a 97.5 out of 100 in the Whisky Bible, Japanese whisky has been achieving international success for over a decade. In 2001, the Nikka distillery Yoichi whisky was awarded ‘Best of the Best’ by Whisky Magazine, and in 2003, Suntory’s 30 Year Old Hibiki won the International Spirits Challenge. Japanese labels continue to place in competitions across the globe. 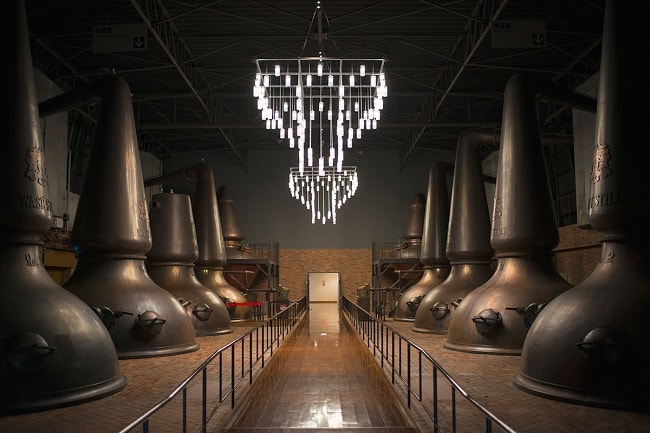 American and European Oak has conventionally been the only choice for aging scotch whisky in the West but in Japan, Mizunara Oak offers a unique and distinct range of flavours. Mizunara imparts fruity, floral and sweet profiles - but its porous nature means it cannot be used for extended periods, and must be used with other woods. On another tasting note: Japanese whiskies are less peaty than their counterparts - due to a lack of natural peat sources.

Many Japanese distilleries produced whisky using bamboo filtration, which can take place in addition to, or instead of, traditional charcoal filtration. In addition to its Japanese cultural associations with purity and innocence, bamboo filtration mellows and enriches the whisky, ands adds a fruitier, sweeter flavour profile. 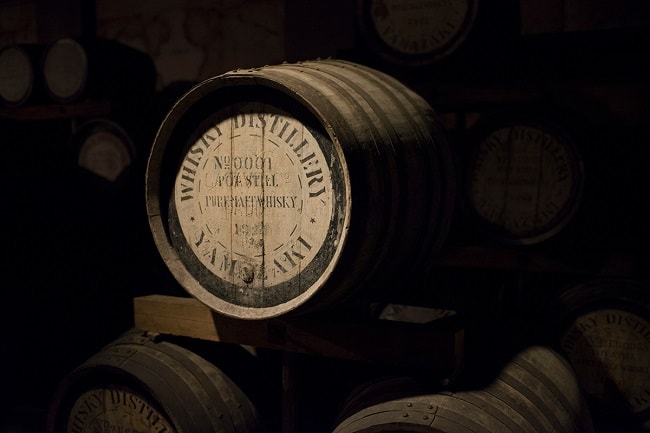 For all its distinctiveness, Japanese whisky is obviously heavily influenced by, and connected to, Scotland in terms of preparation and process. Suntory actually owns several Scottish distilleries, including Bowmore and Auchentoshan, while the barley used to manufacture whisky across Japan is predominantly imported from Scotland (since domestic Japanese barley isn’t suitable).

Japanese distilleries are some of the highest in the world in terms of altitude - thanks to Japan’s mountainous topography. Distillation at between 700 and 800 metres above sea level involves a lower boiling point (thanks to the lower pressure environment) - which in turn produces a thinner, lighter-textured whisky, and a greater range of aroma. 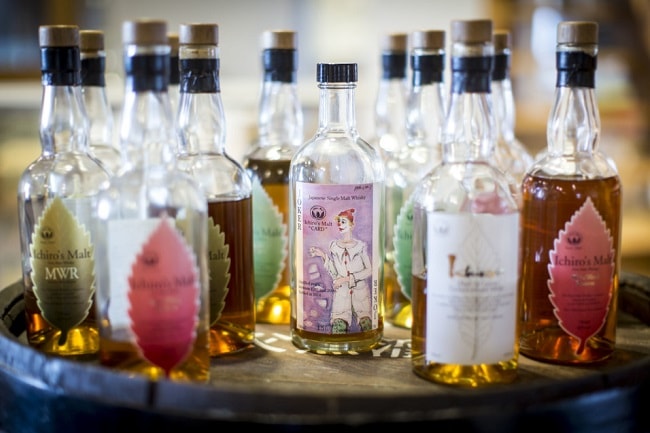 In Scotland, distilleries tend not to share their whisky stock - exchanging and selling barrels to each other to help balance their products. This practice doesn’t happen in Japan, instead a much smaller number of distilleries produce a greater variety of whiskies themselves, keeping the entire process and ingredients, in-house. The Yamazaki distillery for example, produces over 60 distinct single malts.

Like their counterparts across the globe, Japanese distilleries produce their share of rare whiskies; the priciest of which can reach into the hundreds of thousands of pounds. Unsurprisingly, Yamazaki is well-represented in this category, with a bottle of its 50 Year Old going for over £250,000. Obviously, those kinds of prices aren’t for everyone, and whisky fans will be pleased to know that the popular 12 Year Old and 18 Year Old bottlings can be obtained for under £500. 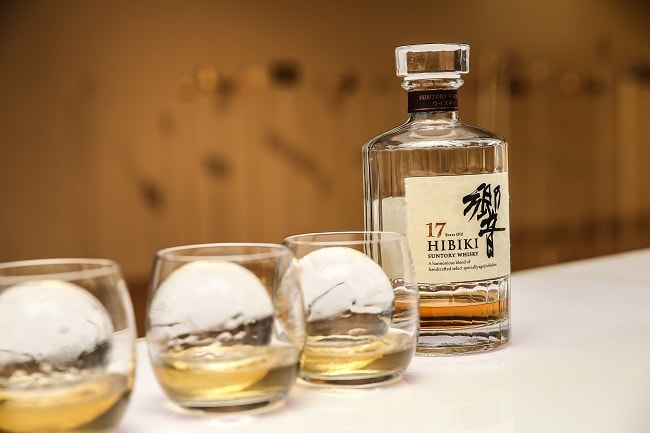 Other than Scotland who makes the best #Whisky?