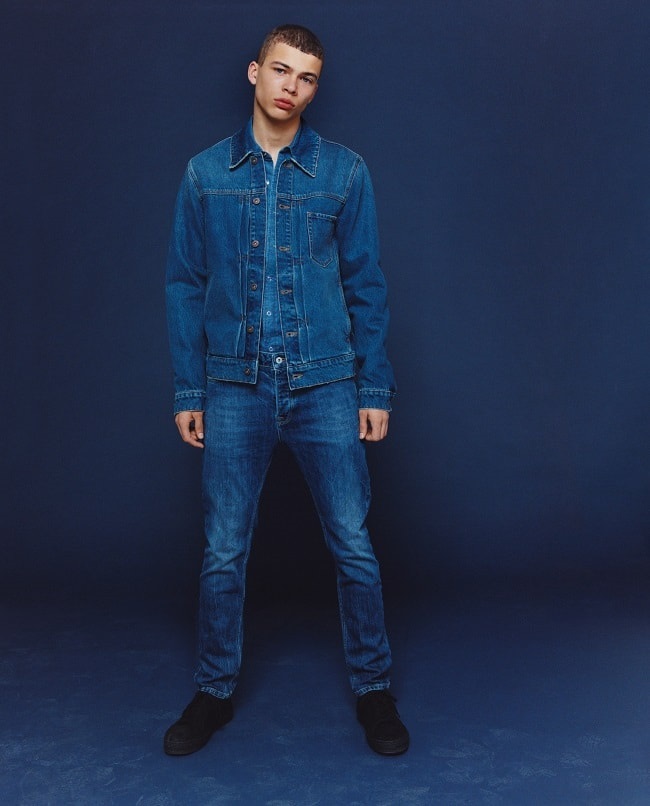 This season Topman has introduced a new generation of denim. Jeans influence the way we dress more than any other item of clothing, and to celebrate, the Topman editors are taking a look at menswear’s most hotly debated trend: Double Denim. ‘Double denim is cool again’ is the ‘Die Hard is a Christmas movie’ of fashion writing. Everyone knows that, it’s not like you’ve not had some god sent revelation of a greater truth, you’re just rewriting an article you read that was itself a rewrite of an earlier think piece that was itself… At this point the idea is so well-known and accepted that I wouldn’t be surprised if the next time I visited my gran she was decked out in an indigo wash jacket, some selvedge 501s and a denim headscarf. Why it’s cool again is a topic that a cursory Google search didn’t have many results for though so I’m going to have a bash at that instead.

On February 26th 2014 at 8:00am, the fashion world had a collective brain haemorrhage when it was decided that ‘Normcore’ was the Next Big Thing. From New York to Milan, Paris to London, spoonfuls of almond milk porridge were suspended en route to expectant mouths and overpriced coffees went cold as editors tried to get their heads around an article in ‘The Cut’ that proclaimed that uncool stuff was cool now. Fiona Duncan’s hugely influential piece described it as ‘stylized blandness’ and ‘the kind of dad-brand non-style you might have once associated with Jerry Seinfeld’. The idea boils down to this: anyone can look cool in something that’s cool but you’ve got to be really cool to look cool in Crocs. 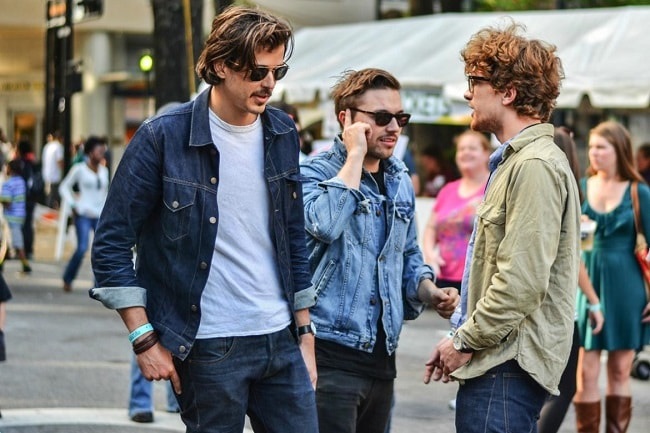 Frankly, its ideas like this that make people think fashion is bloody stupid because if you go to, say, a village pub and you see a rambler wearing hiking boots and a Patagonia fleece you don’t think ‘there’s a guy who reads The Cut, what a stylish man’. You think; ‘I really hope he doesn’t start talking to me about craft ale.’ But, if you see someone wearing the exact same outfit in, say, a Soho restaurant dedicated to home-made crisps, you’re supposed to recognise he’s a Cool Guy who Doesn’t Care What You Think About His Clothes. It’s an exclusionary clique that relies on the viewer to do the hard work rather than the person putting his outfit together. 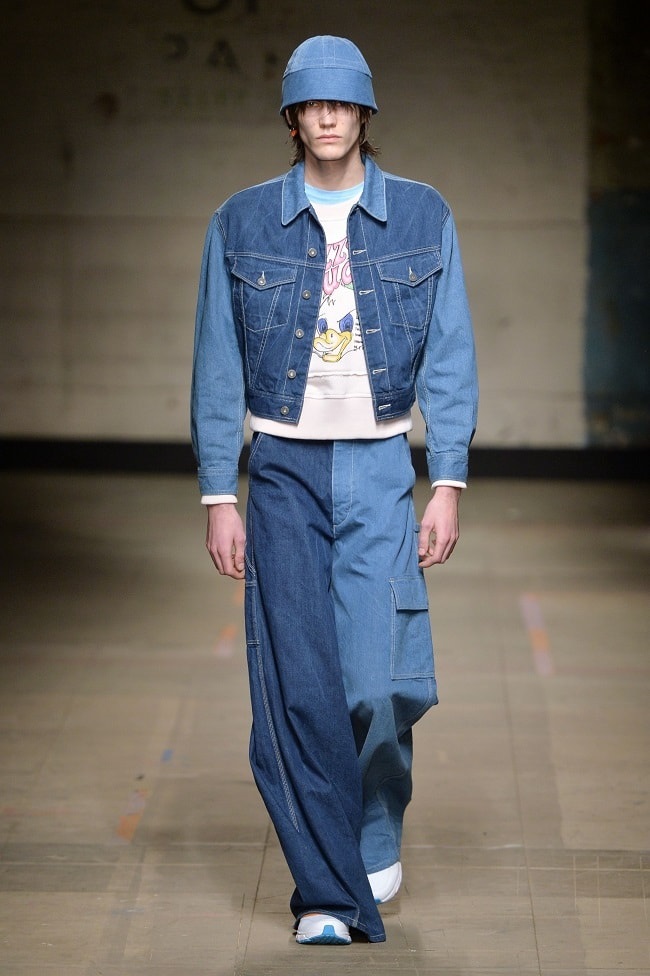 But no matter how much I gripe, it’s not going to change the fact that this got the wheels turning on a trend that’s still influencing what we’re wearing today. In fact, you’ve got to give props to the fashion world for taking what was essentially an ‘anti-fashion’ movement and making it fashionable. This is where the rise of double denim really kicked off because at the time you’d have to think long and hard to come up with anything less cool than the much maligned ‘Canadian Tuxedo.’ I mean, look at that pic of Britney and Justin. 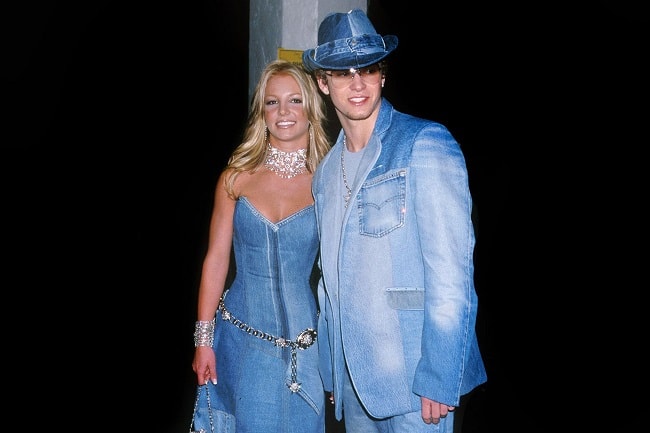 I’m of the opinion that spending your time thinking about the least cool thing you can think of and then going out and buying it, is a bizarre thought pattern but I recently bought a £90 pair of low top Converse because they were made in Japan, so who am I to judge how other people spend their money? What separates double denim and some of the naff things that ‘Normcore’ dug up is that it is, objectively, pretty cool. I mean, look at Steve McQueen in this picture. 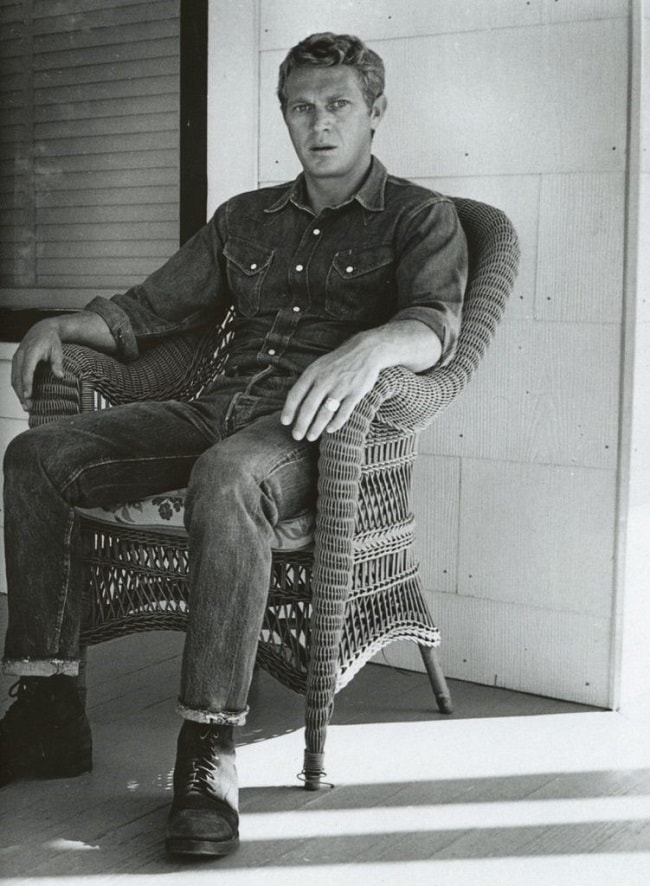 It’s a very male, classic and rugged look that evokes a classic, practical form of masculinity. We might have overdone it a bit in the 90s with the rhinestones, but if you go back to these old school washes and cuts, what you have is a versatile, unpretentious outfit that you can wear pretty much anywhere. The fact that it came from Normcore might be the equivalent of going mining for shit and unexpectedly hitting a vein of gold, but it’s a good look just the same. Iconic and perennially cool, denim and jeans are the things we wear the most but finding the perfect pair can be tricky. From skinny to slim, explore Topman’s new denim campaign - a celebration of the fabric we live in. Click here to explore their improved range.

Would you wear double denim? #style