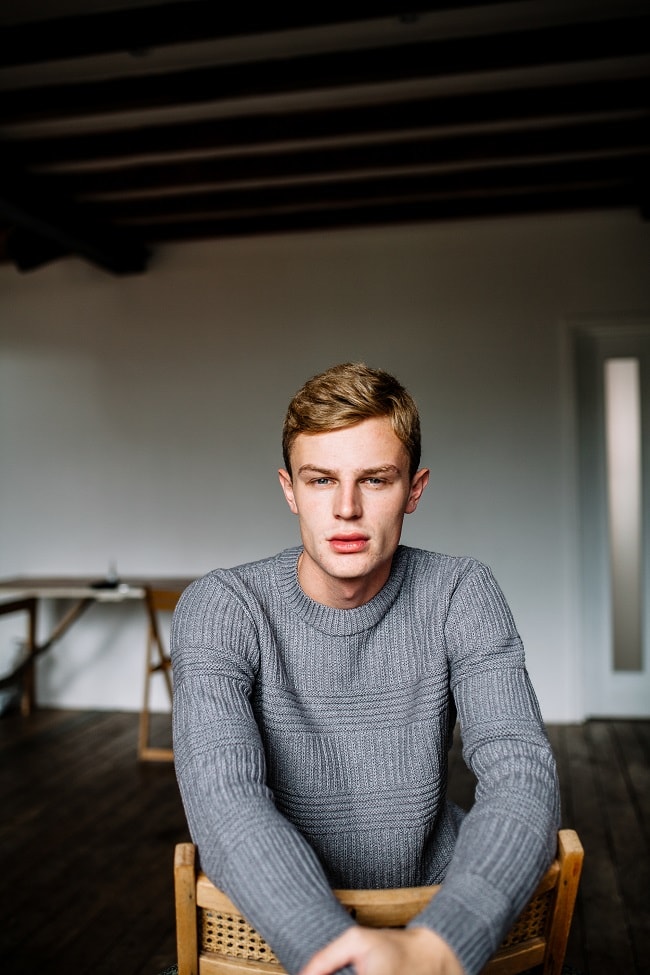 It’s just a sweater; something you likely thought at one point. Its design – wool or acrylic knit and often cut to be worn over a lighter shirt – comes off as almost practical. A style element is there – perhaps a V-neck or prominent ribbing – but knit garments tend to only see the light of day when you wake up to below-freezing temperatures and drab grey skies.

AW17, and now AW18 lines, have attempted to reverse this pattern, putting knitwear on par with an all-over print sweatshirt, a go-to hoodie, or an attention-grabbing layering piece. Colours and patterns flesh out its role in your wardrobe – London Fashion Week Men’s made this shift evidently clear – and vintage elements in multiple forms elevate it above a stodgy staple and veer it away from an ironic normcore expression. Update your look with the following: 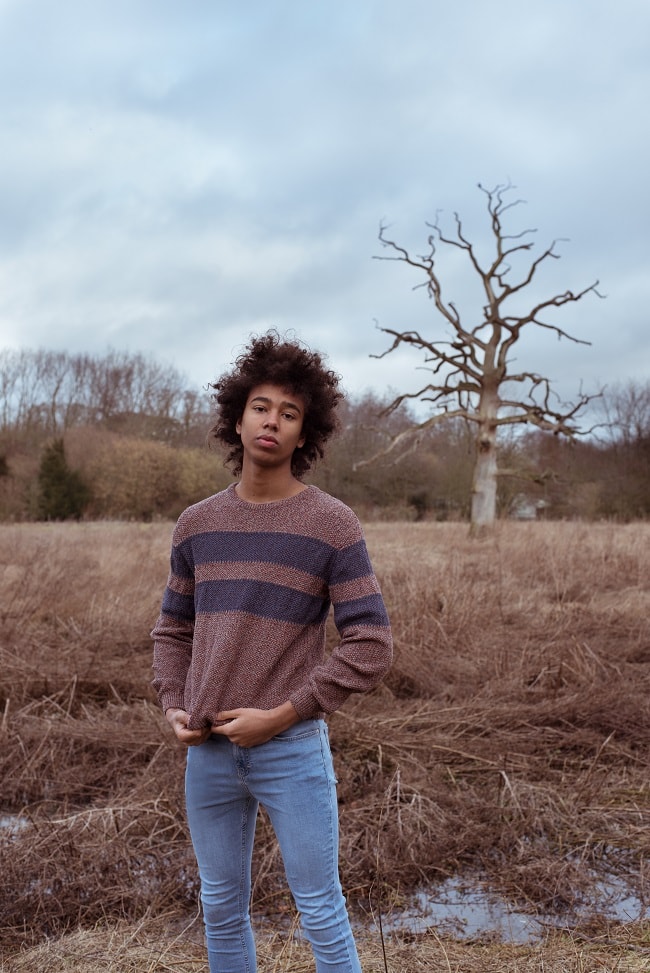 Connecting this season’s styles with the recent AW18 shows, statement knits blend this wintertime staple’s comfort and warmth with the design elements of a graphic T-shirt. At its most basic, retro ski elements – particularly, bold hues and geometric colour-blocking – make it seem like you’ve spent the weekend in the Alps, perfecting your skills and refining your style. Just a level above, bold patterns knit into the body – Liam Hodges’ Mr. Blobby motif exemplifies this – elevate what seems like a 'dad' sweater above ironic territory. Rather, the concept indicates that, in keeping warm through these chilly months, you don’t have to settle for solid black or another neutral hue. But, that doesn’t mean these shades are totally out of the question. Heavier, textured wool, braid-like cable knits, and knobby surfaces create that “statement” effect without splattering a rainbow everywhere. Instead, the slouchy fit coupled with an even more textured appearance hints at roughness and ruggedness – you’ve been out exploring the heath all day – with just a hint of refinement. Another off-shoot, the graphic-based sweater reminds us of everything late ‘90s – logo- and slogan-based designs to contrast-heavy images. Only, this time around, what would’ve appeared on a long-sleeve tee gets a mature upgrade – and one that doesn’t require an overshirt once winter arrives. 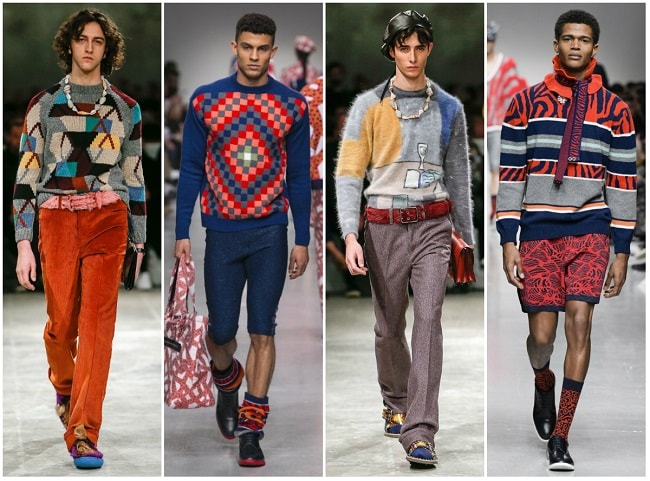 Thankfully, stiff, V-shaped collars aren’t adorning this season’s knitwear. But, like many of the ‘70s influences that returned in the fall, the references tend to be subtle. There’s no heavy-handed disco grooves emerging from polyester-based construction; instead, the brown and orange-based tones, rich or slightly faded, seem lifted from a period western or Clint Eastwood shoot-‘em-up. Accompanying this solid or patterned combination, a shapeless yet not oversized fit and textured knit communicate two things: You’ve got vintage coolness down to a tee, but your comfort simply won’t be compromised.

Your New Sweatshirt or Hoodie

Many of us just aren’t feeling athleisure, in spite of its multi-year presence. So, if you’re looking to layer and seem reluctant to pull over a sweatshirt or zip up a hoodie, knits – as sweaters or cardigans – are your best bet. Almost for this reason, knitwear has taken on various active elements over the past year. Chunky knit with a quarter-zip or buttoned front makes the optimal layer in more ways than one, while J.W. Anderson’s AW17 show made the case for exaggerated oversized fits with geometric elements. Additionally, the sweater fleece, frequently equipped with a hood and zippered closure, implies that, while your garment can feel soft on the inside, you can still look polished when returning from a run or training session. Along with these aspects, weathered and space-dye characteristics – both ubiquitous amongst athleticwear – translate well to knitwear. Marled knits, composed of two or more shades, have the same dithered effect of seeing a cotton-based material fade and wear out after too many washes. 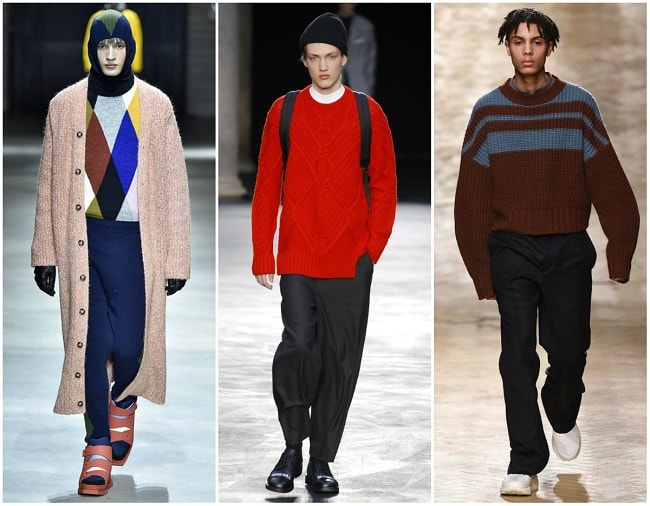 A mock-neck is just too slight, in this case. When you think warmth, you associate it with coverage, so why leave your neck bare? This silhouette literally goes up and over expectations, with the neck usually doubled over, falling just below your chin. For a slouchier fit, a cowl neck has a similar effect. Beyond coverage alone, a roll-neck sweater does double-duty as a polished midlayer. On any winter day, pull it over a T-shirt or similar base garment, and keep it under an unstructured blazer or bomber. Per updated layering rules, the varying neck heights and knit versus woven materials create two levels of contrasts. 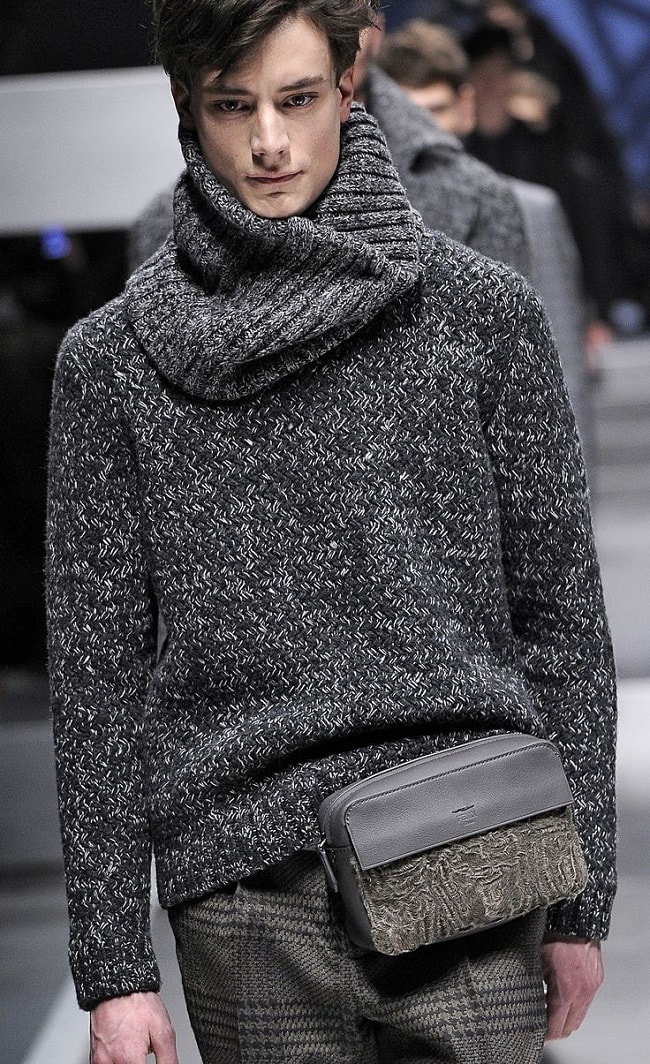