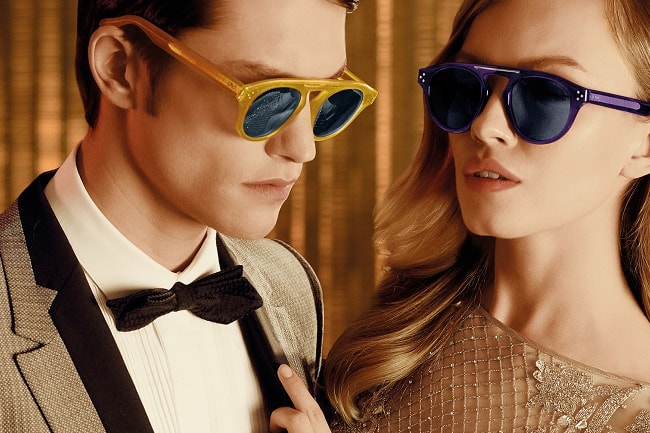 If Spring/Summer 2018 could be summed up with one phrase, it’s this: You can’t go wrong with being classic, but it’s far better to make a statement. Translating that into eyewear, you can keep your traditional wayfarers, aviators, and even your Signets and Clubmasters around, but now’s the time to toss around some colour, try out narrower or larger frame shapes, or think about the standards from a new perspective. It’s the season of the party suit, so why not let your sunglasses make just as much of a splash? To get you started, we’ve rounded up SS18’s must-try shades:

When trends go in one extreme direction, it’s only natural that they reverse somewhere down the line. Think the slimming of men’s silhouettes from the late ‘90s through the late ‘00s, or the sharp shift from wide-legged trousers to skinny jeans around 2008. Some changes inevitably unfold gradually, and others suddenly, and men’s sunglasses appear to be going through the latter scenario. More specifically, what’s been roughly seven years of round lenses – Clubmasters starting in 2011, and those John Lennon-esque frames in 2016 – has come to an end. In its place are the thinner, angular, yet similarly retro-influenced shades dubbed “Britpop” sunglasses. No, not everyone’s taking cues from the Gallagher brothers or Blur, but statement frames have suddenly evolved to feature three distinct characteristics: Rectangular shapes, thin metal frames, and coloured lenses. Altogether, they’re a throwback amalgamation that’s especially timely and is only truly recognisable if you lived through that part of the ‘90s. 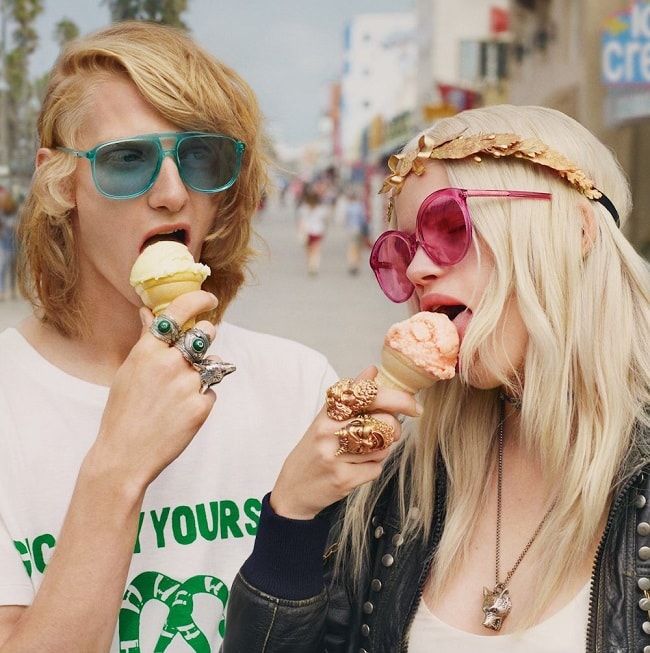 It’s hard to believe that the original came out nearly 20 years ago, but when it did, its influence, both for action flicks and style, was hardly a flash-in-the-pan moment. So, amongst all the revived ‘90s trends, Matrix-style frames – more of a unisex trend than menswear specific – are a mature, versatile, easily adopted counterpart to the Britpop look. The shape remains similar – think rectangular, with slightly rounded edges for men, and a narrow cat’s eye for women. And, even the frame material shouldn’t be anything more than narrow, dark-coloured wire. Anything thicker, and you’re in hipster territory. The lenses, on the other hand, veer away from Britpop’s rainbow assortment and into black, charcoal, and gunmetal territory, with just a slightly gradient look. 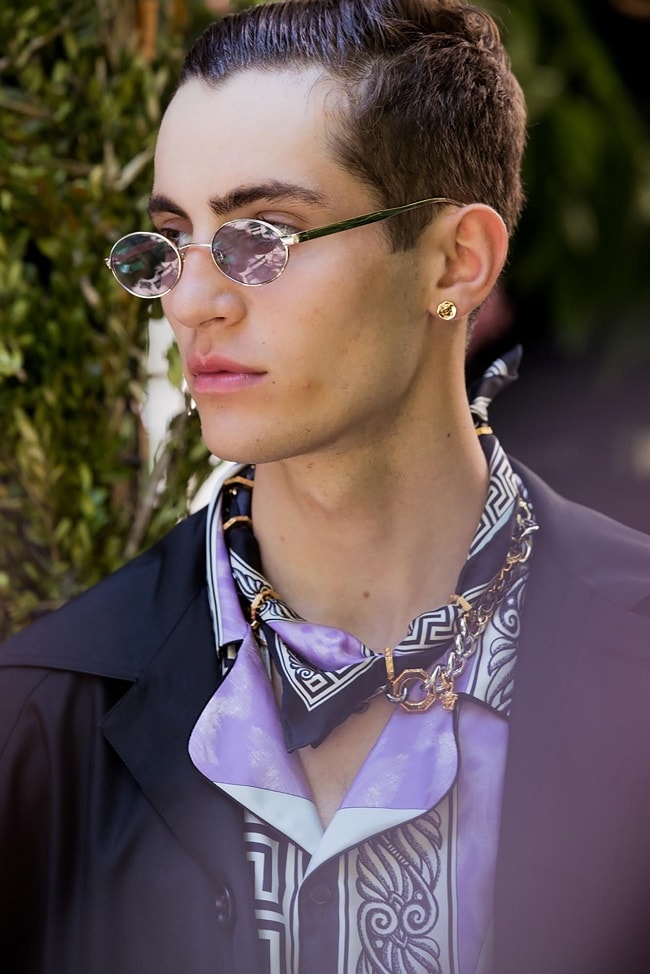 For the past few decades, oversized frames solely fell within the domain of women’s styles – think of those sparkly Juicy Couture sunglasses or anything Paris Hilton sported during the height of her popularity. Now, though, partially fuelled by last year’s ‘70s revival, men’s sunglasses are getting the “bigger is better” treatment. In this instance, there’s no one right way to wear the trend. Rather, both aviator and wayfarer frames appear slightly larger. However, sharper angles or strictly geometric interpretations make them seem more like a glamorous statement, and less of a stylistic monstrosity. Nothing’s subtle about oversized frames, so, if you’re going to go all in, this is the way to do it. 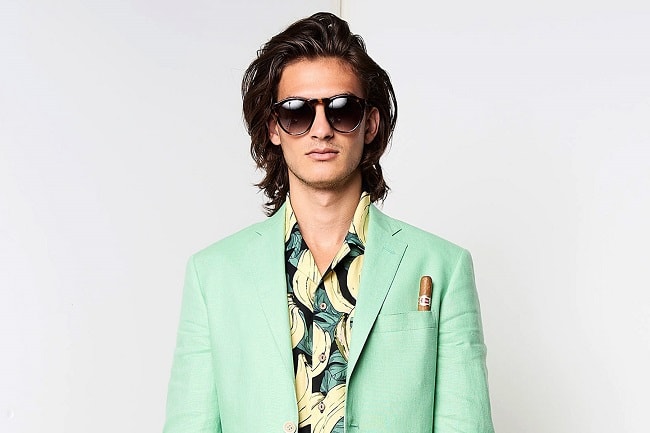 Forget about horn rims and thick, mock-tortoise frames. For SS18, retro hints have been tossed off, thrown into the pit of dated irony, and what’s left is straightforward. A rounded, although not quite circular, shape creates the foundation for a classic contrast: A dark lens and thin metallic frame. If you’ve regularly reached for aviators over the past decade, consider transitioning over to this similar but overall smaller style. In any case, be mindful of how the round frame flatters your face shape: The lack of corners is ideal for angular and oval shapes and less so for rounded or less-defined ones. 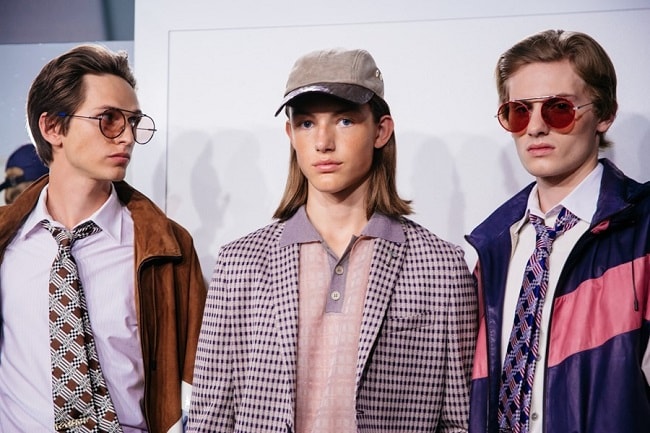 What started close to a decade ago as an ‘80s throwback style is still around, but in its own right, the wayfarer is a modern-day classic. Yet, along its new path, forays into dayglo territory, metallic hues, and variations on mock tortoise show that the wayfarer is truly the do-it-all frame. Nothing really comes close in terms of versatility. As such, another reinvention seems inevitable. With Ray-Ban’s new Wayfarer remix as the lead, this frame now appears more angular and larger or thinner, depending upon the brand. As well, its frame continues to open up the doors to new materials, colours, and patterns: For SS18, look out for metallic shades, lighter, nearly transparent colours, and even the look of, if not actual, bamboo. 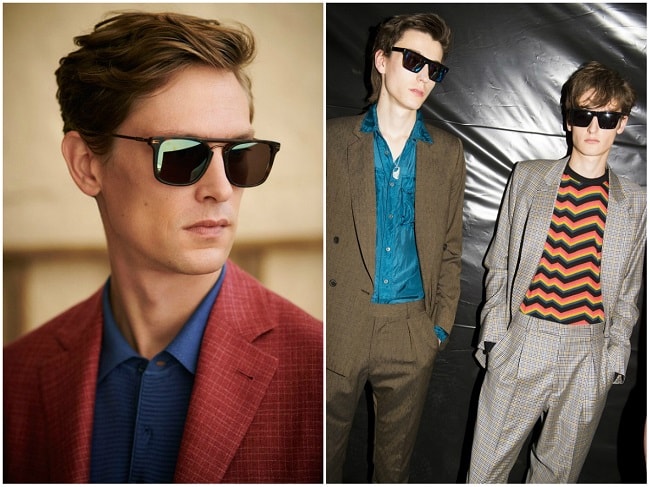