THE INFLUENCE OF SPIRITUALITY ON FASHION

FREEDOM TO EXPRESS YOURSELF IN THE NAME OF THE DIVINE 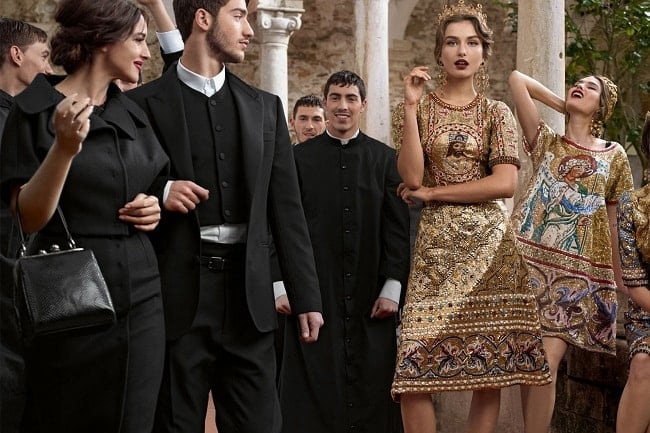 The past two decades have seen a rise in the trend of religion and spirituality depicted in high-end fashion across the world. Designers like Christian Dior, Jean Paul Gaultier and Alexander McQueen (to mention a few) have all experimented with and drawn inspiration from religious references since fashion weeks back in the 90s. As the world moves towards a more liberal era, this concept in fashion is being taken to a new level, and it’s one you will want to be mindful of in years to come.

The first Monday in May this year, aka the Met Gala, hosted the event around the theme of Heavenly Bodies and the influence of the Catholic church on fashion. Vogue editor-in-chief Anna Wintour confirmed, when asked about possible conflict of this theme, that her team “worked very closely with the Vatican” to assure that every detail was composed without offending the source of inspiration. From rosaries to pope-inspired attire, the Met Gala saw the latest in religiously influenced clothing. This theme and design take on fashion represent the connection between human spirituality and the freedom to express yourself in the name of the divine. 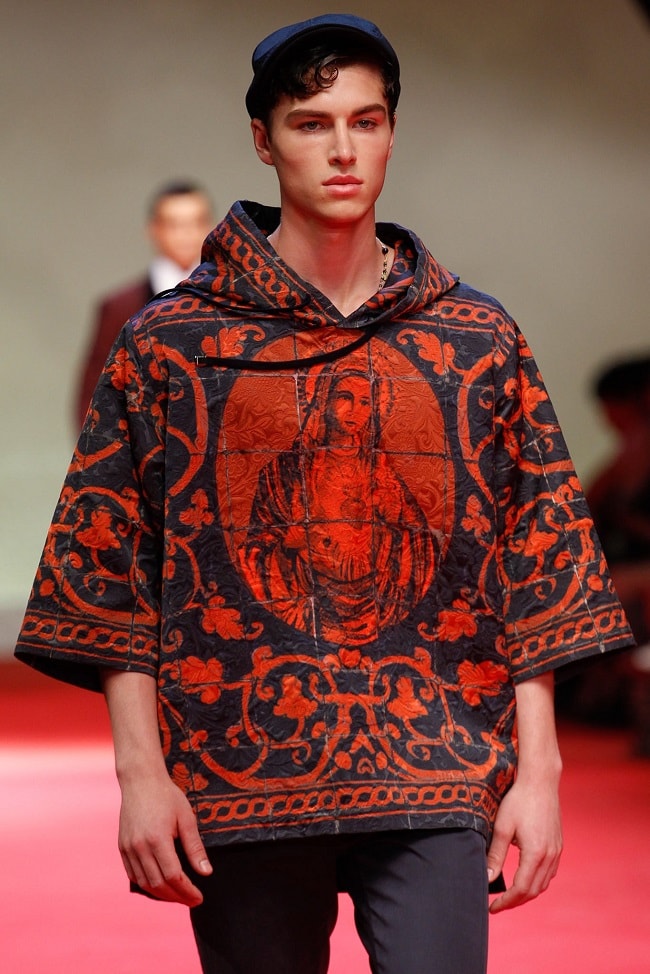 This liberal use of spiritual connotations is not limited to the large denominational churches of the world either. As fashion conscious men of today’s world, style trends are open to endless possibilities. Whether tapping into designs from Eastern cultures and beliefs or receiving fashion predictions and guidelines from psychic sources like TheCircle, your style can transcend from predictable to enlightened from influences across the globe. But the movement is about so much more than esoteric and religious symbols on clothing. While being mindful of cultural appropriation, numerous designers have taken it upon themselves to incorporate the trend for not only female fashion, but for menswear too. Sophisticated and grand looks that represent these various interpretations are flooding in with creative integration of spiritually related designs for everyone to delve into. 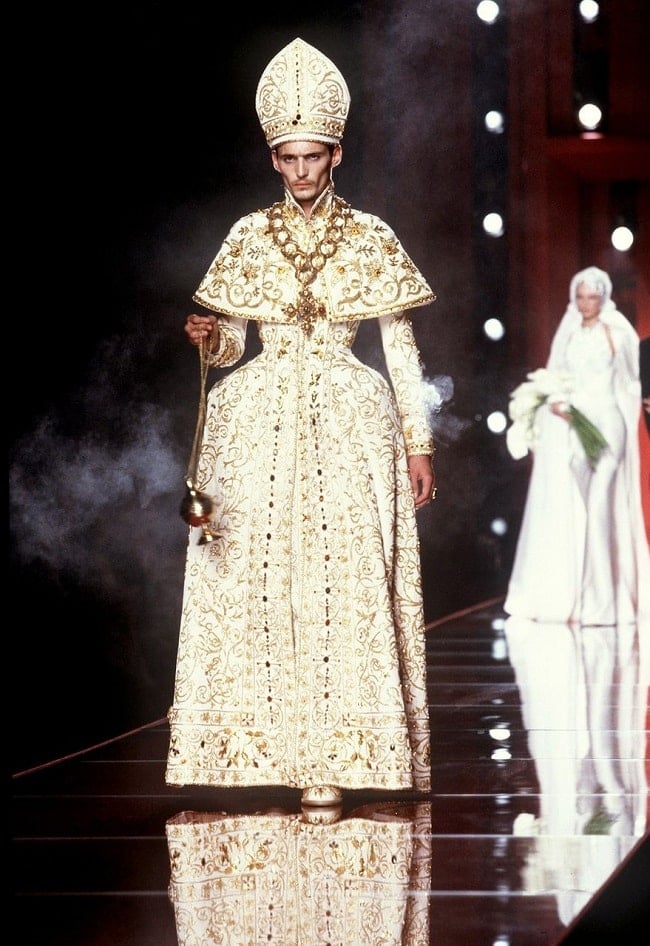 Fashion icon André Leon Talley has apprenticed with names like Diana Vreeland and Andy Warhol back in the days of Studio 54. As a churchgoer since a young age, Talley has embraced his religious views through his fashion style and philosophy. A documentary titled “The Gospel According To André” was released in May and follows his personal inspiration. The documentary delves into the topic of his religious upbringing and how it affected his sense of style which often includes kaftans from Morocco, drawing creativity not only from religion but also tradition. His bold style breaks the norms of male fashion and is proudly connected to his spiritual beliefs. 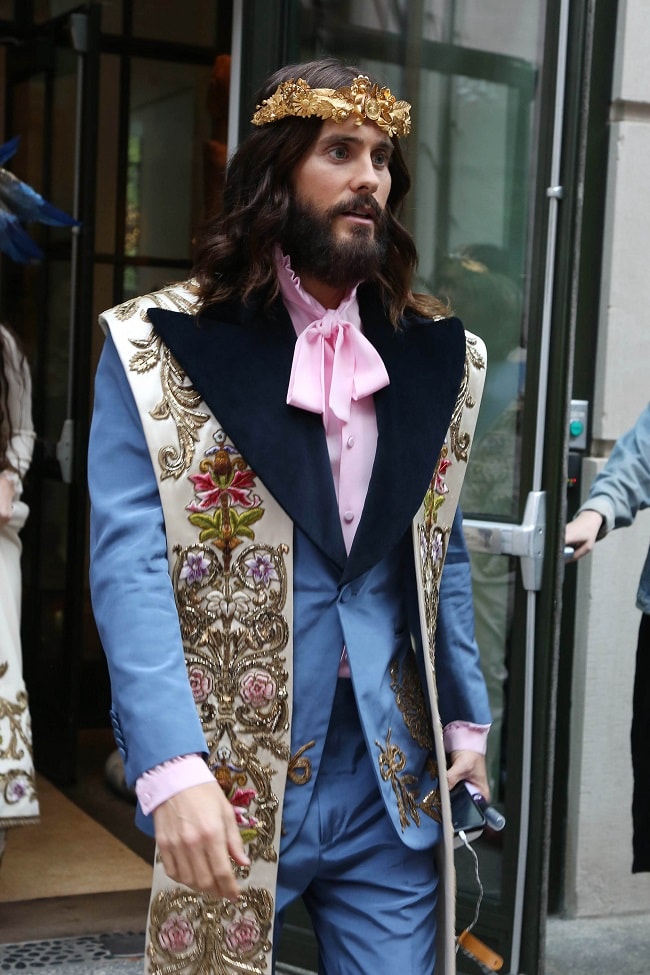 Whether you’re spiritual or not, this focus allows you to explore new realms of fashion and individualise the style to suit your taste. There are literally no limits and no right or wrong; There are no rules when it comes to fashion, and in the spirit of André Leon Talley’s advice, embrace your adventurous and remember “If Marc Jacobs can wear a lace dress, I can wear a kaftan or anything else I want, at any time.” 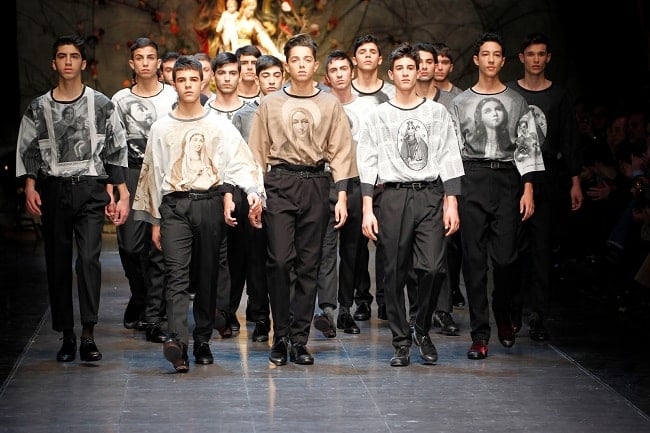