THE UNVEILING OF THE WORLDS 50 BEST RESTAURANTS IN BILBAO 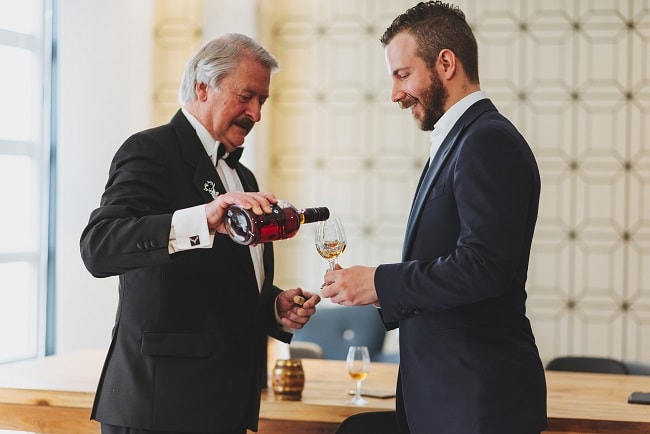 As you may have gathered from our Instagram stories, I had the distinct pleasure of being dispatched to Bilbao last week to witness the unveiling of the Worlds 50 Best Restaurants, co-sponsored by The Dalmore, the single malt whisky brand. The winner was chef Massimo Bottura who has rewritten the rules of Italian Cuisine at his Modena restaurant Osteria Francescana where art and his cuisine don't so much collide, but intertwine, embrace, mate and breed.

The city of Bilbao is made famous for the spectacular Guggenheim in Bilbao museum. Michael Apted (director of the James Bond film The World is Not Enough which was filmed here in the city) called it one of the best buildings of the 21st Century. The building is designed in such a way that it can capture and reflect the sun at any time of day. Giving it a spherical feel, an ethereal quality reported by many to be 'a building that looks like it's constantly moving'. 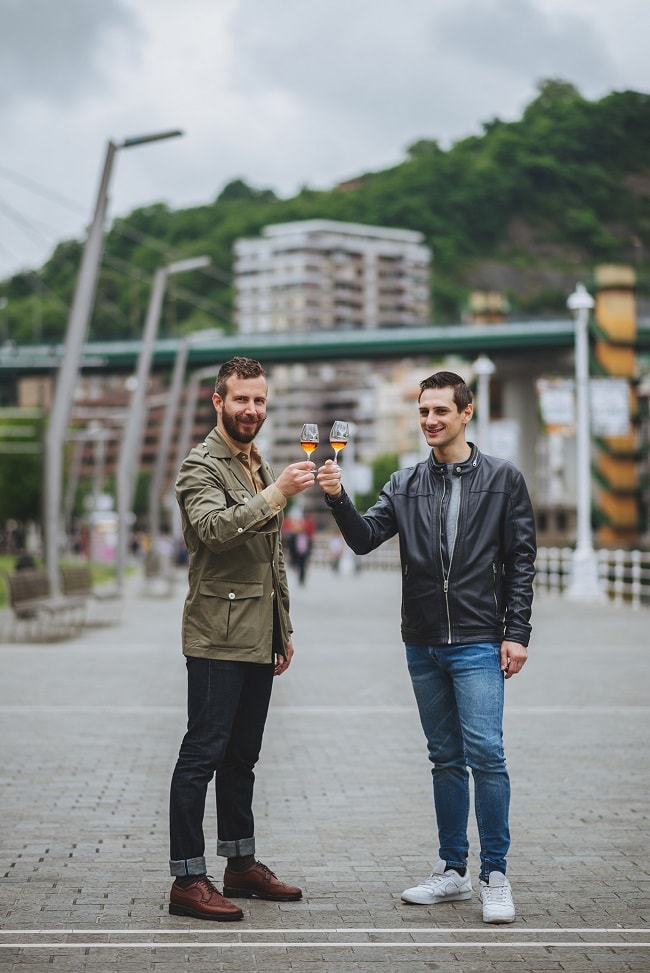 The awards ceremony was a swift 2 hours in which London's Clare Smyth (runs The Core in Kensington) won an award for best female chef and admitted in her speech about having reservations accepting the award. "I constantly get asked what's it like to be a female chef?" Clare Said on stage, "I say I don't know, I've never been a male chef". I was invited on behalf of The Dalmore team who were an official sponsor of the World’s Best 50 Restaurants. It seemed like a lateral move for The Dalmore to be a part of an event that effortlessly joined the dots between art, luxury, craftsmanship and fine cuisine. 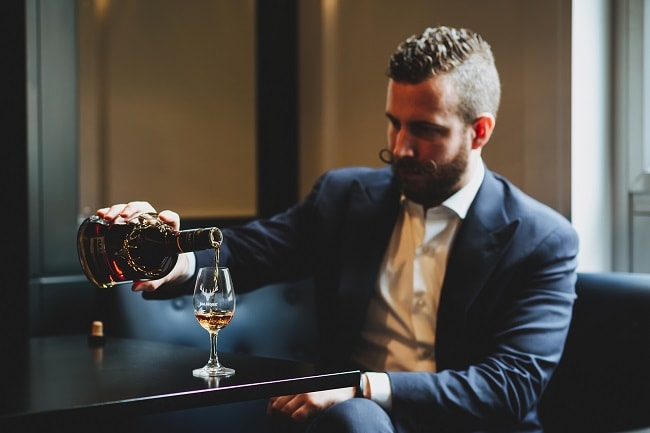 I managed to get a brief moment with the Master Distiller Richard Paterson whom I'd not seen since the launch of the Dalmore Quintessence at Selfridges back in 2016. Spending any amount of time in the company of Richard Paterson is rarified air, although I'm told he does regular interviews, just not in the UK. He poured me a 12-year-old Dalmore and we propped up the bar downstairs at the Bilbao Jardines de Albia hotel. I pulled up the brief with some questions I had etched out and Richard immediately pointed at the screen. 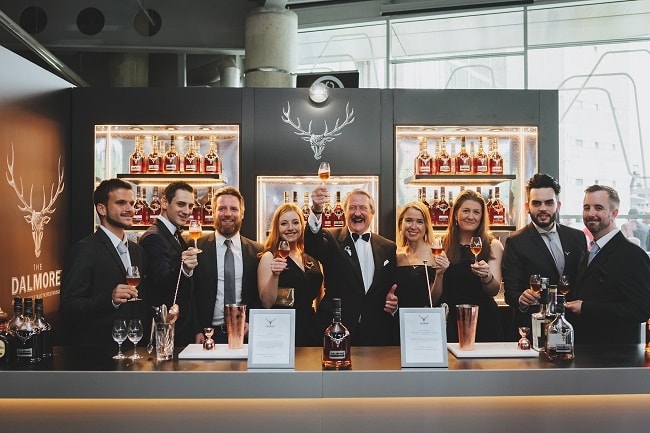 "Oh no, you've spelt my name wrong. Such a pet peeve." "Oh, this isn't relevant, it's for the other Richard Patterson I'm interviewing after you. I know how it must look." I don't think my glib rebuttal helped any, but I quickly switched gears.

Richard, I've heard one of your other pet peeves is seeing people throw large chunks of ice into Whisky?

"Yeah that and putting water into whisky. When you take that length of time to make it, I see people put the water in before they even try the whisky. I’m not a fan of that. It's like putting cream into really good coffee. Why put cream in the coffee? Because its bitter right? But if its great coffee it’s not bitter." 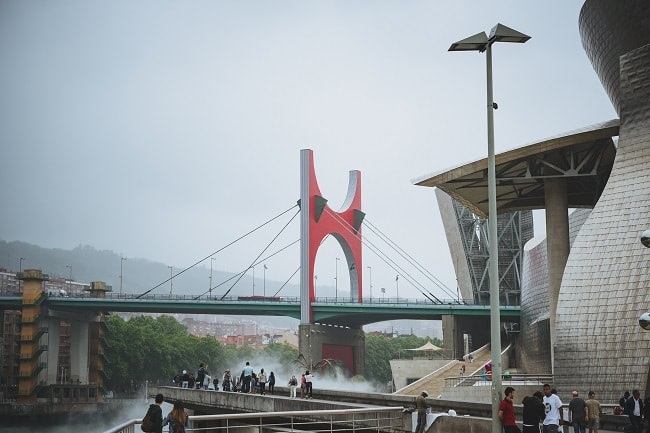 "But people are grown up that way. People need to taste it also, I'm not a fan of seeing people knocking back whisky. Whisky of the ages we produce; they need to be slow. Finish your dinner, have some coffee, the whisky will enhance these moments. The whisky should enhance the conversation as well because it’s the perfect drinking strength. Want a coffee with it? great. Want an Epicurean cigar? Even better. You have to appreciate the moment. We used to finish the dinner and get the cigars out. Nowadays you get up and go upstairs the moment is left behind at the table, the moment has gone." 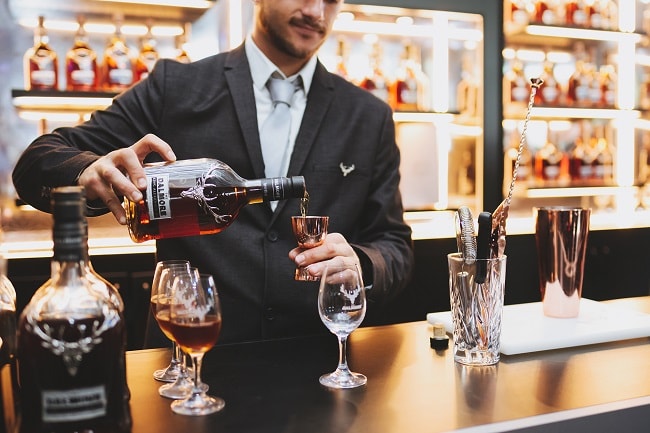 Talking about missing the moment, you're renowned for your experiments. The Quintessence was the first whisky to be matured in 5 different wine casks. Have you ever had an experiment that didn't pan out?

"I'm constantly looking at tasting trends. I get whisky mag and I get decanter mag; they have articles like 100 best burgundies, some people look at a couple of them whereas I look at every single one of them. I relate to them." 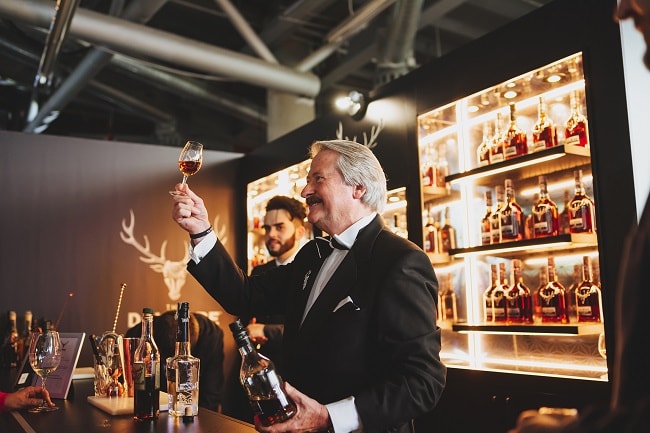 "I remember walking along the beach in Bruichladdich. Someone once wrote about the smells on that beach, it's like salted bananas in Weetabix. I thought, 'that's nailed it for me'. The core of the brand is the chocolate orange. That's the DNA. You can enhance the whisky in a lot of different ways, but the character must shine through. I'll go to Alness in October/November time and if something's not right and we need to reign it in, we'll empty the cask and put it into a fresh bourbon wood and that will temper her. We'll leave that in for 6 months and come back to it. But if you get too much dominance, sometimes you might get too much char coming through the American White Oak casks. If you get too much of that it dominates the other notes and it's difficult to get under control. You have to look out for that." 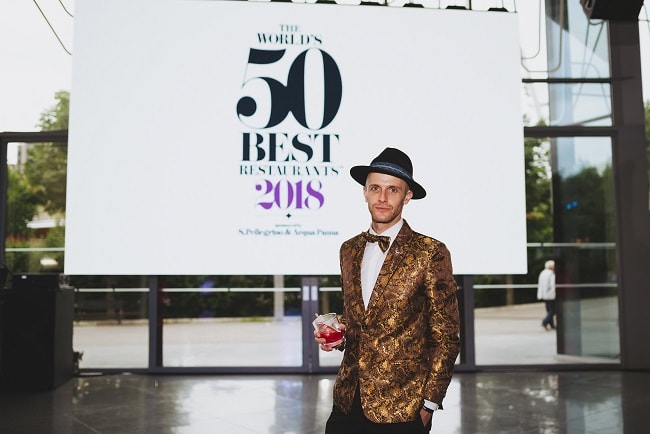 When do you start noticing the difference?

“Depends how long its been in this cask. Sometimes we've ran it for 3-4 years, and it's not quite happening. On occasions I'll just give it one more year and sometimes I come back, give it a taste and I've thought 'wow hello bitch, you’ve decided to come to the party.' But Whiskies are like people set in their ways. If they've been in the cask for 35 or 45 years, are you really going to be able to change them. But if you put it into a fresh cask, it can take up to 4-5 years before they start showing any signs of change.” 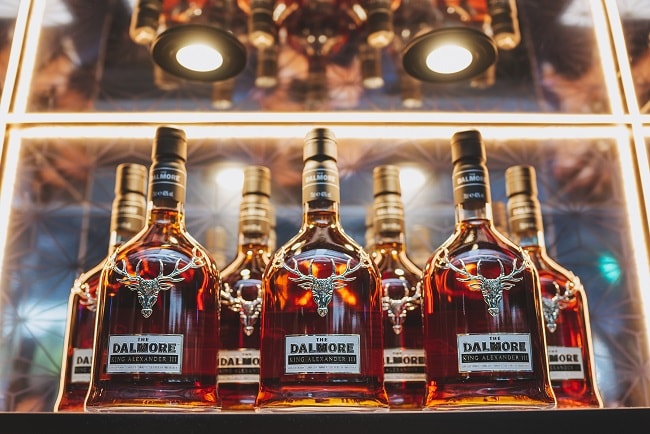 Tell me about The Dalmore distillary

“The Dalmore distillery has been operating on the banks of the Cromarty Firth since 1839 and prides itself on an unbroken chain of brilliant, visionary and influential craftsmen. For over 175 years The Dalmore has set the standards that many other whisky makers follow today. The personal curating of casks, the expertise handed down over generations and the individual obsession of everyone involved; all are responsible for the sumptuous and layered house style befitting of a luxury single malt whisky.” 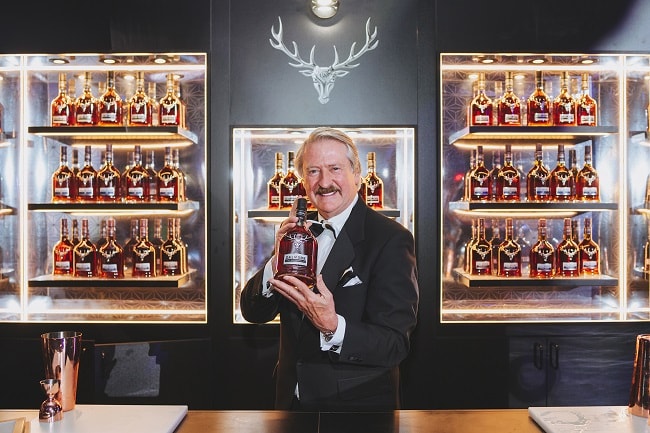