HOW TO FIND THE RIGHT MEN'S WORK BAG 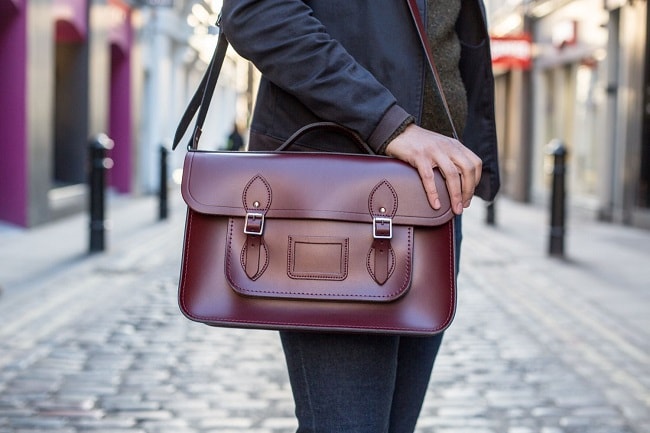 As much as the digital workspace dominates, not everything is ephemeral. We head to physical offices, we still carry a laptop and smartphone places, and it never hurts to have a set of keys and wallet on you. Added to that, most of us have to commute some place during the work week; by car, public transit, or even by bike, and things like cords and chargers turn into essentials to complete that report or take a call. We might not be bound by paper as much anymore, especially compared to 30 years ago, but needs remain the same even when your environment changes. So, considering this, any man with a moderately professional job should have a sturdy work bag.

Often, the work bag functions much like your backpack did in school: a place to stash whatever you need, have it easily accessible, and keep it all organised. Maybe there might have been room for a gym uniform, or a bagged lunch you’d eat at midday. But, while most schools won’t dock you points for having a threadbare, graffiti-covered backpack, this degree of sloppiness and lack of attention to detail reflect negatively on you in the workplace. The work bag is a mature upgrade: polished to reflect your semi-professional status, without losing any of the practical qualities. So, going from here, what options do you have? 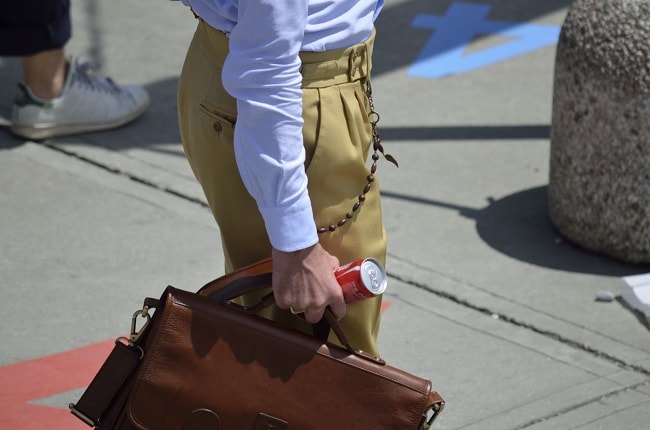 The Mad Men era represents a microcosm of the workplace of yore: the expectation of tailored suits, briefcases, and the overly formal culture that’s nearly disappeared. But, even if you’re a child of the ‘80s or ‘90s, there was still a chance your father took a boxy black or brown briefcase to work. After all, at the time, it was the only thing for an adult male to carry his belongings in without looking too feminine. As such, both in attitude and design, the briefcase seems a bit dated, and generally, you only see men sporting them if they work in law or finance. Still, even the newer, sleeker models only work as a bare-bones solution for carrying around a laptop and a few files. Beyond this, the handle-only design turns into a cumbersome annoyance, especially when you’ve got to take one on public transit. 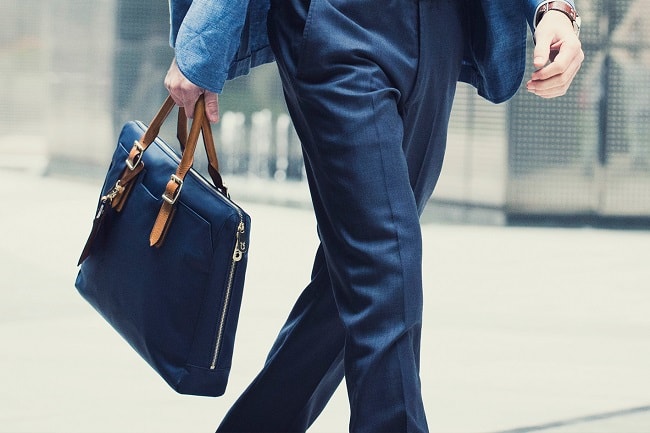 There’s more than one reason the messenger bag has superseded the briefcase. For one, crossbody straps make everything hands free. Secondly, the interior – based on the bags U.S. postmen used to wear – has far more room. And, as a third but crucial point, the materials and designs span a greater range, from traditional leather to sturdy canvas. Overall, the messenger bag reflects who you are to some degree and gives you all the space and compartments to take your essentials to and from the office, and even to the coffee shop over the weekend. As well, from a professional standpoint, their near ubiquity makes them universally accepted, whether you’re heading over to the advertising agency or corporate office. 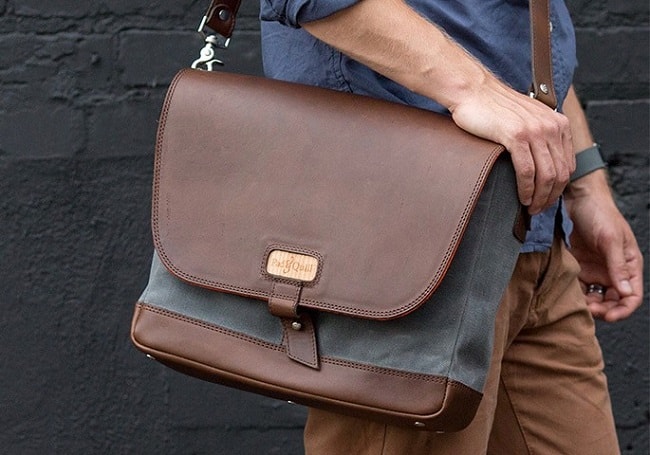 By default, we still associate the backpack with students, no matter if they’re starting school or finishing up university. Yet, in creative and tech occupations, where formal dress codes have broken down to the point that t-shirts and hoodies are the norm, the backpack doesn’t look entirely out of place. Yet, this is still a professional environment, and the design should reflect that. An adult backpack, as such, often comes with at least one laptop sleeve, if not separate compartments for a phone or tablet, an area to store paper file folders, and a separate organisational panel for keeping your wires in order. 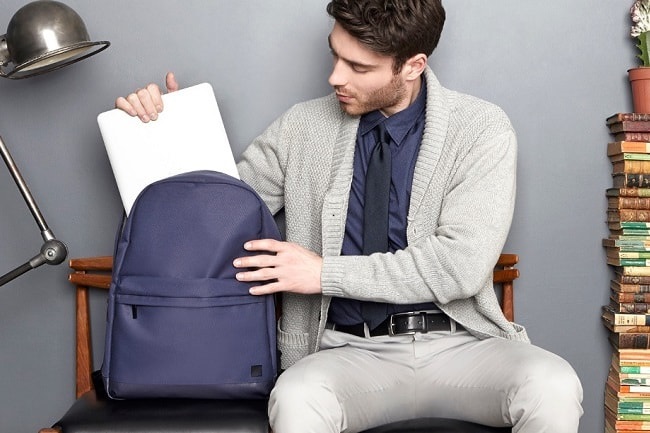 There’s some debate about whether the tote’s a truly legitimate work bag – for either sex, for that matter. Most have no organisational features, and unless you opt for one with a zipper across the top, it’s too easy for all of the contents to spill out. Rather, the tote holds a place as a supplementary bag during the work day. Planning to work out at the gym after, but don’t have space in your messenger bag? Stuff your clothing and water bottle inside one. Or, if you’ve got to run a few errands before you arrive home, you never know when you’ll need one to hold a few odds and ends. 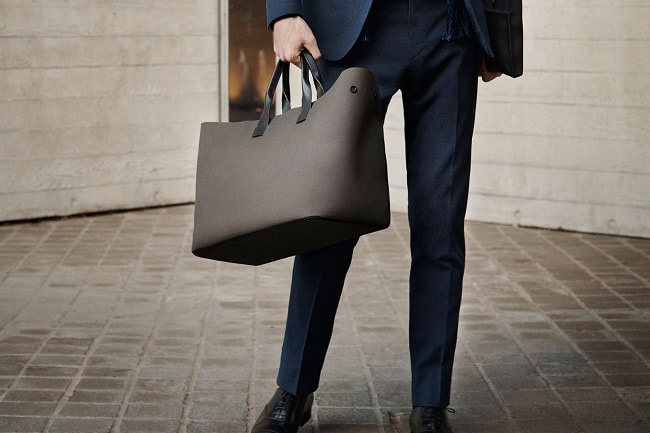 This isn’t your athletic variety. The mesh and bold-colour one, possibly with a large Adidas logo on it, is only meant for the gym. Rather, the mature duffel upgrades the briefcase, and makes up for what this classic lacks. For one, expect darker, solid hues – brown, black, or even olive green – in leather or heavy canvas. Two, its angular shape – in appearance, like a smaller version of its athletic cousin – opens up to a large interior filled with multiple organisational features. Then, as with the travel varieties out there, you’ve got a choice of two carry options: Grab the top handles or swing the single strap over your shoulder. 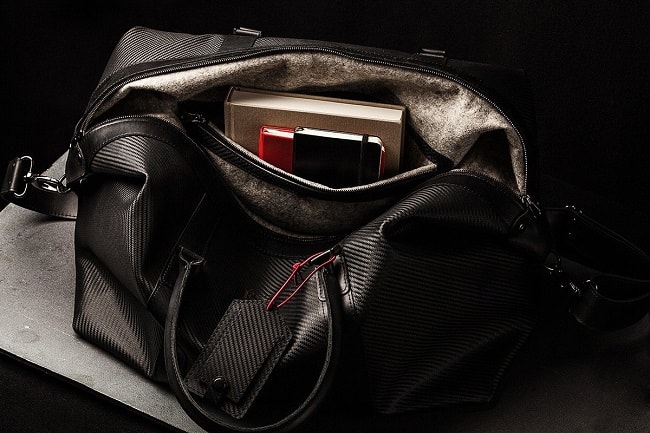 “It’s not a serious work bag,” most would say, and they’re at least partially right. The clutch – essentially, a big leather envelope large enough to hold a tablet computer, smartphone and a wallet – works for those with the most minimal needs. When all you’re carrying around is just a couple of items, a full-on bag seems too bulky, and your pockets, obviously, aren’t enough. Fancier than your typical laptop or tablet sleeve, this bag’s angular shape literally folds everything together. 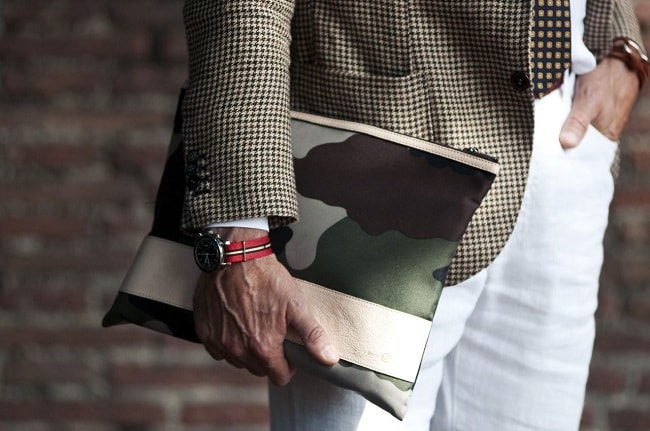