IN CONVERSATION WITH JIM CHAPMAN 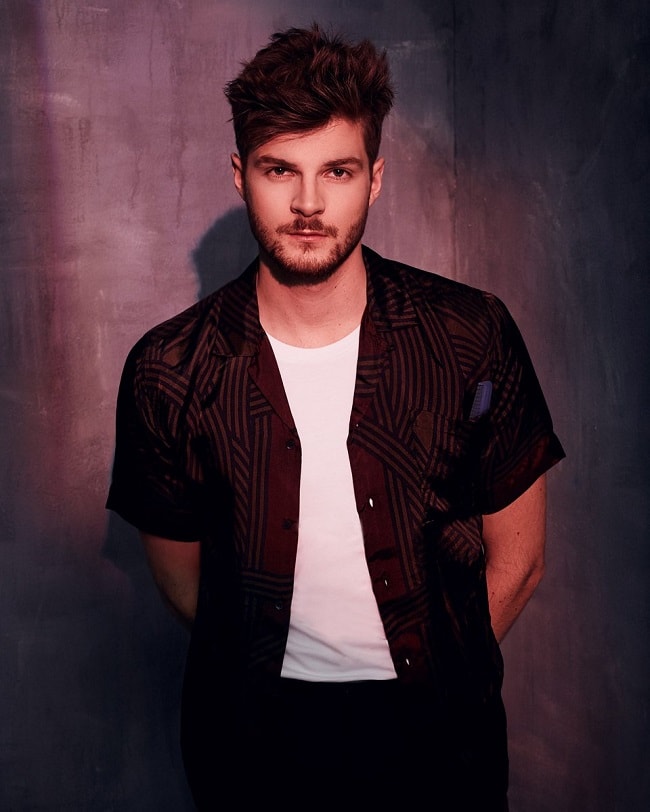 For a recent Podcast episode, we were given the chance to interview Jim Chapman on how he amassed over 2 million followers on Instagram and where it all began via YouTube. He discussed how he has matured from the comical video stunts in his early days, to the recent film he has written which he hopes one day will hit the big screens, and how he wants to protect his future children from the very social influence industry he works within.

Hi Jim, for the uninitiated please can you give us some background?

“It started 7-8 years ago, my big sisters known as Pixiwoo online do makeup tutorials and were the originators. My girlfriend at the time who is now my wife had left college and didn’t want to go to University and so my sisters taught her how to do makeup. On the weekends she would do videos because it was exciting and fun. A few years later I graduated from University with a degree in Psychology and I didn’t know what to do, especially in Norwich where there aren’t many jobs in that field. I worked many jobs such as retail, Insurance and I was an Enforcement Officer at one point. These were boring jobs so on the weekend I just needed something really creative to do.” 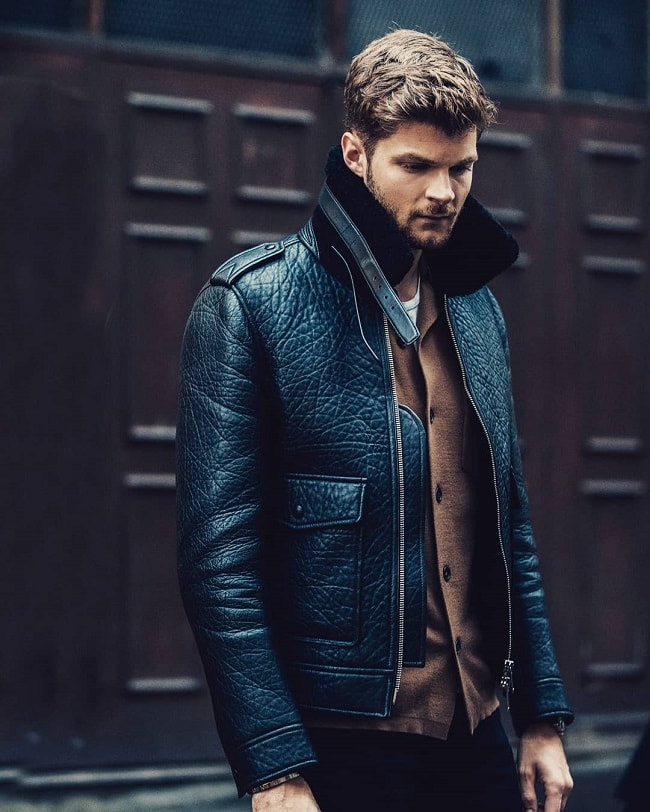 “I did a few appearances on my wife’s vlog and I found I would get a real buzz from it. I would make videos to pass the time and had no idea it would eventually become a job. Over time it started to take off and in the first year I was making enough to pay my rent to my mum. I dropped out of University where I was studying a Masters and I also quit my job so that I could put more time into YouTube. I was fortunate because when I first started using it, it was a much smaller thing with only a few people doing it. I made all my mistakes early on and no one was really around to see them. But now, we’re talking millions of viewers to get yourself known. I simply found it early, really enjoyed, worked hard at it and there’s something about my personality that makes people want to come back for a bit more. I just went for it and over time it grew and grew.” 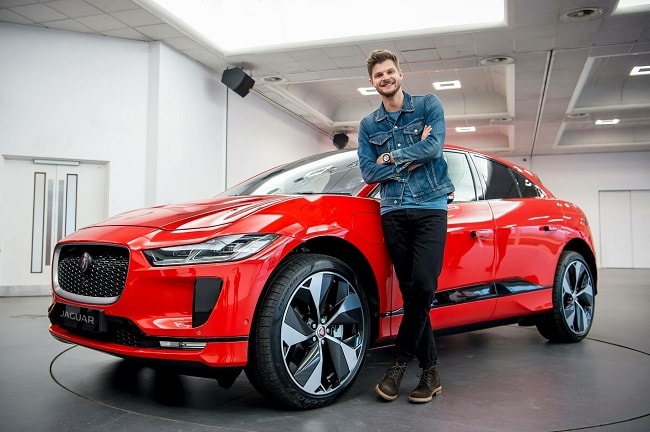 What types of things were you vlogging about in the early days?

“Interestingly it has come full circle because what I was talking about then is similar to what I’m talking about now; fashion, grooming, gadgets and things I’m into. Back then I started doing wacky things like shaving my legs, but it got to a point where I thought that I just need to grow up. I’ve started doing things I’m into again rather than just humiliating myself for people’s entertainment. When I got to the age of 26 I just decided to stop doing it and act my age. I’m increasingly aware that I’m only as popular as my last thing and I keep my head firmly on my shoulders. That’s why I work really hard on other things, so I know that when I outlive my shelf life here, I’ve got other areas to walk into. It’s really tough and it doesn’t’ work out for everyone, especially now when it is harder to shine through because it is so saturated. I heard a stat the other day about kids in their careers meetings and the job they want to do most is what I do for a living, and that’s incredible but also totally unrealistic; they can’t all do it because there’s not enough to go around, you have to be really exceptional to shine through. When I was 25 I did a really cool job with Burberry, it was one of my first ever jobs with a high end brand and I was so excited, but the next video I uploaded was me and my mate waxing my armpits and when I uploaded it I just knew it was going to do well. It got 3 million views but at what cost, because I knew if Burberry saw it they wouldn’t want to work with me again. It was then I realised I couldn’t do both anymore, and I made the decision to stop making that content and take a big drop in my views.” 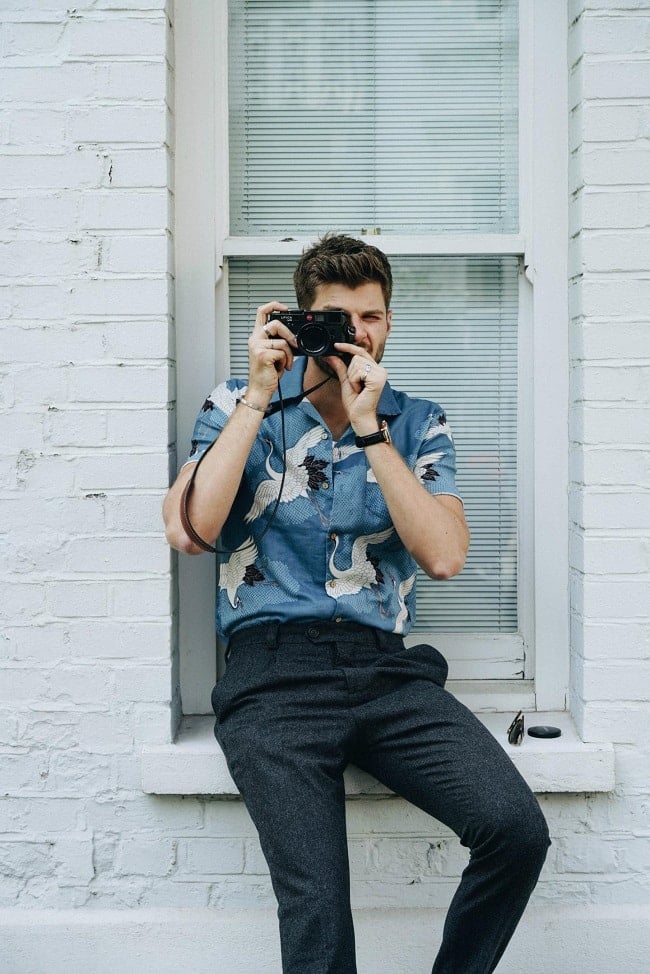 What other things are you doing at the moment?

“I do a lot of other things. I do a lot of writing and presenting. I’ve actually just finished my first screen play, which is a feature film and is currently with a few people who’re looking at it to give back to me with feedback notes. So, I have my fingers crossed and I’m hopeful that I can actually get that made. I’ve already got ideas for the next two films that I want to write, so I’m going to put a lot of time into that. I also do a bit of modelling here and there and weirdly the roles have reversed, I’m now very much into being behind the camera. I’m into photography and I’m taking loads of photos at the moment. Often when I work with a brand, they hire me because of my face and my voice but I’ve recently been trying to work with them in a different way, whereby I can come up with the concept and have more control over the whole thing. I’ve been doing this a long time and I’ve proven myself and brands are often whiling to let me do that now. It’s very exciting at the moment.” 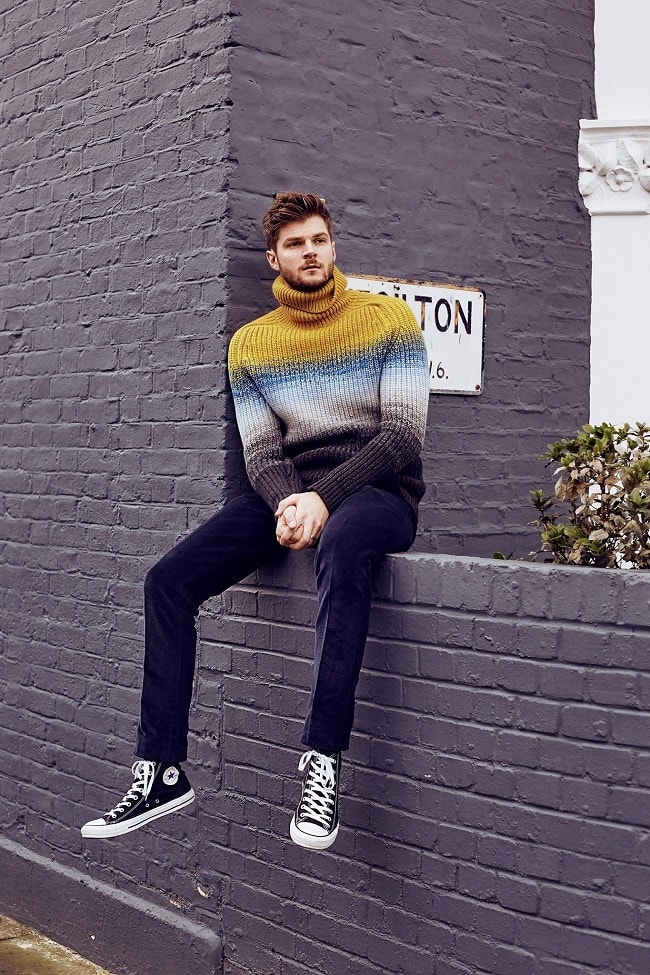 Have you thought ahead to when you have kids and what you would show and not show online?

"Yes I have actually. Weirdly I'm fairly private for example it's very rarely that my wife is on my content. She is not in my videos and I'm not in hers. What I like to do is lifestyle in a way; talking about fashion, making cocktails and talking about gadgets, which all isn't really about me in a way. I'm very personable but people don't really know much about my personal life. There was a time when I was daily vlogging everyday and it felt like I was over sharing. Also, my life is amazing and has totally changed from living in Norwich to now living in London, but I also spend a lot of my time at my laptop writing or going to the gym; stuff that is not very cool for a video. When we have kids, we won't keep it a secret but I'm also not going to make a thing of them being in my content because I came into this at an age where I was old enough to deal with it, but children aren't equipped to deal with that number of people. I have 2.5 million people who subscribe which means lots of people know who I am, and children just don't have the natural resources to deal with that. I would hate for my kid to feel self conscious or feel like they're being watched. Even when I'm walking down the street I get stopped often, which is lovely, but I don't know what that does to a child. I'd hate for that to interfere with their upbringing, so I will be keeping them off of social media until they're old enough to make their own choices." 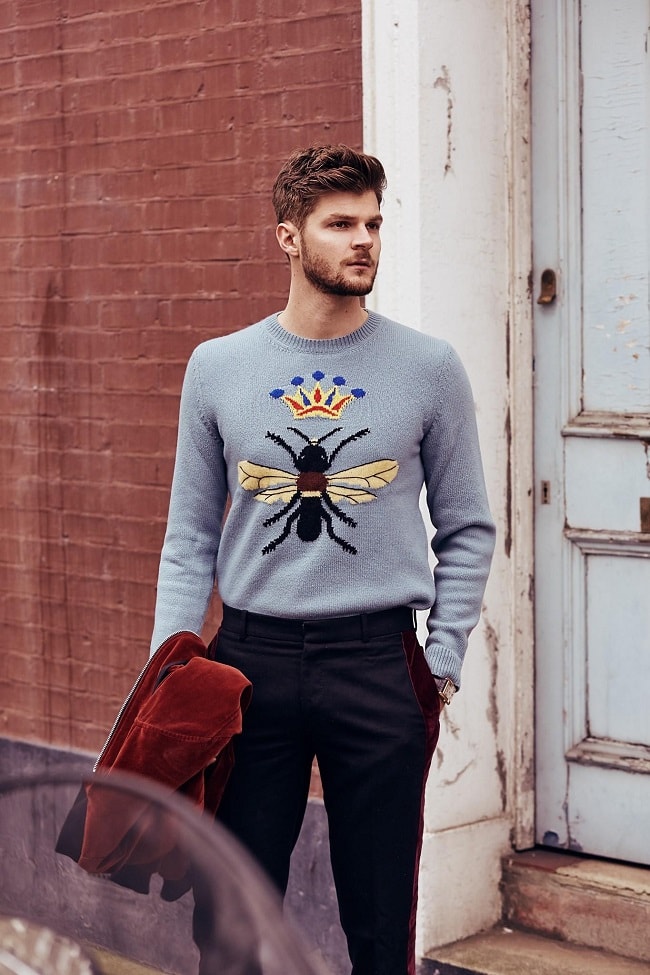 This is a shortened version of our interview with Jim Chapman. You can listen to the full interview whereby he reveals what it was like interviewing James Bond via Soundcloud below or simply subscribe to our Podcast in iTunes.