IN CONVERSATION WITH AARON PIERRE 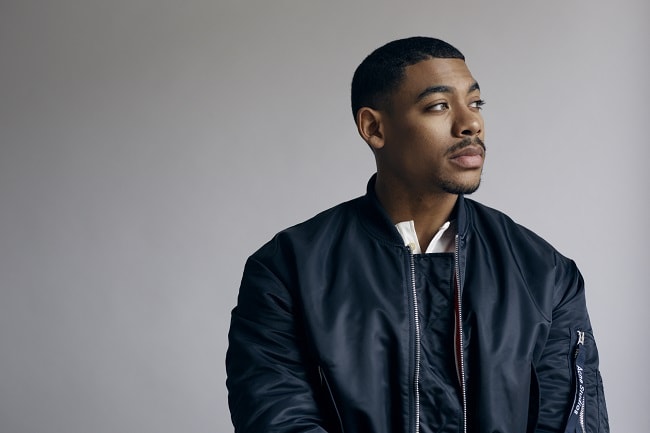 MenswearStyle recently sat down with twenty-four year old British actor, Aaron Pierre. It's a crazy world out there for a talented young actor, but from speaking to Aaron, he clearly has his feet firmly on the ground with his passion for his career rapidly developing. His acting journey started with training in classical theatre in Toronto which then followed by studying at London's Academy of Music and Dramatic Art (LAMDA). Before taking interest in film and theatre, Aaron's focus was on becoming a successful athlete however this changed during his teenage years, probably partly due to the influence of his actor father.

Aaron has recently been seen on American TV screens playing curious character, Dev-Em, in Krypton. This sci-fi comic-inspired prequel series looks back at how Kryptonians existed on their planet and is set two generations before Superman. If you are a fan of superhero-themed shows, you don’t need to wait long as it is coming to British screens, showing on E4 today. On the other end of the acting spectrum, Aaron is currently starring in the Shakespeare classic, Othello, at the Globe Theatre. I had a chat with the charming 6 foot 3, self-proclaimed bookworm and poetry admirer about his career, working alongside Mark Rylance and his personal style. There are still some tickets available to see Aaron play Othello’s supposedly loyal lieutenant, Cassio, on the stage in London, which is running until October 13th. 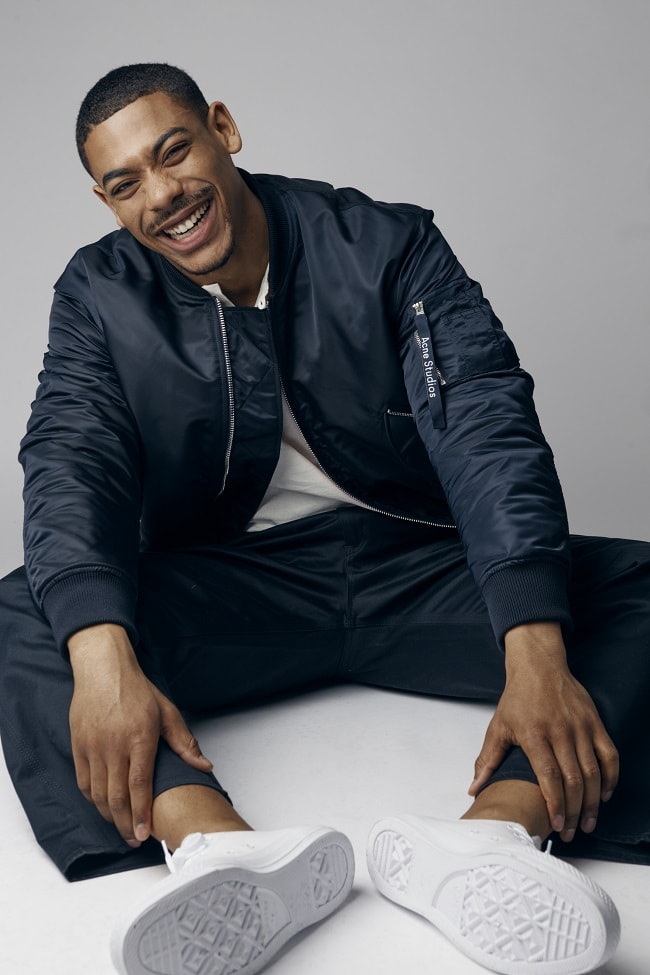 Can you tell us how you chose acting as a career?

“Well, my Dad is also an actor. Growing up and seeing him work, witnessing his dedication to acting, was really inspiring to me. My mother isn't an actor but her outlook on life is so thoughtful and beautiful which also inspired me into the career I chose. Of course there are numerous actors which I have learnt from and from a young age too. The likes of Sidney Poitier, Denzel Washington, James Earl Jones and Viola Davis are all such amazing actors and actresses and I have observed the risks they have taken through their careers and hugely respect them for that.”

You are currently playing Cassio alongside oscar-winning actor Mark Rylance, in Othello. How has it been?

“Absolutely surreal. It's been incredible. I actually saw Mark Rylance play Lady Olivia in Twelfth Night at the Globe in 2012. Since then, I have been in awe of him. He really is a master of his craft. Just being in rehearsals with him is an experience and I feel very fortunate. He is generous off and on the stage. He will happily assist with any problem solving when it comes to acting and he has a world of time for anyone in the cast. To be honest, it is a dream come true.” 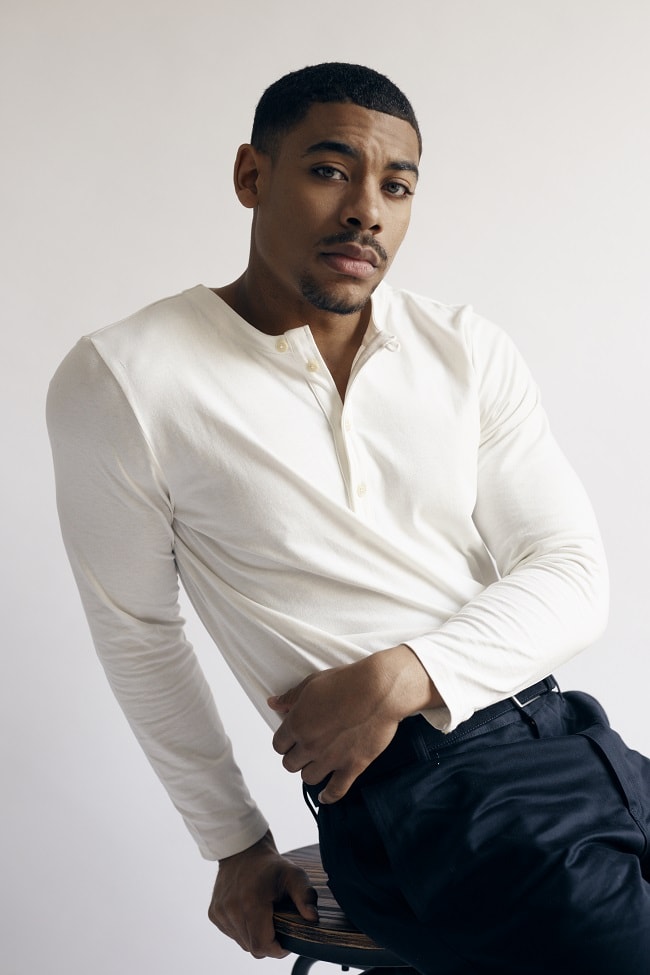 So you are a Shakespeare fan then?

“Definitely. Shakespeare is timeless. It is fascinating and quite amazing how he managed to comment on today's society, but in a different time. The themes and topics he wrote about are still so relevant today and actually quite potent.”

The Globe is an iconic stage, do you feel nervous performing there? If so, how do you deal with your nerves?

“I get nervous all the time! I always have nerves, on and off the stage. However, I have come to realise that it is ok to be nervous and the nerves are normal. I find they actually propel me forward to continue to discover roles further and discover things about myself. They have taught me not to be fearful and to embrace them. To deal with them, I just try and stay calm. There is an audience waiting everyday at the Globe, so I just try and channel those nerves into a focus. I tend to listen to music to keep me calm and also to prepare me for certain scenes. Music can also give me a certain energy for a role.” 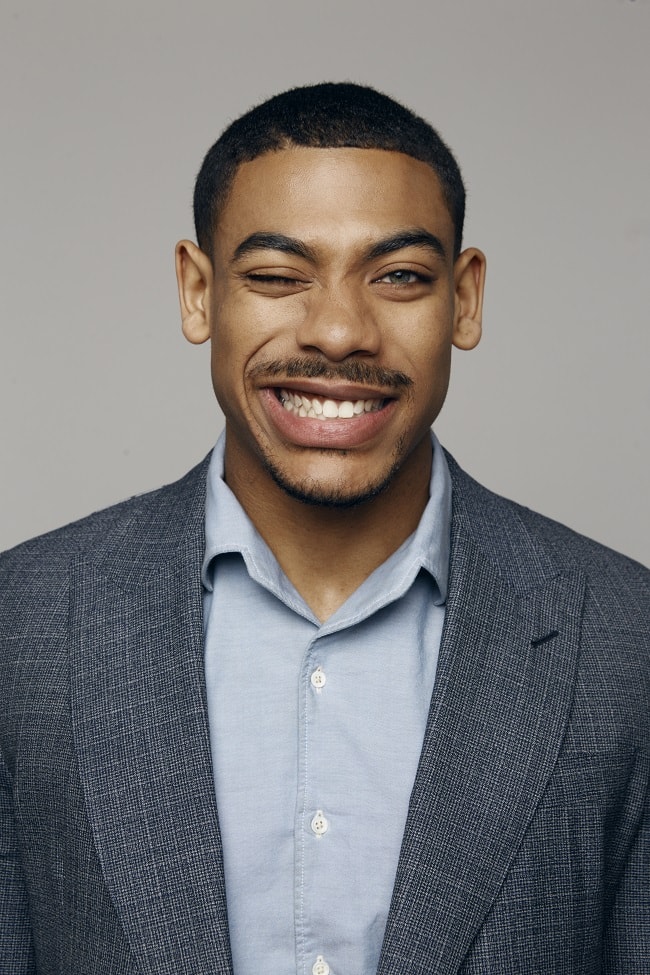 You have recently starred in the American sci-fi series, Krypton, which has just arrived on our TV screens in the UK. Was it hard to go from a comic series to a classic Shakespeare play?

“Krypton was a totally different experience in that it is set in a planet unlike our own, whereas Shakespeare is a lot closer to everyday life. Filming and acting in Krypton was a wonderful experience and huge learning experience for me. I have found with acting though, if the passion is there within the cast, then the experience tends to be the same, regardless of the project. I found that when I came back to London and started rehearsing for Othello. Both casts were and are extremely passionate about the show and play. I definitely had to adapt the acting process with going from TV to theatre but with the cast being equally as focused, it made the transition feel seamless.”

How do you prepare for a role?

“Each role has their individual processes and that changes from project to project. For Krypton, I researched the role by watching previous interviews with actors from the classic Superman films. I also read comics and of course watched all the films. For Shakespeare, I actually read Othello about four times. I read the classic alongside modern day versions so I get a full grasp and understanding of what was being said. Shakespeare used highly intelligent and complex language which sometimes makes it hard to comprehend! I also went to museums to look into the military aspect and the role of a left tenant, particularly so I could understand the relationship between Othello and Cassio. I researched into society during that time period and what life was like for a Venetian.” 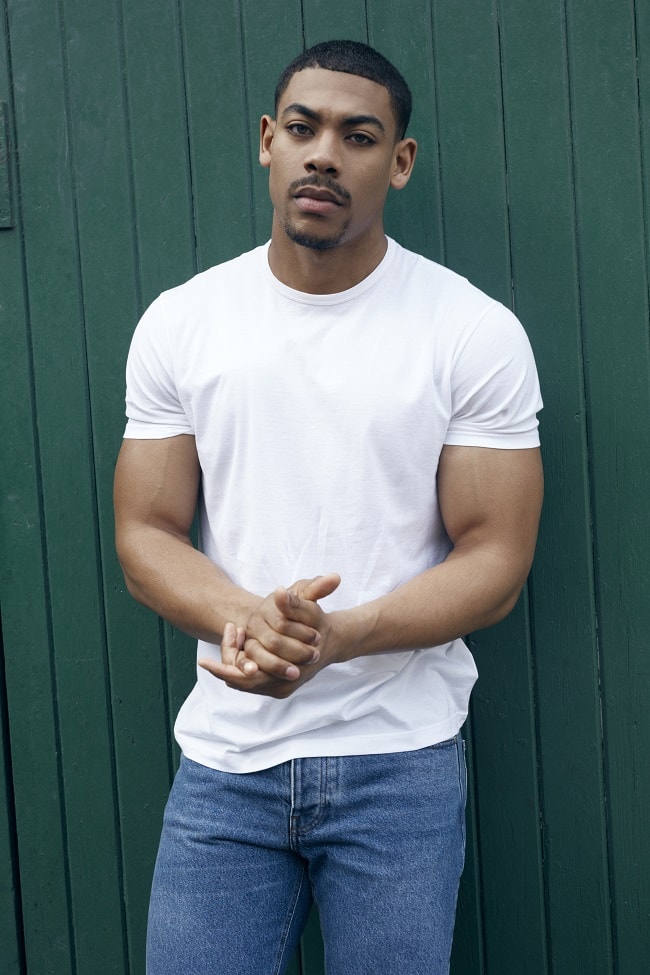 Do costumes play a big part for you in terms of transformation into a character?

“Oh absolutely! Costume is actually a big thing for me. It's so important when it comes to portraying a certain character. And I like to feel comfortable and confident in what I'm wearing as this can reflect into a role. I really need to feel grounded and for me, the shoes are the most important part. It might sound strange but even if I am playing a volatile character, I still need them to be comfortable so I can feel like myself.”

Having had a browse through your social media and other photos, you have worn some great suits! Are you a dress-up or a dress-down sort of guy?

“To be honest, I spend most of my life in tracksuits! Rushing around and spending time in and out of costumes, it's the only thing I need to wear. However, saying that, when I have the opportunity to dress up, I like to do it the best way I can. I love a good suit. However, I do tend to like loose and relaxed clothes generally. Comfort over style.” 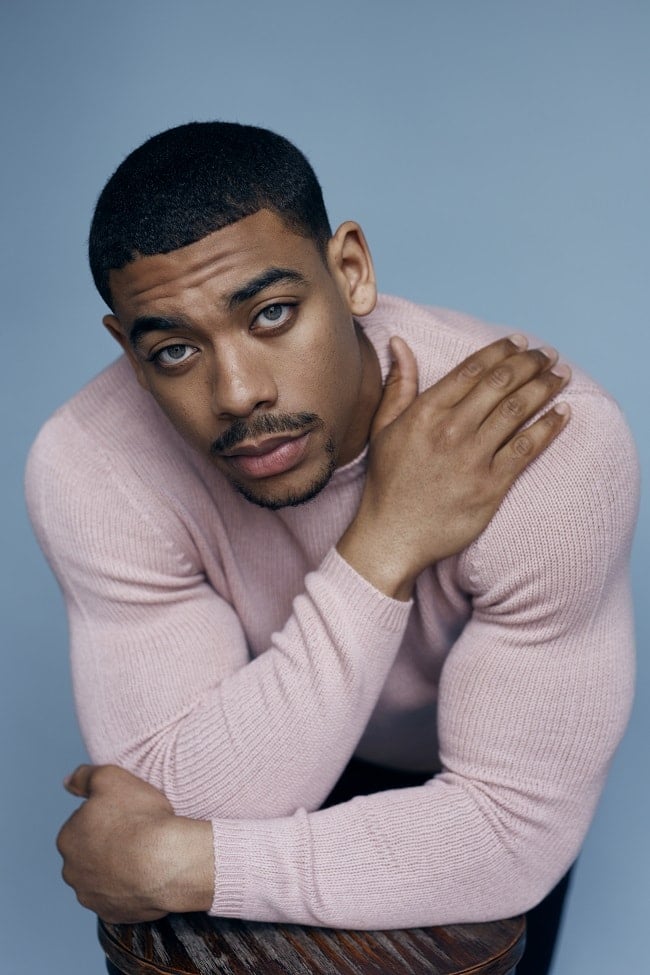 What do you like to do outside of acting?

“Spending time with my family is hugely important to me, so when I have the time I try and do that as much as possible. I love catching up with friends as well. I enjoy exercising; I tend to go to the gym but I also like swimming and running.”

Where do you see yourself in the next 10 years? Are there any roles you would like to play?

“In the next ten years? Well, I'm not exactly sure to be honest but what I hope is that I will still being doing what I love. I would love to have the opportunity to play a role like Troy Maxson in Fences or perhaps even Mercutio in Romeo and Juliet. I think Mercutio is such an amazing character. I love to read, so any rich and intense character like that, would be brilliant.” 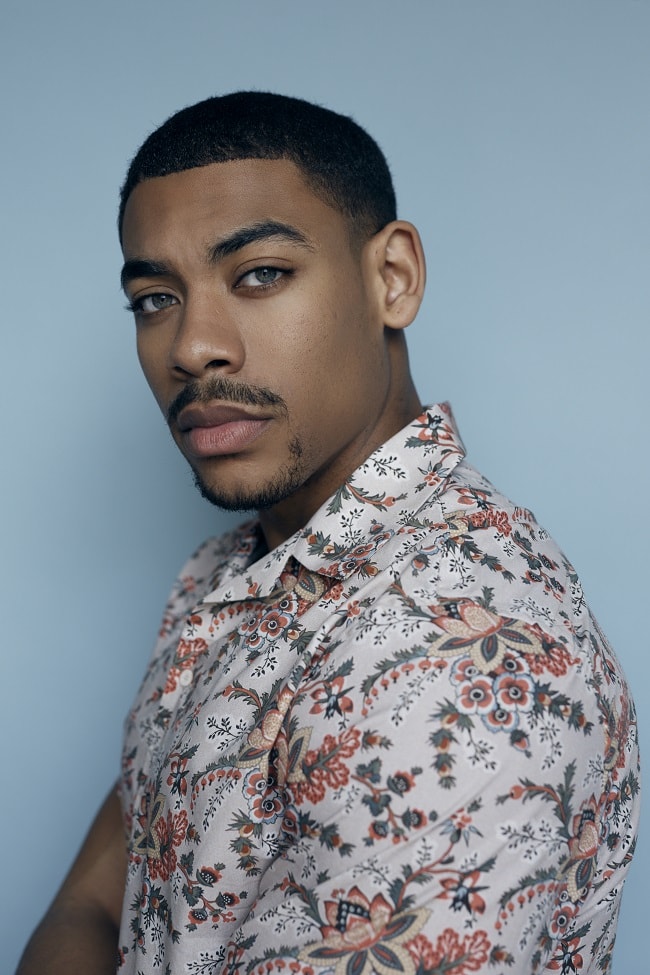 Othello runs at Shakespeare’s Globe until Oct 13. For tickets, visit shakespearesglobe.com. Krypton starts on August 19 at 9pm on E4 and catch up on All4.