IN CONVERSATION WITH SIMON MALONEY OF NEW & LINGWOOD 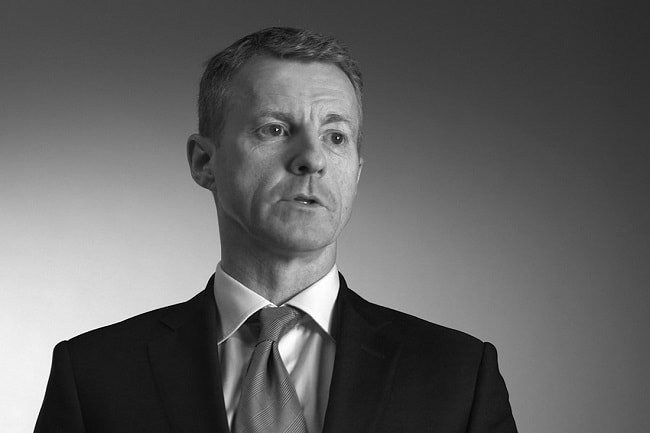 We recently sat down with Simon Maloney, Creative Director at New & Lingwood for our MenswearStyle Podcast show. Simon talks to us about the inspiration behind the notorious peacock gowns as seen on screen worn by Hugh Laurie in The Night Manager. He discusses what it’s like working alongside Karl Lagerfeld and he touches upon his near miss with the Mission Impossible Franchise.

Can you tell us about the design process for the SS18 collection?

“It’s that mythical eccentricity of the English we’ve become known for. It’s that eccentric British style, confidence and exuberance without being too crazy. There’s always an element of that in the collection. I’m keen to try and make a point of difference. We look after customers who order the quietest three-piece navy suit right through to the tartan suit, but I don’t want us to try and be everything to everybody; we need to have a signature and an identity. A lot of that has been informed by our heritage with Eton College where we started in 1865, and there’s a long tradition of Eton colours – we carry 140 colours of teams, societies and houses. So, that comes through in our interpretation of the menswear collection. It’s a DNA that has come through over the years.” 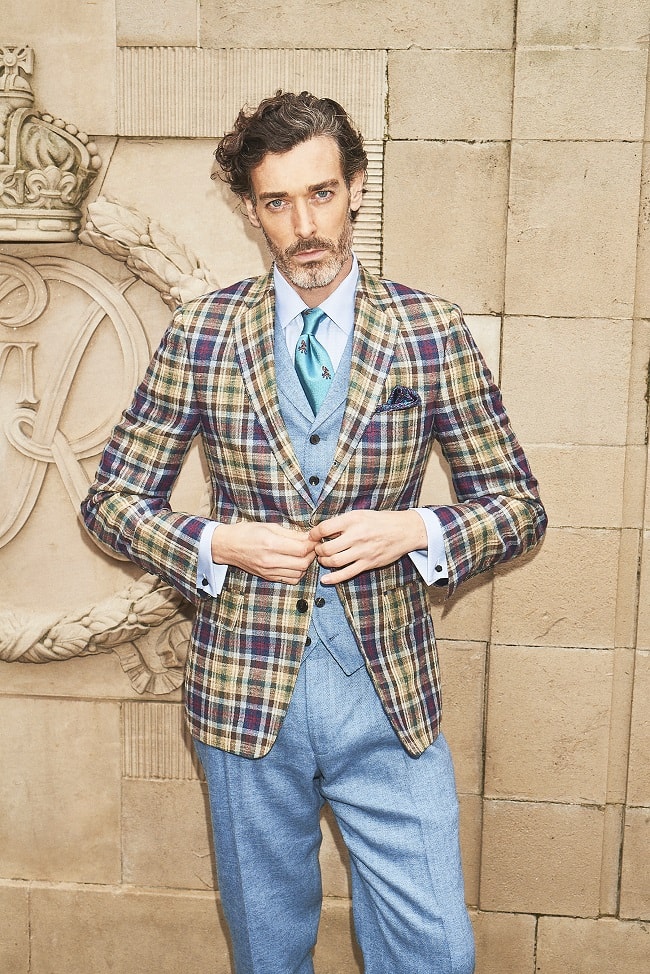 How often do you go through the archives?

“Not as much as I should but I do often go and see the archives of our mills in the UK because they’re fascinating. It’s really insightful looking at all the things you were once able to do. Machines nowadays are so fast that the more intricate weaves in tailoring can’t be done because the needles would break. It’s always good to look back and never dismiss the past too much.”

Moving into AW18, what can we expect to see and what was the inspiration?

“It’s more contemporary but with a reference to the past. I was really inspired by the film The Phantom Thread which isn’t the most cheerful of films but in terms of style and the way that Daniel Day Lewis wore and put together some of his outfits really put a lasting impression on me. Also, in a more mundane way, The Crown, who because they have such huge budgets, really can be true to the style of that time and it’s really wonderful to see the details.” 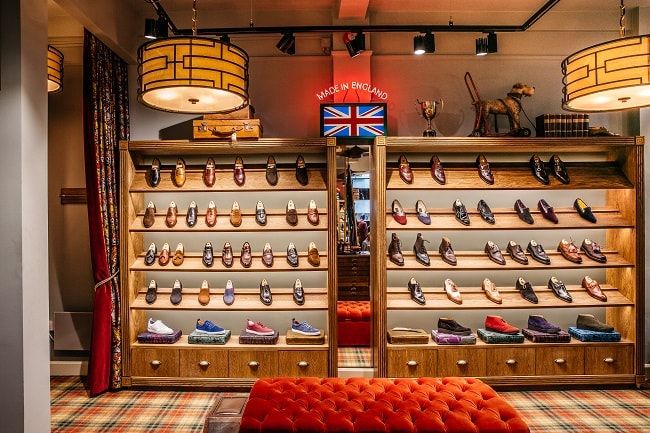 Do you get many requests to provide costume for films?

“Yes, indirectly we have Stylists that come in and follow up with a letter asking for a number of repeat outfits for films. We did one a few years ago for Benedict Cumberbatch for the X Men films and they required 8 of the same style raincoat. The most famous one for us in recent years has been The Night Manager where Hugh Laurie wore one of our Peacock Gowns and he wore it for 5 weeks in a row. Now it has become a staple and synonymous with us. We were also once approached for one of the Mission Impossible films. They wanted to use one of our in-store changing rooms for a MI5 lift where you would draw the velvet curtain and be taken down stairs. It didn’t happen in the end as something else must have come up. However, we’re often asked because of our distinctive character of the clothing.” 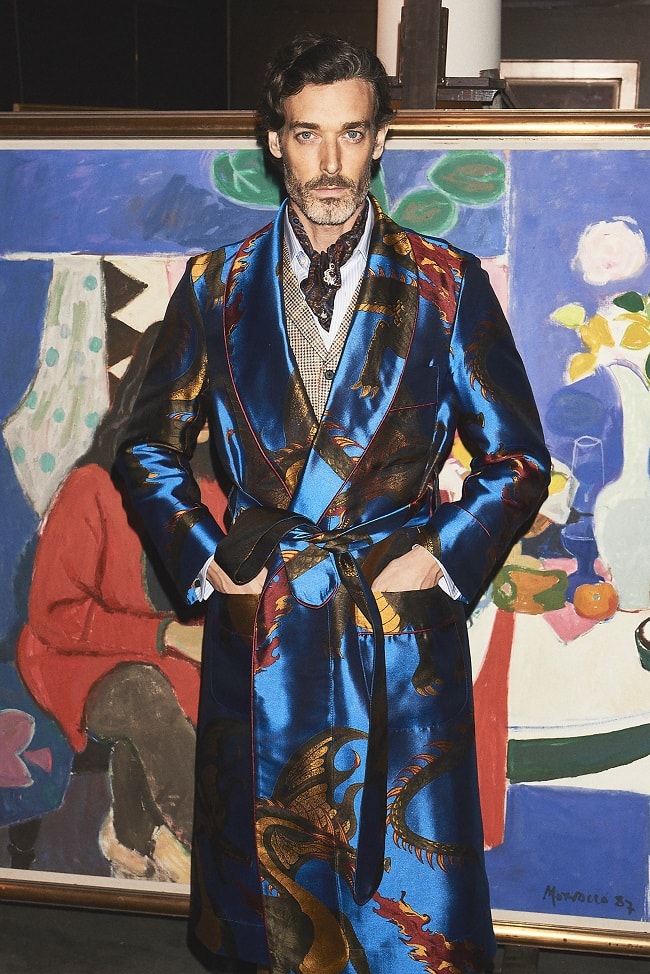 How has New & Lingwood marketed themselves outside of the UK?

“We started with a pop-up on Madison Avenue in New York and we’ve now moved to a permanent site on Lexington Avenue in an area called Lenox Hill. It’s a wealthy neighbourhood with eclectic boutiques. We’ve currently closed it for a quick refurbishment but it'll be open again properly in early September. We initially took Steven from our London store to set it all up, but we’ve now just appointed a new guy called Bruce who was a manager for many years at Paul Stewart, so he’s coming to us with a wealth of experience and a loyal clientele to open the store. He was in London just last week getting to know the collections and the brand. We’ve always had a presence in America through trunk shows so people have known us and people do still recognise the name thankfully. However, getting bricks and mortar in Manhattan is difficult, expensive and not the quickest due to bureaucracy. We’ve got there in the end but it wasn’t easy; i’d say it was probably 2 years in the making.” 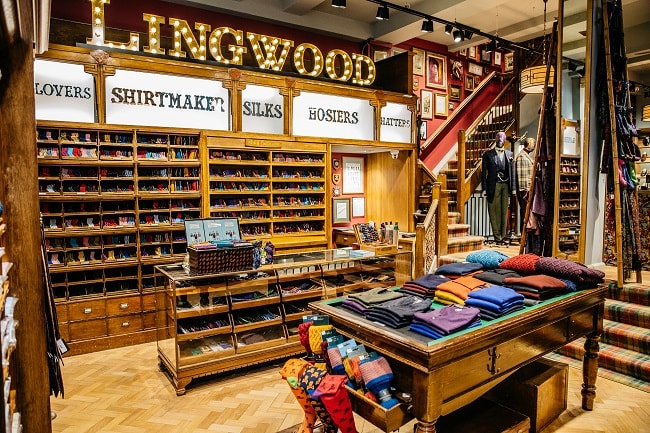 Tell me about your made-to-measure service, what can people expect?

“We do a bespoke service for shirts and gowns but for suits it is made-to-measure based on a number of blocks that we have. People can try these on and we make amendments accordingly. There’s quite a lot of changes they can make in terms of pocket details, internals, figurations of their back etc. It’s an amazing service from the team that do it for us. It’s important to have proportion and get it right the first time. Understanding the customer is important too; we understand what they expect and what they’re looking for. The measuring and the fabric selection is actually a small part of the process. The longest part of the process is understanding the needs, how it will be worn, what it is for and whether he wants to disappear or standout etc. You do have to understand proportion and how the cloth is going to behave.” 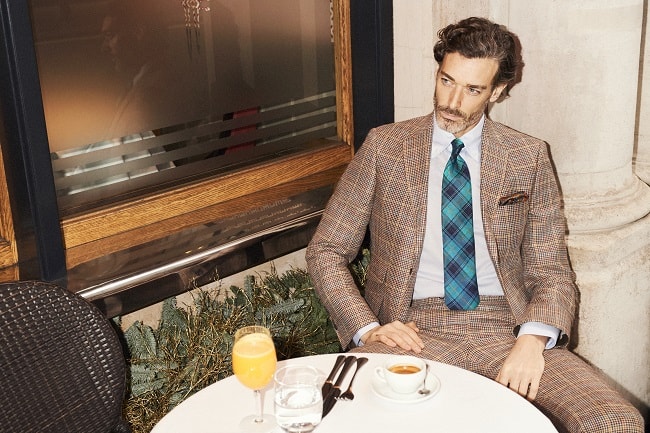 This is a shortened edit of episode 31 of the MenswearStyle Podcast with Simon Maloney of New & Lingwood gentlemen's outfitters. You can listen to the full version below or subscribe in iTunes directly.