THE ENGAGEMENT RING TREND THAT WILL SAVE YOU MONEY 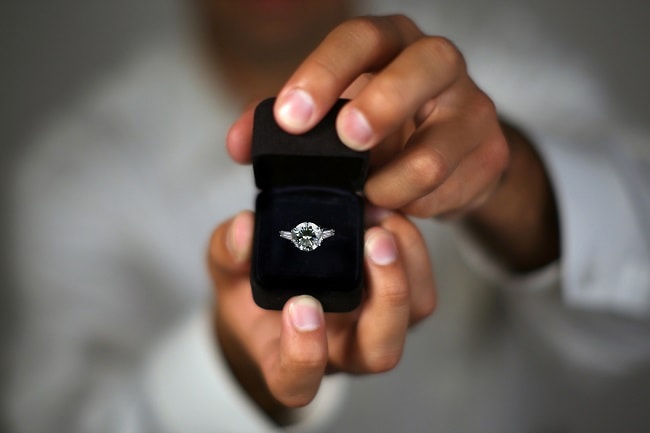 There’s a new engagement ring trend that will save you a ton of money if you take advantage of it: moissanite engagement rings. Moissanite is a gemstone that looks very similar to a diamond (and is similarly durable) but comes at a fraction of the cost. Moissanite stones are available at Diamond Wish.

Gemstone rings have been a big trend in recent years, as more people have been attracted to their unique style (and they are usually cheaper than diamond rings). We’ve seen sapphire rings, morganite rings, emerald rings and so many other gemstone rings make a big splash on the engagement ring scene lately. Moissanite is another gemstone ring that has started to trend, but for different reasons. Rather than being chosen for being different from diamonds, moissanites are popular because they’re very similar to diamonds but far less costly. 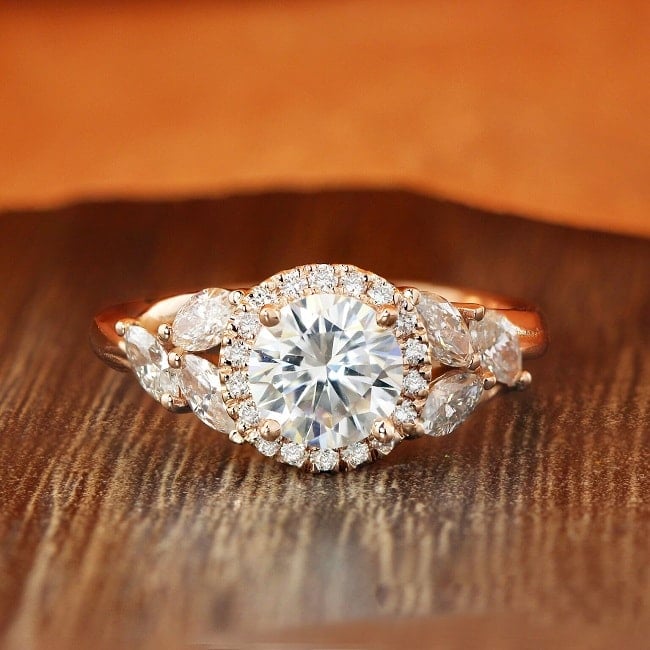 This may look like a diamond engagement ring, but its price tag says otherwise

If you’ve never heard of moissanite, you’re not alone. It’s a gemstone that was only discovered in 1893 and has really only become particularly popular in recent years. Moissanite was discovered by the French scientist Henri Moissan (who ended up lending his name to his discovery). Moissan was inspecting a meteor crater in Arizona when he saw what he thought were diamonds. However, upon closer inspection, Moissan discovered that he had found an entirely new gemstone. Moissanite’s origin story has earned it the nicknames 'space diamond' and 'stardust.' While some moissanite has fallen from the stars, most of the moissanite you’ll see today is actually lab created, since real moissanite is so rare. The lab creation of moissanite is a major part of how these gems have such an attractive price tag. Moissanite can cost up to 90% less than a diamond of similar size and quality. 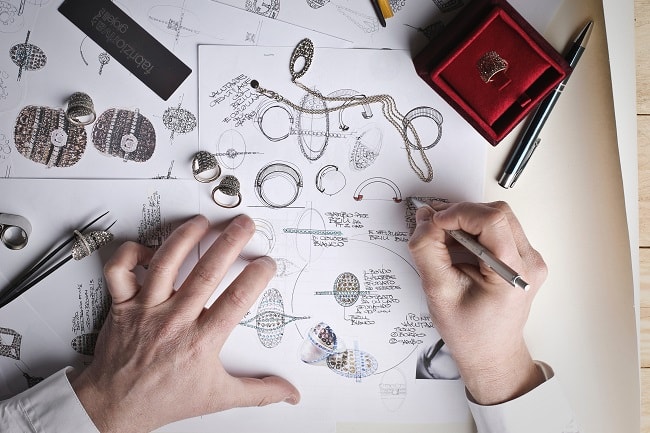 When you look at moissanite, it’s easy to see why Moissan thought he had found diamonds in that crater in Arizona. Moissanite is a clear white to light yellow glittering gemstone with high brilliance. So, in colour, moissanite can vary just like a diamond. Moissanites are also similarly hard when compared to a diamond, coming in at a 9.5 on the Mohs scale, just under a diamond’s 10 but above most other gemstones. The brilliance of moissanite is similar to a diamond’s, but moissanite is actually a bit more reflective and more fiery. While there are a few ways that diamonds and moissanites differ, the two gemstones have more commonalities than differences. And the major difference between the two gemstones — that excellent moissanite price tag — is one that could be hard to ignore. Browse Diamond Wish's Mossaintes for exceptional engagement rings at a fraction of the cost.