HOW MEN SHOULD WEAR WHITE DENIM 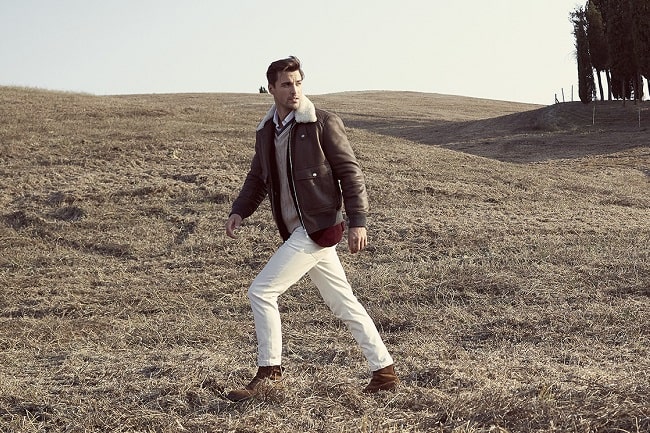 Get brighter. Even as summer winds down, what ordinarily applies to neon shades further pulls in your jeans. There are no overlapping elements, however. Rather, building off lighter washes, white jeans should have a place in your year-round wardrobe. Yes, they’re thought of as a summertime staple – one you might wear to the Riviera, the Caribbean, or anywhere along the Mediterranean with a lightweight, Cuban collar shirt and barely there footwear. Yet, with the right accoutrements and cut, white jeans transition with your hoodies and blazers into autumn and have lasting potential once spring arrives. As well, they’re one of those trends that borrows from a bit of everything – dad style, workwear influences, and menswear’s ever-expanding palette – without leaning in one particular direction.

On the other hand, their prior associations scare many away. You associate them with some wide-legged, baggy style your father or grandfather might have worn while on vacation. Or, they come off as extremely youthful, especially with a moto silhouette or overly distressed appearance. As one extreme, if you’re a certain age, they seem like a style choice for those pretentiously in-the-know. White party in Miami or Ibiza, anyone? But, this classic that cycles back every few years isn’t that hard to wear, once you factor in the following: 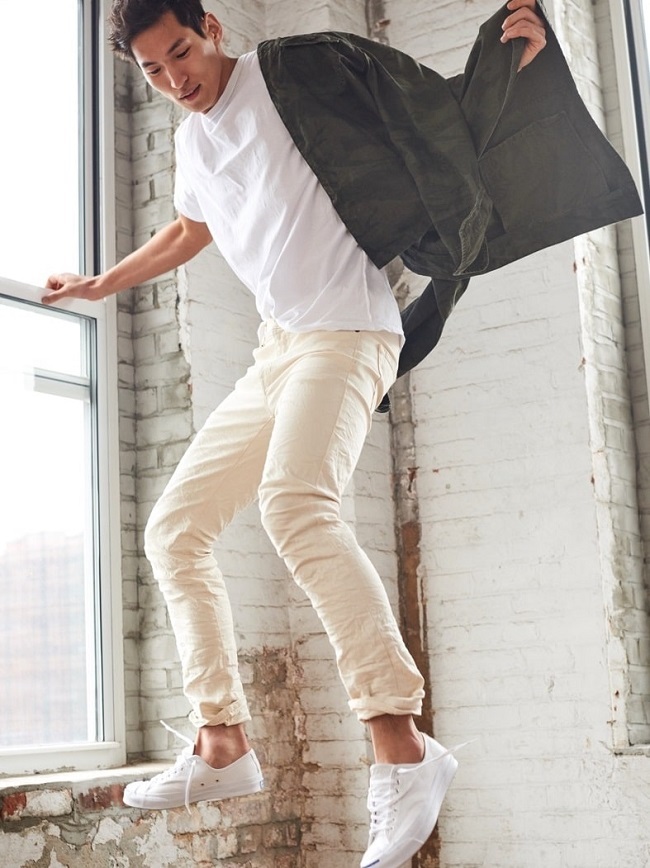 As the first piece of advice, keep it skinny classic – like a pair of Levi’s 501s. Anything ultra-skinny takes on the appearance of leggings, especially if you can’t see the weave, and anything too wide becomes unflattering. Just as black and other dark colours have a slimming appearance, light shades do the opposite, especially when they’re applied over a wider-fitting, boxier cut. And, along these lines, whatever you wear should seem slightly polished, although not like a pair of dressy trousers. So, avoid bagging around the ankles and a sagging waist. Rather, depending upon the season, have the leg taper right to the top of your shoe, or for warmer conditions, even roll up the cuffs. After all, you likely already do that with your chinos, and here, you’re aiming for a nearly identical cut. 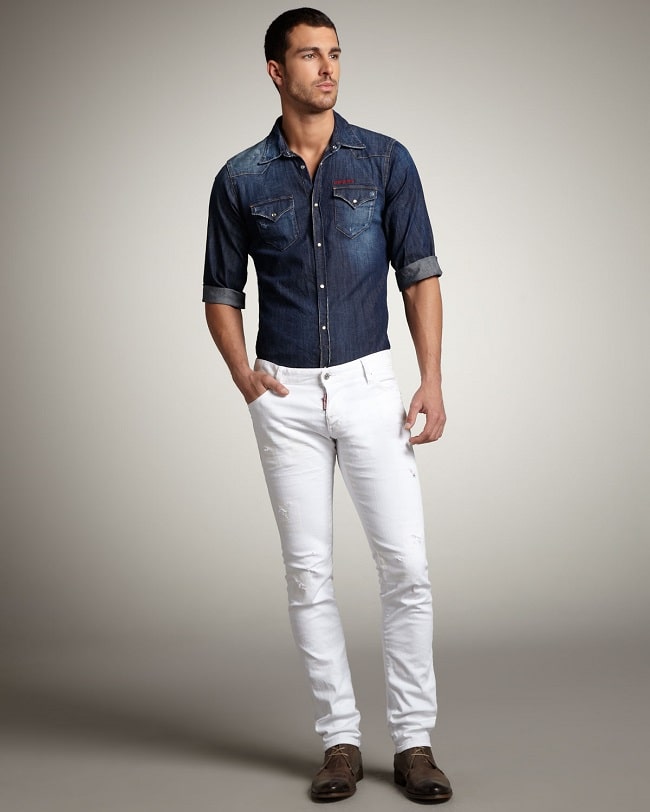 As with all denim, white jeans have their own range of shades, although not as extreme as traditional indigo or even black. But, this modest spectrum comes with a few connotations. Too yellow, and you’re firmly in painter’s territory. Blindingly white, on the other hand, looks as if you’ve poured bleach on yourself. And, anything intentionally off-white seems like a pale version of beige. It’s not to say that these options aren’t acceptable. Rather, for the greatest degree of versatility, you want something in the middle: Light but not bright, and with a very subtle hint of wear, but not as if you’ve been out working on houses all week. 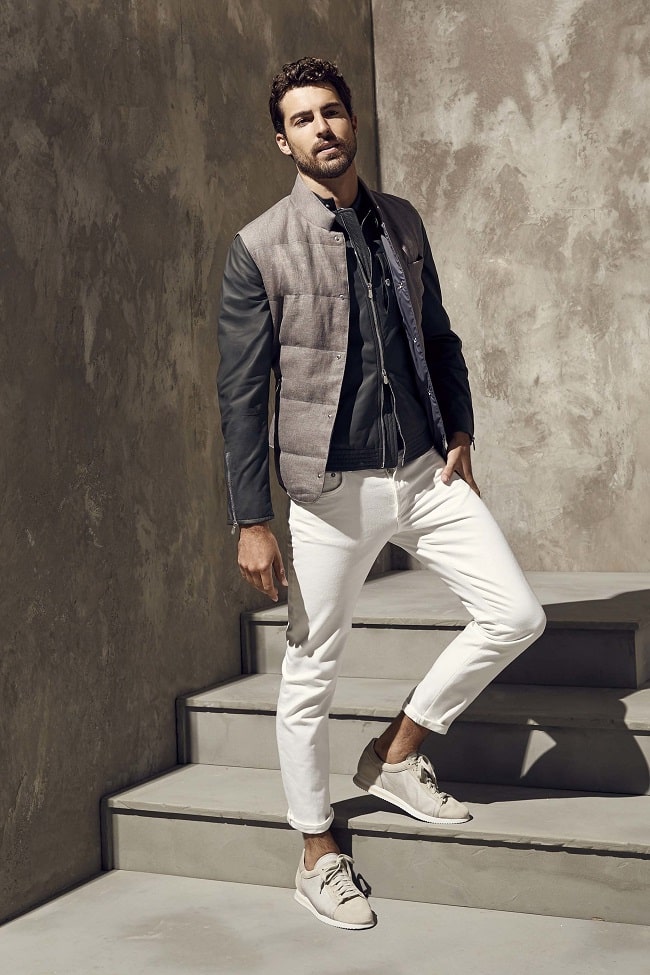 White, much like indigo washes, matches pretty much anything out there. Yet, of all the possibilities, its role works best as a contrast shade against black, navy, brown, and olive green or, on the flipside, with pastels. Warmer colours, like orange or red, aren’t fully off the table, but the result is often very in-your-face: Think Supreme’s red-and-white logo, holiday decorations, or a neon orange Creamsicle. Within these parameters, white jeans go everywhere. They lighten up your Oxford shirt, blazer, and lace-up boots for the office, and add a carefree character to your bomber, polo, and retro trainers whenever you’re heading out. For vacation, they’re practically built for ambling along a beach or boardwalk with a silk or linen shirt. But, tread mindfully with two-pieces and double-denim. All-over white seems like an adult-sized Christening outfit, so save the shade for either a structured denim jacket or your jeans. For double denim, try to vary your shades, or even for a textural contrast, opt for a darker-wash chambray shirt with cuffs rolled up, instead. 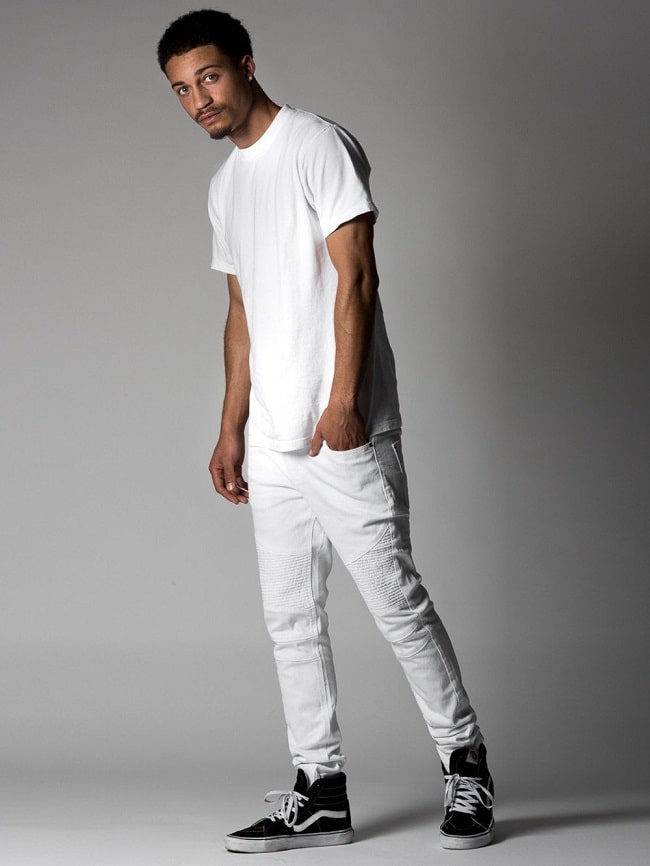 One of the reasons many men avoid white jeans? They attract more dirt and stains than your trainers. Sit down on the ground, and suddenly, you’re sporting grass streaks. Even a chair at a restaurant could leave a dirty imprint. And, if you spill or splatter anything on yourself, even if by accident, it’s all out there, right in the open. While a little bit of dirt does add some character, there’s always too much of a good thing. So, aside from being careful, if you do notice some tomato sauce, coffee, or dust has found its way onto your jeans, clean it out as soon as you can. 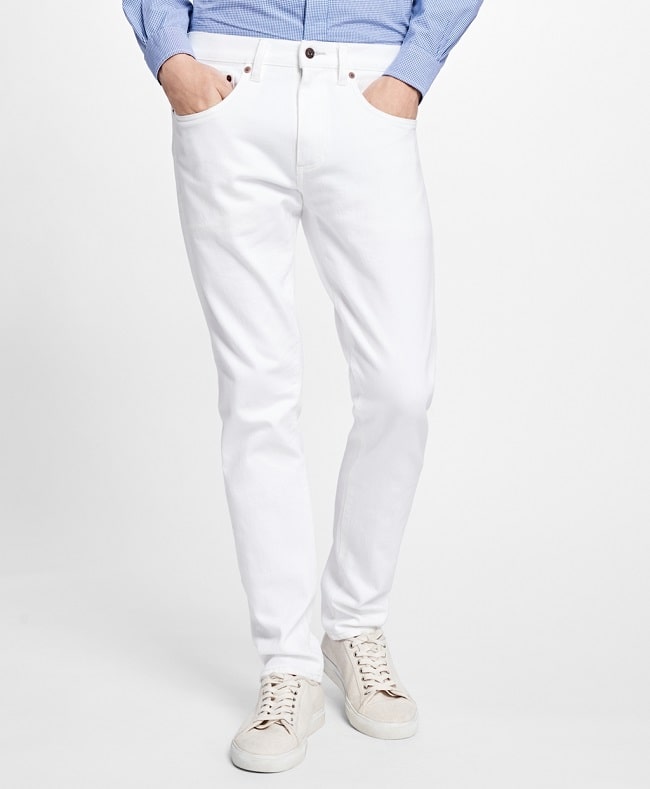 Denim, these days, is no stranger to embellishments; rips, distressing, studs, embroidery and moto details helped revive it. Yet, what amounts to add-ons really only makes sense when you have a traditional foundation. Coloured denim – and white jeans fall within this scope – stands out all on its own. That isn’t to say you should avoid any and all variation. Rather, keep it to a minimum.