ENJOY CHAMPAGNE IN THE CHALLENGING SURROUNDINGS OF ZERO GRAVITY 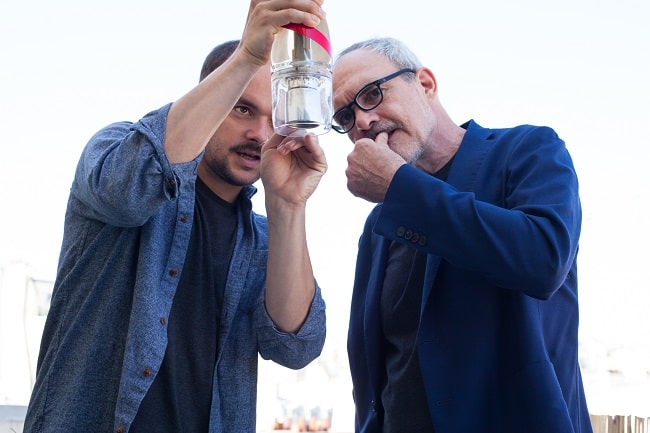 In September 2018, Maison Mumm officially launches Mumm Grand Cordon Stellar; a groundbreaking feat of technology that makes it possible for astronauts and other space travelers to enjoy champagne in the challenging surroundings of zero gravity.

I know right? We're all too familiar with that underwhelming feeling you get when entering zero gravity and the stewardess tells you there's no champagne on this flight because we've superseded the evolutionary bell-curve and the technology hasn't caught up. 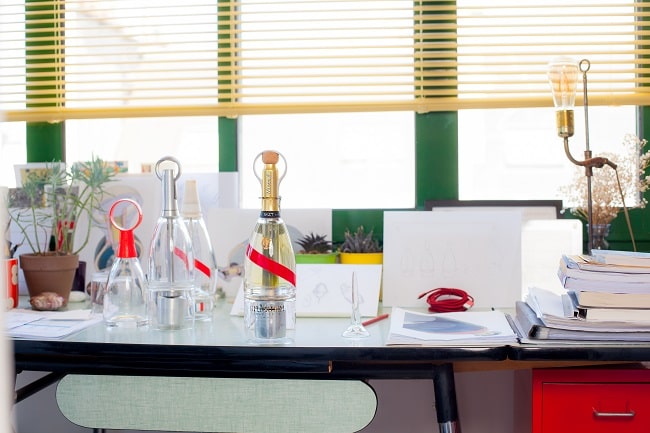 Well thanks to those switched-on luminaries over at Mumm, this high-tech champagne ritual will be available to all in the very near future. The brand’s aspirations are for Mumm Grand Cordon Stellar to be served to participants in the zero gravity flights organised by Novespace, while discussions are in progress to supply it to future space missions and commercial space flights. 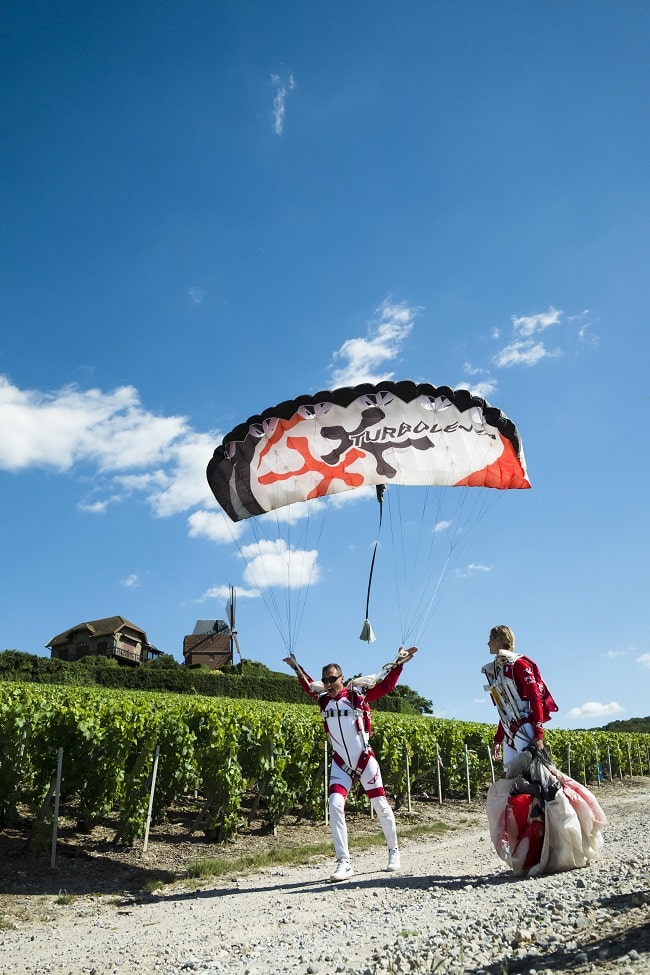 Its high-tech bottle design - crafted from transparent glass and embellished with the Mumm Grand Cordon cuvée's distinctive red sash - uses the champagne's gas to expel the liquid into a ring-shaped frame, where it is concentrated into a droplet of bubbles. It can then be passed to someone and released into the air, where it floats until gathered up in a specially designed glass. 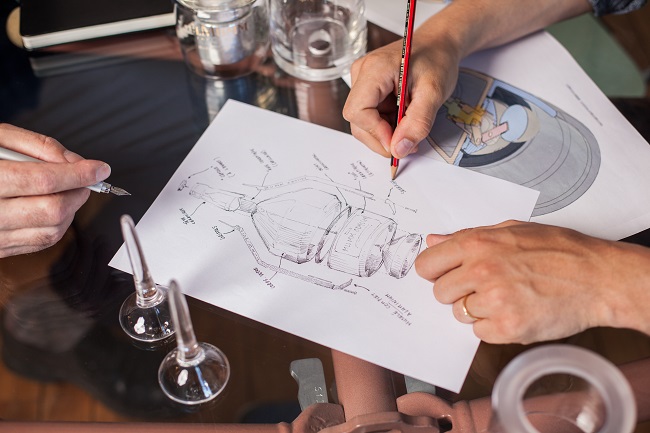 “By rising to this new challenge, Mumm defies gravity and once again pushes the limits of innovation. This revolutionary bottle illustrates the Maison’s status as an icon of the avant-garde.” says Pierre Bérard, Global Director of Mumm. Not only are they the early pioneers of producing champagne (the Maison's history is close to 200 years old) Mumm are keen to champion and reward other innovators in their respected industries. 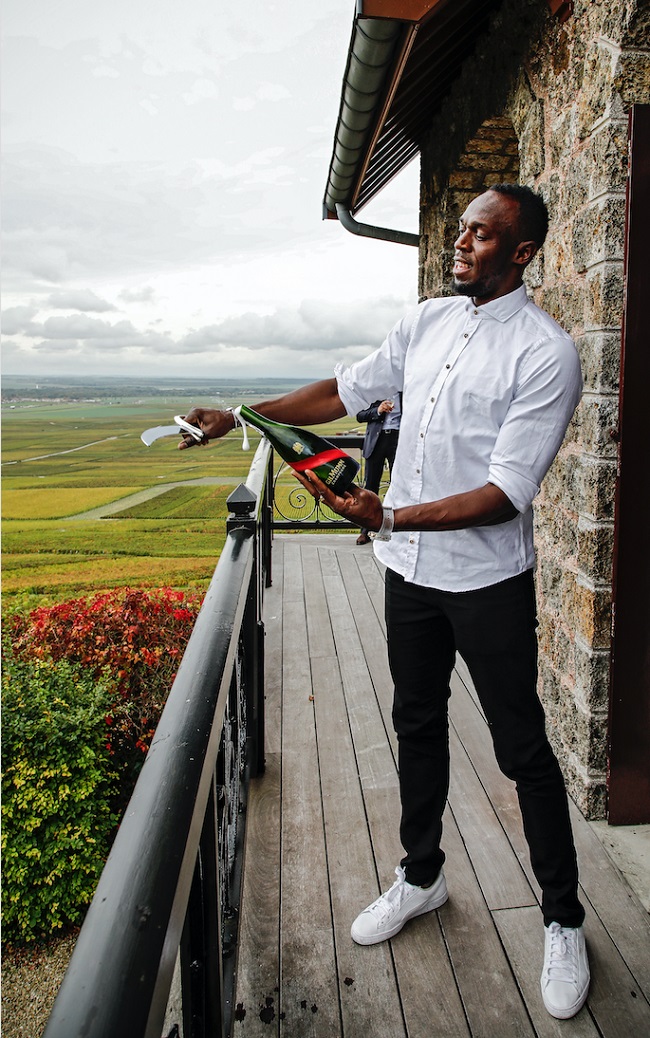 Usain Bolt was famously embroidered into the company’s entertainment campaigns in 2016, sabering a magnum bottom of Mumm Champagne before doing his famous lightning insignia. (Which Usain surely lifted from Arnold Schwarzenegger during his Mr Universe days. How come no one else references that?). This video will spearhead a new digital campaign entitled 'Find your next victory', in which participants submit out-of-this-world innovations and challenges - with the winning projects funded by Mumm. 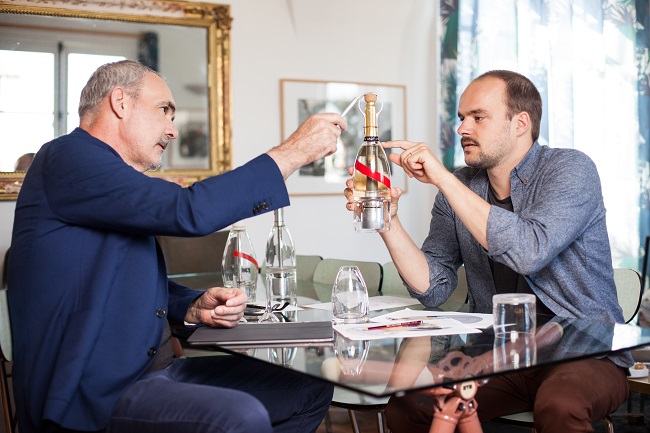 With all these initiatives, Mumm is putting the innovative spirit that has always guided the Maison at centre stage. One of the first champagnes to grace the supersonic airliner French Concorde, Mumm will now be the first to be served outside the Earth’s atmosphere. The campaign smacks of true Bondian-hedonism and will no doubt invite a wave of instagrammers to bombard Mumm with their Media Kits and immediate availability. I've got a little way to go yet with my BA status (currently at Bronze) I'm sure, but hope springs eternal. Maison Mumm have truly shot for the stars on this one. (I'll show myself out).