WHY IT’S TIME TO REVISIT THE OFFICE DRESS CODE

THIS IS NOT ANOTHER ARTICLE ABOUT DRESSING APPROPRIATELY FOR THE JOB, ONLY TO BE STEERED TOWARD SUITS AND TIES LIKE IT’S 1985 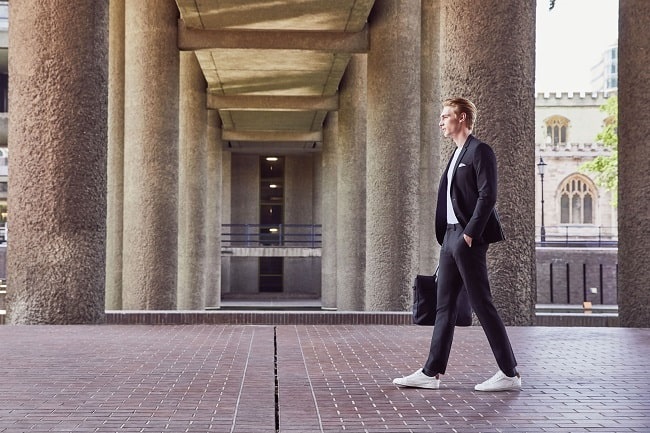 For men, getting dressed for the job used to be simple. Find a suit, a solid-colour button-up shirt, dress shoes, matching socks and you’re on the path to making a professional impression. Along the way, however, casual Fridays, loose interpretations of business casual, and the tech industry have broken down this template. These days, in certain industries, you can show up to a presentation in jeans and a T-shirt, the mere wearing of a blazer gets you marked as dressed up, and the need for individuality – intertwining with the impression of self-respect – has subverted the enforced uniformity of decades past.

Sounds kind of awesome, right? Maybe at a distance, yes, but the above facets have muddied the waters of business dress. You might say, in fact, that men now have to factor in nearly as many variables as women: Dressing for style without being trendy, thinking about your body type and attempting to be professional without simultaneously seeming dowdy and frumpy. So, you think, “If I just wear a suit, I don’t have to deal with this.” But, in today’s environment, you couldn’t be more wrong. Perhaps in sales or finance, you’re good to go, but on the opposite end, you’ll have your coworkers assuming you just went to a job interview – hence, you’re not taking your current position seriously – or you might even offend your casually dressing superiors. In the case of a recent 'Dear Prudence' column over at Slate.com, one letter writer called his subordinates in chinos and button-ups “uptight snobs”. 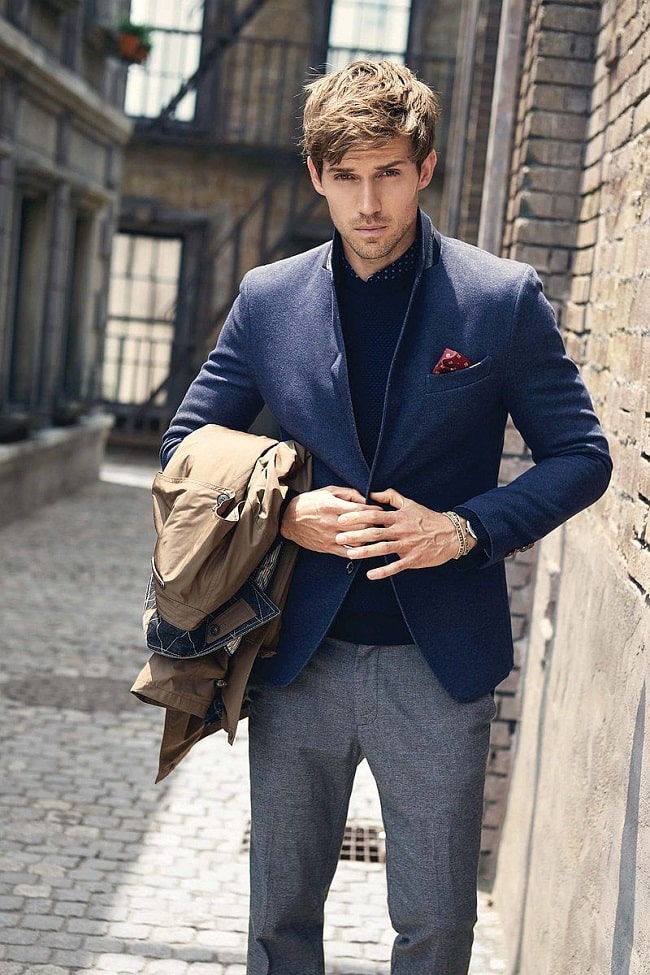 If you’ve spent a few years in office environments, you’re familiar with the dance. Maybe the office gives you a company manual, with a brief section geared toward dress codes. Or, you’re told it’s just “business casual.” In either instance, you’re expecting buttoned shirts, lace-up dress shoes and smart chinos – but discover your coworkers all generally feel comfortable in jeans, polos and trainers. So, you adjust – until the boss tells you to dress up for a client – and have those nicer clothes saved for the networking event. But, amongst that, you’ve got your coworkers, direct superiors and maybe even management questioning your choices. Was it too dressy? Not dressed up enough? And, god forbid your attire doesn’t reflect the company tone or culture: All about fun, they say, before working you 15-hour days, six days a week. 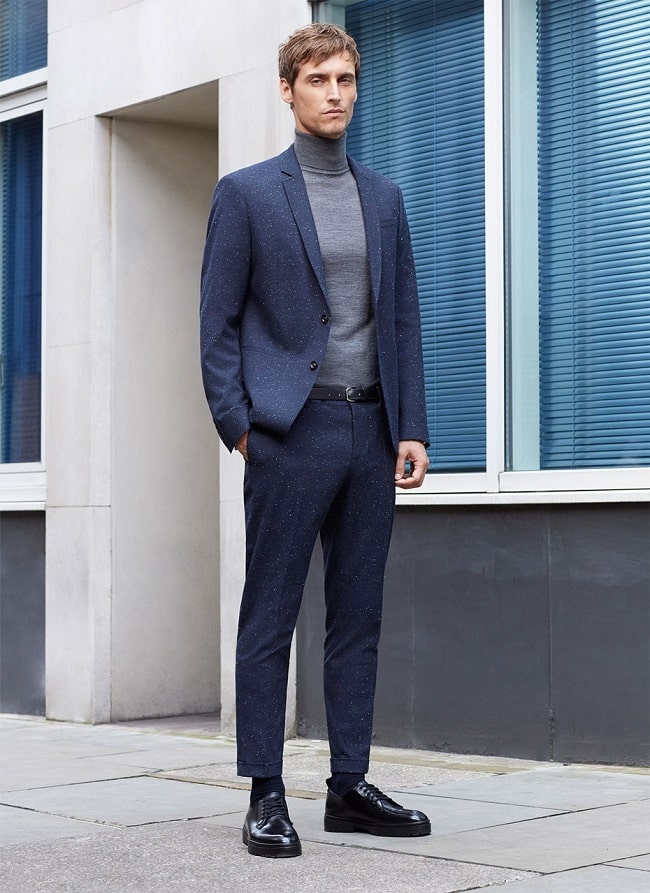 To sum it up, before you read another tone-deaf career article about dressing appropriately for the job, only to be steered toward suits and ties like it’s 1985, realise this: In 2018, and really, for the past 10 years already, there’s no such thing as a uniform, widely accepted dress code. It’s time to stop pretending that, once you’ve got the suit, the business world is right at your fingertips. Rather, we’re at a point in time where you watch, listen, learn and adapt quickly before you offend someone or worse, get laid off for not “fitting in with the company culture.” That being said, we’re still not in an 'anything goes' work culture. It still looks poorly, even in a hoodie-and-jeans workplace, when you show up in a wrinkled shirt and trousers two sizes too big. So, as a general guideline for these ambiguous times, the following can get you started on a semi-solid note. 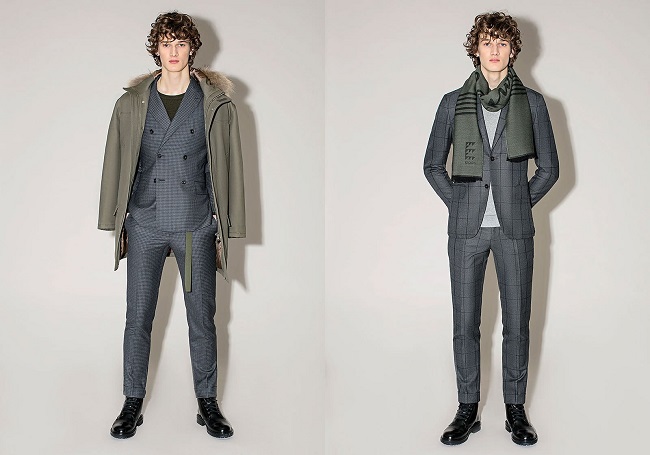 Not Too Big and Not Too Small

Specifically, within the menswear world, this translates to: “Avoid those spray-on jeans and those trendy oversized streetwear hoodies.” But, applied on a greater scale, it means, “Seek out a decent fit.” More specifically, whatever you wear shouldn’t be too large and shapeless – in spite of it being trendy – but shouldn’t also be too tight and short. Generally, these days you’d call it 'tailored,' but within your wardrobe, it’s shirts and trousers that don’t hug too close and don’t hang too low. To sum it up, anything with a 'slim,' 'straight,' or 'classic' fit, that falls right to the ankles or wrists, is a reliable baseline. At the same time, don’t just dress and run. Anything rumbled, wrinkled, or heavily creased projects a 'don’t really care' impression. So, go over your clothing the night before, or better yet, seek out something with wrinkle-free construction. It’s essentially why stretch-based, wash-and-wear fabrics have taken off. 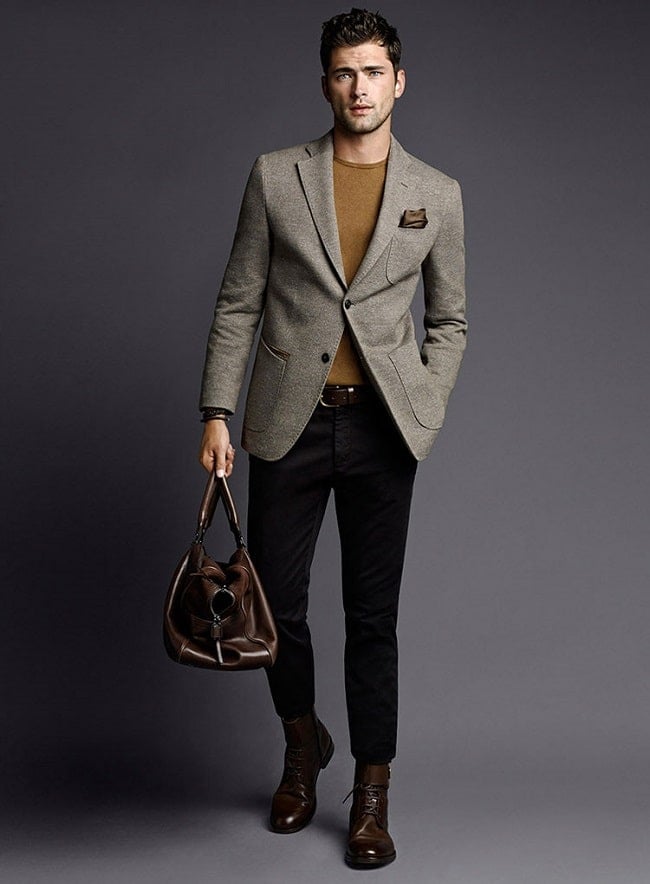 Countless menswear guides give you advice about building up your wardrobe. And frankly, while all of that’s helpful when it comes to looking sharp and getting more mileage without succumbing to fast fashion, it’s equally essential for the office. After all, excluding the most informal Silicon Valley workplaces, we can’t all show up in our hypebeast-y best Monday through Friday. So, on that note, a general business casual wardrobe – really, the most common yet most vague guidelines you’ll run up against out there – stands on a combination of semi-dressed-up essentials: Button-down shirts, chinos, khakis or flat-front trousers and a pair of loafers, Chelsea boots or a lace-up style is typically your base. From here, take it down a notch with a polo shirt or even well-fitting dark-wash jeans and solid-colour trainers. In the opposite direction, a structured blazer significantly upgrades any collared shirt and chinos combination. Between all that, knitwear – think cardigans, crew sweaters and quarter-zips – let you layer for those heavily air-conditioned days without coming off as bulky and poorly dressed. Added to this, the 'suit separates' concept has taken off across a wide swath of menswear retailers. Essentially, an off-the-rack style, perhaps requiring a minimal amount of tailoring (works together in a pinch), but the individual trousers and blazers have your everyday basics covered. 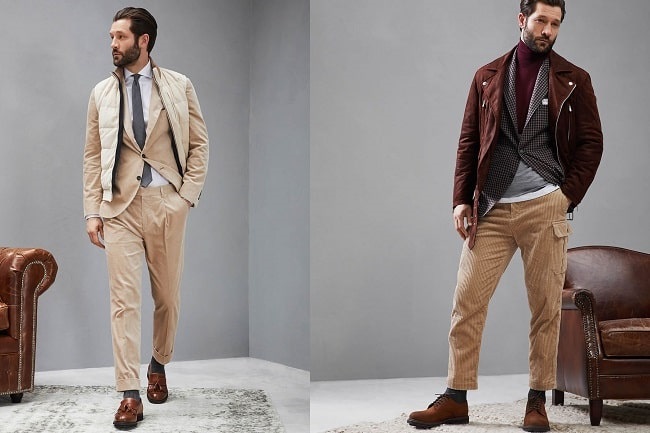 Fashion wise, we’re living in a 'bigger is better' time, both when it comes to prints and silhouettes themselves. The office workplace, on the other hand, hasn’t caught up. Any large-scale floral or geometric print, or too blocky stripes appear overly flashy – essentially, like you’re wearing a clubbing shirt. To put it simply, anything that qualifies as an embellishment – your prints to even your pocket square and belt buckle – should be kept as minimal as possible.

Age is the death of a career, in modern times. It’s one reason cosmetic procedures have shot up amongst men, why we continue to keep our skills up-to-date with the current pace of technology, and also behind the necessity of a minimal-at-best social media presence. No one wants you to be as inexperienced and as reckless as a teenager on Snapchat, but if you seem like you’re over the age of 45, you’ve suddenly aged yourself out. As such, seeming like an eternal thirty-something, regardless of your actual age, keeps the balance of age and experience in check, and is often the key to staying employed. But, seeming dated doesn’t just apply to your resume and social media presence. You’ve also got to dress the part. As such, anything your father might have worn to the office in the ‘80s and ‘90s suddenly ages you about 20 years: No loose wide-cut suits, no square-toed dress shoes, no briefcases and definitely no trousers braces, especially when worn with pinstripes. Additionally, keep those ‘00s trends in the literal closet: You might still own an Ed Hardy tee, but that doesn’t mean it should come to the office with you. Instead, it’s one of those pieces you bring out on occasion to relive your youth at an ironic ‘00s party.