HOW TO PULL OFF THE OVERSIZED JACKET TREND 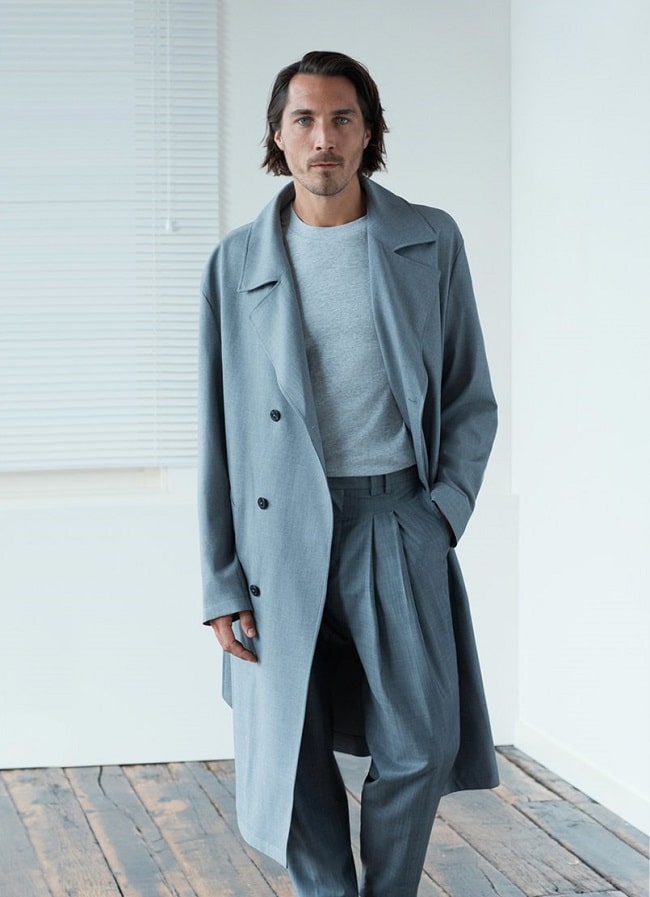 In spite of their cloying ubiquity, memes express a kernel of truth, even if it’s somewhat exaggerated. Take the oversized Balenciaga jacket meme from earlier this year: The trend runs gorpcore through the “extra” wringer, and we’re left with street photography of stars in sleeping bag-esque jackets. But, at the heart of it, the facts still stand: Based on runway presentations, men’s jackets have become bigger, longer, and overall puffier. While you can avoid them, there comes a point when the silhouette will eventually envelope you. So, how do you seem more like Sherlock Holmes and less of a misguided pimp caricature? The key lies within proportions.

Let’s start with the most accessible; the overcoat. In its truest form, it should drape over everything else and have some structure along the shoulders and sides. And ideally, is designed in a neutral hue, like grey, navy, black or even camel. It’s that everyday coat you can wear over your office digs, yet doesn’t come off stuffy when you head out to the pub. While its garnered a somewhat conservative reputation, the overcoat symbolises a classic: It’s versatility that takes you everywhere. Yet, the context of AW18 defies the jacket’s status. Firstly, the semi-spacious fit has been extended, now wider, longer and ultimately seeming slouchier. Secondly, even amongst accessible brands, the colour palette now compasses bolder, bright hues: Think red, orange, purple and even large plaid prints. 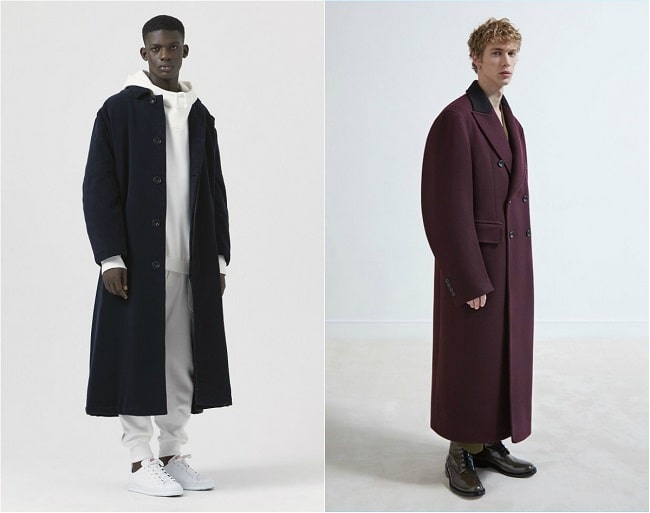 Thirdly, that wool or Tweed combo simply feels too old-fashioned and square: Leather and even synthetic materials fuse together rave, futuristic Matrix-esque elements and the mystery of the Vampire Hunter D movies. To sum it up, the only thing classic about the jacket are the angular, sloped shoulders and buttoned, lapeled front. For this modern iteration, still look for that sense of structure – both with its angular form and belted waist. As a secondary element, consider where the edges fall. For anything oversized, but especially a classic piece, there’s a fine line between seeming trendy and child-like, and that’s often at the wrists and knees. Stay here, and you’re good. Go below and suddenly, you’re playing dress up. Beyond these points, the rest is up to you. 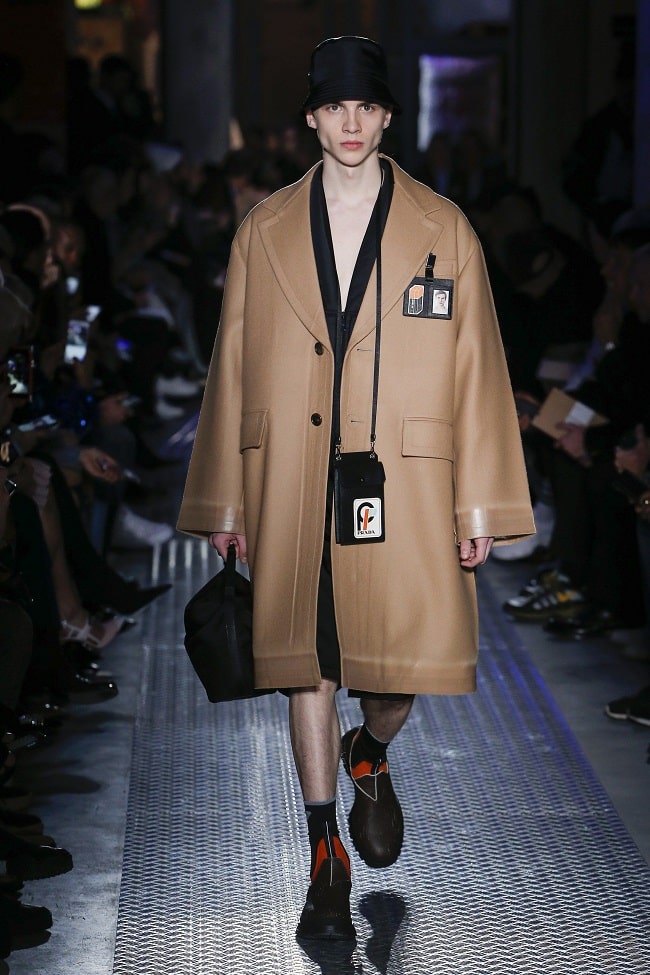 Now, here’s a coat with some context. By itself, it’s a winter staple and in more compact form, it’s part of any hiker’s wheelhouse. After all, how else are you going to stay warm against a powerful gust of wind hitting you head-on? Yet, over the past couple of years, gorpcore fashion brought us what’s best described as the 'urban puffer.' Drake’s Canada Goose collaboration and whatever The North Face Purple Label releases sum it up succinctly: A practical silhouette redone with shiny fabrics, Sherpa or faux-fur trim, colour-blocking and a wider fit. On the other hand, it's a well-tread trend that pulls from ‘80s ski wear and late-‘90s hip-hop fashion and manages to make you look like Chris Lowe of the Pet Shop Boys, circa the Behaviour era. For AW18, the puffer has stepped far past modesty, essentially making it peak meme fodder: Neon shades, longer lengths and bigger, puffier baffling. However, the trick to avoiding novelty territory is this: Think of it as the ultimate layer over multiple baggy, oversized garments. Runway presentations pair it with track suits, hoodies and even lighter, bomber-style jackets. 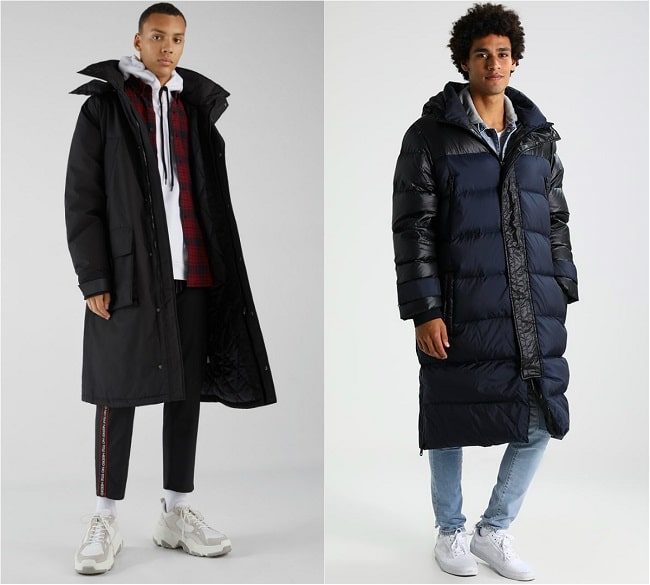 Sometime during the ‘00s, suiting significantly slimmed down. Gone were the voluminous, draped proportions of the ‘80s and ‘90s; suddenly, thanks to Tom Ford and Yves Saint Laurent, being sharp meant going skinny. And, as we’re nearing two decades in, it’s a shape that’s changed only minimally. Perhaps as a chronologically timed and somewhat logical reaction, the wider-cut suit has gained some ground, albeit a bit slowly. Although head-to-toe oversized pushes the boundaries of taste (and still brings to mind the greed-is-good Wall Street banker), the wider-cut blazer offers a structural compromise: A bigger fit in almost every sense, save for the wrists, that represents the ultimate contrast piece against your straight-fitting chinos. Logically ‘80s-era David Byrne comes to mind – but New Wave’s comparatively softer connotations avoid the finance archetype’s baggage. As such, in attempting this trend, think shoulder pads – and broader shoulders in general – without lengthening the arms. Keep the sides structured and slightly longer, otherwise the jacket will seem unintentionally cropped. 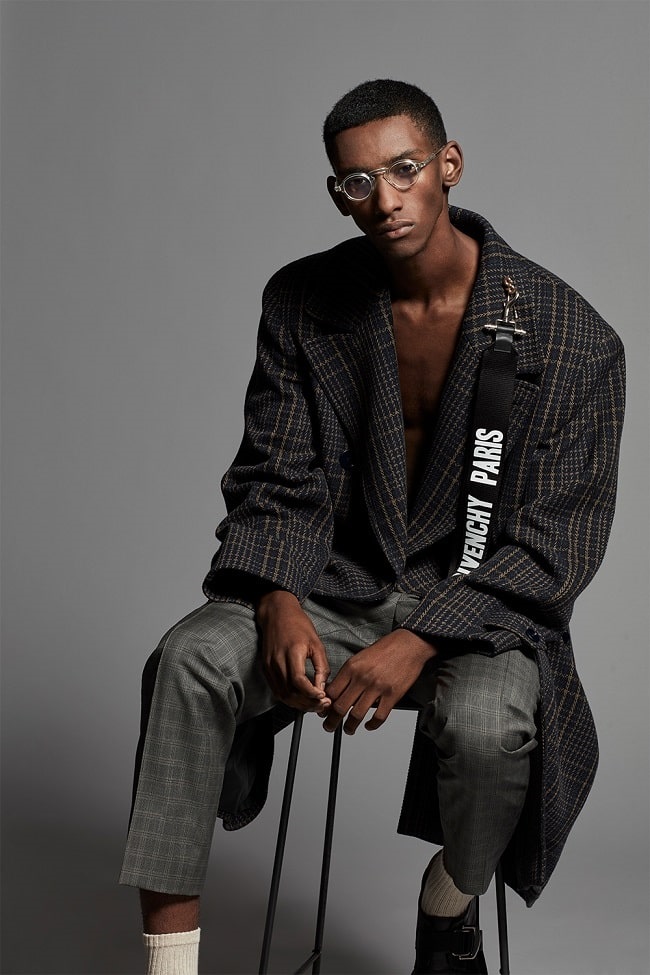 Within the vast-arching space that is casual outerwear; the bomber, the flight jacket, the hoodie and even the denim trucker jacket takes up the greatest amount of real estate. Of course, other styles occupy the same area, but with visibility often comes the need for change. Thus, for AW18, proportions have been reworked to adjust to the ever-changing times. Regardless of which you try to don, there’s a sharp difference between a true oversized silhouette and simply a large jacket. With the latter, all of the proportions are essentially longer and broader; with it on, it’s immediately clear you picked out a jacket way too big for your body type. An oversized shape, meanwhile, keeps the arms at the desired length while widening both sleeve and body width. Drop shoulders emphasise the intentionally slouchy appearance. And to finish it off, a collar or hood may take up more room, with shearling or Sherpa lining highlighting its larger-than-average proportions. 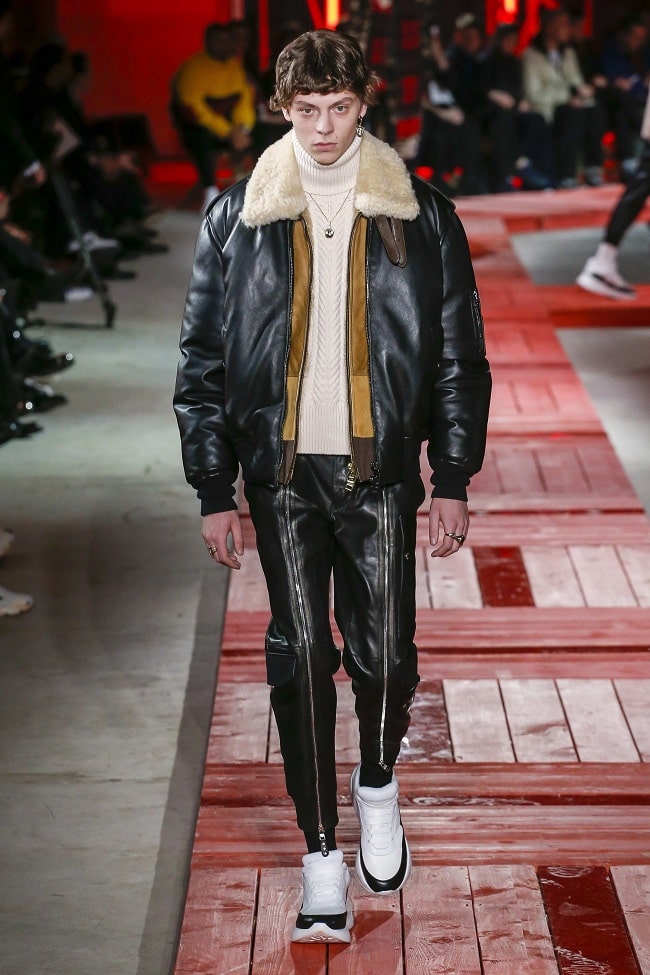