WHY STREETWEAR BRANDS ARE NOW INSPIRED BY THE OUTDOORS

THE REASONS WHY HIKING-INSPIRED GARB IS TAKING OVER MENSWEAR 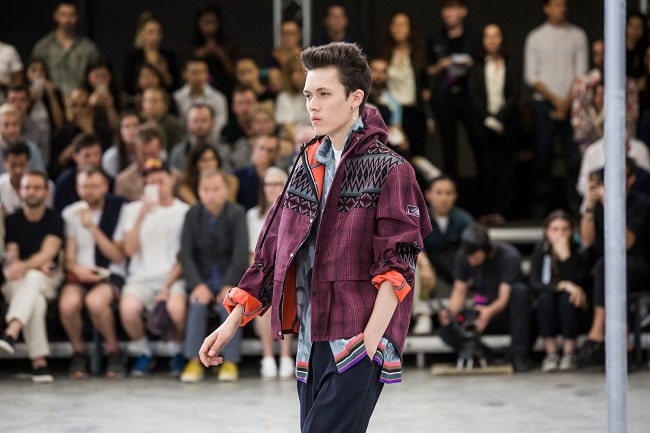 We all long for a sense of adventure – that escape from the mundane toward some degree of exhilaration. Especially with adulthood, predictability correlates with stability, but that nagging sense of “Isn’t there more than this?” continues to echo around your head like a dripping faucet in an empty apartment. Yet, grasping for that greater thing isn’t exclusive to personal musings. Rather, men’s fashion in 2018 (streetwear included) makes chasing after those fleeting thrills a rule. What’s the most garish print you can get away with, what can you get from the latest drop that’ll be gone in a couple of days, or how adventurous can you seem, even if your life consists of blogging and posting on Instagram? This last point’s responsible for renewed interest in skate culture and, on equal but newer footing, all that hiking-inspired garb that’s been taking over streetwear presentations for close to the last year.

Gorpcore – itself an offshoot of dad fashion – started off on an exaggerated note, often evoking intentionally retro, dowdy attire that would’ve been appropriate for a wilderness camping trip a couple of decades ago. As 2018 comes to an end, streamlined fits have subverted all of those clunky silhouettes and ironic designs. Instead, we’ve reached a confluence between yesteryear’s loud, tacky appearances – think ‘80s skiwear for reference – and the 'less is more' approach of modern performance features. But, while we can recap the trends, the question of “why this and why now?” remains. 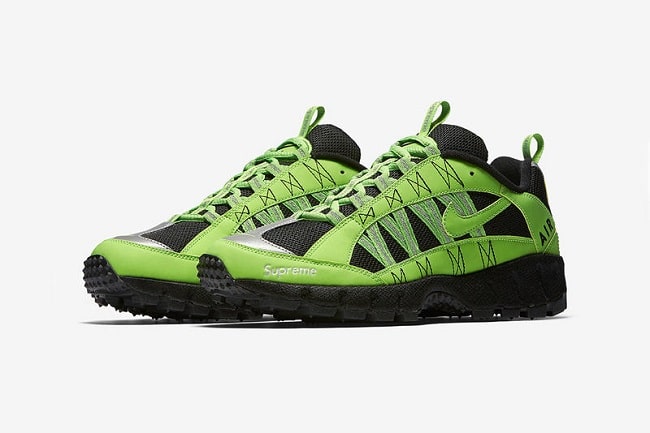 Think, for a moment, about two ongoing streetwear trends. On one hand, wider, occasionally slouchier, and frequently longer fits have taken over all types of clothing. Jackets and hoodies obscure most of your frame, T-shirts frequently resemble tunics, and wider-legged trousers seem like a ‘90s skate style polished up. Unless it’s spray-on jeans, it’s got to be larger and grander in the present. At the same time, nearly every ‘90s trend you can think of has been recycled over the past five years. Grunge and hip-hop? Flannel, ripped jeans, large puffer jackets, and sportswear revived both ends of the decade. A resurgence in ravewear added all variations of neon to our colour lexicon, and for this coming season, we’re expected to be reliving The Matrix. 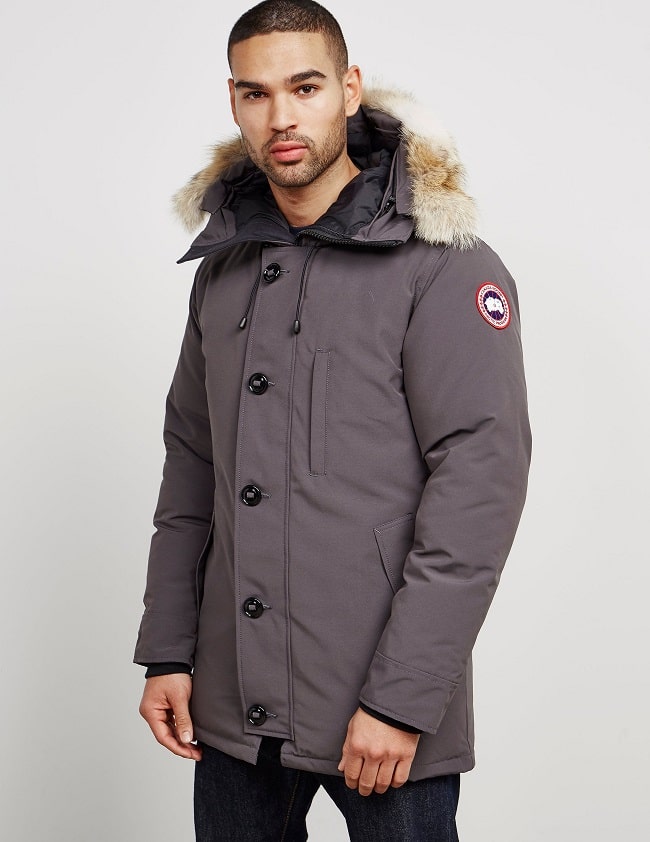 With everything 'cool' used up, trends have reached a fork in the road, albeit with two routes that go to a similar destination: The awkward ‘00s and the obliviousness of dad fashion. One’s given us bowler shirts and tacky embellishments; the other, comfort strictly for comfort’s sake. Still, though, large anoraks, thick-soled trainers, and trousers that zip-off at the knees still seem a little cool (and not entirely useless) once you add performance features. And, today’s slimmed-down gorpcore essentially communicates, “Yes, it’s ugly, but don’t you want to know what else it can do?” Thus, outdoor-inspired gear looks the part and subverts all expectations. 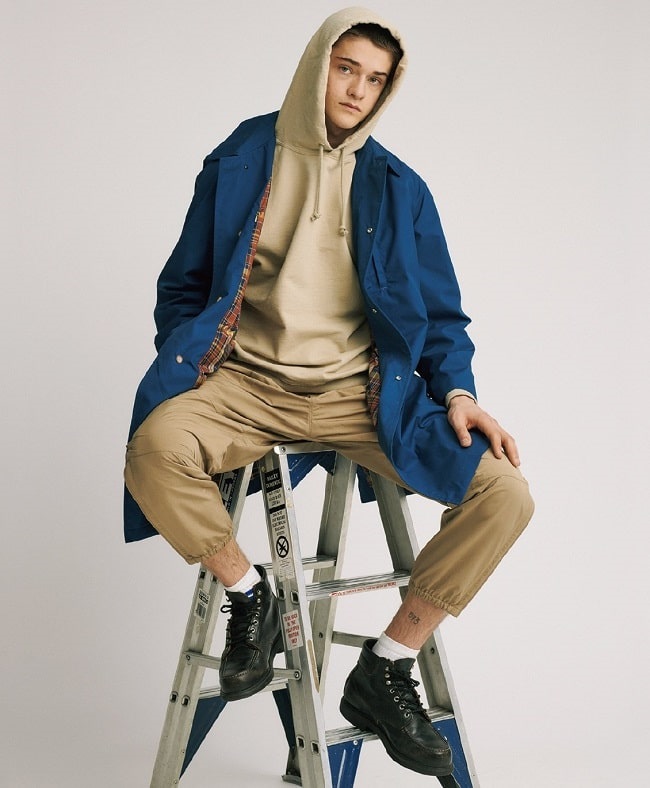 Even the most casual hypebeasts will attempt to snatch up a limited-edition collaboration, but with outdoor-influenced digs, it’s more of a chicken-or-the-egg scenario: Did designers get inspired by clunky, brightly-coloured athletic shoes, or is such a silhouette already appealing? It’s hard to say, but the resurgence of the trail runner – ultra-techy, streamlined but rugged and frequently featuring bright red or turquoise hues - paved way for the runway. Some trace that back roughly 10 years, when the occasional active-inspired sneaker appeared on the catwalk. 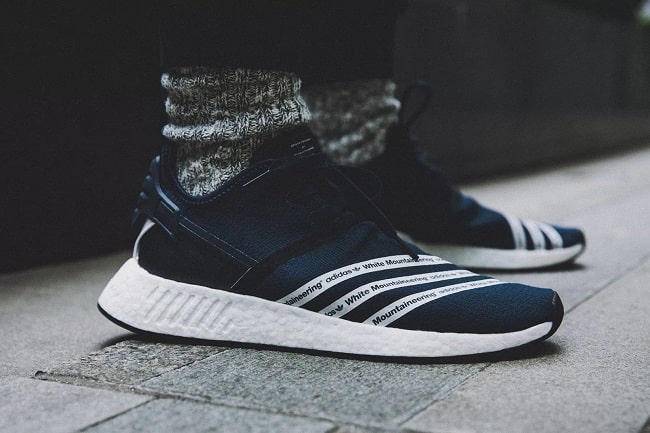 Now, such collaborations as White Mountaineering x Adidas, BBS x Salomon, Supreme with Nike’s Humara, and Kiko Kostadinov and Hoka One One rework the novelty value. No longer is the shoe just some pretty but technically useless thing. Rather, you get all the tech features – the better to actually wear them – and a pretty sick, hard-to-find design, too. Ultimately, it’s a win-win. Yet, why stop with shoes? If you can have the features and the cool factor, the options become more varied. KITH, in this scenario, tested the boundaries, and so far, we’ve seen a trail runner collab – Adidas Terrex shoes, to be exact – plus some apparel with Columbia and Moncler, sunglasses with Oakley, and a watch with G-Shock. 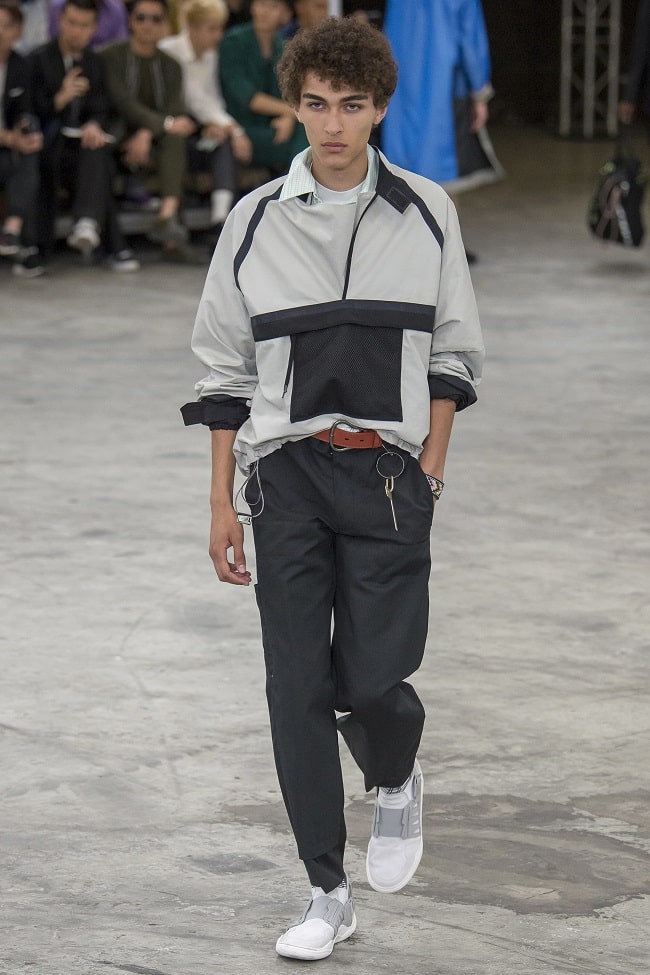 Of course, collaborations and inspiration work both ways. Flowing in the opposite direction, there’s Lanvin. While nostalgia has played a key role with both dad fashion and gorpcore, outdoor-influenced runway collections, like Lucas Ossendrijver’s SS18 offering, are more than just a look. Rather, in line with tech trends, they’re meant to function outside to some degree – although there’s minimal-to-no chance you’d wear Lanvin to a campsite. Rather, as Ossendrijver explained in an interview with Bloomberg, pieces have the tailoring and construction traditional outdoor gear usually lacks, and come with the features and properties to withstand repeat use in the city. 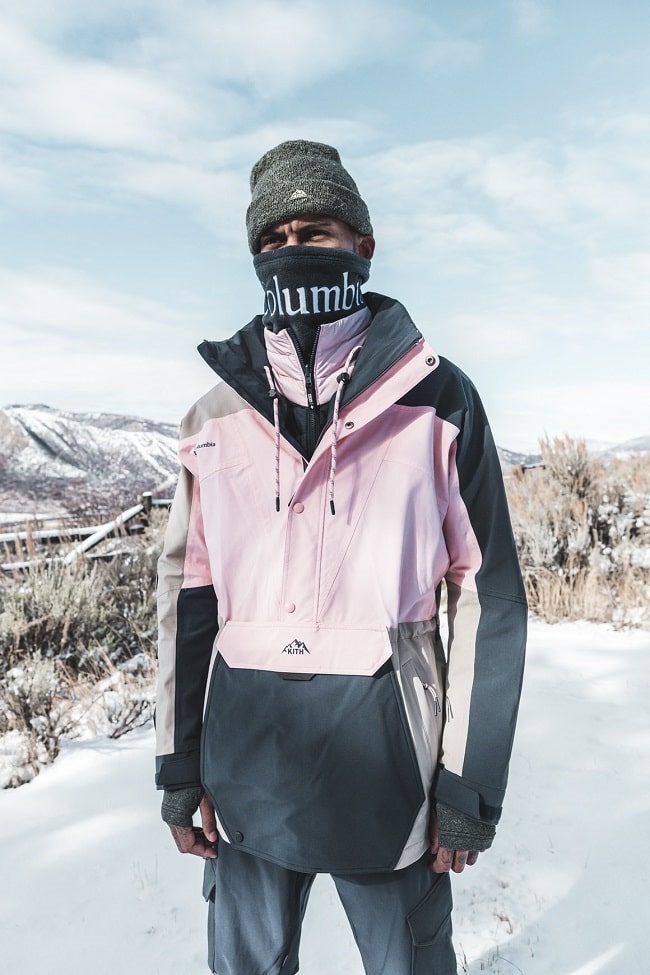 When you picture the outdoor market’s typical customer, you see someone older – 40s or 50s perhaps – or, on the opposite end, a Millennial with endless shots of mountaintops and rivers on his Instagram page. In between, you have that twenty or thirtysomething who, while not exploring the backcountry during the weekends, understands the need for quality outerwear and boots and often has the cash to spend on investment pieces. As such, a growing sector of the outdoor market has essentially started courting the paradigm streetwear consumer – aware, knowledgeable and willing to spend. 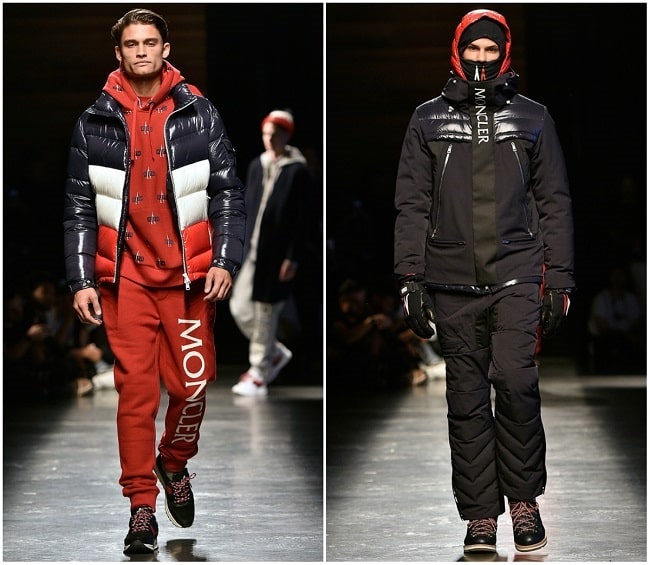 The result, thus far, has materialised as various offshoots from The North Face and Arc’Teryx, while long-time brands like Stone Island, Timberland and Canada Goose seek out collaborations for the novelty factor. However, as The North Face’s fall and climb back up through the ‘00s showed, changing your product and image end up alienating a brand’s core base. Thus, some balance becomes necessary. The hope, though, is that this customer will develop brand devotion and not just purchase something one-off from the Columbia x KITH collaboration. How that’ll work out, we’ll just have to wait and see. 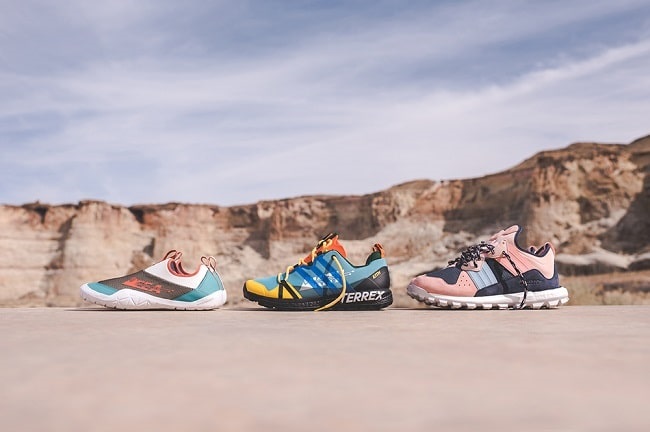