WHY YOU SHOULD BE WEARING THE CHORE COAT

DUBBED THE ENGINEER’S JACKET AND THE FRENCH LABOURER’S JACKET 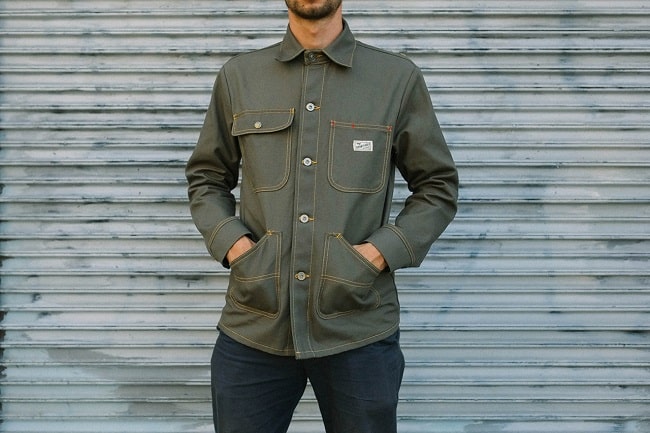 Some trends come out of nowhere; others arise from a confluence of factors. The chore coat, ubiquitous this autumn, is one such piece. Although its deep indigo blue shade sticks out amongst the transitional blacks, tans, browns and olive greens, look past the façade. Each of its components – its working man roots, its pocket-covered exterior and even its woven, blue-hued appearance – are rooted in other to-the-moment styles. Naturally, its return and updated use were bound to happen.

Depending upon what you read, its origins go back to two sources. In one, it’s a French labourer’s jacket dating back to the 19th century that continues to symbolise the country’s modern workforce. Through another perspective, it emerged in the U.S. in the early 20th century, dubbed the 'engineer’s jacket' for its use amongst railroad workers. 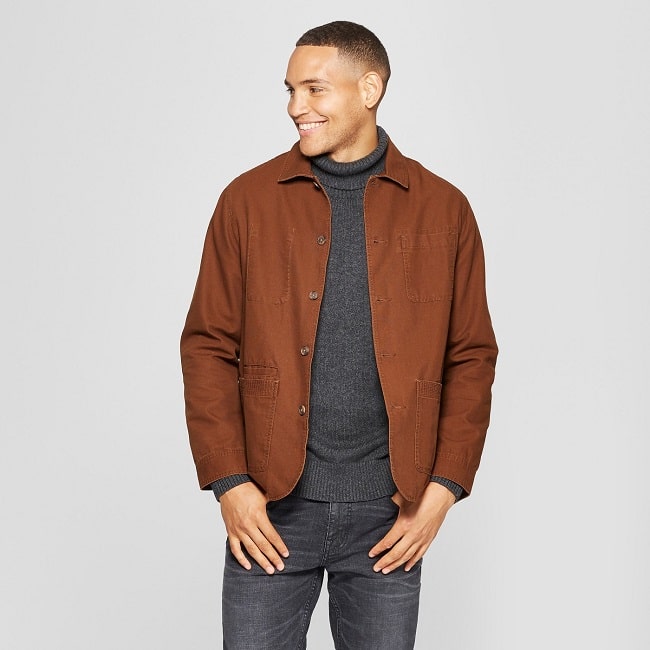 Yet, in the U.S., this jacket – with a thicker, cotton-based construction, a boxy shape and featuring multiple patch pockets – was a key piece of workwear during the early 20th century, worn by mechanics, farmers and anyone who needed a durable garment with space for tools. While today’s workwear doesn’t deviate from this template, specific features differentiated the chore coat from other work jackets: Beyond the material and colour, the front had four large pockets, while a large, wider-cut collar could be flipped up to block out the elements. As well, a wider cut – another facet still present in modern workwear – let the wearer move and further left open the option for alterations. 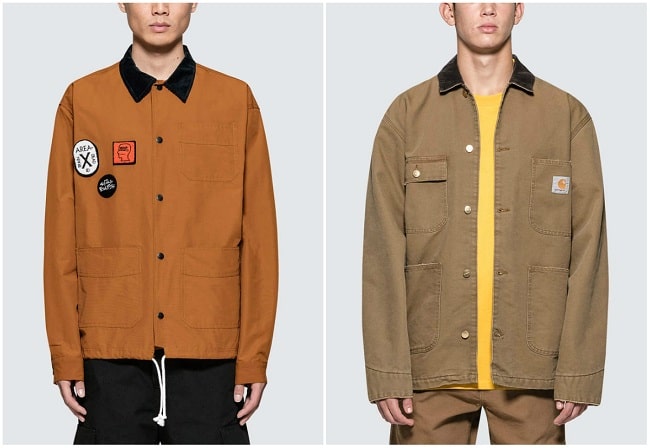 Considering these factors, the modern chore coat is only tenuously connected to its practical predecessor. For one, not every style features the four-pocket look – rather, you might only spot two patch pockets for the hands. The cut, too, is less voluminous; while still structured, the update typically sits closer to the body. As a third change, materials cover the spectrum from traditional – like cotton duck or thicker denim – to distantly related, like chambray for warmer weather to options like wool that wouldn’t have been on a workman’s radar a century ago. Then, as a fourth and key visual factor, it’s rare to see blue; rather, you’ll find modern chore coats in a range of colours and even patterns. So, with these points in mind, what differentiates a chore coat from, say, a safari jacket or even a workwear-influenced streetwear piece? 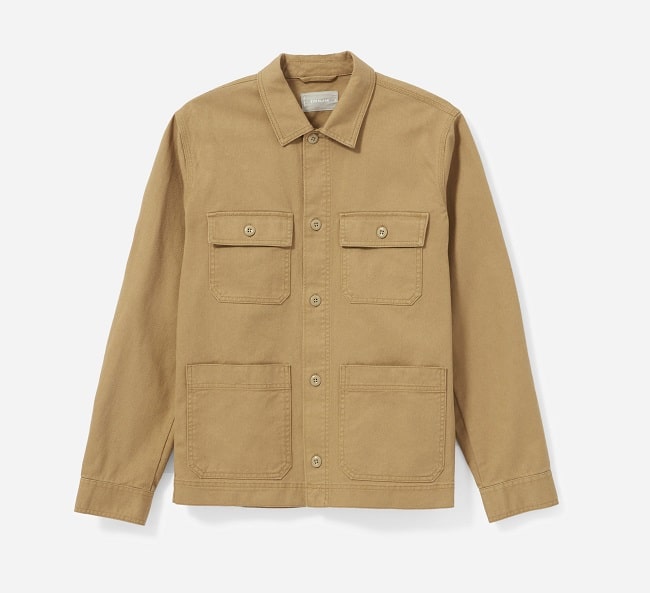 Excluding the lightweight versions designed for late spring weather and early autumn days, classic workwear construction runs through the jacket’s veins – it’s likely a reason late photographer Bill Cunningham donned it to ride and shoot around New York City on his bicycle. More specifically, though, abrasion-resistant cotton – stronger than denim and on par with cotton duck – lasts through years of wear, while a wax coating adds a level of water resistance. The result handles a wider range of weather conditions without adding the weight of a typical late-autumn, early-winter jacket or the bulkiness of a traditional work jacket. If you could sum it up, it’s 2017’s shacket – itself, still going strong – with more stylish undertones. As streetwear and even menswear enthusiasts seek out outdoor and workwear gear, some of these brands have introduced their own chore coats, like the Iron Forge Hemp from Patagonia or the Duck Chore Coat from Carhartt. 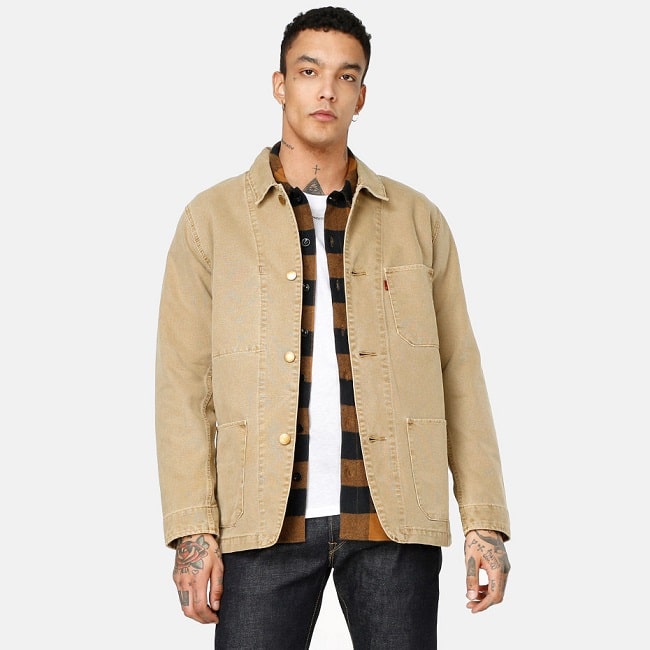 Americana fashion, itself tinged with retro implications, isn’t easy to pin down. It’s part Old Hollywood movies (whether you envision John Wayne or James Dean), it’s part hardworking labourer (think a cowboy or mid-century factory worker) and it’s also staunch, almost jingoistic, affinity for anything Stars and Stripes. Runway wise, silk western shirts and cowboy boots brought out Americana’s inherent tackiness this season, while plenty of streetwear lookbooks have made Carhartt- and Dickies-esque silhouettes the holy grail of hypebeasts everywhere. Yet, for the average guy who wants a piece that’s relevant and wearable for more than one or two seasons, Americana’s kind of alienating and artificial. You don’t see yourself in it (both theoretically and literally) and don’t really want to slap down all that dough on a novelty piece. As such, the chore coat bridges these two extremes: It’s the most neutral Americana-leaning piece you’ll find that still nods to the country’s industrial past. 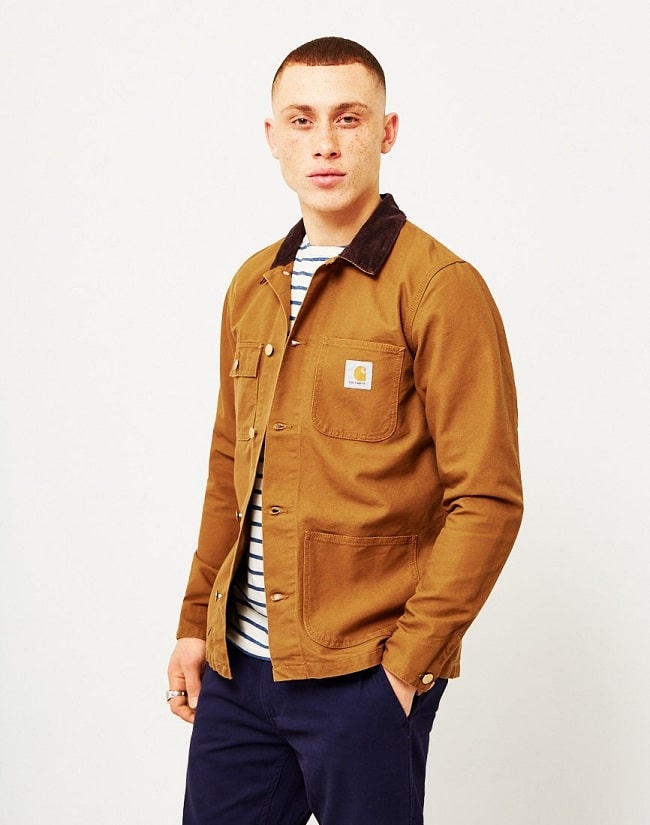 It’s (Pretty) Practical Without Being Boring

With menswear, a sense of practicality runs through most garments: Even if it looks good, it should still do something, even if that something is lasting through years of wash and wear. Thankfully, the chore coat tends to exceed this and do a bit more. Those pockets certainly come in handy – especially if you’re still not too keen on men’s bags. One’s large enough for a phone, another for your wallet, and, if you’re in travel, there’s enough space for a passport, too. Just don’t treat them like cargo pants: Overstuffing looks and feels awkward and, frankly, makes you seem like the stereotypical American tourist visiting Europe for the first time. Yet, the jacket doesn’t just take repeat beatings and add extra storage. When it comes to your work wardrobe, certain styles, like the Chore Jacket from APC or the Engineer’s Coat from Levi’s, still suit the casual office dress code. No, you won’t wear it to meetings, but the structured fit’s lack of slouch frames your button-down with a hint of ruggedness. Added to these points, there’s layering. Come winter, that extra space offers another benefit: Unlike that Sherpa-lined shacket, you can simply layer flannel, a bomber, or even a hoodie right underneath for adaptable, stylishly layered warmth.