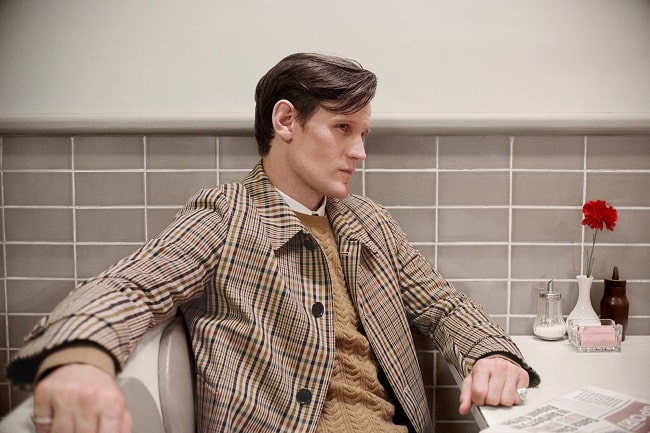 Its usual for media to pick up on whatever Meghan the Duchess of Sussex and Catherine the Duchess of Cambridge are wearing. In turn, the websites of those brands usually crash and the garments in question instantly sells out as the company struggles to manufacture quickly enough to keep up with demand. But what about the chaps; we’re rarely told what Prince Harry and Prince William are wearing. To help you shop like a royal prince we’ve put together a list of our favourite men’s fashion brands that supply their clothing to the British Royal Family. A Royal Warrant of Appointment is a mark of recognition of those who have supplied goods or services to the Households of HM The Queen, HRH The Duke of Edinburgh or HRH The Prince of Wales for at least five years, and who have an ongoing trading arrangement.

Established in 1755, Wolsey is the oldest British menswear brand and has been a Royal Warrant holder continuously since 1935. During the 19th century and Britain's industrial revolution, Wolsey pioneered unshrinkable wool hosiery from its origins in the East Midlands. 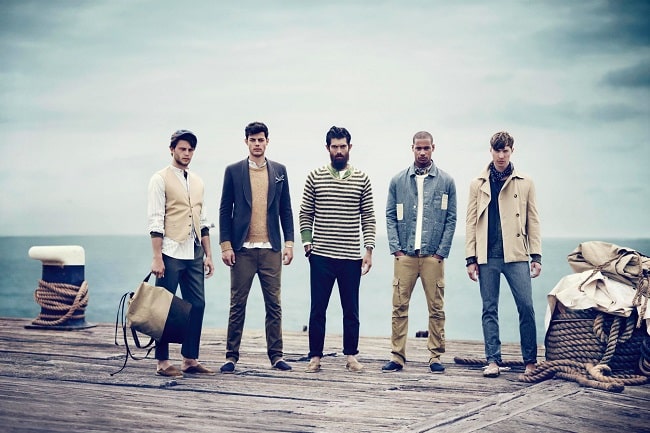 Established in 1856, Burberry is a global British luxury brand with a heritage of innovation, craftsmanship and design. Inspired by exploration, Thomas Burberry invented the waterproof fabric gabardine to protect from the elements, creating the foundation for the iconic trench coat that today remains at the core of the business. 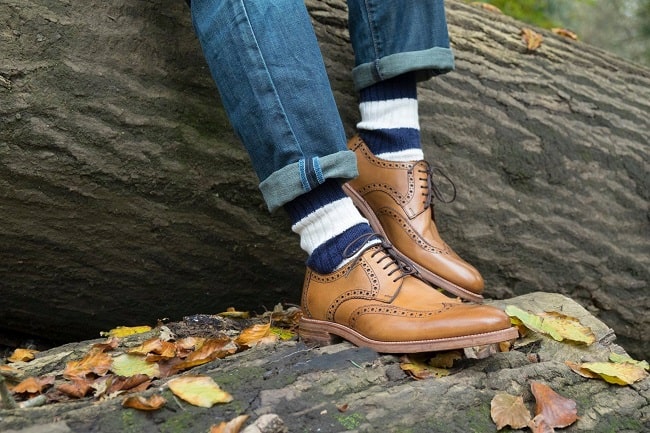 Crockett & Jones has achieved a worldwide reputation for its fine quality boots and shoes. Founded in 1879, this fifth-generation family business still makes its traditional craft made footwear in its original factory in Perry Street, Northampton.

Founded in 1894, DAKS has since become one of the UK’s most quintessentially British luxury labels, specialising in fine tailoring and accessories for both men and women, whilst continuing to uphold the values of quality, reliability and innovation first established more than 100 years ago. 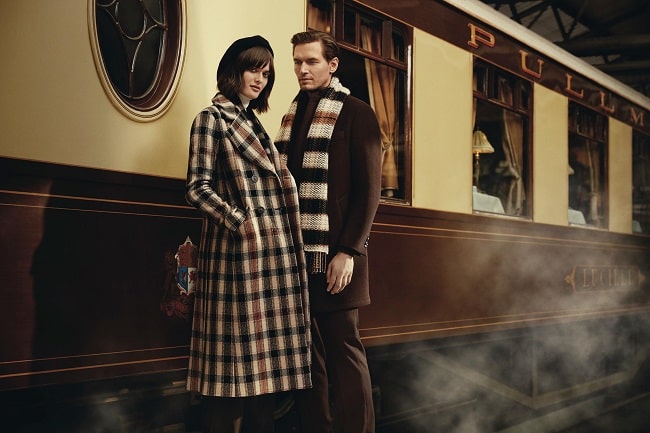 Dents has manufactured fine leather gloves for over 240 years. The company was established in Worcester in 1777. Today the company continues to practice the traditional glove making skills, to create its fine gloves. Dents gloves are supplied to the finest stores worldwide.

Founded in 1934, Ettinger has established its reputation in the UK and abroad as one of the finest leather-goods manufacturers in Britain. The Ettinger style is timeless, elegant and imbued with typical English flair, allowing for some confident use of colour and resulting in contemporary classics with singular appeal. 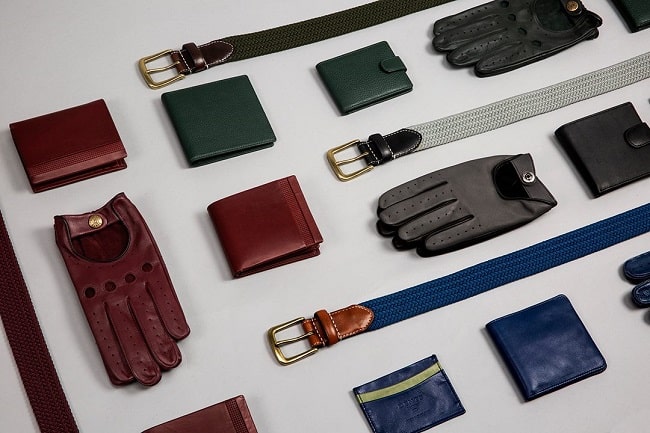 As the quintessential British luxury brand for gentlemen, Gieves & Hawkes has over two centuries of trading history, and for over 100 years has resided at its iconic London address, No. 1 Savile Row – the home of bespoke tailoring and a destination for those seeking the ultimate sartorial experience.

Founded in 1856, Hunter is a progressive British heritage brand renowned for its iconic Original boot. First introduced in 1956, the boot is handcrafted from 28 individual parts. The brand has a rich history of innovation, creating footwear and outerwear to protect from the weather and perform across all terrains. 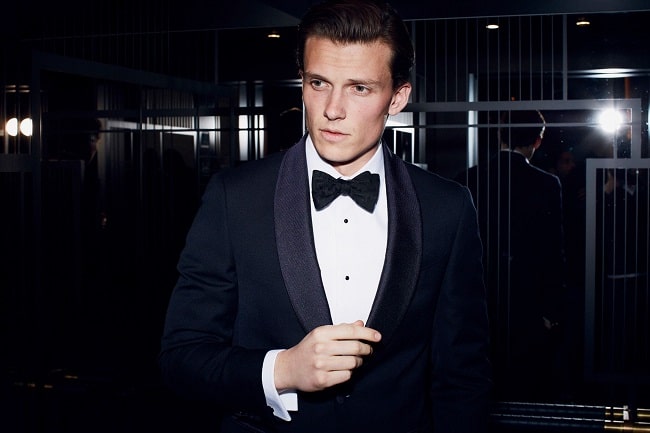 Barbour is an English brand founded in 1894 and based in South Shields, Tyne and Wear. Now operating on a global basis, it sells products including outerwear, clothing, accessories and footwear for men, women and children under the collections Barbour Heritage, Barbour International, Barbour Lifestyle and Barbour Countrywear.

The world's oldest hat shop Lock & Co. Hatters celebrated 340 years in 2016 and continues to be the ultimate purveyor of men's, women's and children's hats. Founded in 1676 by Robert Davis, the St. James's Street shop is the 34th world’s oldest family-owned business. 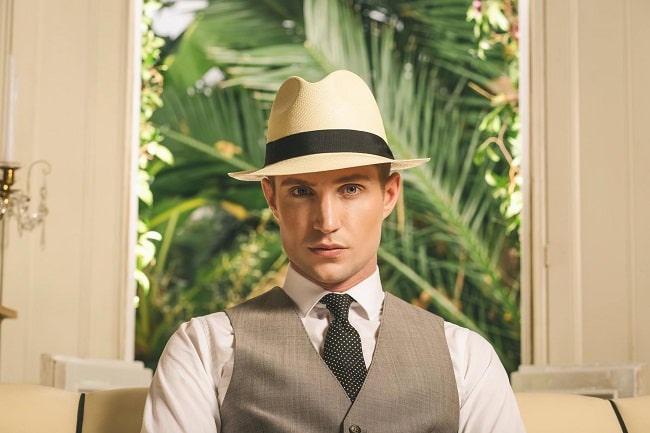 Founded in 1784, John Smedley has manufactured the finest knitwear at Lea Mills in Derbyshire for more than 230 years. Following the fashion cycles, they launch two collections a year: Sea Island cotton shirts, pullovers and cardigans in the summer; and merino wool and cashmere garments and accessories in the winter.

Founded in 1874, Lyle & Scott is an established menswear brand with an impressive history steeped in craftsmanship and innovation. Originally formed as a knitwear company, they have adapted their craft to new product categories to produce timeless and functional styles across golf performance, sports and vintage menswear ranges. 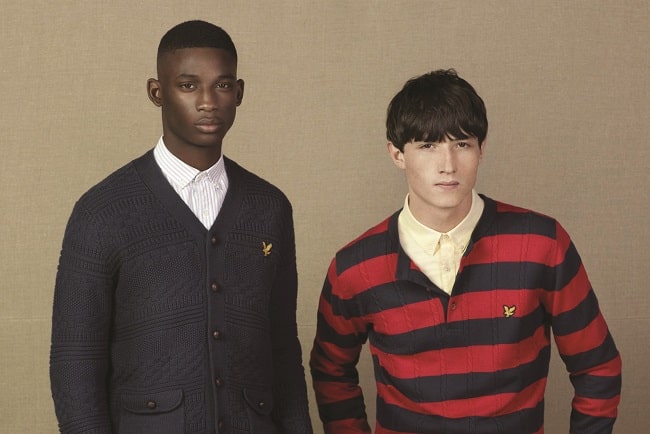 MUSTO is the world’s leading performance sailing brand and a British leader in shooting and equestrian sports. They engineer performance apparel for your adventures. The same fabric technology that protects ocean racers protects you in their sailing, country and multi-sport Evolution clothing.

Pringle of Scotland was founded in 1815 by Robert Pringle in the Scottish town of Hawick. With over a 200-year history, it can be considered one of the oldest luxury fashion brands in the world. 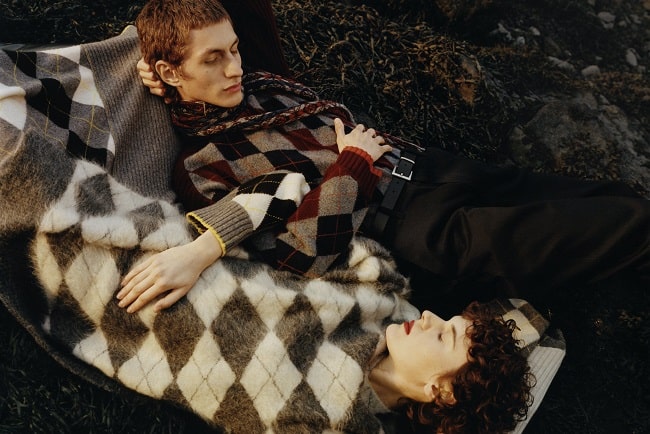 For over 180 years, Tricker's shoes have been handmade in Northampton. Renown for highest quality heavy brogue shoes and boots, adapted over the years for both country pursuits and town use. Tricker's exports world-wide and the footwear is accepted as some of the best-quality, handmade shoes originating from the British Isles.

Turnbull & Asser is a heralded shirtmaker and dresser of the world’s most eminent gentlemen. Staying true to its Made in England mantra, all of its shirts and ties are hand-made in the UK and have been since 1885. Today, it has three London stores – including the 1903 Jermyn Street flagship – and a location in New York. 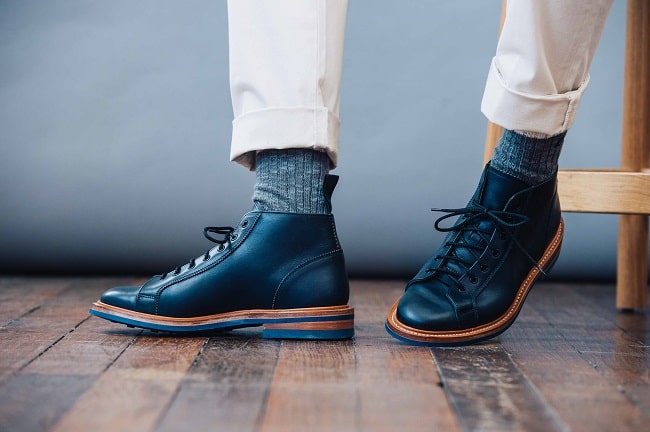