IN CONVERSATION WITH ASHER CLARK OF VIVOBAREFOOT 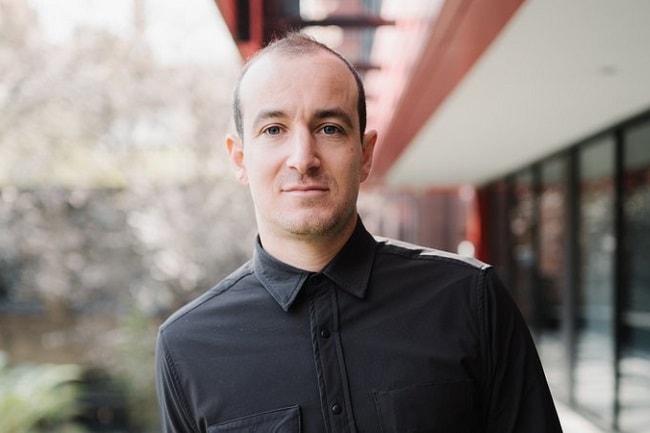 Vivobarefoot was set up by Galahad and Asher Clark, two cousins from the famous Clarks dynasty, and offers barefoot shoes for people looking to reconnect with the ground below them. Menswear Style's Peter Brooker interviews Asher about the story of where it all started for the brand, and gains insights into how regular footwear can be very bad for our posture and joints. Vivobarefoot combat this with thin, wide and flexible minimalist shoes which are broadly popular among the barefoot and natural running communities.

How did the idea of the brand come about?

“Vivobarefoot is the opposite of 99% of the shoes you see today and over the past couple of hundred years there have been people that have challenged the shoe as we know it. The brand was conceived by a young guy at the time called Tim Brennan who was at the Royal College studying design – he was interested in tennis and his dad was an Alexander Technique teacher. He would keep twisting his ankle in his sport trainers, and he also suffered with a bad back. Once he went to the Alexander Technique training - which is fundamentally about posture, taking your shoes off and looking at alignment which starts with the feet – he would feel better until he put his trainers back on, instantly not feeling right. Everything was nice and aligned until he put his trainers on and walked out of the door. One day he sat down with his trainers and a bread knife, he took the soles off and stitched tennis racket cover to the bottom. You could say that those were the first ever Vivo shoes. After further research he then did his final year project where he created shoes with very thin soles and afterwards, he met my cousin in 2002. Together they made funny-looking wide shoes with zip off soles, but to cut a long story short, as time went on, Tim left to do his own thing and so we started designing shoes together and we believed more and more that it was the only way to make footwear. The challenge then was about making them look appealing, shoes we wanted to wear.” 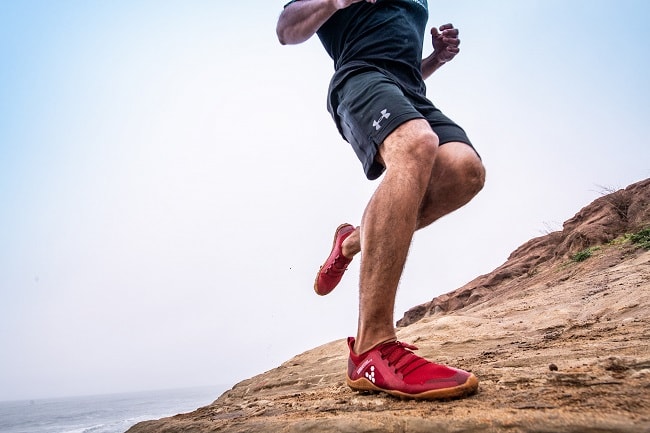 How long did it take going from concept to finished product?

“Yes it definitely happened over a long period of time. It was conceived on a tennis court in west London in 2002, but it didn’t happen properly until 2010. That year was the first tipping point in the barefoot community. Chris McDougall came out with a Times best seller at that time with a book called born to run. He was an investigative journalist and he was suffering from back pain and various running injuries, and was ultimately told he couldn’t run anymore which he found preposterous. He ended up going on an incredible journey to the Copper Canyon and met with a tribe, and this is where he met Barefoot Ted. It was in inspirational story about barefoot, and that was the emotional tipping point in the industry. Then professor Daniel Lieberman from Harvard released a paper on the persistent running hypothesis where he proposed that humans are born to run. We are unique in that we can sweat to cool ourselves down and run long distances at a medium pace to tire the animal out. It was called persistent hunting. That was when Galahad and I really started focusing on Vivobarefoot and we released a running shoe. All eyes were on barefoot and that’s when FiveFingers really took off too. They were the poster child for that moment.” 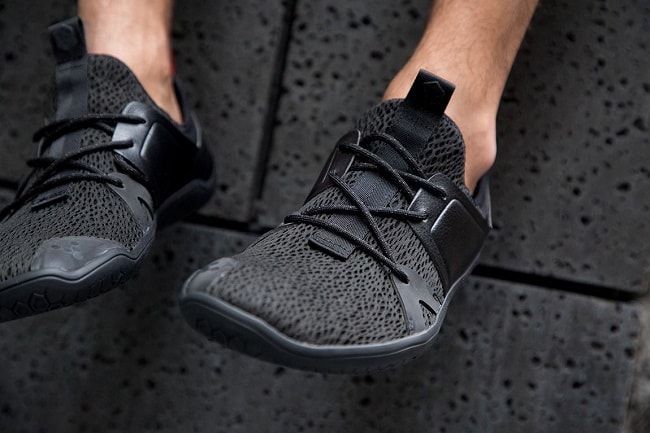 Is there a narrative of going back to nature?

“Yes, there is. The first narrative was about running, technique and injury. We quickly realised it was important to educate people on how to use the shoe, correct running form etc. But the bigger narrative which we came to understand was that millions of years of evolution, human beings are hardwired connected to nature. Being in nature is our natural habitat. We’re starting to realise that since the industrial revolution we’ve emancipated ourselves from nature and almost tried to master it in some ways, living in concrete boxes and leading stressful lives. There is a big 360 'healthy people, healthy planet' wellbeing piece in which healthy feet is the foundation of that. There is a reconnection piece at play which is a significant macro idea that is getting a lot of airtime at the moment.” 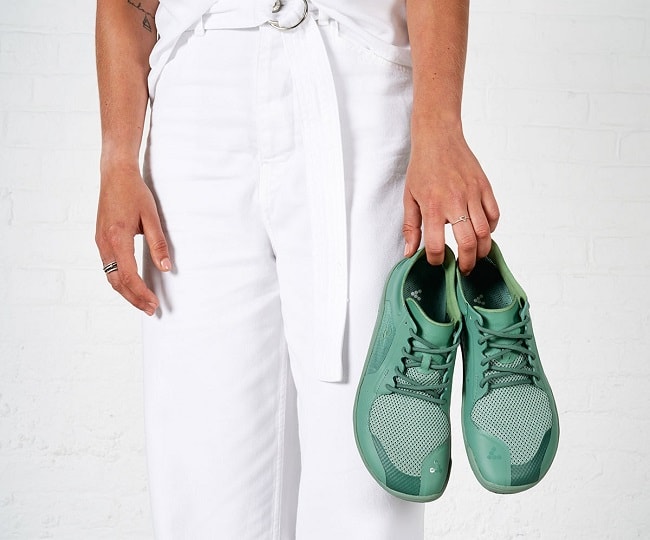 This is a shortened transcribed edit of episode 42 of the MenswearStyle Podcast with Asher Clark, Design Director of barefoot minimalist footwear brand Vivobarefoot.com You can listen to the full version below or subscribe in iTunes or Spotify directly.