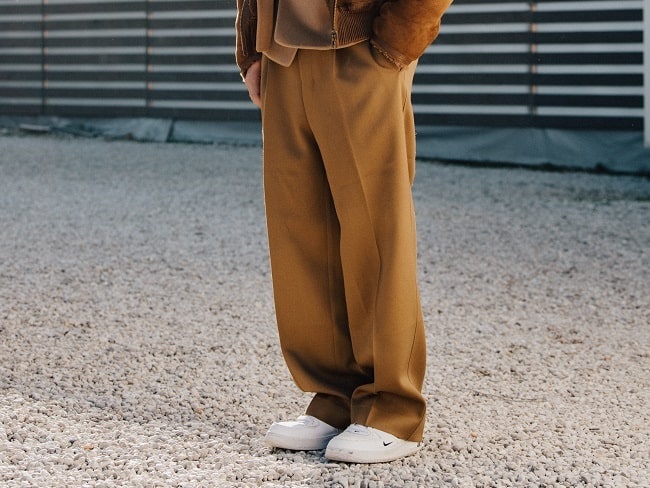 You have a few pairs of jeans, some sets of chinos, and a couple of suit trousers for the business dress days at work. Over the past few years, prints, patterns, and other less-standard materials have crept into men’s wardrobes, and while they generally start with shirts and jackets, they eventually progress to your trousers.

SS20 trouser trends reflect this evolution: Much of what we spotted last year, be it colours, certain fabrics, or prints, now easily translates to your lower half. To update your wardrobe – and build up beyond your basics – here’s what should be on your radar this year:

The bedroom trend continues. Wearing drawstring flannel pyjama bottoms everywhere is so ‘00s and makes us think, “You couldn’t even throw on some joggers and a tee?” As a far classier approach that circumvents the usual loungewear tropes, satin trousers range from traditional slim fits – think smart-casual chinos – to baggier, looser fits that blend in with the current casual suit trend. And, yes, you’ll also find full-on suits and co-ords made out of satin. What’s the appeal, aside from the obvious? Satin adds a bit of sheen, enlivening even the most ordinary shades. Grey ends up with a lightly shimmering silvery coating, without being full-on brashly metallic. Also, it feels relatively light, smooth, and flowing, no matter if the trousers have a closer or wider fit. 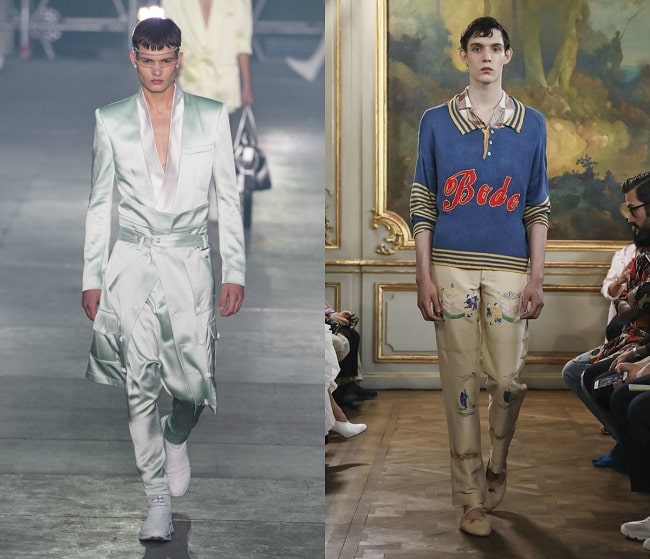 Another retro-sourced trend, cargo trousers have returned from the dregs of never-again trends, surfacing in presentations from Stella McCartney, Fendi, Qasimi, and more designers. The recent iteration, thankfully, isn’t another “dad” trend, of poor-fitting, voluminous cuts and ironic implications. Rather, it comes at the heels of that more-pockets-on-everything look that brought back the safari jacket and chore coat in recent years and helped repurpose the bum bag. As such, the trend isn’t quite what you remember: This time around, expect more pockets (but don’t fill them all the way) and wide-legged, skater-influenced fits. 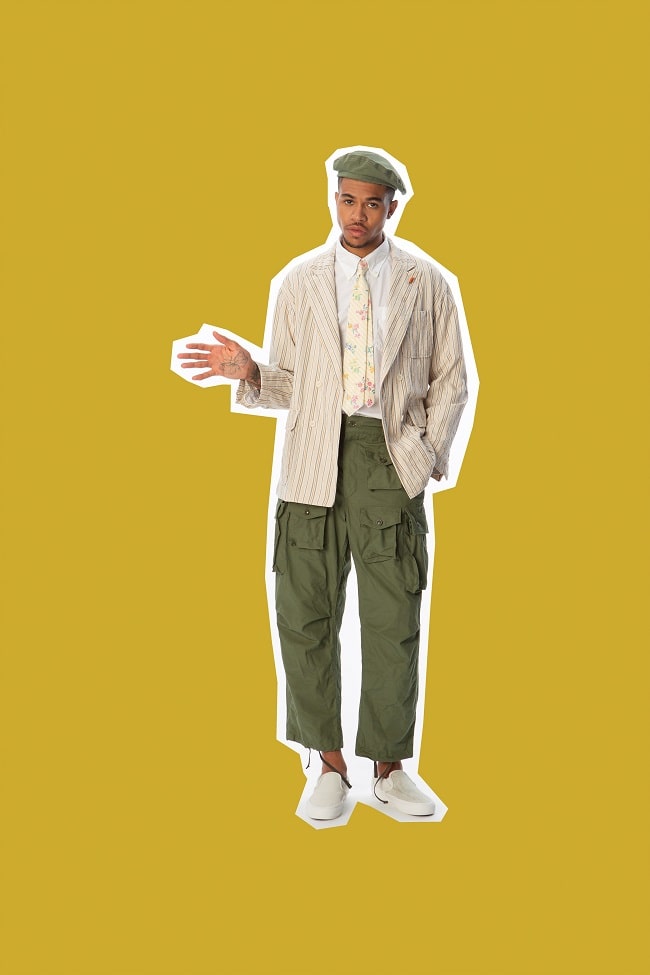 Considering the economic and political dumpster fires burning on both sides of the Atlantic right now, Wall Street in the ‘80s seems like an unlikely inspiration. Fortunately, the current crop of pinstripes is less retro stockbroker-esque and more a variation on the current group of unpredictable, less-conventional stripe prints that easily give way to pattern matching. And, that’s a good thing: Beyond suspender-free associations and careless-rich-guy allusions, the print’s especially versatile in both casual and dressier contexts. As such, it’s ripe for jazzing up an ordinary pair of grey chinos, matching with a camp shirt, or wearing wide and loose with a tee of your choice, like an epic thrift store find. Through today’s lens, the barely there, faint grey stripes are now wider, delivering a visible, impactful presence and clear uneven widths. There’s no chance they’ll be mistaken as a solid shade, even from a distance. 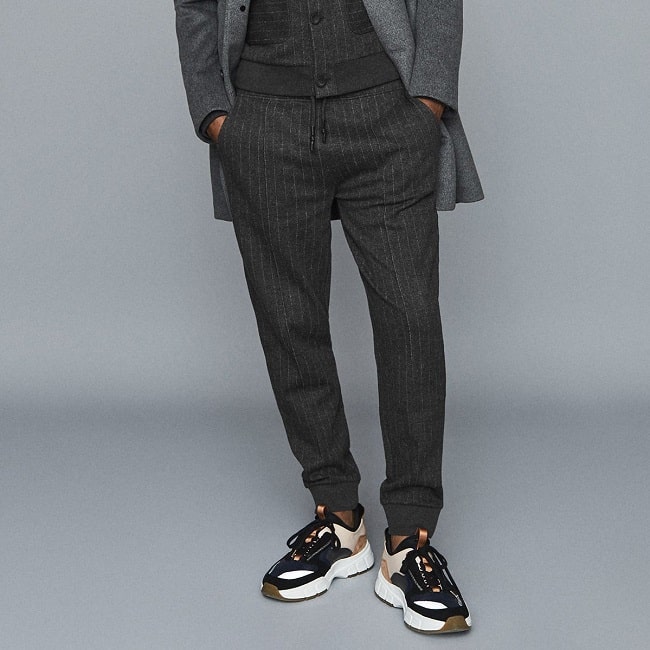 Leopard spots. Tiger or zebra stripes. They’re on practically everything right now – in natural and more creative colourways and across shirts, bags, and jackets. Trousers seem like a natural progression of this bold, all-over print. Everyone from accessible streetwear brands like HUF to Hedi Slimane’s mod-rocker version of Celine have all dabbled with it, interpreting it literally, throwing on a fuzzy texture, or seeing it as a medium ripe for distortion. In all cases, take care with mixing prints – leopard is particularly distinctive and doesn’t blend well with other patterns – and never do it head-to-toe. 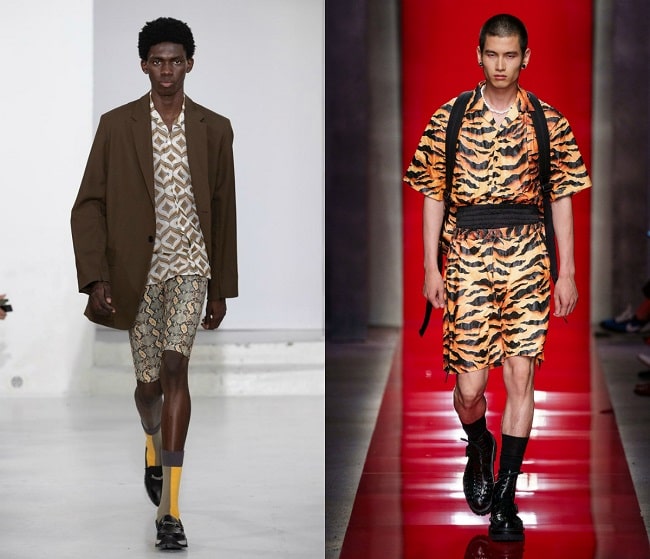 Following last year’s leather trench trend straight out of The Matrix, leather trousers don’t seem significantly out of the question and pull more from motorcycle safety garb than a futuristic universe. More utilitarian yet sleek and oozing with quality construction, the trend looks and feels less rocker-meets-sci-fi with a loose, wider cut – think cargo pants, but like a leather jacket – and keeps everything traditional, almost like a nod to cowboy fashion with shades of brown, grey, and black. Only, don’t push the western theme, though; it looks hokey, like you belong on the Vegas Strip circa 1995. Rather, view it through an edgy-casual lens, with appropriate pairings running the gamut from tees and pullovers to a solid-colour shirt with a bomber jacket. 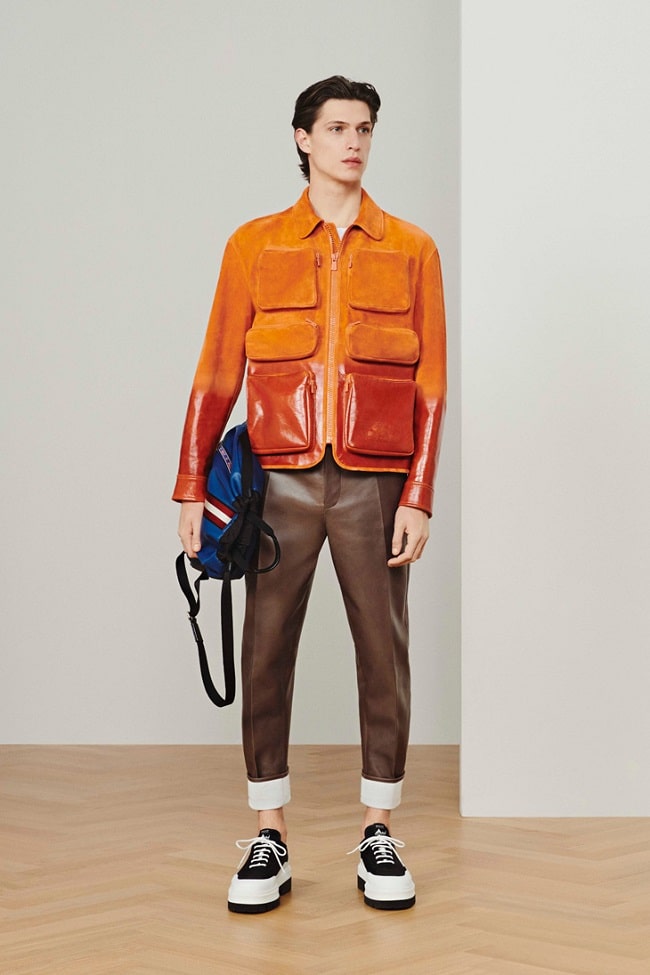 Although the techniques differ, the result is the same – a multicoloured, somewhat weathered set of trousers with patches of colour interspersed with shapeless, pattern-free blobs of white or off-white. Tie-dye enhances the bold and colour-heavy aspects, alluding again to another ‘90s trend that returned last year through T-shirts. Bleaching, though, produces a different effect – one in which an already washed-out shade gets splattered, as if done with a paintbrush. Although bleached jeans have held strong among the streetwear crowd, seeing the same technique on painter-style trousers has a different effect, one of workwear heavily worn to the point it develops its own individual character. 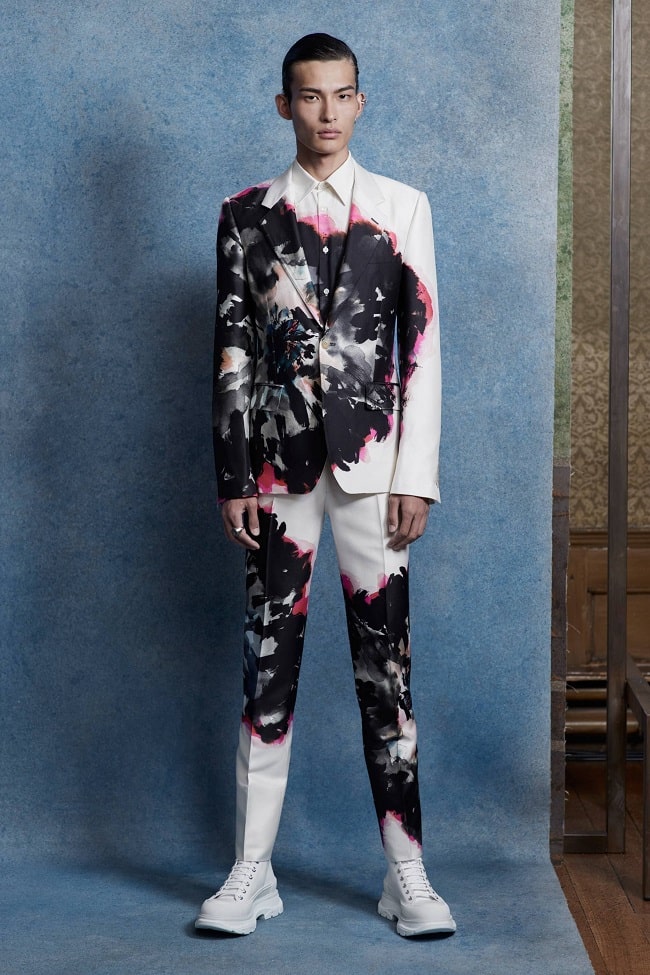 High Waist with a Wide Leg

Call this the Harry Styles, even though Gucci, for which he’s appeared in campaigns, and Lanvin have pushed this type of silhouette. As the former One Directioner promotes his second solo effort, his music videos and appearances have frequently involved a higher waist – sitting closer to the ribs than hips – and a flared, ‘70s-esque leg that seems cut from a Beatles album cover. Ignoring the rules of structure, Harry frequently sports this fit with a flowing, semi-open shirt. Yet, this exaggerated ‘70s trouser is just one iteration. The other builds on last year’s pleated trend. Single or double pleats add volume to the higher waist, while the legs, still with some space, taper to the knees. It’s a tad ‘80s, but reflects the trend before it fell into corporate suit purgatory in the ‘90s. As such, have fun highlighting the unusual shape and seeking out contrasts. 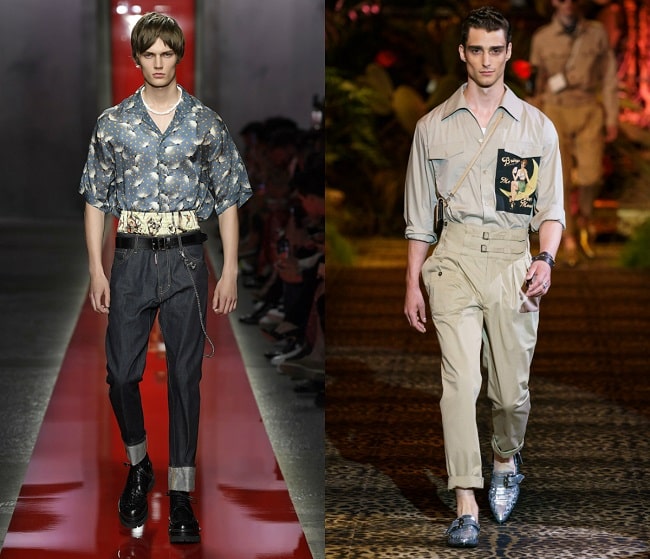