IN CONVERSATION WITH JOHN CARLSTROM OF JOHN HATTER & CO 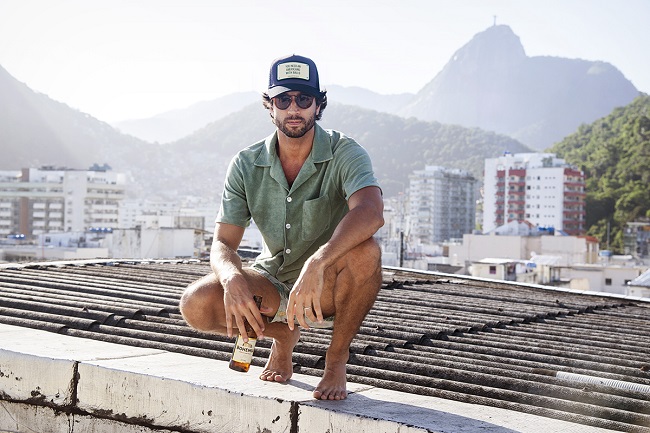 With a background within the finance industry, the shift into creating a global fashion brand is perhaps not the most obvious move. However, John Carlstrom aka John Hatter, is doing just that with his collection of statement-making caps and beanies. Here, Menswear Style speaks to the man himself…

You had a career-long job within the finance sector, why such a dramatic shift?

“I qualified as a Financial Advisor and became a branch manager in Stockholm. After 2 years, I decided to start my own firm and had a Jerry Maguire moment of asking the office 'who wants to join me?’ Pretty much the entire office did, which was a good sign of my management skill set, I guess. I started my Wealth Management business in 2011 and sold it in early 2016. In that particular industry it is the same thing every day. You get up, put on a suit and tie and go to work - over and over again. Over the last 2-3 years, I just couldn’t do it anymore. I was doing lots of administration and taking care of the firm. I literally said to myself ‘fuck this’ and went travelling, enjoyed life for a few months and then I came up with this crazy idea to create baseball hats.” 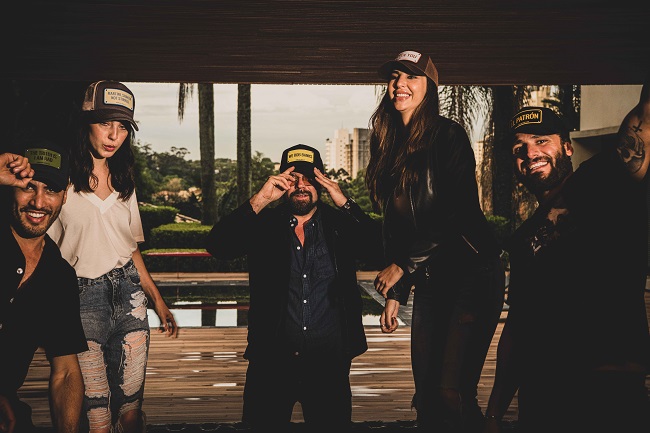 What is the concept behind creating a hat business and the slogans you carry?

“It wasn’t really a concept, but more of a coincidence. I had almost a free year out and was doing a little bit of smaller investment work. I was celebrating New Year’s Eve at the Mandarin Oriental in Bangkok in 2016/17 and I had a hat with ‘El Patron’ written on it. That cap created a lot of impact and caused a lot of conversation. Following this, I went to a fitness camp and started to think about the impact the cap had and how interesting it would be to create something that effectively became a networking tool and a conversation starter, and this is where the initial idea manifested. I’m a big movie geek too, so I started to take the bold statements from cool movies that could be used in everyday life along with a diverse and interesting colour scheme. It was just me playing around with designs in PowerPoint, but I became so taken with the idea, that, like many entrepreneurs I made a quick decision, and re-booked my flight home and went to China to visit factories instead. The company John Hatter was brought to the world 9-10 months before launch, meaning that we could master the aluminium plate carrying the slogans, selling our first 10 hats in December 2018. I spent months on sampling, going through dozens of factories, carefully considering the quality of all the materials that go into making a premium cap. I was deliberate, obsessing over creating the perfect model fit so that our caps would have the ultimate classic shape. For me, the main purpose of the hats is to make a bold statement - some might seem offensive, but it’s just good humour. I want people to smile and laugh about it.” 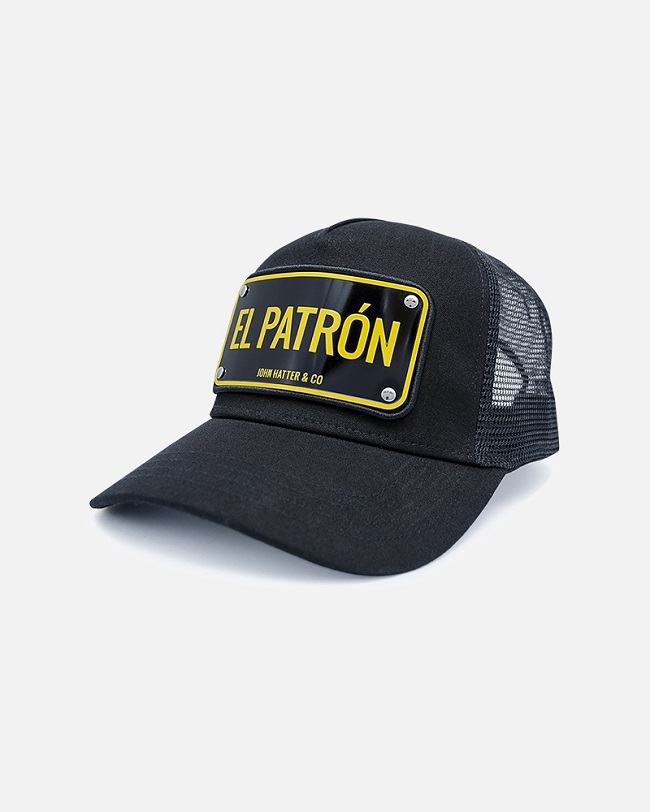 How quickly have you seen the business gather pace?

“To be honest, in the beginning I didn’t know if there was a market or not. As an entrepreneur I just went ahead and did it with no real plan or clue if it would work. I mean, I was from the finance industry so what the hell did I know about the fashion world? My friends were laughing at me and telling me it would never work because of my background, but then I went on to sell hats online and in stores - it’s amazing really. At the start it was just minor sales and the first store to sell was United Fashion in Gothenburg - I sold out in a week! In the first year I must have spent as little as 2k Euro tops on advertising, the biggest fear for me was entering the fashion fairs, to get reviewed from the professionals but that went really well, but that’s now a big part of the business and I’ve now taken John Hatter to Pitti Uomo, CIFF, Berlin, NYC and Vegas. For example, it has really taken off in the US and we have had more than 20 stores in just 3-4 months of pushing. Overall, we are in 31 countries and around 120 stores.”

What are the key markets at the moment?

“At the moment I am living and working at our headquarters in Stockholm, so I would obviously say Sweden is our key market. However, I would also say the Russian market is going very well as is Spain. The John Hatter brand has also been involved in fashion fairs in NYC and across the USA we have more and more people contacting us, which is also an important focus. We have had pop-up stores in Miami Beach at both SoHo Beach House and we were excited to have a pop-up store during Super Bowl at the W Hotel where we launched new models - Paris Hilton even dropped by to take photos of the hats out of the blue and uploaded onto snapchat - that was a cool thing to see.” 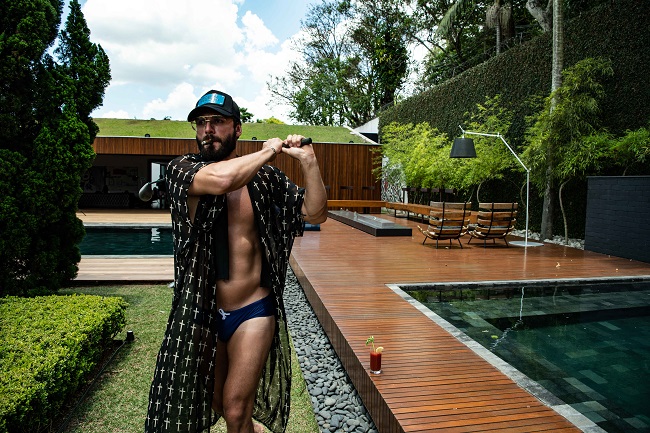 Where are you selling and do you have ideas for standalone stores?

“The John Hatter brand is sold across around 30 countries, which is an amazing thing to say out loud. We have a focus on hotels for the obvious vacation/hat/gift market. For example, we have 4 luxury hotels in the Maldives selling the product, like The Waldorf Astoria, Atlantis hotel in Dubai, Nobu hotel in Marbella and so on. And in places such as Puerto Rico, Canada, Dubai and all over Europe. In terms of standalone stores, yes, that is something we are looking at now with a particular focus on a showroom/office/boutique in Stockholm, as well as the potential to open pop-ups in airports - again due to the vacation/gifting element - Stockholm makes the most sense to open our first flagship.”

What is the target market and who is buying the product at the moment?

“With the summer season coming, our focus market is across Europe. Obviously the product is seen as a summer accessory, specifically for that time of year - although of course not with everyone. We are also trying to get our presence out there more in the US and we think that hotels are a good option as mentioned. We see people from age 10 up to 70 wearing the product, so it’s a wide variety, which I think is pretty good. We are 100% a brand with no age limit. Everyone can wear our caps. It’s a unisex, multi-aged product.” 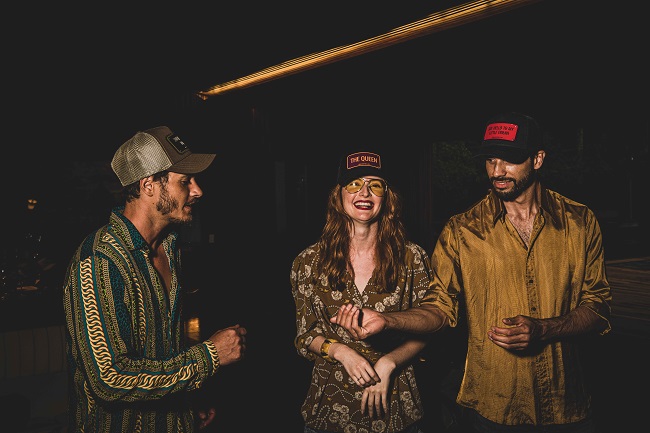 What is the price point and where are they made?

“The product - and due to its complex nature with the aluminium plate - is made in China. We worked tirelessly for almost a year until we got it right. The top of the range cap is circa 90 Euros. I also focused a lot on the packaging as more and more people are saving their boxes when they buy a luxury product. So I decided that each hat should have its own box with its own statement and the cap is packed in a dust bag. It has become a collector’s item as we see people on Instagram posting pictures of their boxes.”

Are you going to expand into apparel?

“John Hatter is ‘John The Hat Maker’ and for the moment we are going to put our focus on product associated to hats - maybe hat bags, hat protection - but nothing in addition to that for now.” 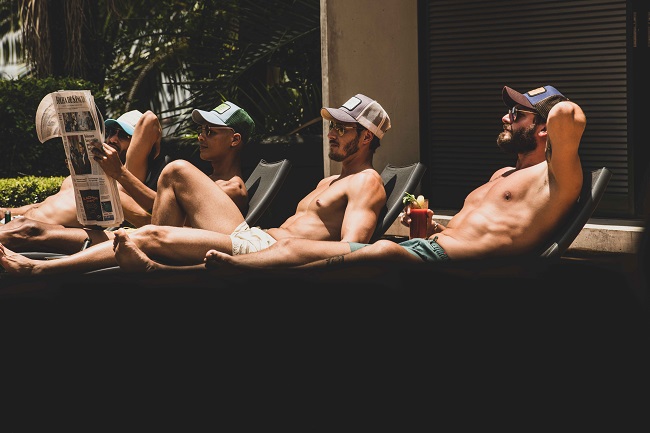