IN CONVERSATION WITH PAUL WALKER OF WALKER SLATER 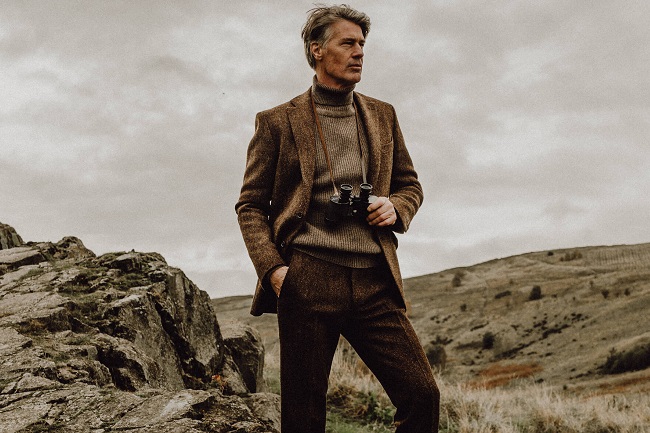 Walker Slater opened its first store in Edinburgh offering unstructured suits, in tweed and linen together with their rugged style of knitwear. The brand utilises local fabrics and yarns into menswear items that are soft but also have a seriousness to them that renders it suitable for formal use whilst avoiding the stiff construction of the past. Walker Slater pioneered the unstructured suit whilst at the same time following a very traditional formal range of worsted suiting. Today they have an impressive list of ongoing brand partnerships which includes the Ryder Cup and the Scottish National Team.

In a recent MenswearStyle Podcast, we sat down and spoke to Paul Walker, the Co-Founder of suit and tailoring specialists Walker Slater. Paul talks about his background, inspirations and how the idea for his business was first born from a discussion in a pub in 1989. He highlights his love for Scotland, how the brand first started using tweed fabrics and when they first opened a bricks and mortar store and eCommerce website. We also get an insight into their latest London store opening in Holborn. 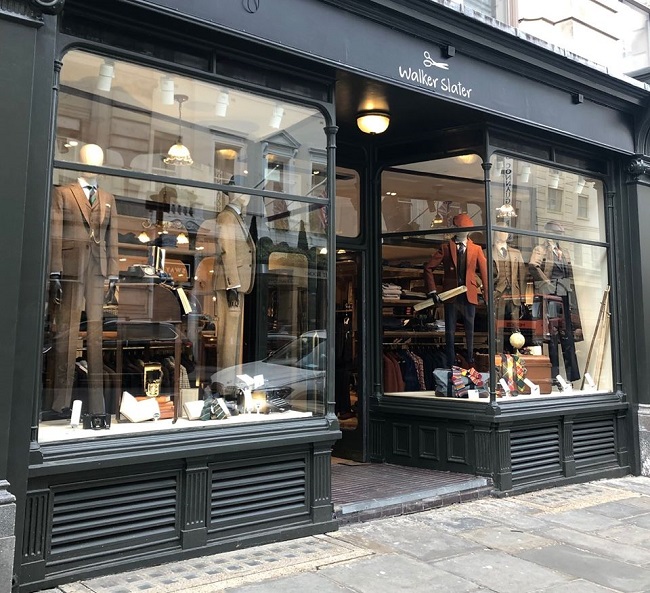 Please tell us about the story of Walker Slater

“I’ve been living in Scotland since 1984 and the inspiration came from the mountains when I was studying in Dundee. A friend of mine was going around all the bars selling shirts and I thought it was a cool idea; to be able to do something creative with clothing and make it into a revenue generating business. They went on to become the brand White Stuff. My other friends also thought it was a good idea and they went onto become Fat Face. So, three clothing companies were thought up in that one pub. Living up in the highlands was amazing. The countryside is rugged, and people were kind to us. It was then that we got into tweeds. I became very interested in it, such as the different weights, patterns, structures and you could do so many things with it e.g. a heavy coat or a lightweight three-piece suit which we became pioneers of. By that time, I had opened stores in Edinburgh, which was a natural move. We had built up excess stock as a wholesaler and didn’t know what to do with it. So that’s when the bricks and mortar idea kicked in. It was the year ‘93 when we were first working with tweed and by ‘97 we had developed a strong relationship with Harris Tweed.” 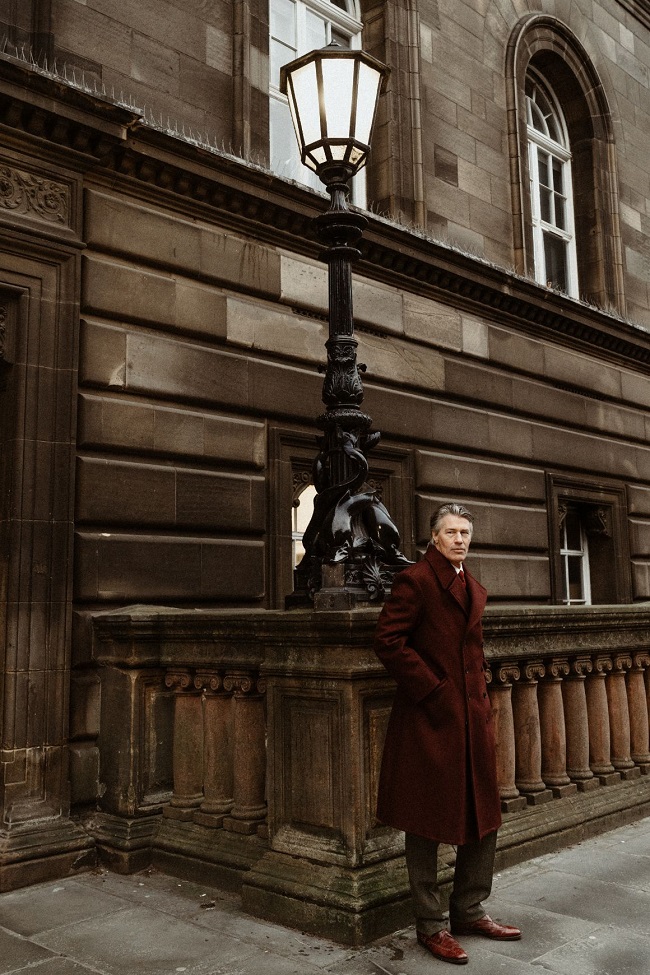 How has the landscape of tweed manufacturing changed over the years?

“There’s a difference between tweed and Harris Tweed. Tweed is generally a woollen spun yarn; it’s not twisted or worsted like what the old Yorkshire suiting mills would produce. There’s Borders tweed, Yorkshire tweed and even Italian tweed. It is something that is made all over the world actually. I think that when people start adding man-made fibres to it, then it isn’t tweed because they’re trying to get the tweed look, but it is everything that tweed isn’t. It’s not sustainable and it hasn’t got the depth of colour and the softness etc. You can spot it from a mile off when something isn’t the genuine article, and so it doesn’t really impact on what we produce.” 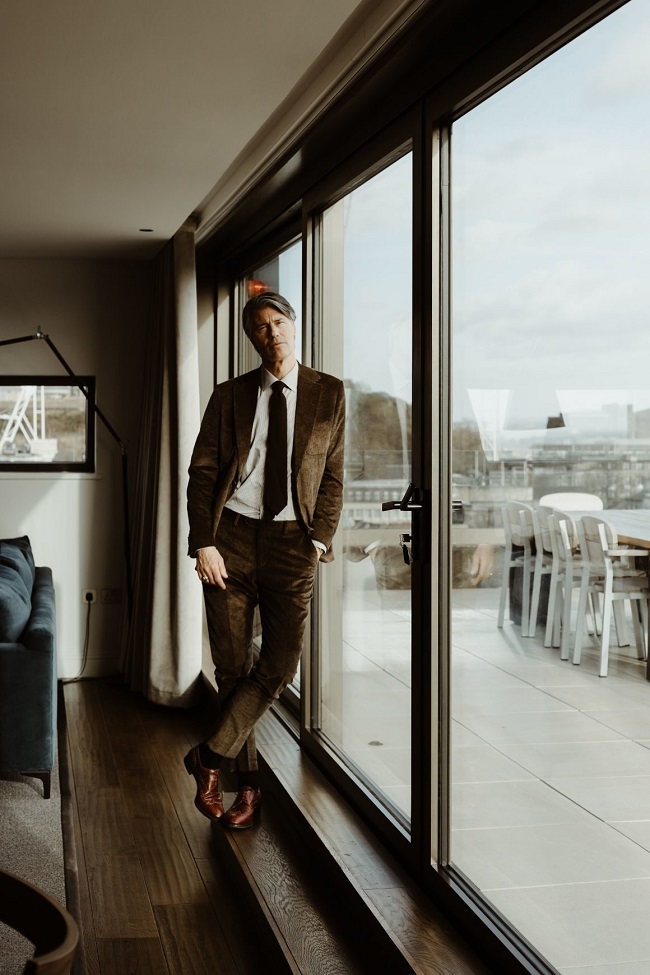 Do you have any plans to expand the retail space?

“Yes, very much. What I think has worked well for us is the splitting of men’s and ladies. A lot of guy’s like shopping in a male store and a lot of ladies like shopping in a female store. This has worked very well for us in Edinburgh, so we’re going to duplicate that idea into London. It’ll be more space and we’re planning to open this Friday actually. We have a brand new 500 sqm store and it’s the biggest one we’ve ever opened. It’ll be 19 doors down from our current shop on Great Queens Street between Covent Garden and Holborn. It’s an interesting space because it’s a historic two-storey space that has never been used for retail before. It was a big undertaking because there wasn’t even a toilet when we arrived. We had to do all the plumbing, electrics, air con, wiring and everything else. We like to keep our men’s and women’s stores close together but see them as one store within two buildings. We don’t want to have a chain of stores, but we like to have a good footprint of where we are.” 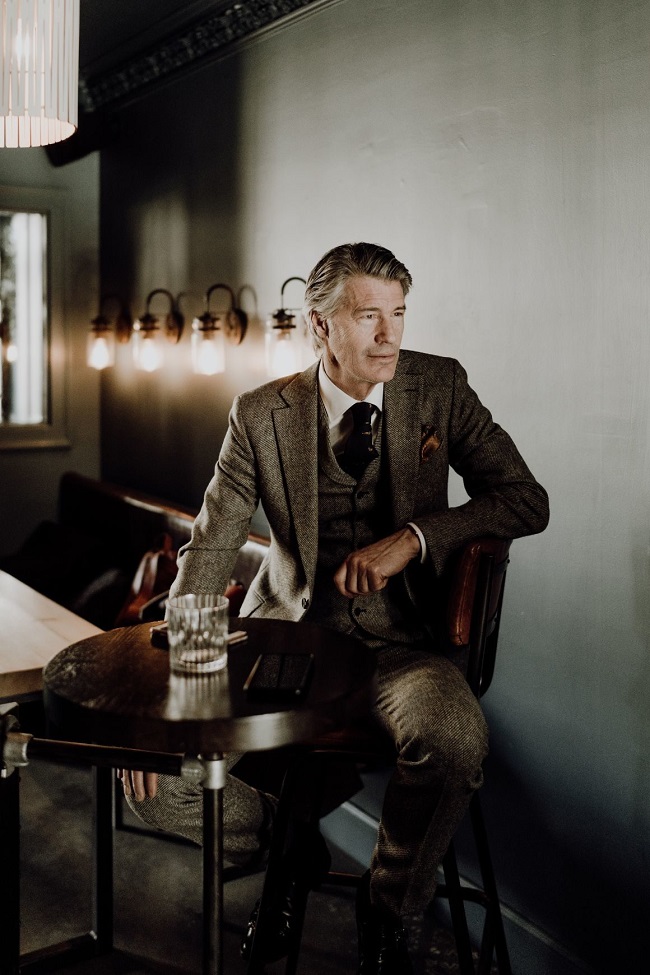 This is a shortened transcribed edit of episode 49 of the MenswearStyle Podcast with Paul Walker, Co-Founder of walkerslater.com. You can listen to the full version below or subscribe in iTunes, Spotify or your favourite podcast player.