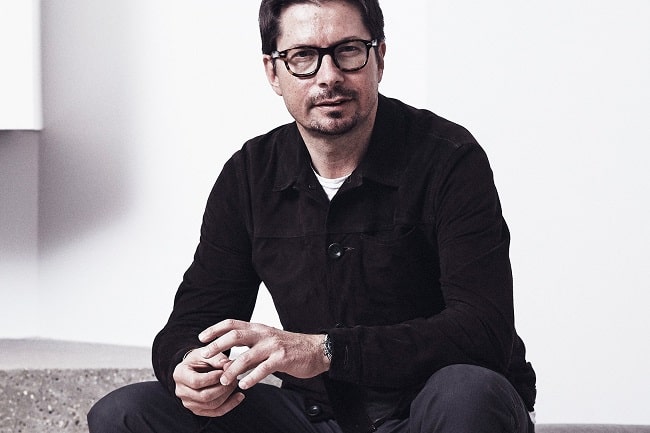 Oliver Spencer the brand is the vision of Oliver Spencer the man. Self-taught tailor and shopkeeper, his eye is the starting point of everything they do. Frustrated by the limitations of art school and impatient to strike out alone, Oliver abandoned studenthood in favour of a stall at Portobello Market. Working that market stall ingrained his enduring love of garment and cloth — shop and shopkeeping. Having spent the previous decade creating and expanding formalwear brand Favourbrook, he wanted to create something new: a range of clothing with all the quality and craft of premium tailoring, but with a relaxed modern style. The philosophy? Quality needn't mean formality; casual needn't mean careless.

That philosophy found plenty of adherents, and from a single shop on London's Lambs Conduit Street, Oliver Spencer has gone on to open several more shops, and an international online business — as well as being stocked in many of the world's leading department stores, from Harvey Nichols to Liberty of London to Mr Porter. Alongside his distinctive design style, he is uncompromising in the standards he sets for production and provenance. That means the company seeks out the finest fabrics and yarns from artisan British and Italian mills, making every garment in only the best European factories and workshops. 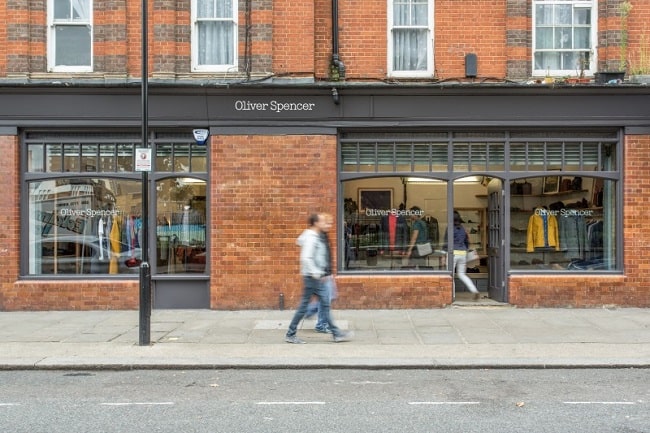 In a recent episode of the MenswearStyle Podcast we spoke to Menswear Designer Oliver Spencer whilst he is working from home in self-isolation on the Isle of Wight. Our host Peter Brooker speaks to him about his background and how he first came to start his eponymous menswear brand. Championing British cloth such as linen from Northern Ireland, Oliver discusses the best places to manufacture men's garments, with a focus of reducing overall footprint. They also discuss the current climate of operating during the Coronavirus pandemic and the struggle that shop owners are currently facing.

Please tell us about your background.

“I went to art school but I didn't last very long. I was kind of too busy on my market stall on Portobello Road. This was back in the early nineties and I sort of switched out of art school and went to selling secondhand clothing, which was great fun. I found that I was selling more stuff than I could get hold off. So the process started for me by very simply I went and found a fantastic work room in the east End of London and a wonderful man who brought his patterns out and showed me how to cut a pattern across some cloth. I spent a lot of time in that factory learning the basics of manufacturing. Textiles has been a huge thing for me, so then my next step was to go off and learn more about textiles. I went up to Suffolk to a place called Steven Walters. I found out about how you weave, spin yarn, and all of that type of stuff. But shop keeping was sort of always quite high on my agenda. So, I guess in about '93 we opened our first shop. This is all Favourbrook which is still a business I own and is doing really well. We started that business and we slowly built up from that.” 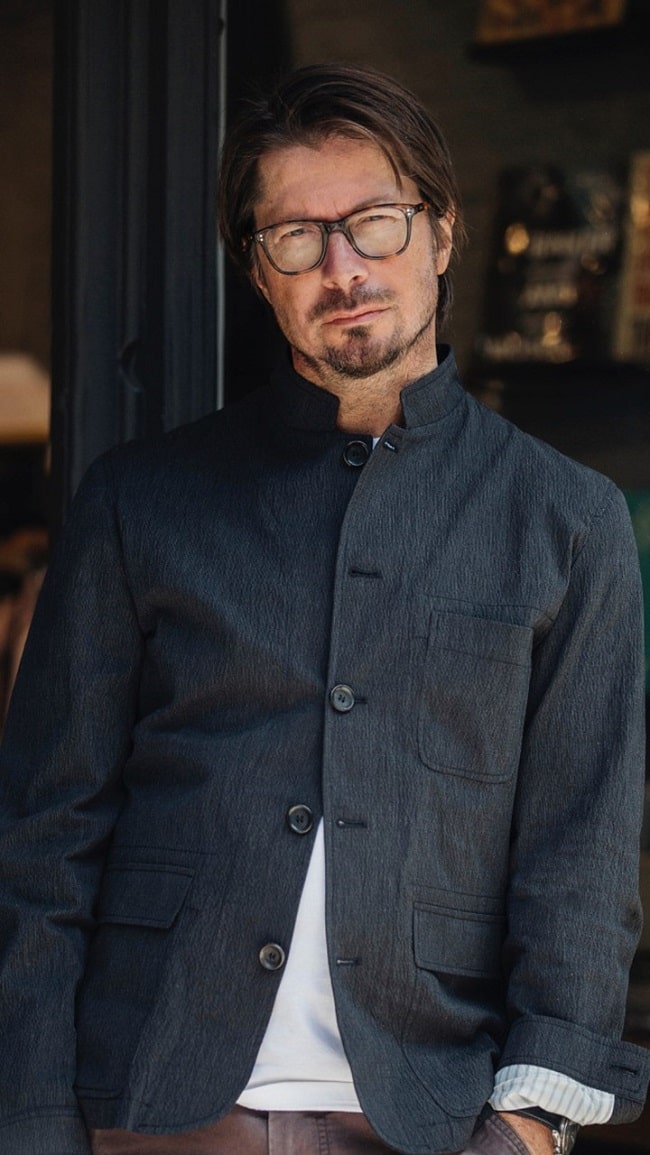 You manufacture in the UK and Portugal. Is there a bigger scheme or philosophy for you to bring more manufacturing back to the UK?

“There are things you can't produce in this country anymore. So, you can't produce shirts really. There are a couple of shirtmakers left, but not really very many. The best shirtmakers are down in Portugal at the moment. Deconstructed tailoring is better done in Portugal and constructed tailoring can definitely be produced here in the UK. We have a pretty healthy mix of the two. I'm very pro-British cloth in the winter. You're generally better off buying Italian cloth for summer, however, there's a caveat there because we sell a lot of linen and we buy a lot of linen from Northern Ireland. If I'm making shirts, the shirtmaker is probably 10 miles away from the shirt mill down in Portugal. So that tells you that we're keeping the footprint to an absolute minimum the whole time, and that's my objective for the business going forward, especially in light of what's going on. I want the business to become more organic with a smaller footprint. I think that's a very, very important thing. And yes, it does cost me more money to do that, but that's the business of the future in my mind.” 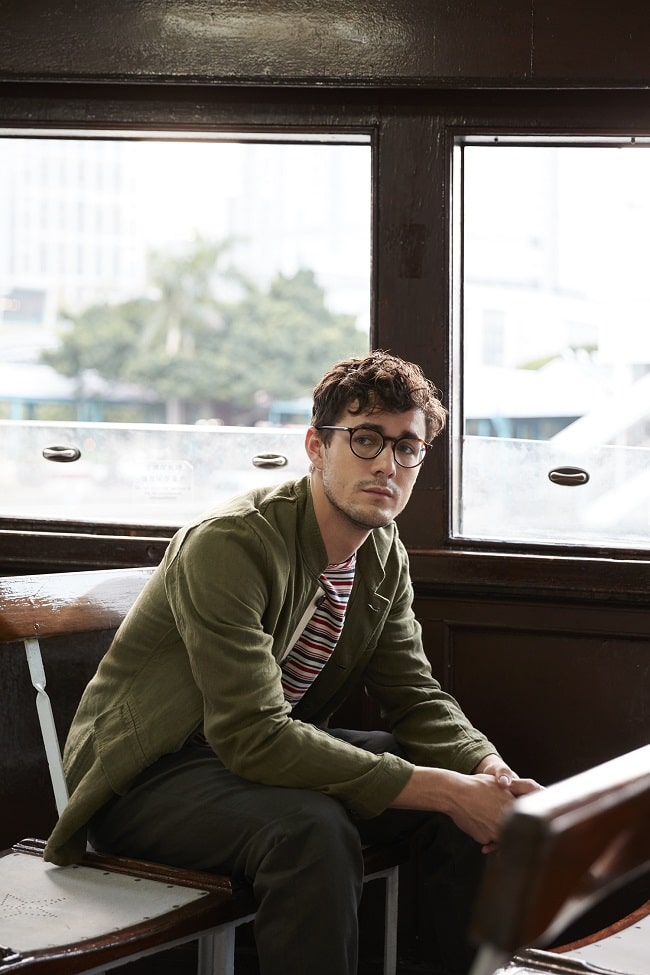 In light of the current pandemic, how have the goalposts changed for the brand?

“Well, right now we're in a bunker, weathering the storm. We're looking after ourselves 100%. That's the most important thing. It starts with the staff, then it goes to our suppliers, making sure that all of them are looked after and fully paid. Thirdly, I don't want to be too down on the landlords because I think they're getting awfully bad stick. Some of them really deserve it, but some of them are behaving very well, so the landlords cannot be forgotten about at the end of the day. We need to survive what's going on and the difficult part of that from a cash flow point of view is that there is no exit sign. No one has put one up yet. Nobody's told us when we're going to move on from this situation we've now found ourselves in. This is very unique for many businesses, so people with online businesses who are selling loungewear you can wear around the house are probably doing okay. For us, it's a little trickier because we're quite dressed up and people are not dressing up at the moment. So that's a bit of a tough one, but I'm cautiously optimistic about the future and what it looks like.” 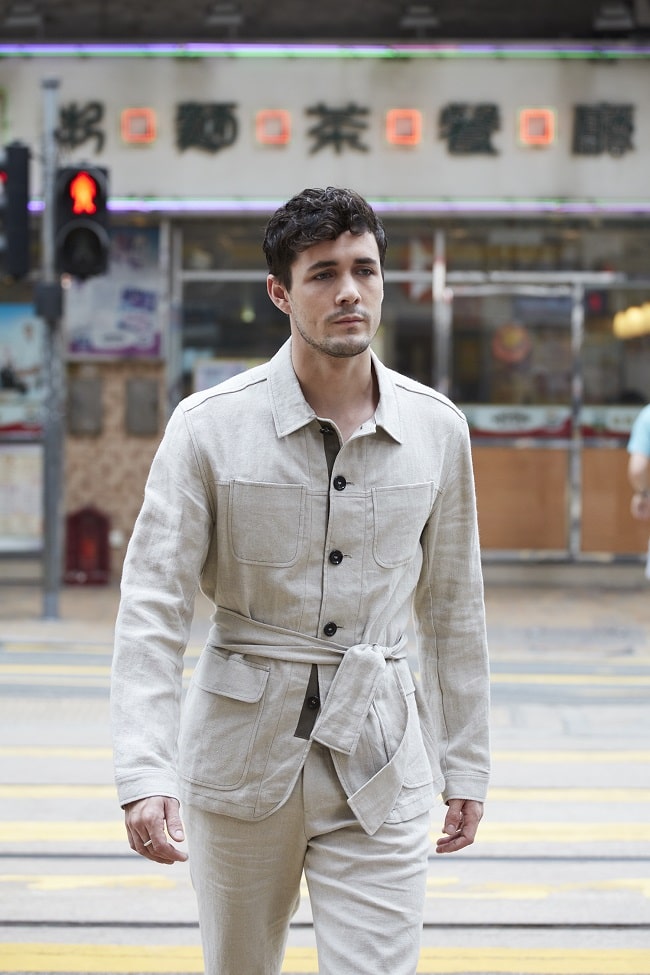 “Independent retail are having a tough time too. Third party wholesale is difficult and I'm going to say it again, I think the wholesale model probably has got to change. I'm not sure it's working the way it is at the moment. I think people need to be more transparent about how goods are made. I think there's a lot of talk about Made in Italy, such as who is it exactly that are making it in Italy? Well, it turns out that there's 280,000 Chinese working which is pretty heavy duty. It turns out they're all on the black economy. So, I think that's a very bad thing and I think that certain people in the luxury goods sector are pulling wool over people's eyes. Yes, it is made in Italy, but it's not made legally in Italy. I think there's going to be some major changes there. I think there's definitely a time where we've got to look at ourselves and say we can't be producing stuff like this. The profit margins that these big luxury goods companies are acquiring are unsustainable. They can't get them legally. I think they need to look at themselves in the mirror and they need to make some changes.”

This is a shortened transcribed edit of episode 55 of the MenswearStyle Podcast with Oliver Spencer, Founder of oliverspencer.co.uk. You can listen to the full version below or listen on Apple Podcasts, Spotify or your favourite podcast player.