IN CONVERSATION WITH KEVIN ELLIS OF ELLIS RUGBY 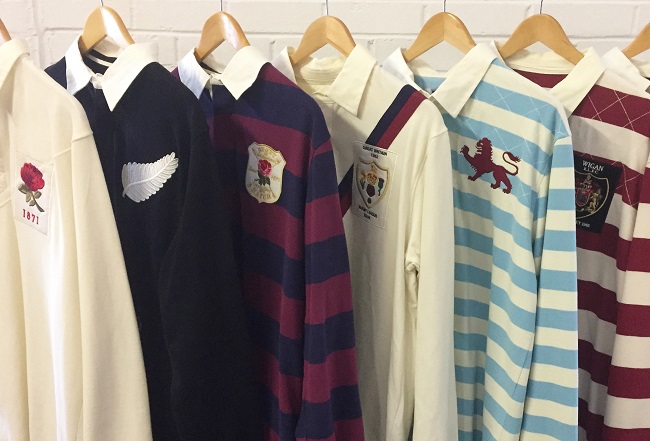 Proud Yorkshireman, Kevin Ellis, spent much of his childhood playing rugby in his local field with his elder brothers. After first giving Rugby League a go he then switched codes to rugby union, enjoying several seasons with Headingley in Leeds, before signing professional. Kevin’s passion for sport, combined with a love of design and fashion, are the driving force behind rugby heritage brand Ellis Rugby. The appeal of the Ellis Rugby brand lies in the striking designs, stylish colour choices and the exceptional quality of the fabrics. The loyalty of customers and the businesses commitment to retaining the heritage and traditions have enabled the brand to grow rapidly. Ellis Rugby are committed to producing quality garments which are inspired by similar like-minded individuals from the rich history of the game of rugby. The brand also creates bespoke fashion collections for professional sports clubs such as Bath Rugby, Saracens, Harlequins, Worcester Warriors, Gloucester, Leicester Tigers, Northampton Saints, London Irish, Hull KR, Castleford Tigers and Huddersfield Giants. Ellis Rugby were also commissioned to design fully licensed ranges for Great Britain Rugby League and the RL Hall of Fame, celebrating the legendary former players of the game.

In a recent episode of the MenswearStyle Podcast we interviewed Ellis Rugby Founder, Kevin Ellis, about how he combined two passions, rugby and design, to create a rugby inspired fashion label. Our host Peter Brooker asked Kevin where the inspiration for the vintage designs came from and what goes into researching the stories of historic sporting heroes. With a background in design and marketing he highlights how he tackled knowledge gaps when first building the business. We also find out about the new Storyteller smart phone feature for the recent Rugby League Hall of Fame Collection, where a fully washable microchip is inserted into the woven label, enabling customers to learn more about the heritage of their unique rugby jersey via video when a mobile phone is placed over it. 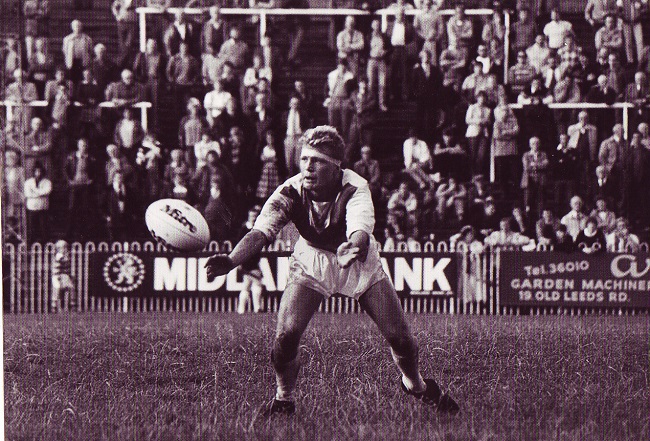 “My background is a little unusual because I’m from both a sporting background and a design background. I had a 10-year career playing professional rugby and I worked within the advertising and marketing industry too. Ellis rugby is a combination of my passions of both design and rugby. In 2010 I had become disillusioned with the advertising industry and so I was looking for something new to work on. There are lots of self-titled heritage fashion brands and I thought there was an opportunity for a rugby inspired fashion label. Rather than just giving lip service to heritage, I wanted to build a brand as well as offer great high-quality garments which also tell a story. So, each of our garments has its own unique story to tell.”

How did you come up with the designs?

“There was a slight knowledge gap. My previous experience being in design and marketing meant I had all the skills for the design perspective, but I had to adapt those skills to garment manufacturing. I had to learn how to produce garment specs and about menswear distribution etc. We are still a fairly small company with four people that work alongside me, and we have a couple of sales agents working on a commission basis.” 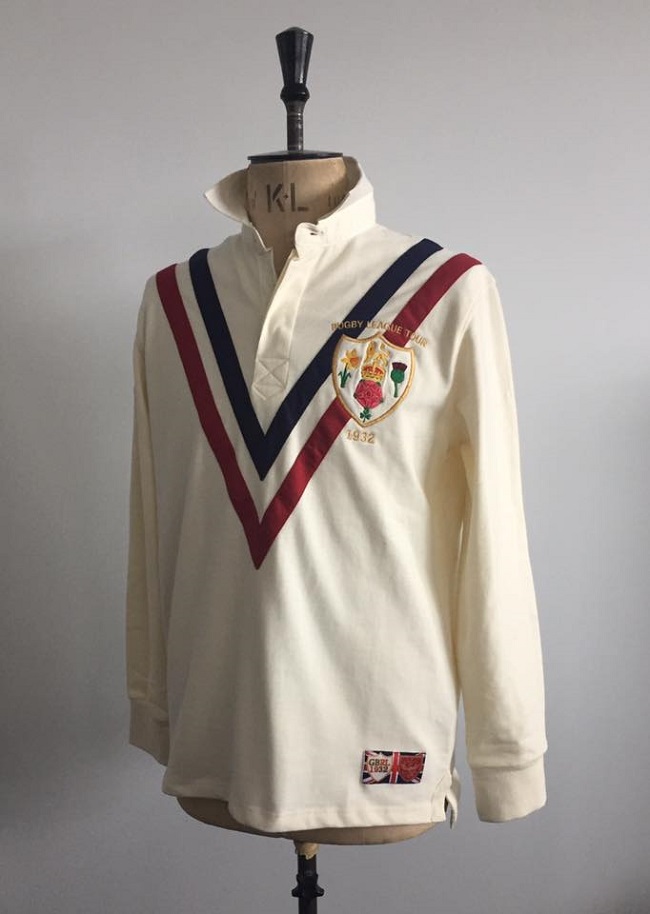 Tell me about your rugby background

“I originally played rugby union and then I signed for rugby league when I was about 17. I wasn’t the greatest player, but I played 2nd division for 10 years and I had a great time doing it. I loved the game and being a professional athlete was great fun. Rugby has a lot of great values and I’ve also done a lot of coaching too. I have two boys that still play rugby to this day. A lot of the values – particularly when you’re coaching junior age rugby – is respect for the opposition, respect for the officials and respect for the referees. The social element after the game is also very important.”

What distinguishes Ellis Rugby from other brands within the marketplace?

“The main element I want to bring through with my garments is heritage and to be a genuine heritage brand. There’s a lot of brands on the high street who are supposedly heritage brands, but actually its only skin deep. If you scratch under the surface of some of those brands, then there’s not much heritage of the sport that they’re involved with. What I try to do with my garments is bring an individual story to each of them. Due to my advertising and design background, I’m more of a concept designer than a garment designer. So, what I tend to do is look for and generate a story, then I design the garments, colours, trims, and badging around it. We’re currently at sample stage of a collection that we’re call The Pioneers Collection, and this is based on the formation of rugby in various countries. One of the concepts is a collection based on the USA Olympic Team of 1920. The founder of the modern Olympics, Baron Pierre de Coubertin, was the organiser of it that year in Antwerp and one of the sports he wanted to introduce was rugby, and of course, France has a big history of this sport. USA was invited to the tournament which meant the US Olympic Committee formed a pool of players from top Universities and they went on an 8 week trip from New York to Antwerp and played in this one-off game, and unbelievably won 8-0 for the gold medal. The team were wearing unusual jerseys and the badging was fantastic, with typical stars and stripes. Prior to the game they would wear a navy jersey with wings coming out of the crest. So, it’s all of these elements that I put together with a story for the garments that makes Ellis Rugby a genuine heritage brand.” 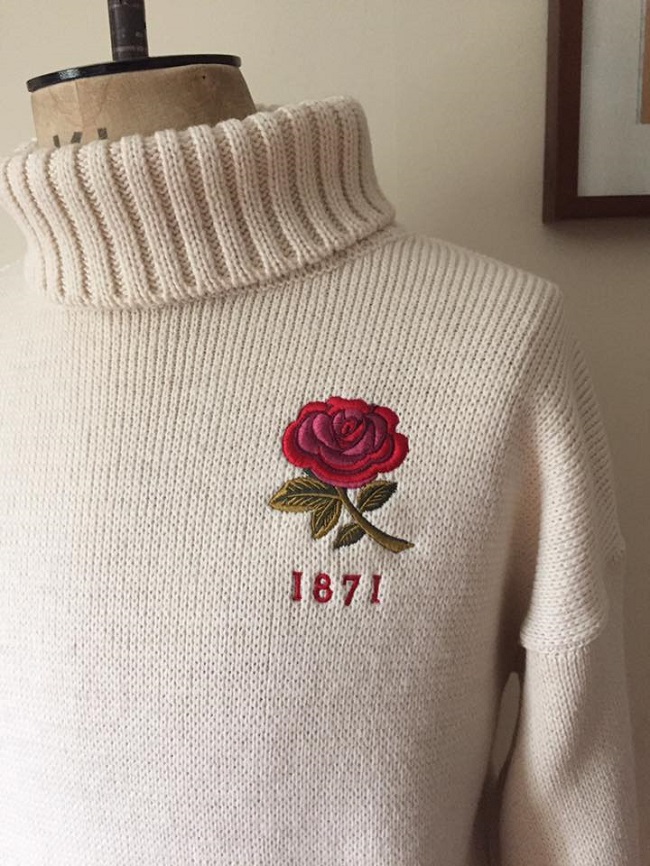 This is a shortened transcribed edit of episode 58 of the MenswearStyle Podcast with Kevin Ellis, Founder of ellisrugby.com. You can listen to the full version below or listen on Apple Podcasts, Spotify or your favourite podcast player.