WHAT POST-PANDEMIC MENSWEAR MAY BRING 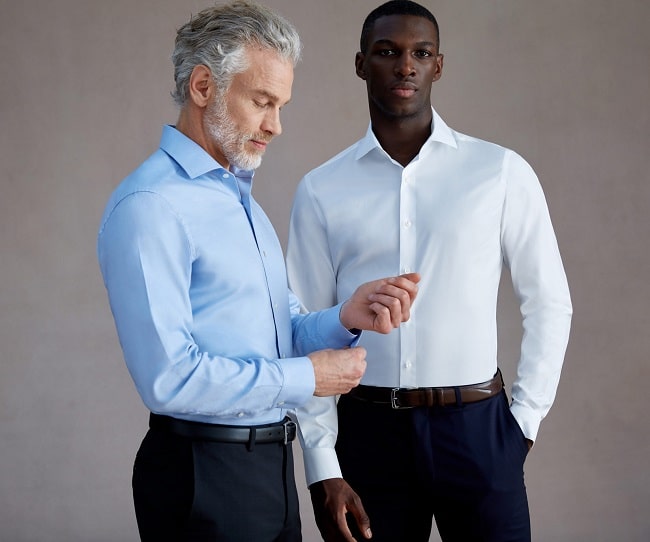 It’s a cliché, but history repeats itself. Fashion trends return every 20 years, but so do shopping and lifestyle habits affected by a significant cultural or historical event. Mass sweeping social change, frequently intertwined with varying degrees of economic hardship, correlates with belt-tightening and the disappearance of certain industries or purchasing habits. In more recent memory, the Great Recession marked a sudden shift from the 2000s’ tacky excesses, whether you visualise that as Pimp My Ride, overpriced real estate that went underwater nearly overnight, or the cheap mall-status glam of rhinestone- and stud-covered tees and jeans making you look like a third-rate Jersey Shore cast member.

More than a decade after the Great Recession supposedly ended, we’re faced with what’s being dubbed the second coming of the Great Depression. Yet, mass job losses are just part of the picture: Due to the effects of COVID-19, society is undergoing massive change that, much like the real estate industry post-Great Recession, could end up being permanent. Although, writing this as of June 2020, that future is relatively uncertain, albeit peppered with intervals of lockdowns being lifted. 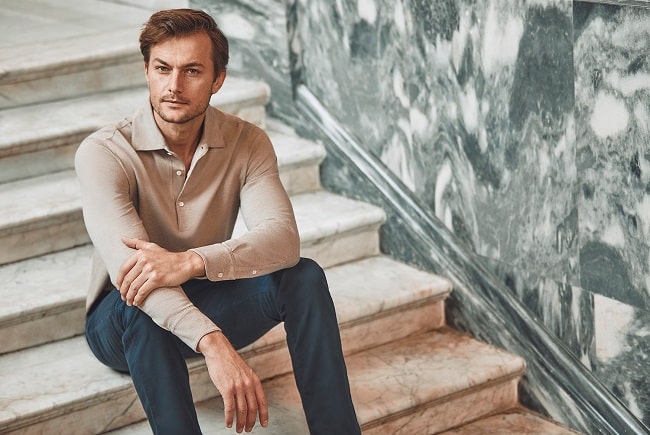 In the field of retail, much of the future appears spelled out: Brick-and-mortar stores may never reopen again, or could do so in a limited capacity. Brands teetering on the brink of bankruptcy for a number of years finally met their fate. And, just as we’ve been hearing for the past decade, eCommerce is the future. However, among these inevitabilities are other less-predictable aspects: mainly, changing supply chains to avoid complete dependence on China, diminished luxury retailers, and greater stratification between stalwarts and start-ups, due to the near-disappearance of independent brands and retailers who didn’t have the capital or resources to stay afloat. These facets won’t just influence retail, but could spell an entirely different future for menswear and what we all choose to wear. A joint report between The Business of Fashion and McKinsey & Company shows that, from January through March 2020, market capitalisation for apparel, fashion, and luxury companies declined 40 percent – faster than the average pace of the stock market. This trend will be reflected in revenue – estimated to be 27 to 30 percent lower by the end of the year, although luxury brands may take a nearly 40-percent hit. 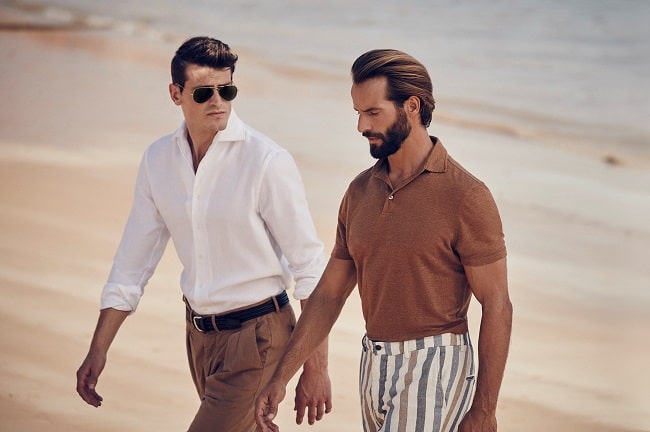 McKinsey’s researchers estimate that as many as 80 percent of all publicly traded fashion brands in Europe and North America may stumble financially, possibly declaring bankruptcy over the next two years. Although online retail has appeared as a bastion for many, it’s not absolute: McKinsey found that online sales, since the start of the pandemic, declined five to 20 percent in Europe and 30 to 40 percent in the U.S. As a moderate, very distant bright spot, the industry may experience a small upswing toward the beginning of 2021. Much of these trends point toward one thing: austerity, which, in terms of our closets, either translates toward investing in the classics or sticking strictly with casualwear until the storm passes over. Here’s what the next generation of menswear might look like: 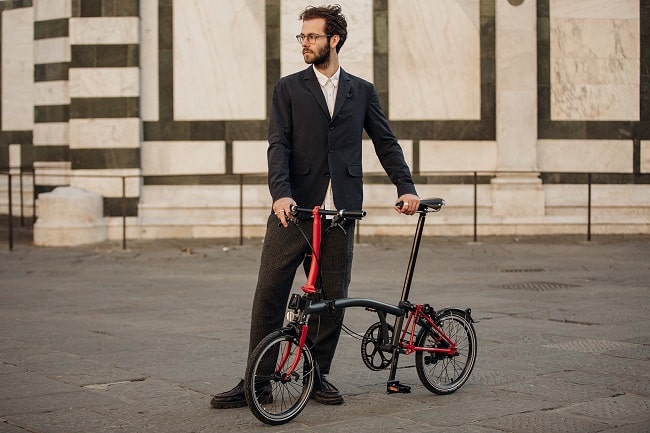 We’ll Want to Start Dressing Up Again – But Conservatively

You can only go on so long spending your days in loungewear. At some point, you’ve got to put on your chinos and a sport coat and head out somewhere – even if it’s not to the office just yet. Following the Great Recession, demand for classics and heritage brands both grew. Right now, considering the prominence of casual suits and minimalist menswear last year, that progression feels inevitable. But, what happens when all of the SS20 stock is finally sold, after months of deep discounts? Due to the predicted trends above, we’ll all be left with fewer options. As such, that pale pink double-breasted suit or ripped moto jeans don’t seem like a great investment, unless you can find it second hand. Assuming you’re able to afford it, a navy single-breasted number has you covered for now and the distant future. 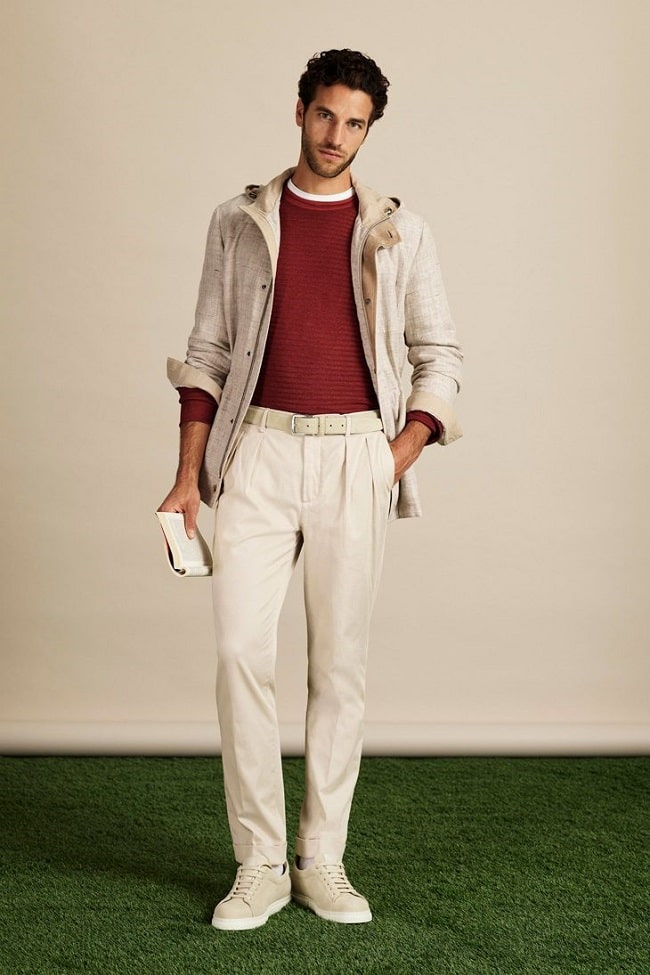 The Hype(Beasts) will Die Down

The past decade saw streetwear reach mainstream status, but as we’ve seen time and time again through history, a sudden boom becomes a bust at some point. That trend already started in 2019: Beyond post-streetwear’s “new” tailoring and softsuit trends, the vintage streetwear market made its mark. The fact is, drop after drop, mainstream streetwear is just too expensive for the average buyer. And, even among those buyers, tastes are evolving toward more classic and heritage staples. A Highsnobiety survey found that, since the start of shelter-in-place orders, over half of respondents shifted their interests toward more timeless streetwear styles, away specifically from logos and chunky dad shoes. 42 percent of individuals surveyed also said they felt uncomfortable purchasing luxury style for the time being – although that hasn’t halted their interest in fashion – and 43 percent also mentioned that sustainability, when they do shop again, would be a top priority. WWD also predicts that we may see a merging between “new” tailoring and tech fabric trends, leading to a super-functional, ultra-practical garment that does it all while feeling comfortable. 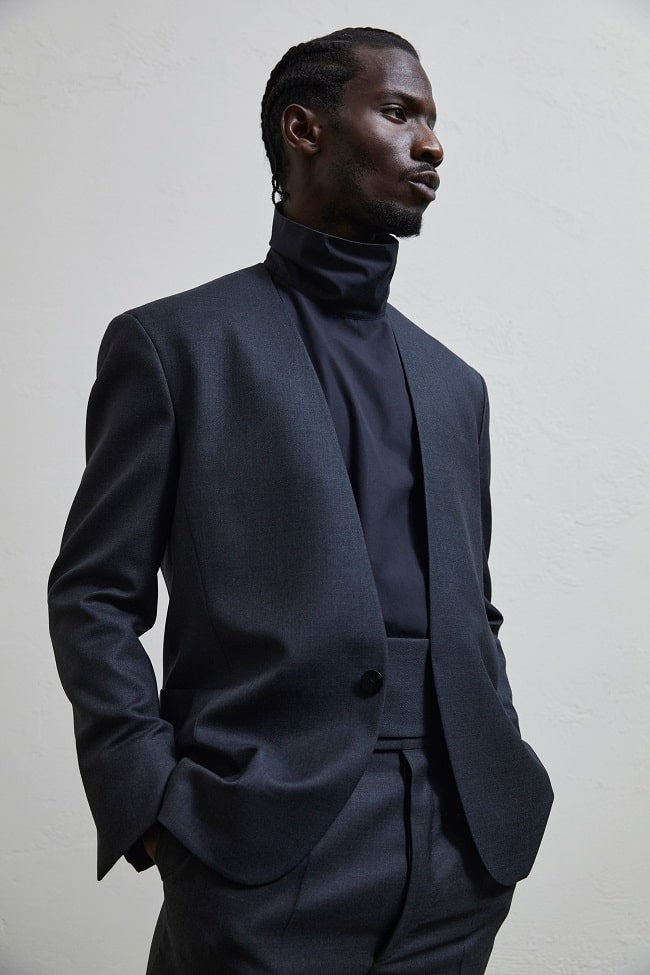 The McKinsey and The Business of Fashion survey found that while consumer spending has sharply declined, decreasing roughly 40 percent across U.S. and European households, shopping for apparel took a bigger hit – about a 65-percent drop. Although closed stores, halted production, and decreased selection are likely shaping these figures, researchers found that, at the moment, customers are mainly attracted to the deep discounts from special sales and promotions. While that pattern may change in the distant future, this scenario illustrates one possible outcome: We’re all going to be a bit more selective about what we purchase, and who we purchase it from. Considering the current economic toll, consumers may be more likely to shop from small and medium-sized businesses with a local presence, instead of going for the major brands. That consumer might also seek out craftsmanship – although it won’t always be with a luxury price. As a bonus, the item was made from a company that reorganised its supply chain to be more local leaning – instead of wholly dependent on China – and values eco-friendliness and sustainability. 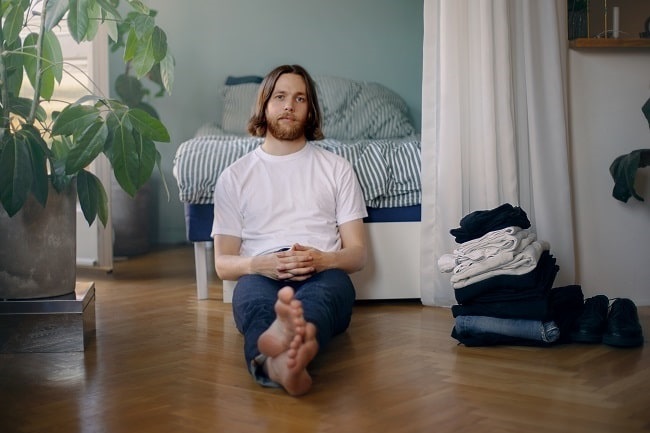 On top of this, those who responded to Highsnobiety’s survey also indicated their preference for a “proactive” brand – for instance, one that shifted production to making masks and other personal protective equipment (PPE), donated their profits toward relief efforts, or supported a cause, like Palace Skateboards’ NHS collection. As the flip-side of this selectiveness, fast-fashion may lose some of its market share, building off its already-declining public opinion and perception. Along with researching supply chains, asking yourself “Do I really need this?” might cap the amount of seemingly inexpensive purchases that wind up cluttering your wardrobe.