IN CONVERSATION WITH KASPER BRANDI PETERSEN OF LABFRESH 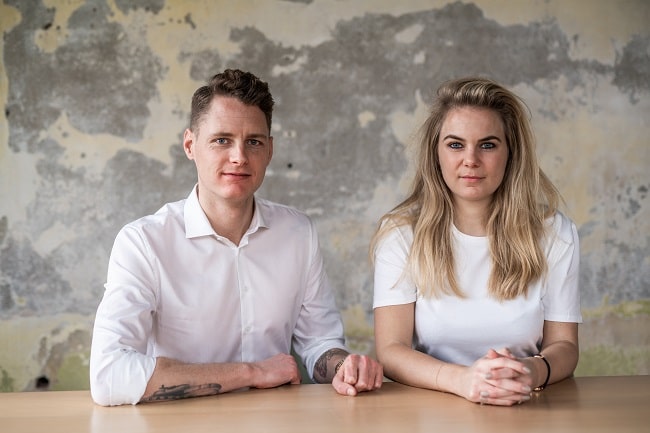 In 2013 Kasper Brandi Petersen quit his corporate job at the world’s largest shipping line. He went from wearing a suit and tie to sitting on cardboard boxes in an old apartment. 3 years later he had raised €3m from investors and scaled to 50 people. Today he fights fast fashion by using technology to make a new generation of life-proof minimal menswear consisting of premium cotton shirts that repel stains, odour, and wrinkles. The brand first launched on Kickstarter in 2017 and by 2020 it had customers across 98 countries.

Lotte Vink and Kasper Petersen are the Co-Founders of LABFRESH. In contrary to most fashion houses, they want you to buy less and wear their products longer. They apply exclusive FreshCore technology to premium cotton fabrics. After their brand became the most backed European apparel project in crowdfunding history, they quit their jobs, found an office in Amsterdam, and started building a business from scratch. Over the past 2 years they've built a supply chain, a website and a brand which has seen press coverage across TV, radio and leading magazines. They were finalists in the start-up competition Get in the Ring and the Accenture Innovation Awards, and they won €1000 from Awesome Amsterdam, which they used to make anti-bacterial socks for the homeless. 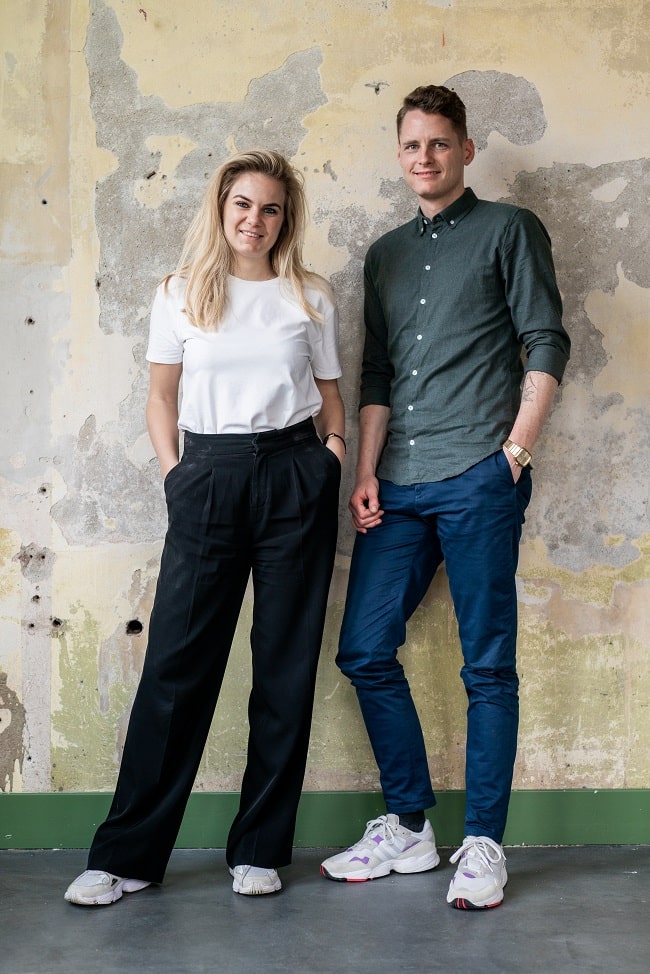 In a recent episode of the MenswearStyle Podcast we interviewed LABFRESH Co-Founder, Kasper Brandi Petersen, about his background in fashion and how he launched his brand on Kickstarter. Our host Peter Brooker and Kasper talked about how the brand went viral due to its key feature of repelling stains, where websites such as LADbible would show their videos with red wine, beer and milk being thrown onto the shirts. The discussion goes into detail about the fabric technology and manufacturing processes to create repellent clothing. They also chat about their successful Dragon's Den appearances, the effects of Covid-19 on business and how this year he took the whole team to Bali for a month. 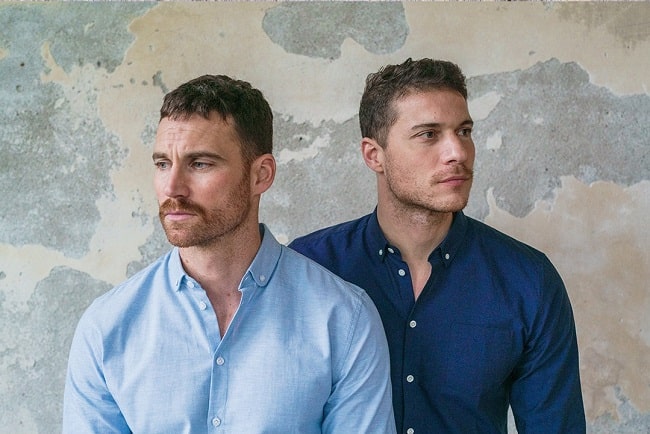 Can you tell us about your background and how the idea for LABFRESH was born?

“I moved here to start my first business which was a personal shopping service for men. We had a crazy ride with a lot of venture capital and a lot of people. When we sold in 2016 I had to move to Berlin, and I was sitting there with my favourite colleague and girlfriend at the time, and we started looking into lots of fabric technologies which were being used within sportswear and the Danish army. So, we thought, let’s try and put this into everyday clothing. In 2017 we put the idea on Kickstarter with a video that we made in our apartment and it went viral. I think that’s because we had an authenticity to the campaign. It was just a passion project and we wanted to just drive around and live in a van whilst working from our laptops. We weren’t trying to hard sell the brand at all, but media such as LADbible and Vice magazine picked it up. People on Kickstarter just want to help passionate entrepreneurs. I have an ingrained belief that you can use technology to make almost anything in the world better. So, if you can create clothing that you wash less, and will last for many years, then you also buy less clothing. That’s good for your wallet and also good for the planet.” 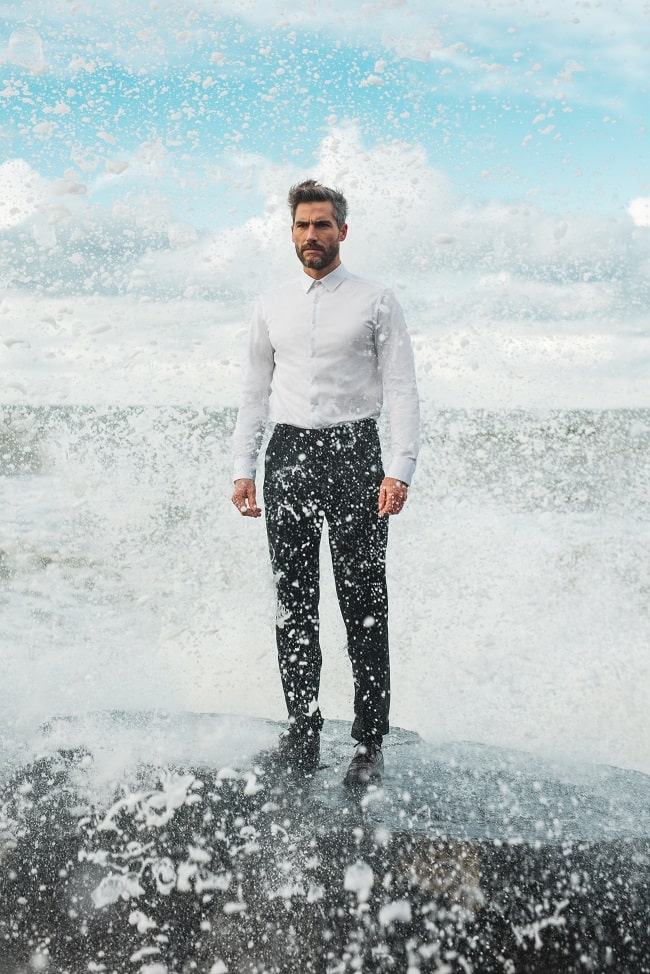 Can you explain more about your fabric technology?

“It takes place in Switzerland which isn’t a cheap place to make fabric. There’s nothing special about the fabric within itself, it’s just cotton. It’s mainly about treating the fibres which closes off the fluids without compromising on breathability. Any brand with a decent amount of commitment and resources could get the technology up and running within one year. The issue is that it makes it a lot more expensive to produce and it is more complicated within the supply chain because you have to select your own fabrics and fibres etc. Most fashion brands will just buy fabric through their supplier. They usually don’t go to a mill or a cotton farm. It takes a long time and costs more to produce, and people will buy less over time, so it doesn’t make sense for an established brand to adopt it. Men are incredibly loyal to brands but once we show them that they can wear the same shirt for five days, they’re willing to switch.” 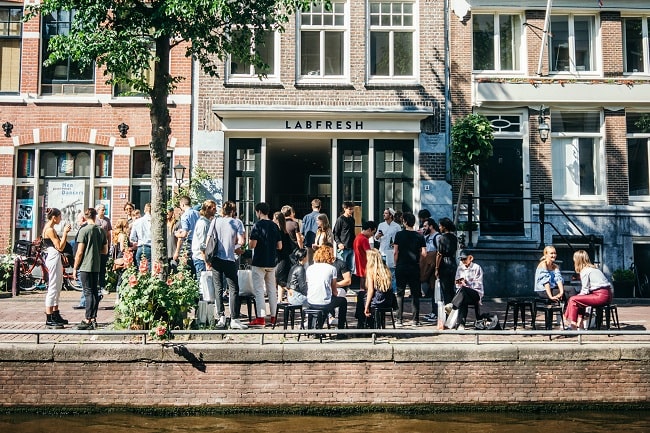 This is a shortened transcribed edit of episode 61 of the MenswearStyle Podcast with Kasper Brandi Petersen, Co-Founder of labfresh.eu. You can listen to the full version below or listen on Apple Podcasts, Spotify or your favourite podcast player.