IN CONVERSATION WITH JAMES COWDALE OF &SONS 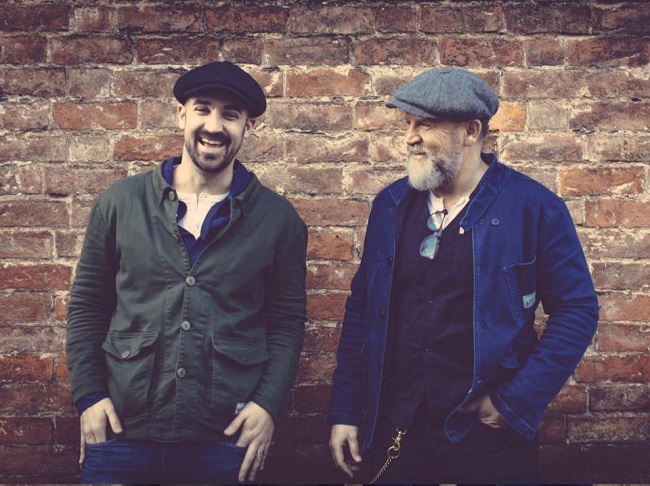 &SONS clothing, founded by Phil James, is the brainchild of a group of like-minded craftspeople who make their living from taking and shaping superb visual imagery. That close attention to detail and style has now been applied to clothing. The brand is proud to support innovation while valuing the skills of artisans where hard-won expertise is passed on from one generation to the next. That’s why they take such care over the design and manufacture of their clothing, using only the finest natural materials combined with the greatest craftsmanship. These are garments built to stand the test of time. The &SONS project is the creation of a range of unique workwear clothing designed by and for craftspeople, artisan makers and creative pioneers in their chosen fields of endeavour.

In a recent episode of the MenswearStyle Podcast we interviewed James Cowdale, Head of Brand at &SONS, and talked about how he came to be involved with launching a fashion label with award-winning photographer Philip James. Neither had worked with clothing before, but both had worked within the creative industries helping to launch other peoples’ brands. When James was asked to assist with the branding, he quickly became obsessed with the brand and wanted to be more involved, which is where their partnership began. Our host Peter Brooker and James also chatted about how the brand name was chosen, launching on Kickstarter, the target demographic, manufacturing in Britain, leveraging social media for growing brand identity, and their forthcoming workwear heritage range. 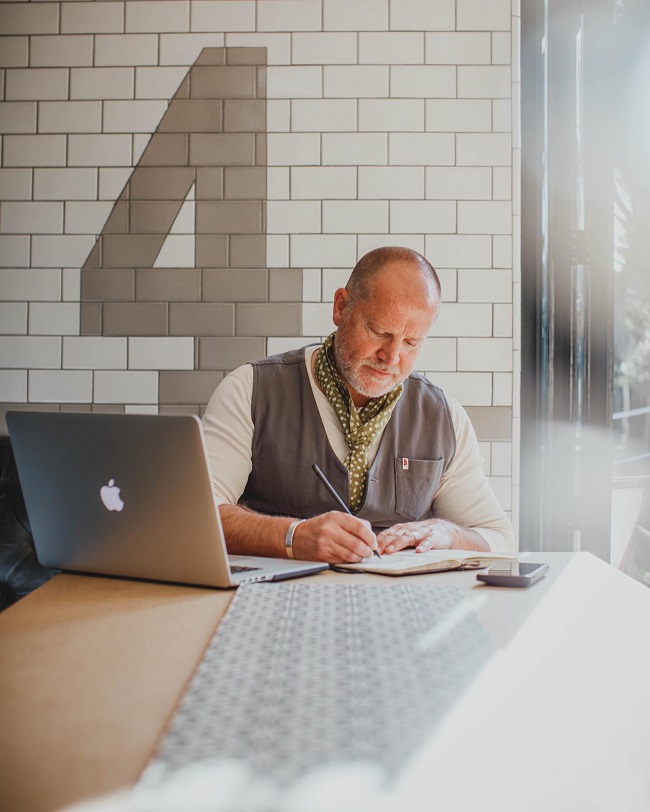 Can you tell us about the backstory of the brand?

“Neither Phil nor I are from the industry, as such. We both run agencies; I run a branding and creative agency, and Phil runs a production studio. We had both a working relationship and a personal relationship for a number of years. We worked together on some great projects, and we shared a similar approach to the style of work we were doing. &SONS was very much Phil’s idea, it was his mid-life crisis to put it in his words. It was an opportunity for him based purely out of frustration and need basically. He enjoys fashion and his job required him to be working within studios and on location. It was physical work and very demanding of the clothes he was wearing. He adopted a workwear heritage style and would look around multiple different websites to get this look. That’s when he thought there must be a better way of doing it. This is where they entire brand began. The name itself was inspired by an old mechanics sign he saw one day, and the family name had dropped off, with just the '& SONS' part remaining. With my branding hat on this was an exciting proposition because you could add any other brand name to the mix in front of it. So, the early idea was that of collaboration and working with others. The &SONS name was great for that.” 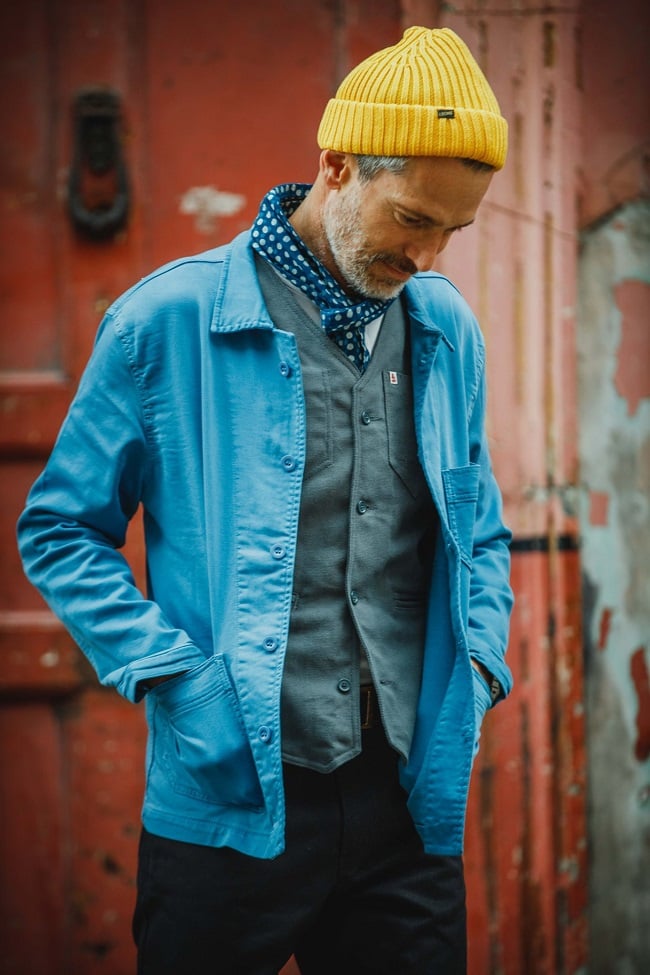 “It was four years ago when we first launched through Kickstarter, raising £50k and creating a small database of potential customers. I think guys of a certain age are underrepresented. Men who have always been followers of fashion come to a point in their life where they don’t want to follow trends anymore. They’ve found a look that they like, and they want to stick with it. I think the brand was timely and we marketed it towards the right people. People working within the creative sector make up a huge part of our demographic and audience. It’s a very comfortable and versatile range of clothing. When Phil first came to me with a project to initially do the branding, I was so into it and asked if I could be more involved. That’s how our partnership began. It immediately resonated with me and gave me my look. It’s been a hard four years of blood, sweat and tears. We’ve had to learn an entirely new trade. Phil designs every item that we stock, from an idea, vision and a sketch. Working with factories and producers both here in the UK and abroad is a huge job within itself. It has been a learning curve but I think now we’re at a stage where we certainly know our own identity.” 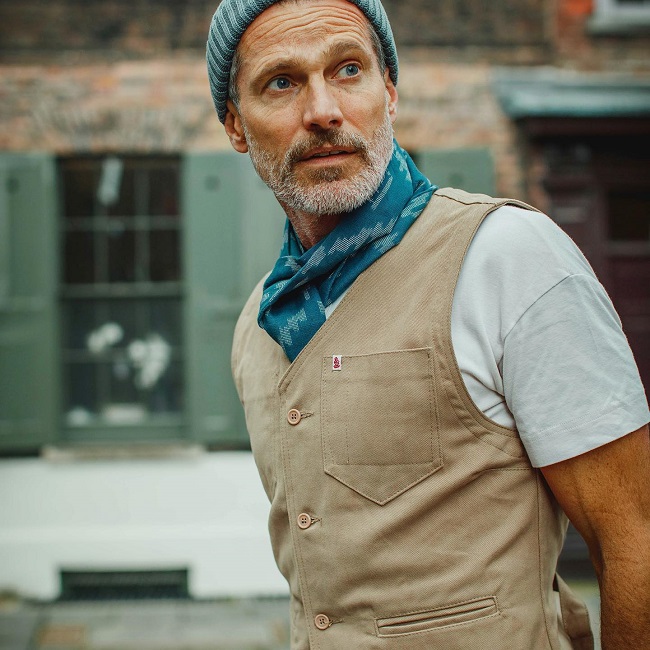 “It’s a case of going back to our own roots and questioning why we are doing this in the first place. It’s understanding that every garment has to have a purpose, it has to do more than just look good. When you hit a certain point in your life, you’re more discerning and you have more expectations of a garment. Look at fast fashion, where some brands are producing relatively low-quality gear and charging extortionate prices for it. We feel our customers have more about them and want to invest in their clothing. That’s what our collection is, it’s a range of wardrobe essentials. Layering is also a huge part of it; being able to layer up for colder climates. The collection is a modular system of clothing that you can pair with other items to create a look. &SONS is understated and we don’t put a huge number of graphic elements into our clothing. It’s not about pushing the brand out there; it’s about producing something that people feel good in and enjoy wearing. That has always been the ethos.” 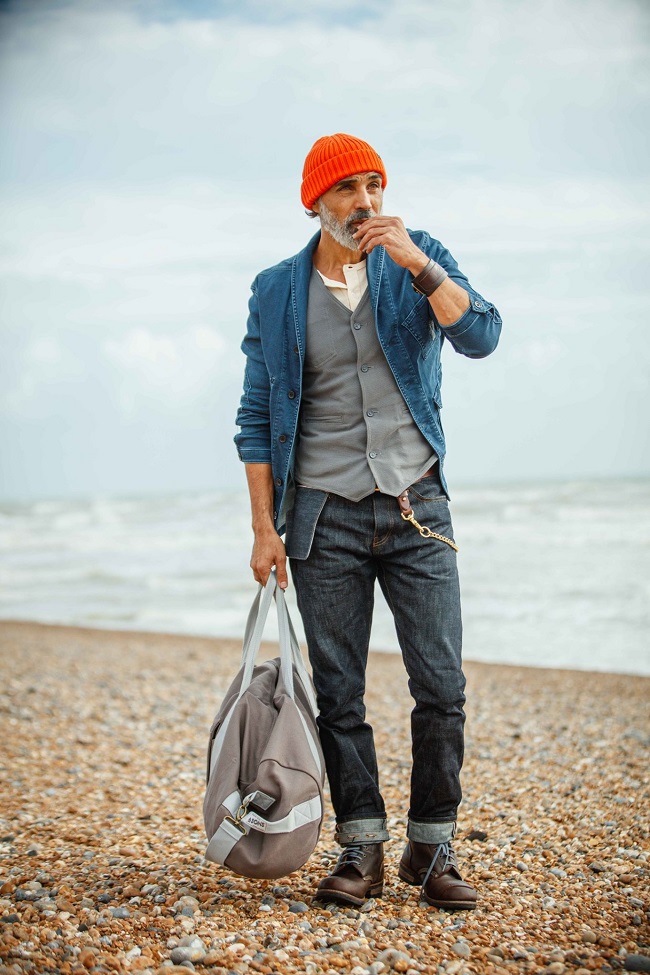 This is a shortened transcribed edit of episode 72 of the MenswearStyle Podcast with James Cowdale, Head of Brand at andsons.co.uk. You can listen to the full version below or listen on Apple Podcasts, Spotify or your favourite podcast player.