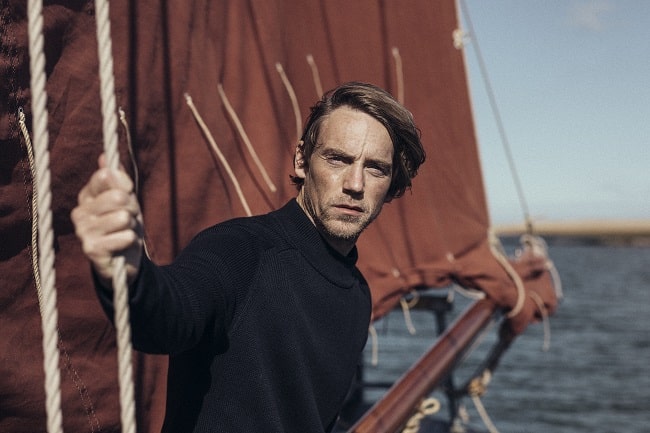 Oftentimes, many traditional menswear garments start rooted in function – military use, more specifically – before the properties they provide grab attention among civilians. Widespread casual adoption gradually erases its history, and today, from chinos and peacoats to balmoral shoes, we take their straightforward designs and reliable performance for granted.

Henri-Lloyd, a British heritage brand built around the motto of “For the Love of Foul Weather” keeps its feet in both camps. On one side, their waterproof yet flexible Bri-Nylon essentially ushered in a generation of everyday water-repellent garments that picked up speed after being spotted on Milan’s Paninari in the ‘70s and ‘80s. Yet, rather than transition from their origins on the seas to strictly urban wear, Henri-Lloyd remains the official technical clothing supplier to Britain’s America’s Cup team – a factor building off the company’s early years outfitting sailing pioneers Sir Francis Chichester and Sir Robin Knox-Johnston for the Round the World Races and later for Sir Ranulph Fiennes along the Transglobe Expedition from 1979 to 1982. 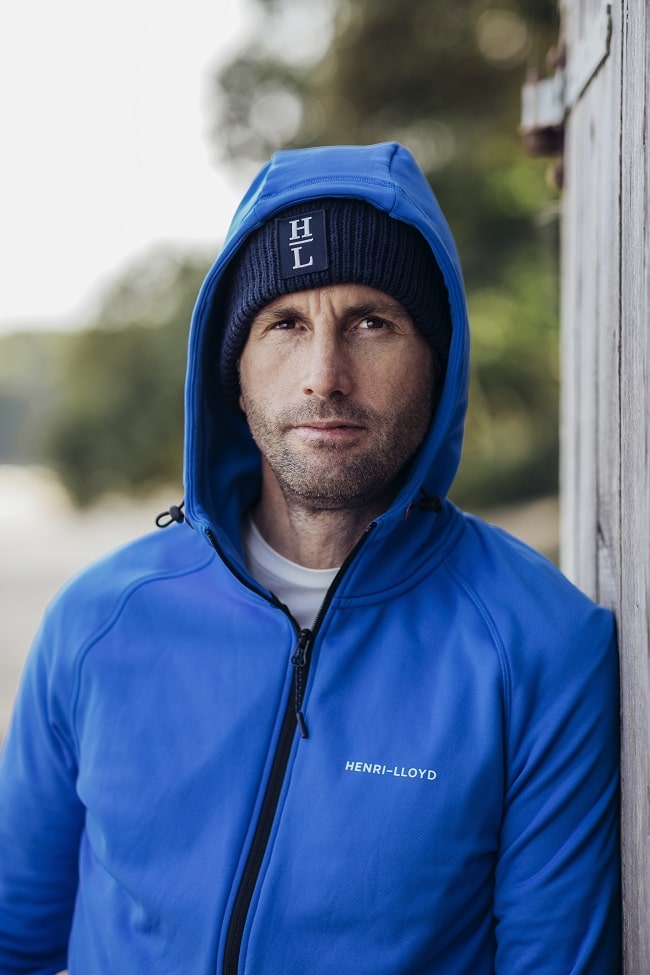 About the Henri-Lloyd Brand

The brains originally behind the Henri-Lloyd brand was Henri Strzelecki. Born in Poland, Strzelecki moved to the UK following World War II to build a more prosperous life for himself and, in the process, changed his name. During his early years in Great Britain, Strzelecki worked in the textile industry but, with an innately innovative nature, came up with a concept for more flexible waterproof clothing. This idea materialised as Bri-Nylon in the early 1960s. Strzelecki introduced it to his employer at the time, who passed on the concept. Yet, Strzelecki was persistent and found an investor in Angus Lloyd. 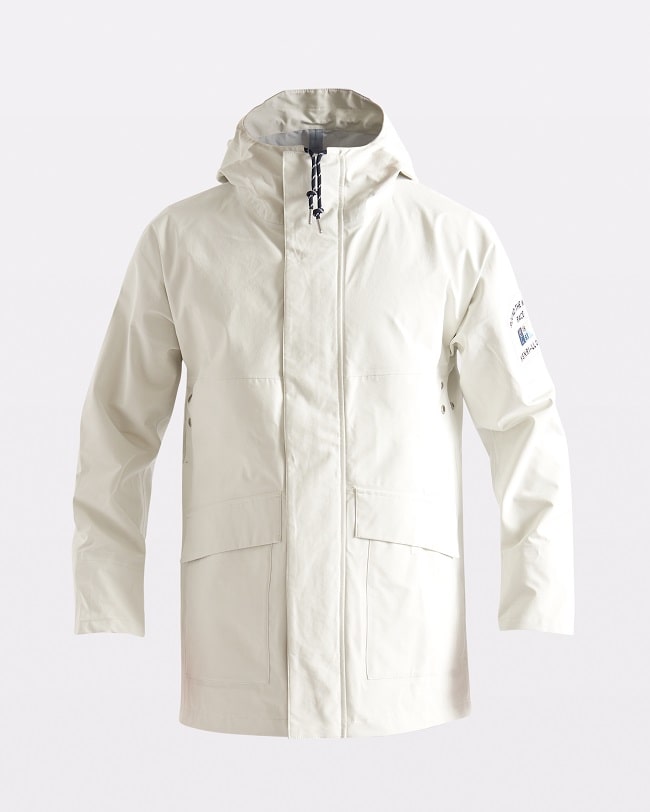 Together, they came up with the company name and brought the product to the masses, angling it for active sports. The two found early on that waterproof fabrics lose this quality once a machine punches a series of holes to stitch materials together. Working their way around this, Strzelecki arrived at yet another industry-defining concept: applying waterproof tape to the back of each fabric. While the concept that would go onto be called taped seams was initially rolled by hand, Henri-Lloyd later had it applied by machine. 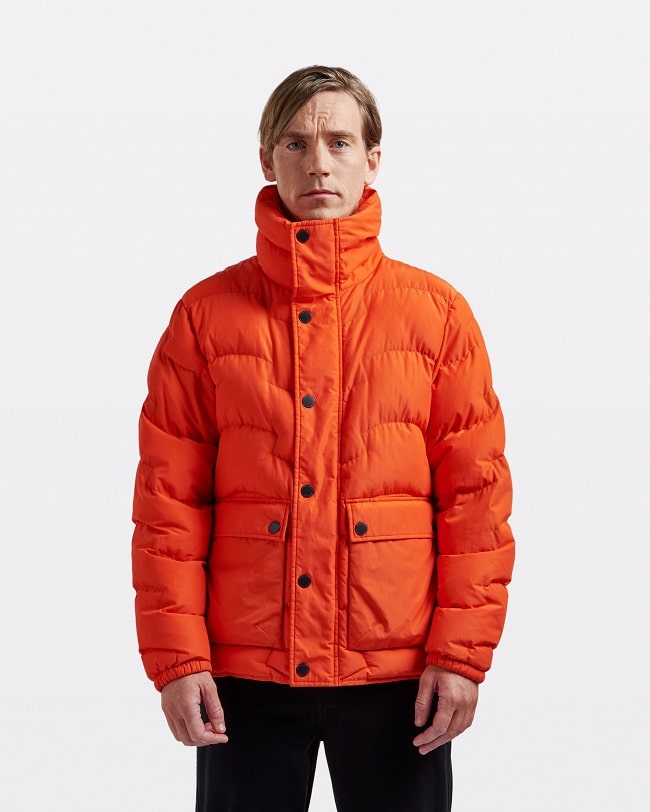 Henri-Lloyd’s advances didn’t stop there. Over the years as the company expanded its array of all-functional sailing gear, Henri-Lloyd pioneered the use of Velcro on clothing, debuted the nylon zipper for a non-corrosive solution, introduced the Sisstemair suit, and emphasised the concept of customised protection for the outdoors – a principle that’s integral to layering, no matter if you’ll be on the high seas or out hiking the trails. As another advance, Optivision – Henri-Lloyd’s fully waterproof system – optimizes the wearer’s peripheral vision with its Hi Fit Ocean hood and collar for a greater degree of protection that won’t compromise performance in more technical, demanding applications. Beyond these advances, the Consort Jacket has been the foundation for the Henri-Lloyd brand from an everyday perspective. Henri-Lloyd introduced it back in 1965, gearing it toward explorers. 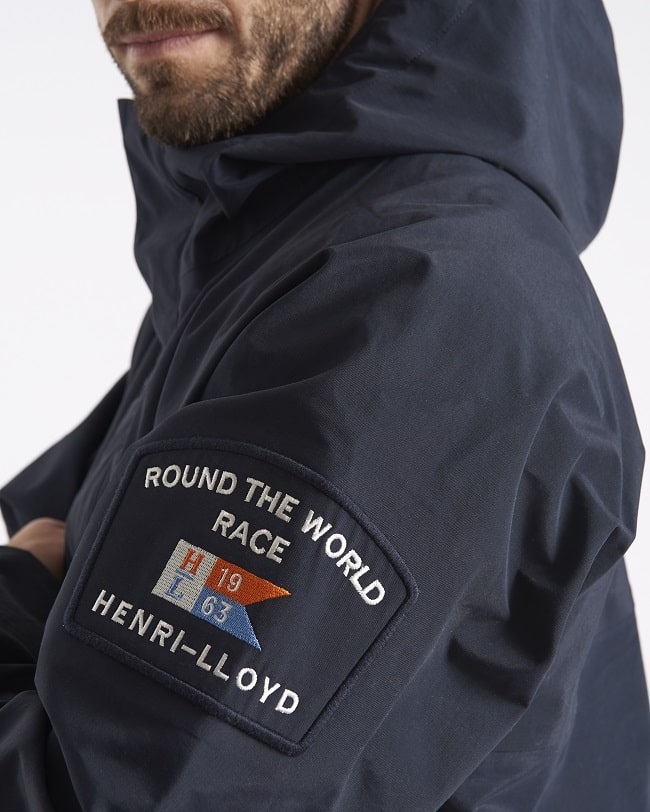 Now in its sixth decade, the Consort has been on adventures across the world and up mountains – most notably, by Sir Francis Chichester and Sir Robin Knox-Johnston in 1966 and 1969, respectively – and it has also found a strong market among outdoorsmen and city dwellers wanting adaptable, easily worn performance that blocks out the elements. By the 1980s, Milan’s Paninari – considered a sporty, Americana-appreciating subculture that has since been preserved in the music video for the Pet Shop Boys’ 1986 song “Paninaro” – adopted the jacket for its performance and appeal and essentially translated what had been more of a sailor-centric piece into effortless, practical style for an urban environment. Today, Henri-Lloyd continues to craft and design its collections with this attention to detail, taking into account quality standards for performance. Factoring in sustainability, the company produces its garments in a factory located on mainland Europe to lessen the effects of shipping and generates only what they need, which allows for greater customisation and reduces the amount of textile waste. 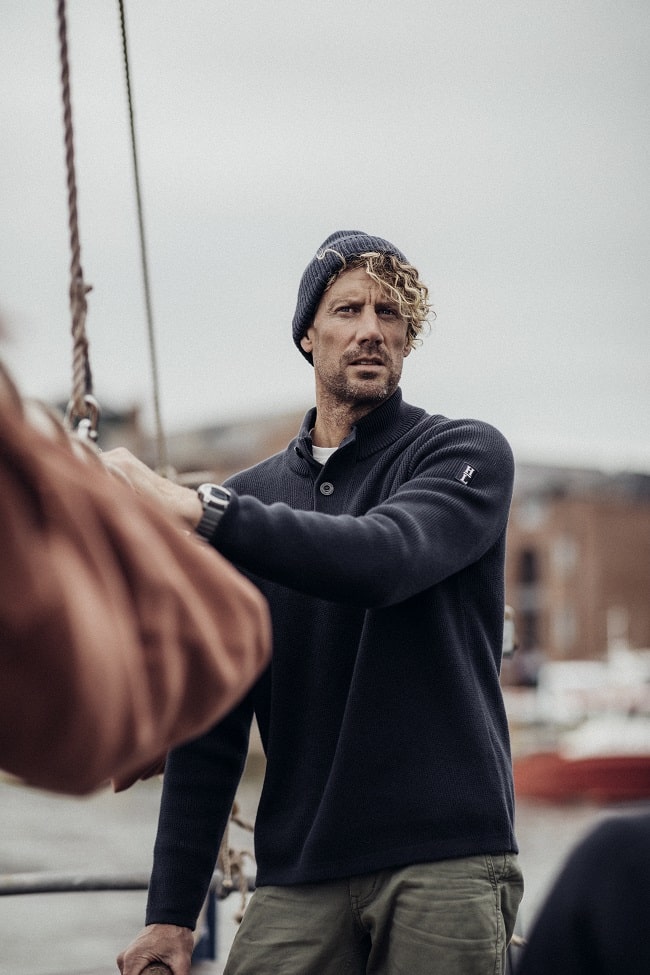 This bridge between technical performance and everyday wearability continues into 2021, with a collection crafted for layering not just for winter but to handle any climate or destination – the city, on the water, or exploring nature to get away and recharge. Among the offerings are a series of jackets built for warmth or waterproof qualities. The Sea Jacket echoes Henri-Lloyd’s heritage with a fully waterproof/breathable design created through an Eco Bionic water-repellent finish, taped seams to seal out moisture, and underarm vents to release heat periodically. The Calgary Down Jacket appears as your everyday puffer, complete with ultra-warm 700 fill-power traceable lining, but goes further with quilted lining, a PFC-free DWR finish on the exterior, and a cotton/nylon blend for the right mix of comfort and durability. These characteristics continue throughout the rest of the collection. Henri-Lloyd states the Airedale Hood Jacket is the lightest and warmest garment it has ever produced: It functions as both a warm outer and can be paired with a water-repellent shell to keep body heat close in cold, damp conditions. 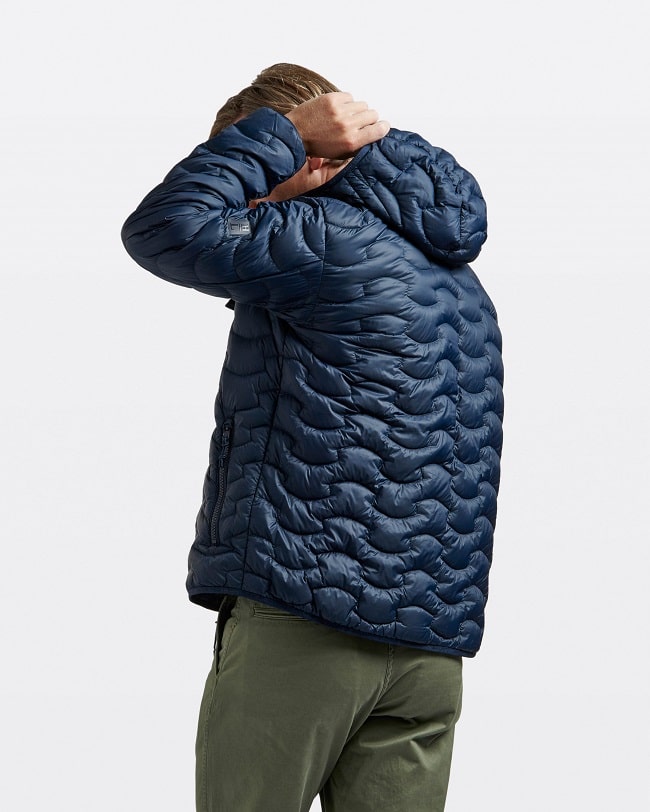 The MAV HL Mid Zip Hood, meanwhile, stands out as a performance hoodie constructed out of 100-percent recycled plastic bottles, rather than the typical polyester active fabric. Henri-Lloyd complements this more sustainable design with stretch characteristics that won’t restrict your movement, lightweight insulation, and moisture-wicking, quick-drying properties to manage perspiration. Beyond outerwear, knits (Hayling and Lawrence) round out Henri-Lloyd’s cold weather-to-transitional offerings. Constructed out of heavyweight 100% cotton, the appearance is meant to evoke timeless sports-meets-nautical style, while warmth and softness suit everyday wear and more adventure-leaning usage. 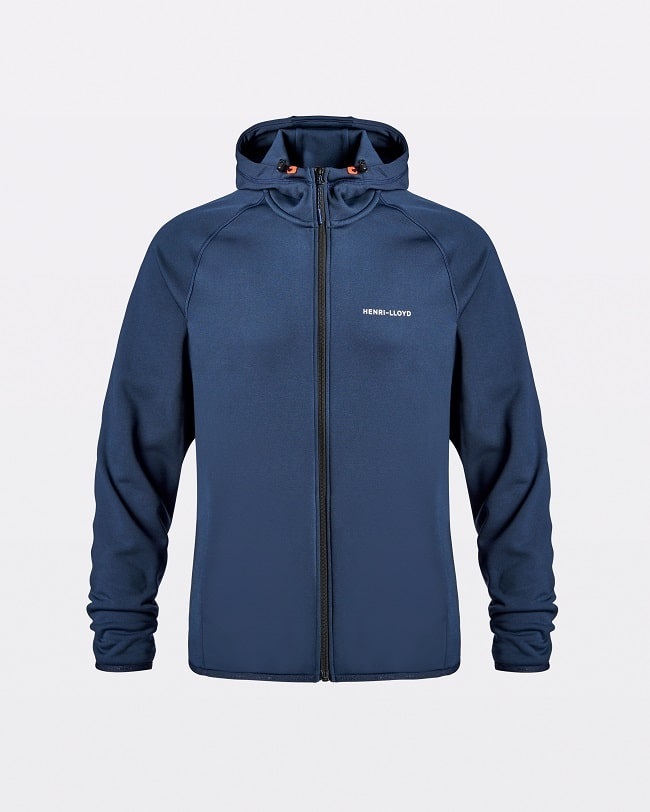