THE MOST FABULOUS & EXPENSIVE MENSWEAR IN BRIDGERTON 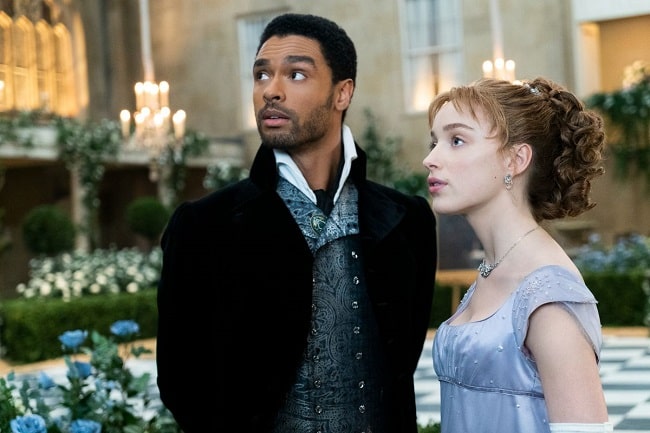 From a dapper Duke dressed in the finest silk to Prince Friedrich’s double-breasted tuxedo coat worn when asking Daphne to the social ball of the season, there’s no shortage of style and sophistication, but how much would one of these looks set you back in real life? We speak with Maximilian Ciampi, the Tailoring Director of 40 Savile Row, part of the Savile Row Company. He has over 20 years of experience working on the bespoke strip and has deconstructed the top five Bridgerton men’s looks from top to toe.

Is there anything more opulent than a royal wardrobe? Prince Freidrich’s outfit is an accurate representation of what would have been worn by the royals of the Regency era. His double-breasted tuxedo coat, adorned with medals and show-stopping shoulder pads is a traditional royal uniform and similar to the one worn by Prince William on his wedding day. It’s likely these clothing items would be made of only the finest materials, right down to the silk gloves. 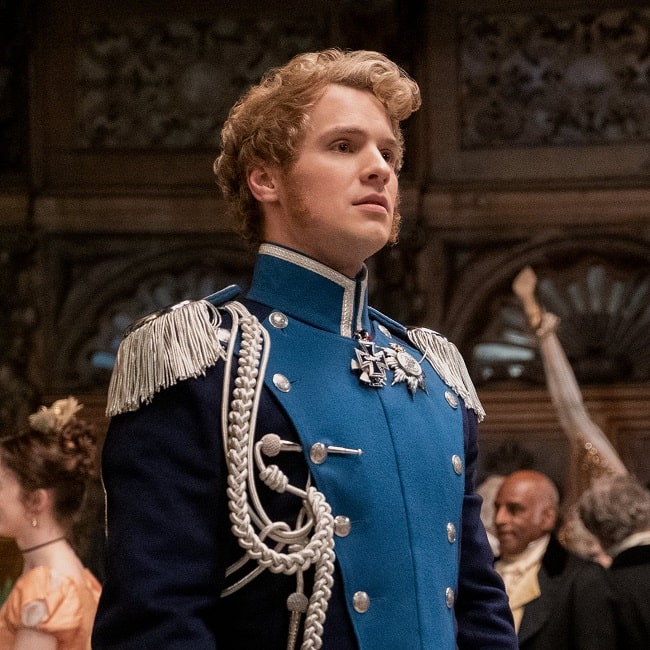 As somewhat of a rulebreaker, the Duke of Hastings was less conventional in his wardrobe choices. When he was seen at one of the many social balls, he was often dressed more casually than the Lord’s and other people of status around him. Perhaps on the first night when the Duke and Daphne first realised their love for one another, the Duke is seen in a velvet cutaway tailcoat, tailored trousers, a silk waistcoat encrusted with what looks like semi-precious stones as buttons and a silk scarf. 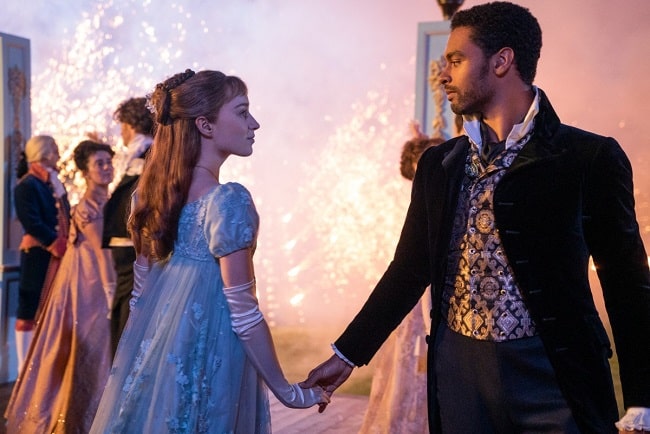 This look was very common amongst the upper-class men of the late-Georgian era. Top hats were a sign of social status, with most dapper gentlemen in the Regency period seeking them out from London’s James Street. It’s believed the fur of a beaver was used to create the most fashionable top hats. Here the gentleman has layered a shirt, waistcoat and tailcoat with tailored trousers, a silk scarf and leather gloves - all in cooler blue and grey tones. Most notable is the cane which is again an indication of wealth and status but also serves as a practical accessory. 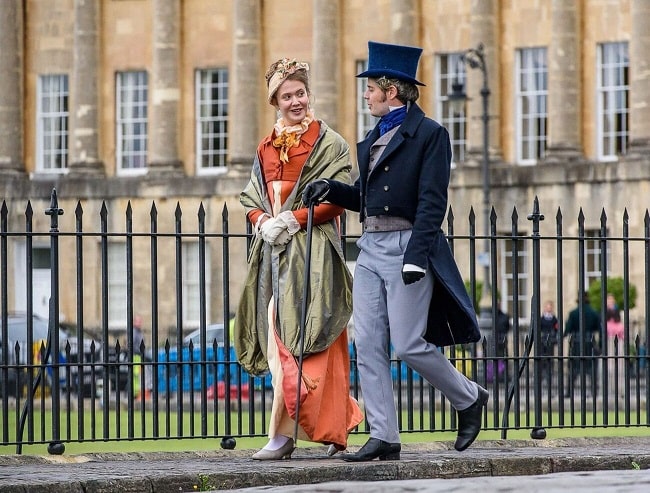 Colin Bridgerton was embroiled in a major scandal but thankfully his fashion was less controversial. This look is multi-textured, layering a crisp cotton shirt, printed silk waistcoat with gold buttons and a velvet tailcoat. He has opted for a more relaxed and simple black trouser. 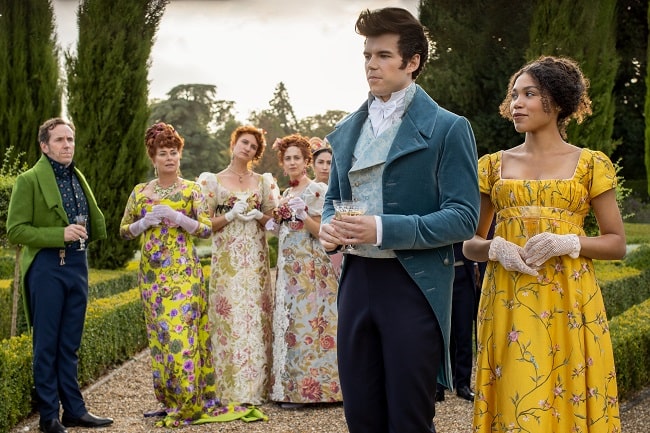 Head of the Bridgerton family, Anthony Bridgerton, is a very active Lord who enjoys winding down at a gentleman’s club with a Scotch in hand. Although this is his ‘leisure’ time, he is still formally dressed which was expected of men during this era. He’s impeccably dressed in a green shirt, velvet cutaway tailcoat, crisp white and fitted trousers, and polished brown leather boots. 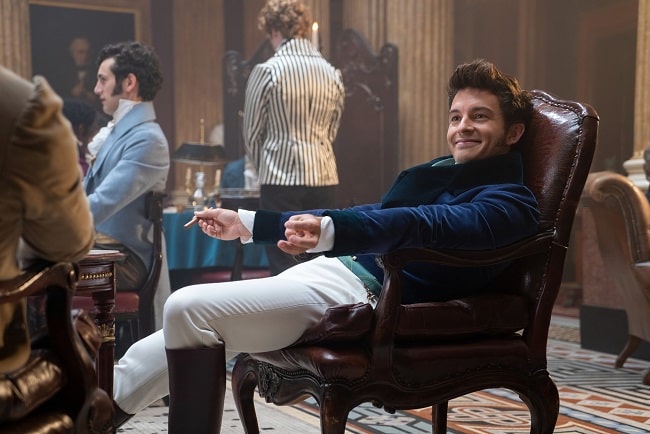