WHAT DOES DRESS FOR SUCCESS MEAN IN THE PRESENT?

Written by Ivan Yaskey in Tips & Advice on the 10th February 2021 / What Does Dress for Success Mean in the Present? 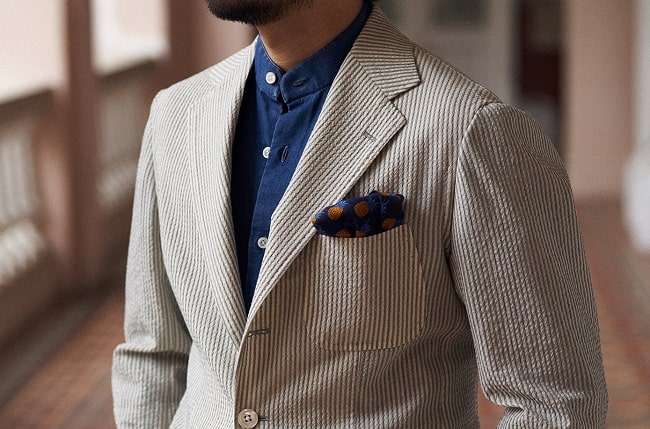 Whether you’re a Boomer, Gen X, or Millennial, chances are you’ve come across the phrase “dress for success” like it’s a gospel of adulthood. Someone – perhaps a family member, school guidance counsellor, or boss – doled it out with a straight face, ignoring its often-Working Girl connotations and Horatio Alger-esque message of putting on clothes to strive for the job above you. While it’s not an entirely negative sentiment, the phrase is a tad misguided, often glossing over its classist core and style-over-merit symbolism. Yet, “dress for success” still holds water, even in a world where Silicon Valley’s deceptive dressing down has permeated all but the most formal and stodgy occupations.

At one point, this message simply meant putting on a suit – it separated the laborers and factory workers from the white-collar office men. By the ‘80s, a suit wasn’t just enough – your look had to embody luxury with a high-end timepiece, like a Rolex and designer-name fodder like Armani. Although casual Fridays started undermining dress for success in the ‘90s, the 2000s and 2010s introduced the concept of smart casual, the message and goal remain the same: Your clothing should project confidence, rather than undermine your efforts. As such, a suit isn’t enough – especially if you show up in a poorly fitting off-the-rack variety – and expensive clothing means very little when it’s mismatched and wrinkled. Especially in a world where your personal brand is everything, your appearance – threads to grooming to social media presence – serves as an introduction to who you are and gets people interested. 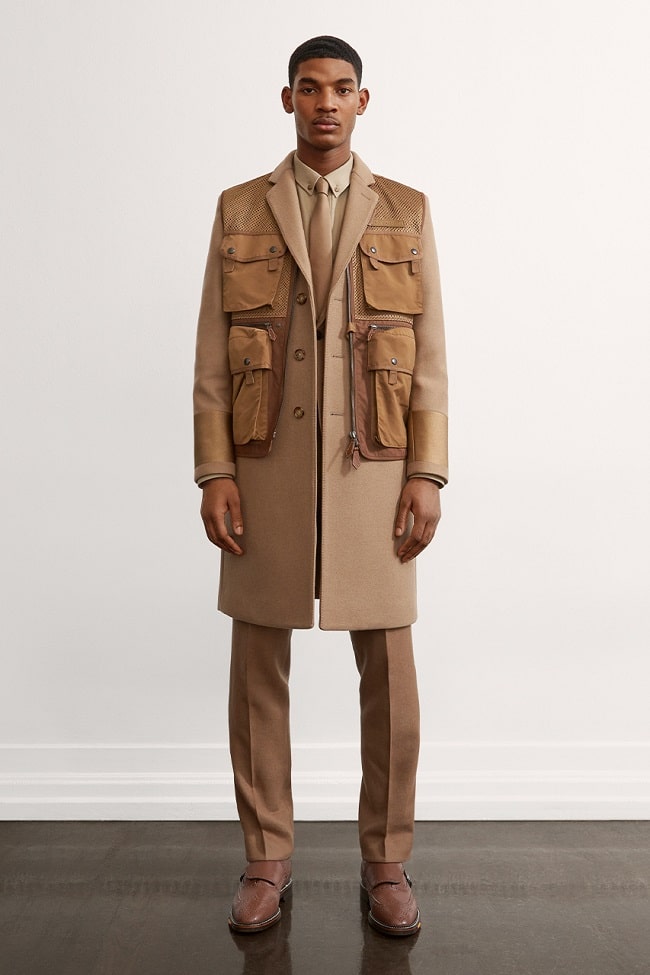 The History of Dress for Success

Although dress for success itself is more of a modern construct, it builds off the “self-made man” trope that started to emerge with increased industrialisation and intersects with the era’s Romanticism. Particularly, this period gave men an upward path out of their social class, fueled through a mix of innovation and hard work. Although, in more of an American folklore sense, these ideals mutated into the Horatio Alger myth and Manifest Destiny – or spreading westward to claim your fortune, via a farm or the Gold Rush – the core principle remained the same: the boundaries between the poor, toiling-for-pennies working class and the aristocracy were breaking down. Into the 20th century, these ideas converged in F. Scott Fitzgerald’s The Great Gatsby while simultaneously enforcing the belief that one can climb social class not just through wealth but also attitude and clothing. Into the 1970s, particularly as the Western workforce started shifting away from a factory-based to a knowledge-based economy, dress for success picked up where the self-made man left off. Pop culture wise, you can see strains of this ideal in the ‘60s corporate uniformity of Man Men and Don Draper’s imposter syndrome, but by the 1970s, two significant sociopolitical trends essentially gave dress for success the upper hand: more women entering the workplace, and thus the divide between what would become the power suit and the traditional secretary wardrobe, and the combination of Reaganomics and Thatcherism. Today, these last two points turned into a gradual bust that shifted economies on both sides of the Atlantic and allowed the upper classes to hoard more of the wealth, but during the period of their introduction, they preached a mix of austerity and bootstrapping: or, more specifically, if you have the drive and gumption, you can grab what’s yours. If you can’t secure a piece of that wealth, it’s your own fault. 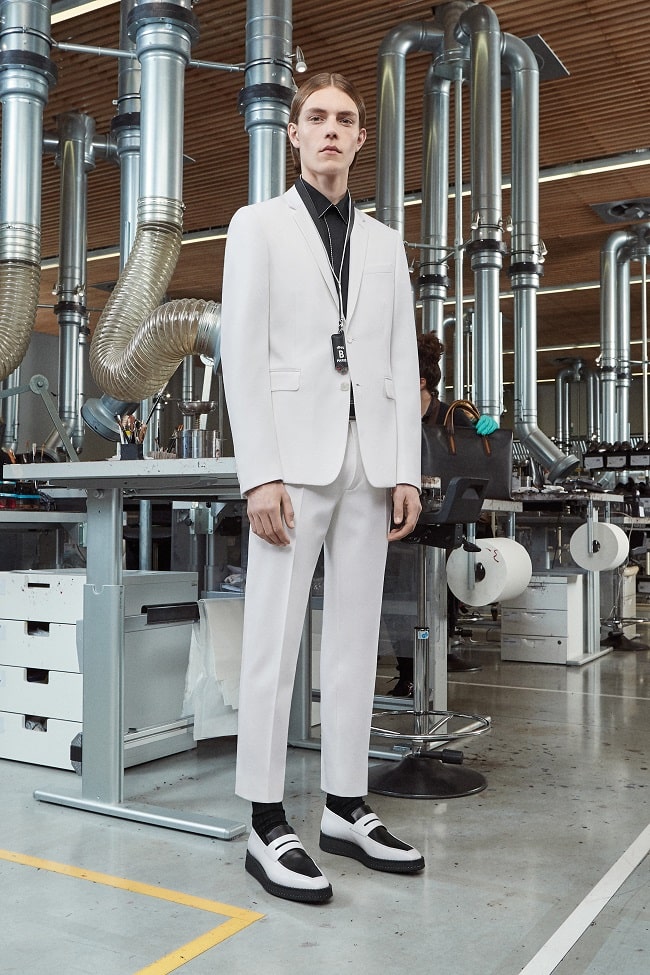 Dress for success, as an offshoot of this, became the uniform of making it and moving up through the corporate world, inching toward a management job and the wealth that supposedly comes with it. The stock market crash at the end of the ‘80s obliterated this path for many, with further hits following in the early 2000s with the Dot Com boom-and-bust and then again later in the decade with the Great Recession. Through these shifts, the bar for gaining access to an entry-level job is now harder. We’re all required to have that ‘70s can-do gumption and the corporate bootstrapping of the ‘80s, plus a bachelor’s degree from the right university, two to three years of experience, a couple of unpaid internships to prove your worth, and preferably connections in the right places. This laundry list isn’t just for a mid-level management job but simply to get your foot in the door, ideally at a salary starting between $30,000 and $40,000, with potential of upward mobility but, for many, a stagnant reality where you’re expected to keep on working hard to keep your position. Otherwise, some young idealistic upstart will usurp your role at a third less salary. From a rat race that’s essentially transformed into a hamster wheel unless you were already born wealthy, dress for success has mutated into image, reputation, or impression management. It embodies the clothing, the grooming, the social signals, and the social media presence that help you move from university to your first office job to a much slower path up the corporate ladder. Not so much of a Horatio Alger tale anymore, dress for success ultimately is a series of signals – that you’ve made it or are going to make it and, to your peers, that you’re from the right social class for the job. 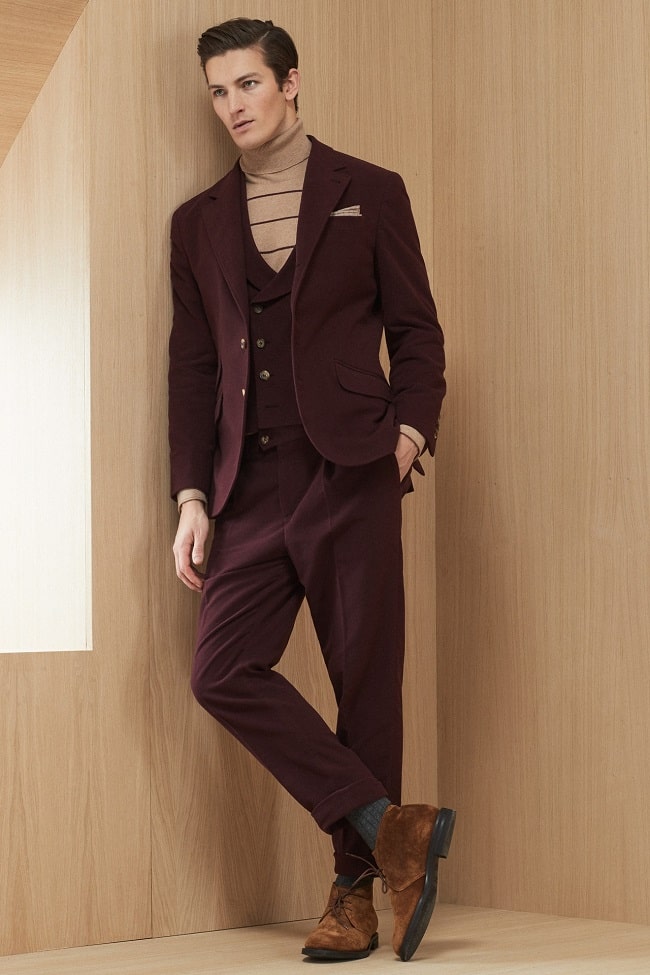 On the other hand, while the shift is a bit disconcerting and discouraging, the rise of the creative class in the 2000s has resulted in one upside: You don’t have to wear a suit to be successful. As more traditional and conservative wardrobes start to feel like a relic of the past, a new dress code has emerged – under the same “smart casual” to distinguish itself from its dowdier ‘90s business casual counterpart – that allows in tailored blazers, some colours above the typical neutrals, and even jeans and trainers. Yes, the social status symbols are still there – knockoffs will be spotted – but a touch of personality has started to infuse the uniform of corporate success. At the same time, whether you’re still in a suits-only industry or there’s a bit of leeway, dressing for the job you want or think you deserve has its upsides. A 2015 study conducted by Columbia University and California State Northridge examined the effects of clothing on one’s thought process and confidence. Particularly, researchers discovered that when dressing for a higher-level position, participants found it more freeing to think abstractly and broadly and were less mired in concrete, direct, and absolute thoughts and statements. As to the reason behind it, participants found that dressing as if you have power gives you the freedom to make more higher-level decisions, which themselves tend to be broader and more abstract. 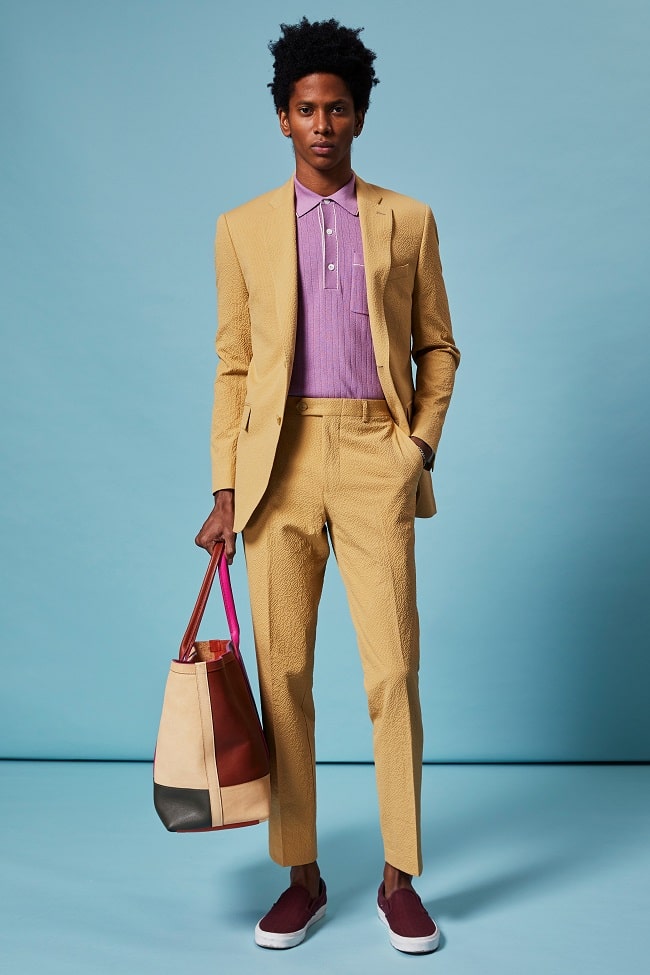 Due to the rise of smart casual, men these days have to contend with nearly just as many options as women for dressing well and managing your professional reputation. A suit, particularly one grabbed off the rack, no longer does it and might even make it seem like you can’t read the room. Instead, dressing for success is about standing out yet blending in: understanding the company dress code and then aiming for one level above without appearing like an over-eager high striver. So, where does this leave you? When in doubt, try to make it seem that whatever you’re wearing – suit or chinos with a blazer – is tailored, precisely fitted to your body, with polished, scuff- and crease-free shoes. The clothing sported shouldn’t appear wrinkled, stained, straining in the wrong places, or too oversized. Rather, you’re striving for that slim-to-classic sweet spot while knowing what works for your body type. At the same time, yesterday’s male professional could get away with resting on neutrals – some navy and charcoal juxtaposed with tan, light blue, or white. While this is a perfectly acceptable place, it can seem a bit too formal, particularly if you work in a more creative field. To expand your colour palette, know which shades first compliment your skin tone, and throw a few in. Burgundy, cobalt, emerald, olive, and brown – neither too dark nor too light yet rich enough to stand out – go a level or two above the cadre of corporate neutrals. Yet, the workplace isn’t a fashion show, even when you’re employed by the fashion industry, and the line between too tame and too adventurous remains fine. It’s far better to err on the classic side with a unique shade or accessory thrown in to remain distinct from the crowd than it is to show up in an oversized double-breasted suit – the on-trend ‘fit of the day – in understated grey.

Do you believe in dressing for success at work? #style