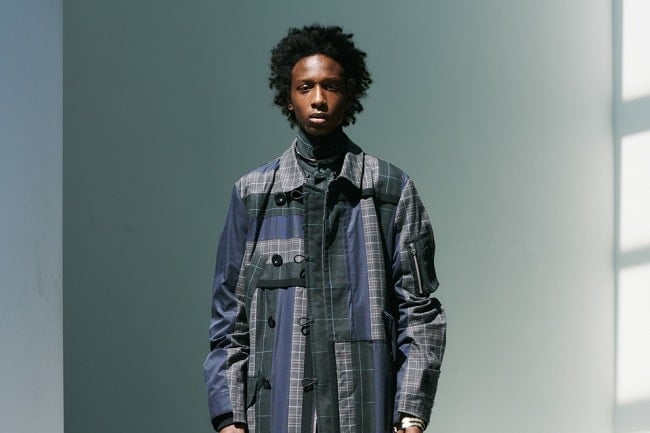 As unoriginal as it sounds, Spring/Summer 2021 symbolises a rebirth for style and everything surrounding. Although life itself likely won’t get back to normal for some time, the partial freedom getting a vaccine affords means to a certain extent shedding the shapeless cocoon of sweats and athleisure and entering a world of structure. Theoretical trends analysed from a distance – behind a screen, in most cases – materialise through fabrics and defined fits you can wear beyond the house and yard. Although our previous reality feels hampered by current limitations, SS21 represents what’s been tossed around as “post-pandemic” fashion – a world of drapey double-breasted suits, soft, dusty pastels, and flowing, flower-printed rayon camp collar shirts that position your last vacation as peak nostalgia. Still, the reset and return we’ve all been holding our breath for isn’t here. A degree of trepidation shrouds everything in partial uncertainty. Do you dare stray too far? Do you experiment and fall out of bounds? This sensation frames all SS21 trends: We’ve viewed these over the past year, often in a more alternate, “What if we could actually go somewhere?” context, and the illusion of freedom is less like a tantalising, teasing desert mirage than a distant exit sign to a door taking you to who knows where. Considering this dichotomy and context, SS21 can be summed up as a well-tread new beginning that has the vibe of a soft opening rather than a grand celebration to mark a new, auspicious start. In what’s basically a topsy-turvy, through the Zoom-looking glass of a world, here’s what to expect for menswear in SS21:

Pandemics bring about pragmatism. That’s been studied, observed, and recorded (hello, heritage menswear of 2009), and SS21 embodies a two-sided approach. On one, utility shrouds what’s been perceived as American heritage – Carhartt jackets, sturdy blue jeans, and work boot-like footwear – with deceitful innovation. On the other, everything classic has been thrown out, replaced by a hodge-podge of military influences, multiplied pockets, and maximal silhouettes no reputable worksite would ever let you wear past the gate. Utility, to sum it up, is everything menswear has been – timeless, exaggerated, and almost narcissistically nostalgic. 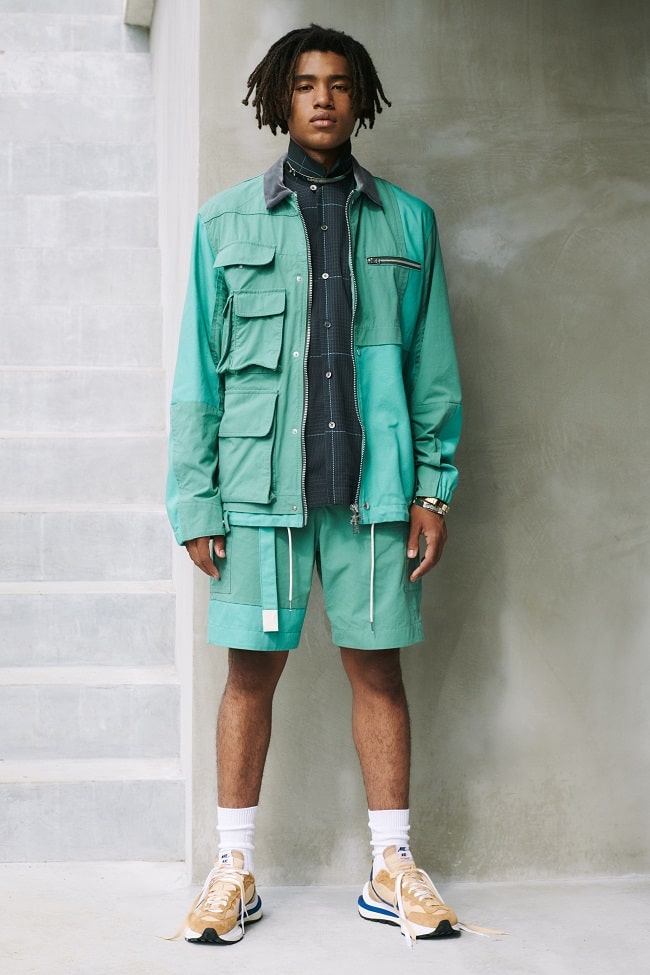 We’re thinking the same thoughts: When did these ever go out of style over the past 10 years? The staple of every man’s wardrobe since 2011 gets reinvigorated via the utility and ‘70s revival trends. The result feels more like a substantial classic aviator meant to protect you against the cold merged with the stylings of the souvenir jacket, which, initially building off the bomber’s popularity, simply dispersed itself through shimmering silk fabrics, contrasting colourways, and detailed, floral-patterned embroidery – or basically everything we’ve come to expect from the Alessandro Michele era of Gucci.

What’s the difference between the Bermuda and the chino short? Visually, there’s not a whole lot, except for the latter tends to feature a slimmer cut. Bermuda shorts, then, add more space to let your body move – and reminiscence seaside vacations where you likely would’ve sported a pair. Secondly, chino shorts suffer from the same issues as their trouser counterparts: They’re the very definition of a neutral, to the point a shade of pink or periwinkle feels experimental. Patterns? Leave those for your shirt. Except, this season’s Bermudas not only dive into the sea of pastels, emerging an invigorating lilac or mint shade, but they’ve picked up the habits of our Hawaiian and camp collar shirts. Namely, stripes, florals, and landscape patterns are all game for your lower half. 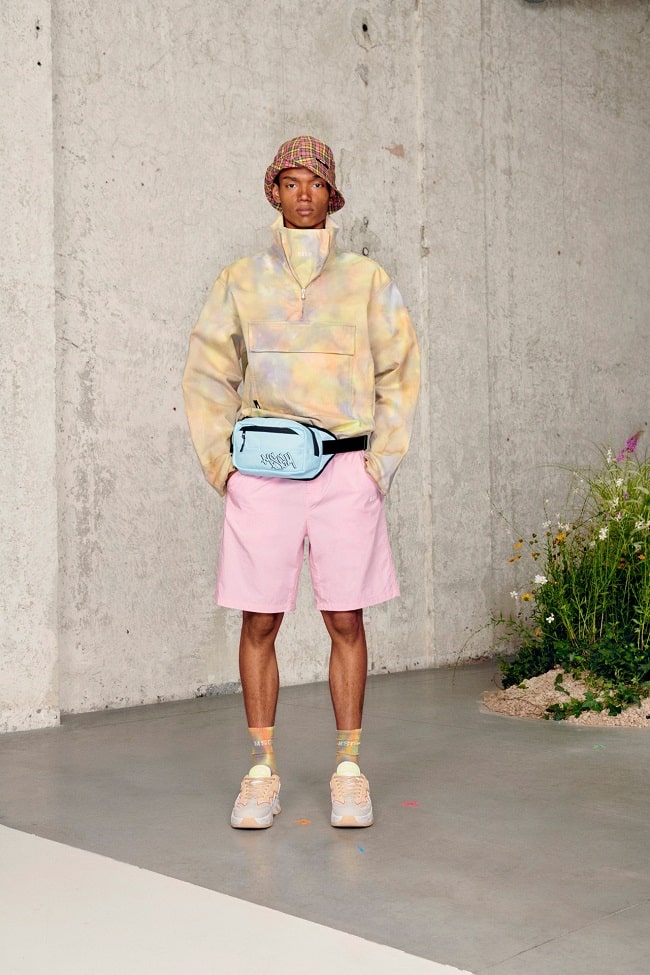 Solid colours are serviceable, but what smacks of starting anew is a bold print adding a vibrant touch to a lightweight, flowy fabric. Nothing’s uptight here. Instead, Hawaiian shirt inspiration run amuck is pure fantasy, starting with large-size florals and veering into plenty of postcard-like landscape prints. When a lifetime of standard button-fronts stretches ahead, season after season, now’s your opportunity to take off with the most out-there, perhaps almost ‘70s-esque pattern you can find.

SS21 is truly rooted in neutrals. That firm baseline doesn’t mean other colour palettes aren’t on the table, however. The arc of ‘90s and ‘00s influences has yet to cease, and digging up a bit of early ‘90s nostalgia are some highlighter-tinged hues, like electric lemon yellow, magenta, and oranges reminiscent of Sunny Delight. At the same time, the mix, particularly when colour-blocked, generates some Summer of Love vibes, making us wish we had a pass to the Hacienda. Through this lens, then, the shades appear better suited to the omnipresent oversized silhouette of wide-cropped trousers and voluminous silk or rayon shirts. 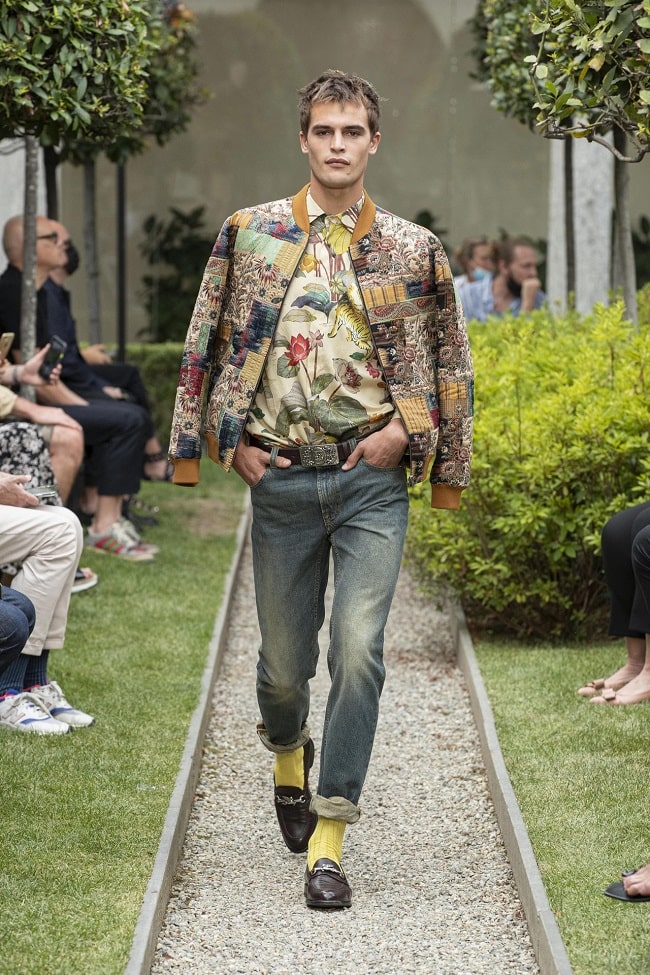 They’re not statement shades, and they’re not neutrals. Pastels for SS21 exist in their own realm entirely, provided you don’t select something that looks like you scooped it from an ice cream parlour. These soft, muted shades add an understated touch to colours presumed to be bold and daring, ensuring hues like orange, red, pink, and seafoam appear unexpectedly average.

In one sense, SS21 reads like a scrapbook of best-of menswear – or, in the case of the double-breasted suit, Miami-centric style that saw its glamour wind down in favour of ‘90s corporate accompanied by poorly fitting pleats. The return of double-breasted suits somewhere toward the end of 2018 has symboliSed a reinvigoration, dubbed “new tailoring” or “post streetwear,” depending upon the context. Yet, the silhouette simultaneously repurposes the unfashionably retro to revive the stale skinny suit without resting solely on dad tropes. What we’re spotting feels louche and upscale, as if you’re lounging in a structured, elegant bathrobe and just happened to pair matching trousers with it. 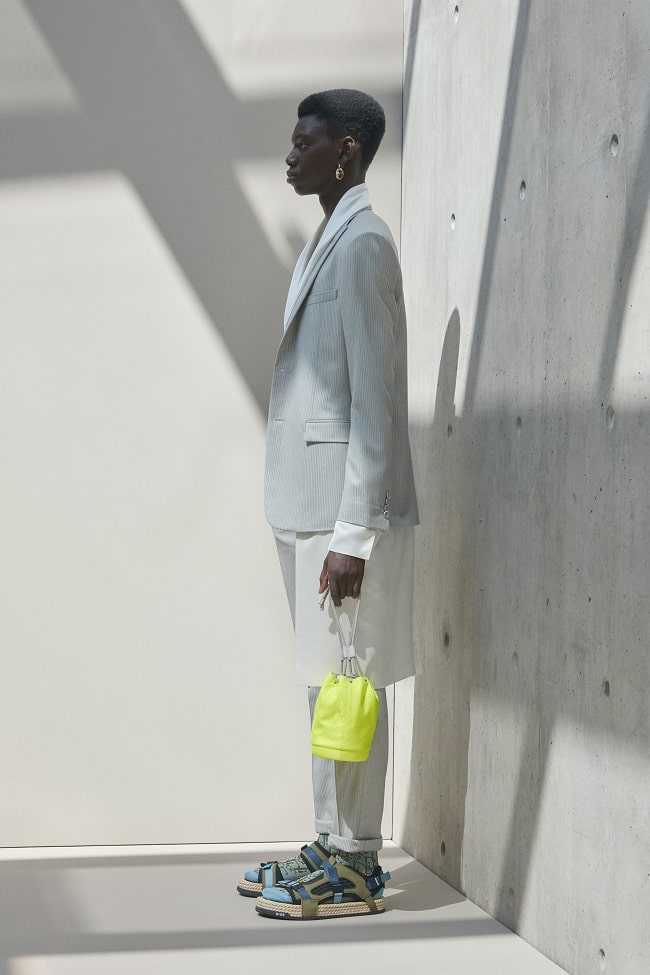 We’re no strangers to monochrome dressing. Yet, certain shades lend an air of ease and effortlessness, making a head-to-toe shade a solid choice. White can be tricky. Blinding versions make it seem like you’ve been doused in bleach – and call attention to every stain and particle. Go a little bit darker – a.k.a., the filtered version – and that ease begins to emerge through beige-, grey-, and almond-tinted versions that feel like a stone’s throw from the spectrum of pastels.

These emerged somewhere around 2017, yet those Millennial vs. Gen Z TikTok videos paint this trend as something newly discovered by the younger cohort in favour of skinny jeans. However you approach it, these aren’t the pipe-style jeans – or JNCOs – you wore back in the ‘90s and early ‘00s, despite the trend’s timeline. Instead, structure is paramount, with the hem hitting the tops of your boots, rather than drag along and get frayed by the ground, and clean lines adding definition to the sides. 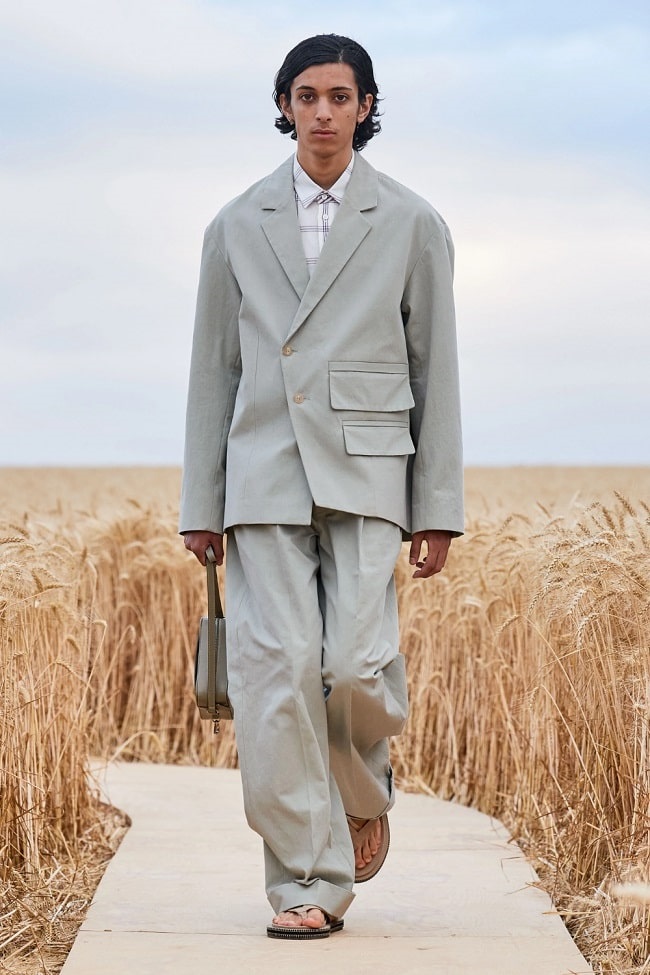