WHY GOLF STYLE IS HAVING ITS MOMENT 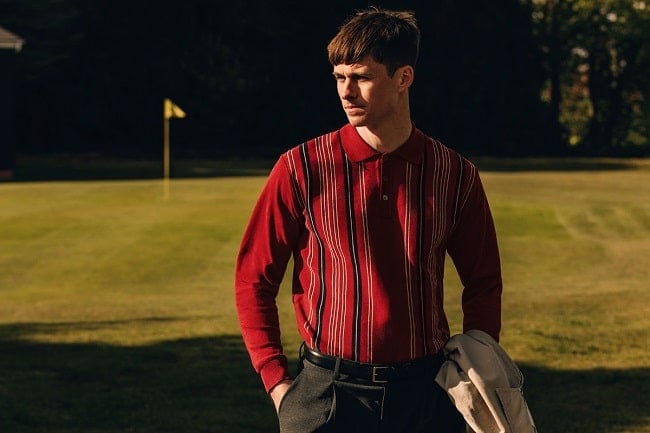 Menswear’s no stranger to out-there inspirations – 2018’s “dad” fashion, anyone? Seeing golf-inspired styles, at least through this perspective, doesn’t feel too farfetched, especially as the sport’s somewhat elitist reputation is breaking down. However, at least in recent memory, you can’t get any less fashionable than golf apparel. It’s the casual equivalent of the ‘90s middle-manager pleated suit: oversized, poorly fitting, and made with stretchy polyester or, more so in the UK, finishing it all with an argyle sweater vest. At the same time, the sport’s cloistered character – reserved for only the wealthy in their gated country clubs – adds to the off-putting, less-accessible nature. Yet, golf’s popularity comes in waves, and 2020 into 2021 represents one of its crests. The last occurred in the late ‘90s, at the height of Tiger Woods’ prowess and fame. Around that time, polo shirts and golf shorts saw their everyday capital rise, but the decades that followed translated to performance apparel that, to be honest, looks too casual and too cheap for the office.

What’s different about 2020 and 2021? For one, those looking to get out of their homes have discovered golfing as an activity lending a degree of social distance, similar in a way to the resurgence of cycling and hiking. Building off this, those who do some research find that, despite its reputation as the sport of portly middle-aged males, you can burn as much as 1,500 calories during an afternoon walking from hole to hole. Helping to dissipate its exclusionary reputation, a few hip-hop stars have been spotted taking up the sport, including Drake and Schoolboy Q. Likely as a result, we’ve been seeing athletic apparel brands take their golfing apparel lines seriously, while certain newcomers have made the silhouettes more forgiving, versatile, and physically flattering. To sum it up, you’ll actually want to look like you’re going off to the green. 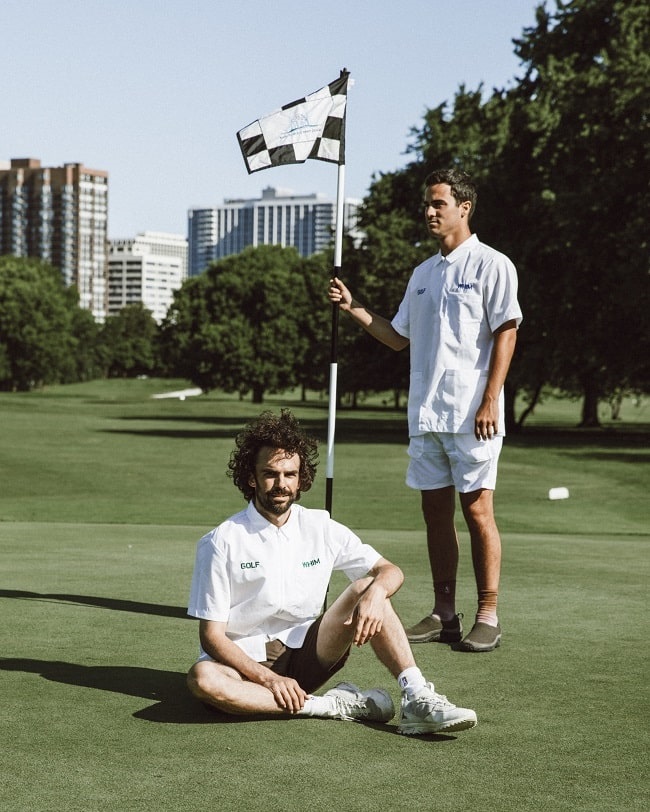 The Evolution of Golf Apparel

Golf as we know it was born in Scotland in the 16th century. Not only did the modern 18-hole course emerge from this cooler, oftentimes damp region, but its climate shaped the apparel worn. Today, we group golfing apparel in with athletic fare. Originally, however, fabrics and construction reflected everyday materials and influenced how men dress for the outdoors. Once the sport started picking up popularity, due to King James IV becoming interested in the game, players typically wore wool-based tweed fabrics to stay warm against the wind and chillier conditions. Golf started picking up in the US during the 1920s, considered a period of wealth and leisure between the end of World War I and the sudden start of the Great Depression. Here, too, golfing attire reflected what American elites would’ve worn at this period in time, albeit topped with a flat cap and pairing knickerbockers with tights. What we perceive as modern-day golf apparel didn’t appear until the 1950s. With the sport considered both a leisure and vacation pastime during this era, players kept cool with lighter-weight trousers or shorts and a knitted polo-like shirt. Although fits have varied and fabrics are now frequently treated to resist moisture and UV exposure, the standard golfer’s silhouette hasn’t evolved significantly over the past 70 years, likely as a result of clubs reinforcing particular dress codes. 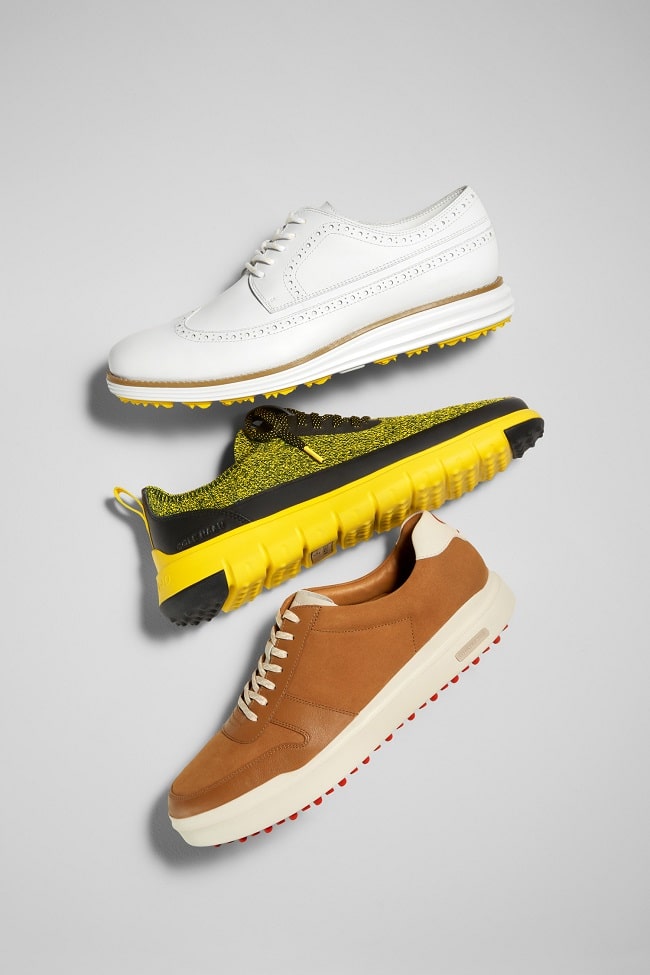 From the Green to Everyday Wear

In the conservative ‘50s, you wouldn’t have batted an eye changing from casual everyday to golf club apparel. Today, though, we expect much of our clothing to be multifunctional. As such, when the closest 18-hole course specifies that you need to wear a collared polo shirt and appropriate chinos, you want them to simultaneously align with your office’s smart-casual rules. The only change, here, should be your shoes: Players typically wear spike-less golf shoes for the green. The fluidity between casual, office, and work wardrobes shouldn’t be that much of a challenge. Yet, golf apparel frequently gets mired in the same issues contributing to business casual’s less-than-desirable reputation: The fits look frumpy. Considering a handful of menswear brands have golf origins – Pringle of Scotland and Lyle & Scott both come to mind, while Ping has had a go at licensed apparel – the fact is, what’s worn out on the green could look a heck of a lot better. That seems to be evolving. At the forefront is Adidas’ Go-To pant: What looks like an unassuming chino is constructed with recycled fibers and delivers the performance needed for the course. At the same time, we’ve noticed polo shirts becoming slimmer, using performance materials even when they’re not directly intended for golf. This shift has passed through the country club walls. The result not only makes you look less awkward, but it also utilises breathable, perspiration-controlling materials, keeps UV rays from burning your skin underneath, and feels lightweight all around. As such, you can slip this under a blazer and pair it with your chinos, and be ready for a round of golf with only your shoes to change by 6pm. 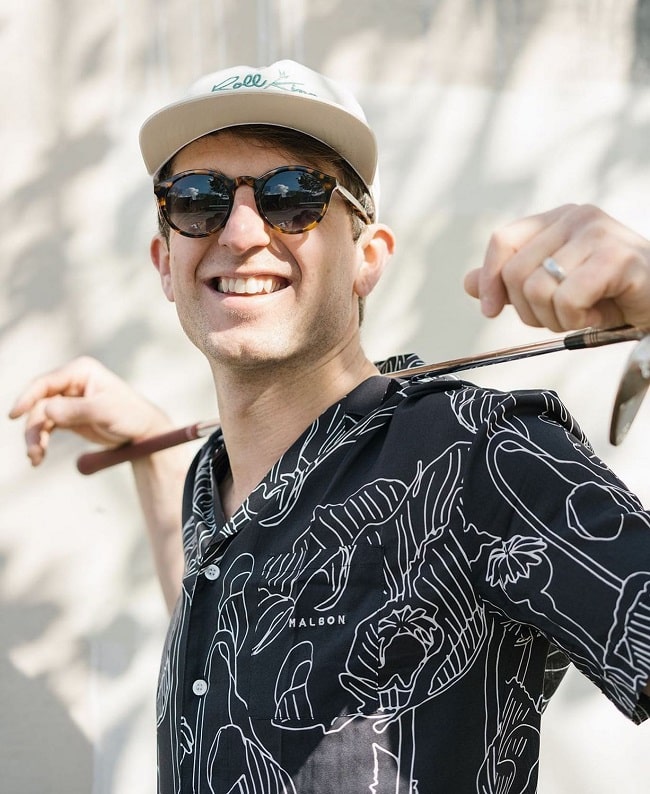 The Style for On (and Off) the Green

Accessibility garners the first degree of interest, but the potential possibilities are where menswear enthusiasts take note – and in this case, might even consider golf as more than a dreary, Sunday afternoon spectator sport best appreciated from the couch. The confluence of traditional golf apparel and style is two-fold. For starters, established athletic brands like Adidas have begun taking their golf lines seriously. The result is some good-looking (and equally performing) threads from them, as well as Puma and Lululemon, over the past few years, often with a greater spectrum of colours and incorporation of familiar technologies. Adidas’ line, for instance, utilises its Boost feature and Primeknit material. Nike seems to understand that its Air Max 90 isn’t always strictly a basketball shoe. Just as it did roughly two decades ago with its now-successful Nike SB line for skateboarding, the shoe brand adapted a classic basketball silhouette for golfing, adding better traction and water resistance for grassy surfaces. Under Armour, too, has realised the versatility of its active apparel. Those wanting the strength and properties of the clothing they wear to the gym can find it amongst shirts, trousers, gloves, and other golf-centric accessories. 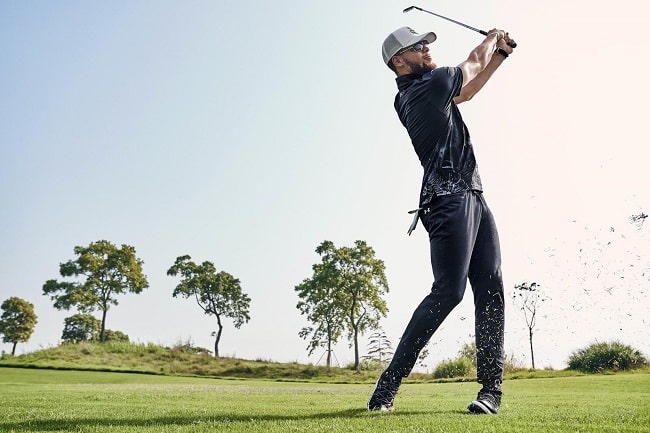 As a sort-of part-two to this, menswear brands are adding golf apparel to their offerings, often incorporating signature elements. As one example, Bonobos’ collaboration with pro golfer Justin Rose doesn’t shy away from the prints, while Todd Snyder’s partnership with FootJoy takes comfort to a new and cooler level with a pair of seersucker joggers meant for the green. Cole Haan, predictably, developed a derby-like golf shoe equipped with cushioned, responsive GRANDFØAM and a spiked outsole. Added to the list are Mizzen + Main, worn by player Phil Mickelson for their shirts’ flexibility and ability to keep their shape. Ralph Lauren, while no stranger to the sport, made the move to explore the performance end of golfing apparel with its RLX series, for a more streamlined, somewhat techier look that what we’re used to. Following the now-natural progression of menswear, Palace London collaborated with Adidas on a capsule collection. Beyond just whetting the taste of streetwear aficionados, newer lines of golf apparel strive to appeal to the under-30 player who, frankly, doesn’t want to look like his dad and knows that “dad” fashion officially died out two years ago. 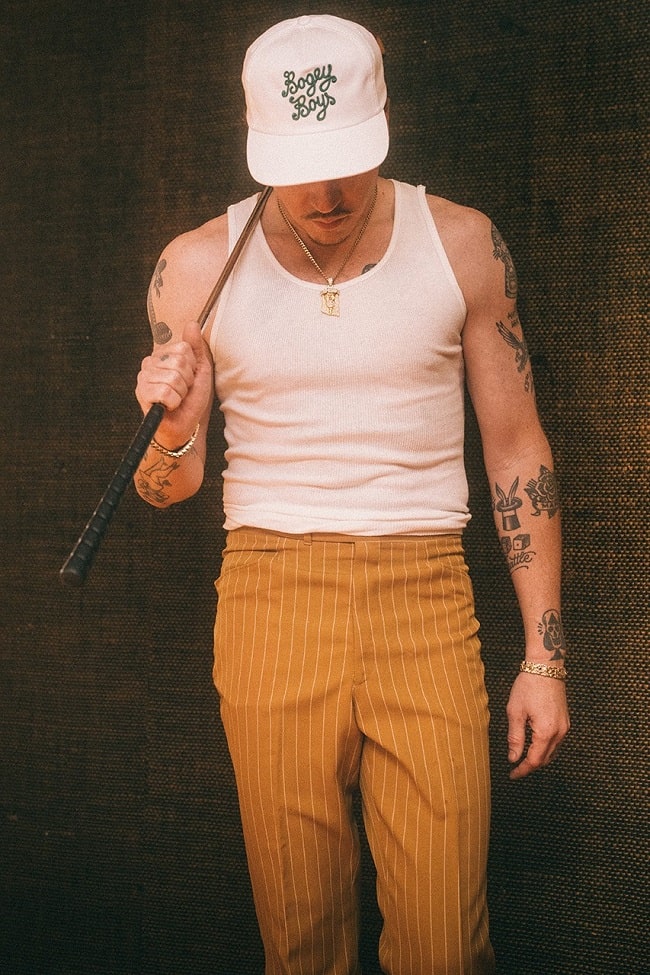 Malbon Golf embodies this approach precisely with multiple sports- and brand-based collaborations – Champion to Budweiser – and sticks with a palette of streetwear-centric patterns, like their recent tie-dye endeavour or classic camouflage. Beyond the looks, Malbon maintains a schedule of drops to target this budding consumer interested about golf but also wanting something to wear once he leaves the green. Yet, the brand, launched in 2017 by Stephen and Erica Malbon, doesn’t stray too far from its source, delivering polos and course-appropriate trousers that just happen to look sharp. Another newcomer is Whim Golf, created by Colin Heaberg and Will Gisel to target the novice and dabbler who want to try out the sport but isn’t yet invested enough to buy a new wardrobe. The result looks minimalist and neutral while introducing silhouettes that appeal to the streetwear crowd. Bogey Boys, created by hip-hop star Macklemore after he picked up the sport himself, stands apart not strictly for its origins but the retro, unabashedly fashion-centric appearance. It’s loud, it’s ‘70s-esque with its bright, contrasting hues, and, if you deconstruct everything, the polos, camp-collar shirts, and plaid trousers all look like statement-making menswear staples, no matter if you’re off to your smart-casual office, getting dressed for the weekend, or intend to play a few holes.