GAGLIARDI - THE STORY BEHIND THE BRAND 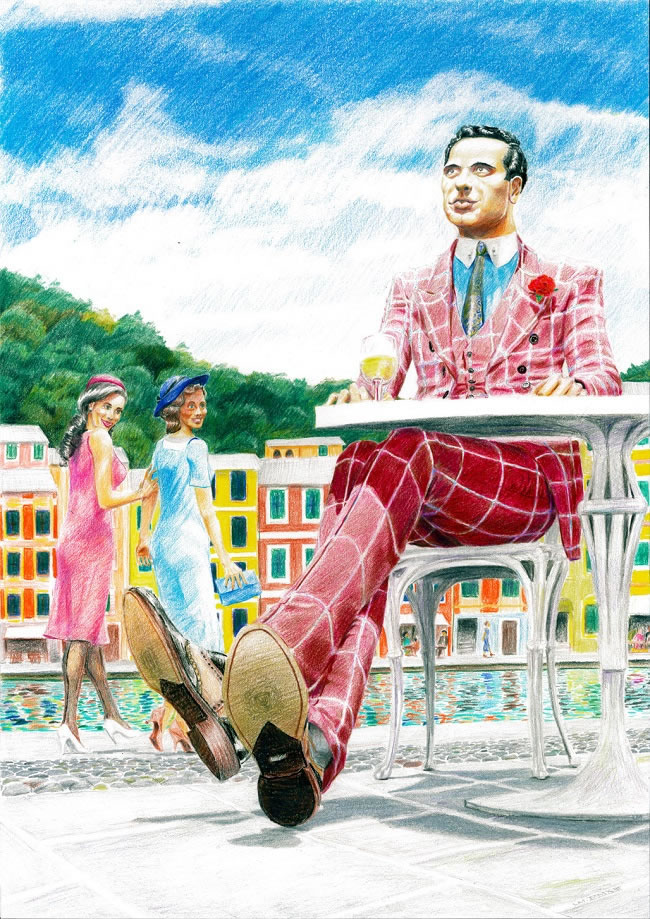 The family-owned Bortex Group (the name an anagram of ‘Borg’ and ‘textiles’) has been making apparel ever since 1964. Founder Salvatore ‘Sunny’ Borg launched the firm, specializing in men’s suits, jackets and trousers, whilst also being renowned for manufacturing for other labels and tailors and for various well-known and high profile customers from around the world.

The Borg family started Gagliardi based on the founder’s nickname and life story... Salvatore Gagliardi had always wanted to see the world. However, as the first distant hints of war approached, he joined the military ranks as a young lad, eager to contribute towards safeguarding his beloved Mediterranean islands. With a slim wad of banknotes in his wallet, some pennies in his pocket, his rucksack on his back, he set off to his destiny along with a few hundred other young men, aboard an army truck driven over rubble roads towards the barracks which would be their home for many months to come.

He wriggled in his new uniform, making sure everything was just so, the way his mother had always taught him. “Being respectable starts from the way you dress,” was her motto. The commander in charge of his battalion must have had a mother sharing the same ideology and seemed to take the self-same motto to heart. Salvatore enviously eyed the man's sharply creased trousers, immaculate shirt and spotless jacket, making a mental note to press his own trousers a bit harder next time round.

The military experience proved to be an eye opening one for him. He learnt a great deal, observed everything and anything that seemed worthwhile of observation. He made his first travels to nearby Italy, and he learnt fast. Eventually he used his natural aplomb and enthusiasm to stand out from the crowd, quickly scaling the ranks within the forces as his innate prowess at leadership came to the fore. His skills expertly manifested during the Allied invasion of Italy in 1943, when he was already commanding an Anti-Aircraft Battery that effectively downed wave upon wave of attacking enemy aircraft.

Due to his expert marksmanship Salvatore quickly earned the nickname of ‘The Blind Shooter’, a nickname jokingly supported by his claims that he always shot blindfolded! Fact is that ultimately, he was awarded the Italy Cross by his Commanding Officer quite early on in his military career. It was not just Salvatore’s infectious personality and good-natured temperament, but also his humility and sharp wit that earned him the respect of his men and he became something of a celebrity within military and social circles.

Dubbed a ‘war hero’ for his selfless and exemplary work at war, once it was over, Salvatore enjoyed his new-found fame and life treated him well. 'Il Gagliardi' as all his friends amiably called him, was enthralled by his opportunity to stand out from the crowd in more ways than one. It was time to travel in some leisure and ease, even whilst attentively eyeing the industrial and economic resurgence of Italy where he spent most of the immediate post-war period. 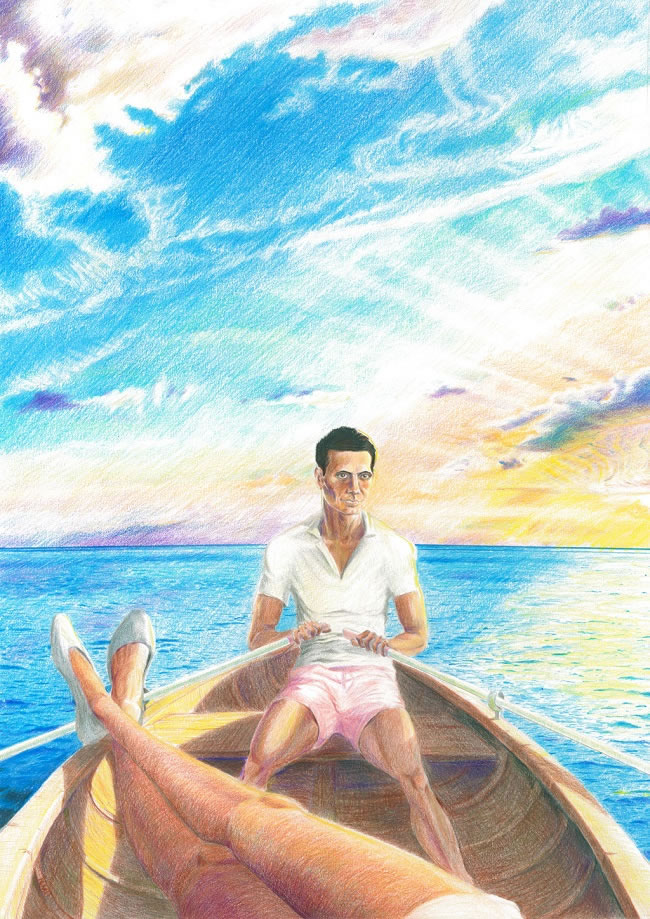 Salvatore learnt to appreciate 'la bella vita' which the Italians always relished, a lifestyle he experienced strolling along the streets of Rome, Florence and Milan all the way up the boot of Italy. Salvatore discovered the finer things in life, observed the way men dressed and envied the finesse of their clothing, the elegance of the gait.

He quickly came to strengthen his own resolve on how effectively the well-dressed always stood out from the crowd. Returning home via a long trail southwards that led him through all the most fashionable hubs, Salvatore learnt to appreciate the bonhomie and freshness of Italian fashion and the way Italian men carried it. He was especially taken in by the world of Capri, the luxuriousness and infinitesimal aplomb with which personalities carried themselves on this island, rendered famous by the crowd it attracted.

It was not just about the way people lived their lives, not just about the new expensive cars or bohemian houses. The islands' colours seemed to bounce back with extra vigour, allowing the spirit to be especially buoyant, each and every day. During this time, Salvatore could also be found whiling away time in the casinos of San Remo or at the boat shows in Genoa, witnessing the glamour and style, but most of all making up for time lost during the gloomy and oppressive war years. 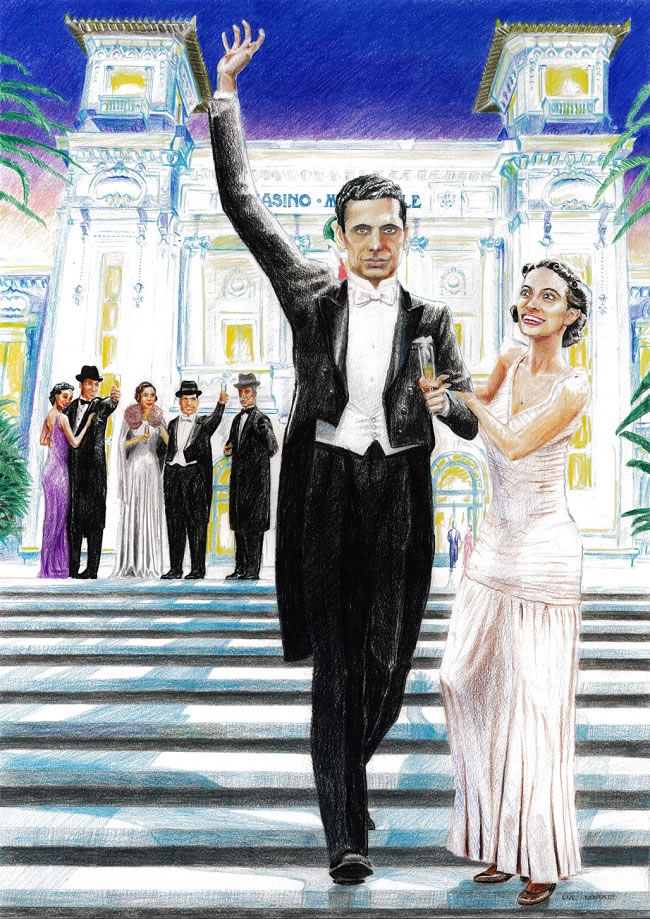 Salvatore soon made acquaintances with the upper echelons of Italian society; his striking good looks and intelligence distinguished him from others and sowed the seeds for his continuing success. Whilst mixing within these social circles, he was further allured by the importance of ‘la bella figura’: the seemingly effortless, well-heeled elegance of the Italian people that is still very much a central part of their culture today.

He had long noticed how men were trying to emulate all the big shots of the silver screen, inspired by the 50s 'New Look' which urged their female counterparts to dress up with more flair after the austerities of war-time rationing. On a personal level, Salvatore started investing in a series of bespoke suits, better understanding the nature of Italian men’s tailoring: the need for simplicity, veracity and elegance.

At a certain point after returning home, Salvatore became restless and felt the need to harness his lifelong wish to sail the seas. By then, the year was 1950 and Salvatore grasped the opportunity to join the British Merchant Navy. At sea for months on end and trading with lands far away from his own, Salvatore learnt to be an excellent entrepreneur. Buying from one port of call and selling at the next was an effective way of making good money. From bartering cigarettes in the mess hall to negotiating land prices, Salvatore entertained his natural acumen for business dealings, determined to get the best out of every situation.

Regarded as one of the best-dressed, sartorial mariners on shore leave, ‘Il Gagliardi’ would mingle with the locals, learn snippets of language and tradition and observe habits and style. He was enthralled by India and perused the rainbow coloured stalls of the Indian textile markets for exotic and rare fabrics, always making sure to get a suit fitted by the British tailors while he was there. While stationed in Australia for six long months as the ship he was sailing underwent maintenance, Salvatore was introduced to Merino Wool and its unique qualities. Eventually Merino Wool would become one of the key fabrics he repeatedly included in his sartorial collections.

Back home on his native Mediterranean island, Salvatore knew the time was ripe to settle down. He decided to forge ahead and start a business in the fashion world. It was the right thing to do at the right moment in time and his stamina meant that hard work was not something he feared. Salvatore’s vision was to create his own menswear brand. He was not a tailor, yet he knew a great deal about clothes, and was determined to bring quality male fashion to the masses. His menswear collections would be all about the finer things of life and whilst he wanted to offer fair prices and a value for money, he insisted that the men wearing his clothing would effortlessly stand out from the crowd for being exceptionally well dressed and exceptionally respectful. After all, wasn't that what mama had taught him? 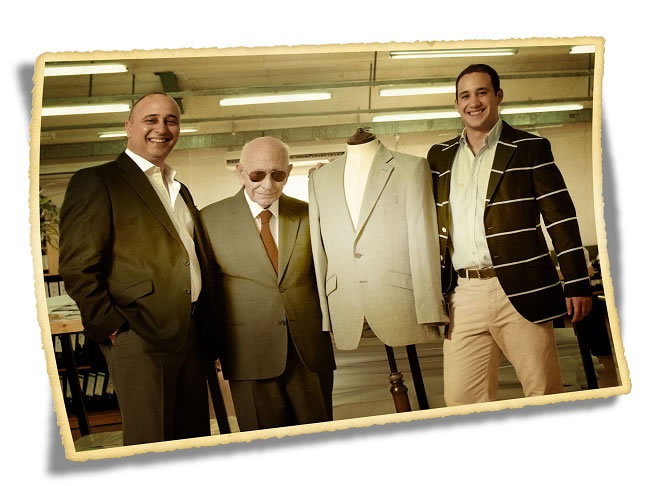