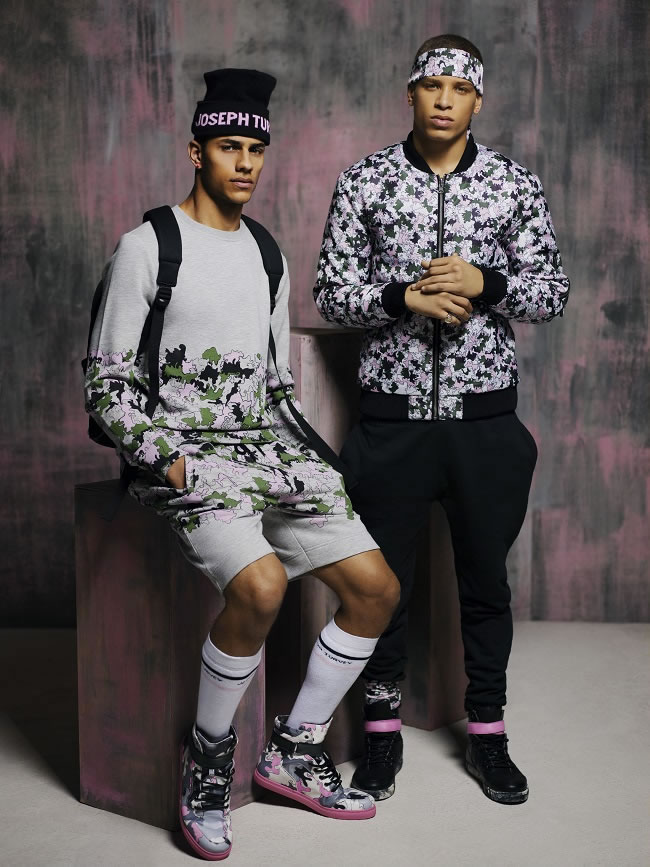 Back in December I was lucky enough to meet a group of guys destined for big things while on set at the latest River Island Design Forum Shoot. In recent months the style collective 'Justanorm' have seen major success, becoming regular faces at Menswear Fashion Weeks across the globe and flying the flag for "normal" guys making it in a supposedly cut-throat industry. I sat down with Jeremy Boateng to get his own take on modelling and his top tit-bits of advice for those looking to make it in the fashion world:

What made you decide to become a model and choose to do this as a career?

"We all found modelling through different ways which i think is quite amazing. Some were scouted, some were aware of the opportunity, some were referred but we all made it in. Harry had a tough few years in general life and was fortunate to have a brother who was also in the industry to allow him to get a look in. Me personally, i was desperate for money after my football dreams had messed up and was originally misled by false ads on gumtree to be scouted to do a show a year later and the rest was history. Jamel was actually referred to agencies and forced to go down by his mum and managed to secure an agency whilst being super ill on the day of the walk in. Chuck was referred to agencies after being spotted out and about the same with Dylan and Boyd. Dylan was working at River Island and was scouted on route to work, to later be the face of the campaign a few months later. Boyd Alves was also scouted in Oxford Circus."

What advice would you give to budding models?

"I think the single most important piece of advice id give is if you're already in an agency and have been signed, be patient. Above all, enjoy it as it has its perks but have a plan because it's wise to think about the future and what can come of it. Models who are looking to get involved I would say the best thing is to do a little research and gain information from people who really know what they're talking about and reputable agencies."

What skills do you need to become a model?

"Get your smize on smash. Take selfies, practice in the mirror - ahah... Erm definitely be a good people person. That goes for life. If people like you then they'll feel no way about referring you or helping you out. Apart from that I don't think skills are needed, they're more developed. There's nothing more beautiful than jumping into an industry and being open to the new life without being foolish of course."

Where would someone look to begin their career if they're aspiring to be a model?

"Id say the best place to begin is definitely with an agency. However, we've heard loads of stories of models getting turned down and returning a bit later and signing. If not, one of those shows such as BNTM or 'the face of' is also a good way to get exposure and show you're capable of doing it. An agency will definitely guide you in the right way and can really manage your career though."

How do you feel on the runway?

"It used to be nerve wrecking for a few of us, despite a lot of us being new faces, modelling does a great deal for confidence and over time its like anything. Im sure we'd be able to perform in front of thousands if we wanted to."

What’s the most interesting shoot you’ve ever done?

"As individuals I'm sure there's so many to name but in terms of the team, it has to be the shoot for River Island for Joseph Turvey's Collaboration. The clothes were cool, the team was amazing and we got to be ourselves. We got to be us, sure we love a bit of role play but being able to be comfortable in clothes that we would wear made us feel a lot more comfortable and I'm sure it showed. To find out that the video made Vimeo's 'Staff pick' was also quite humbling, we were really happy for Alex Turvey (the director) in achieving that too. He had done an amazing job. We've got a few coming up and an editorial coming out but that will be hard to top!" 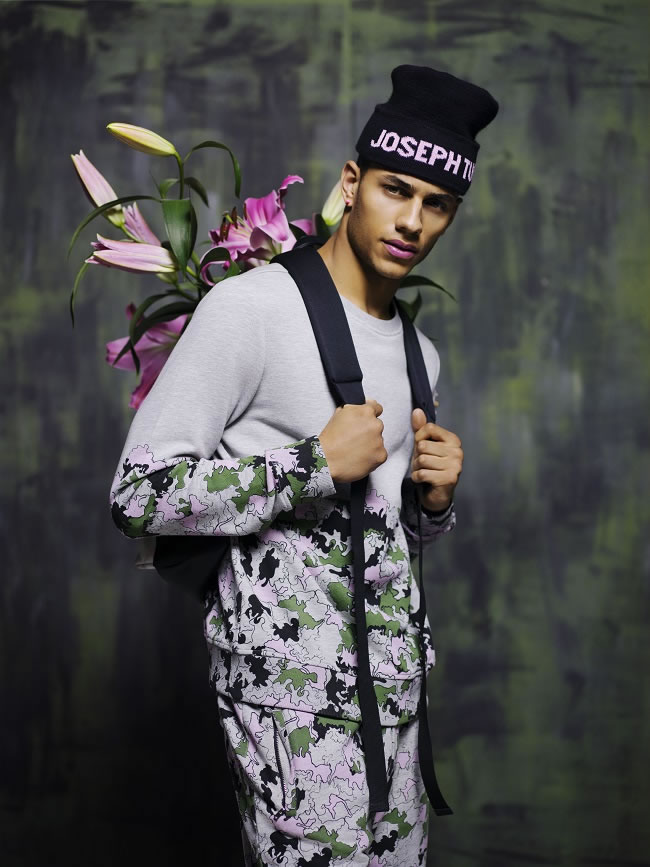 "The clothes were cool, the team was amazing and we got to be ourselves"

What is the most challenging part of your job?

"It really depends! For some of the boys its probably just turning up on time. But id say it varies from doing things outside comfort zones to achieving amazing results. Or the long hours and numerous changes during commerce jobs or fittings can be extremely tiring. However, for the most part, I'm sure most would agree that the modelling side is pretty enjoyable. We're still dipping our toes in loads of other fields but these come more as having fun and enjoyment."

Have you ever had to model something you felt uncomfortable in?

"I'm pretty sure everyone has, there's been times where even in catwalk shows we've had to walk in shoes 2 sizes down from our normal size, but hey its got to be done. In all honesty, if anything is too uncomfortable then we just won't do it. But there's been loads of stuff, once one of the guys had to wear a thong for a catwalk show under some translucent trousers."

What are the benefits of working in a group?

"Socially its a lot more enjoyable and less nerve wrecking. You're basically building a brand around stuff you enjoy and stuff you love doing and you get to share that with the people around you at all times. Its actually an amazing feeling, we're really fortunate. Business wise a lot of things are still being worked out but actually working on projects and improving in areas is amazing because we send content and updates through group chats and we get on-the-go support with anything we're doing in life. It keeps you in a positive mind state."

Do you find that people make assumptions about you based on your job?

"Its funny this question came up. Im sure it does but this is the whole reason we came together in the first place, despite being friends and wanting the same things. Justanorm is basically made to show people despite being models we're actually "just normal boys". We're not stuck up, we're not stinking rich, we probably live next door to your uncles/aunties/sisters/brothers/nephews. But we love that the whole contrast of being on a runway in Milan and then being on a pavement in East London. We love it and want to show the world our life through Justanorm." 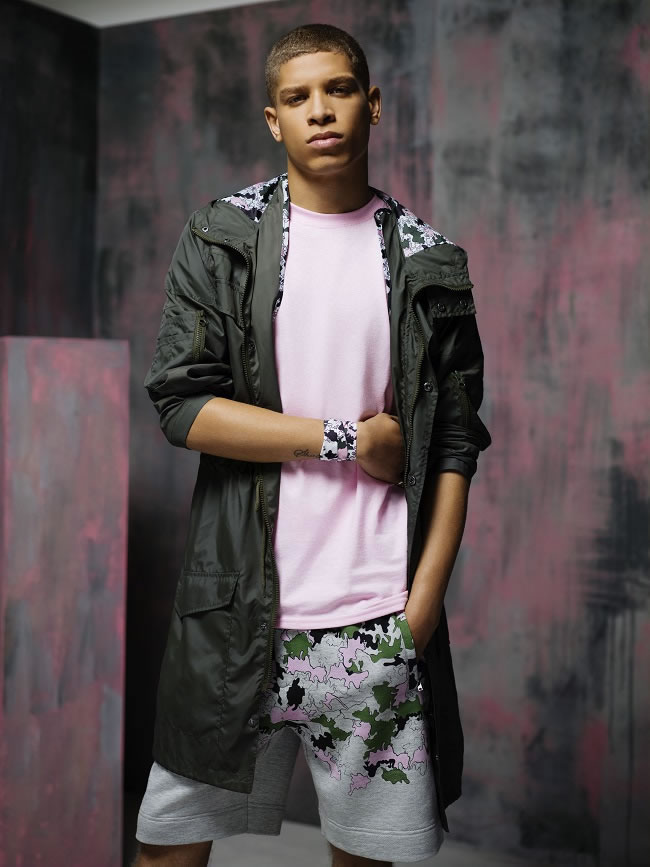 "If anything is too uncomfortable then we just won't do it"