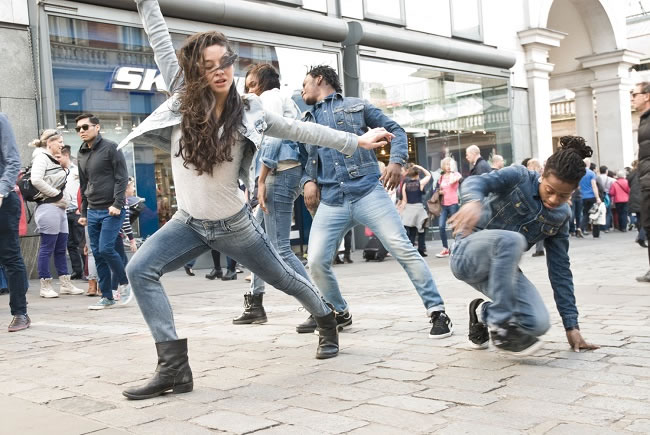 Denim is finally making its come back into fashion, it's been rumoured for a while, but with the black skinny canvas jean ruling the roost, blue jeans have taken a back seat.

But this year is the Lee jeans 125th anniversary and blue denim is hitting the streets and is set to move you.

A series of flash mobs of dancers and B-boy break crews have been erupting out over Europe, most recently around Covent Garden and we went along to see and document how a guy should move his Lee Jeans.

Blue denim is coming out from its semi retirement as "dad-wear", banished from fashion due to high profile bad dressers such as Jeremy Clarkson and Simon Cowell wearing the up high, baggy and belted type, it is fashion perennial that is fighting it's way back.

In their 125th anniversary year, Lee have a collection that brings denim back into fashion. 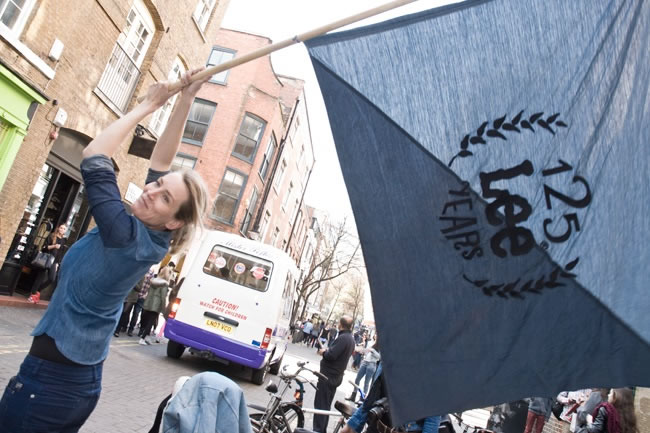 "A collection that brings denim back into fashion"

The new collection is contemporary fashion, mostly slim fit, plays with ombré dying techniques, mixing colours and textures of denim yet remaining true to its origins as the clothing of the all American working man.

With body skimming tailoring and super soft multi stretch fabric, the old problem of breaking in your jeans is no longer an issue. 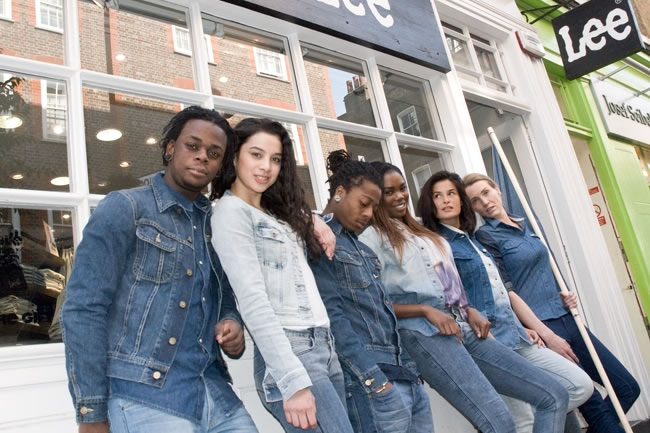 "Remaining true to its origins"

Jeans have come a long way from the tough old indigo dyed canvas from Nimes, France that gave it's name to the fabric: Serge de Nimes, shortened to denim.

We tend to associate denim with the trouser jean which was the working wardrobe of the cattle ranchers and their herdsmen (the cowboys), but Lee's first production line was churning out denim dungarees which were the industrial workman's uniform as much as they were for farmers. 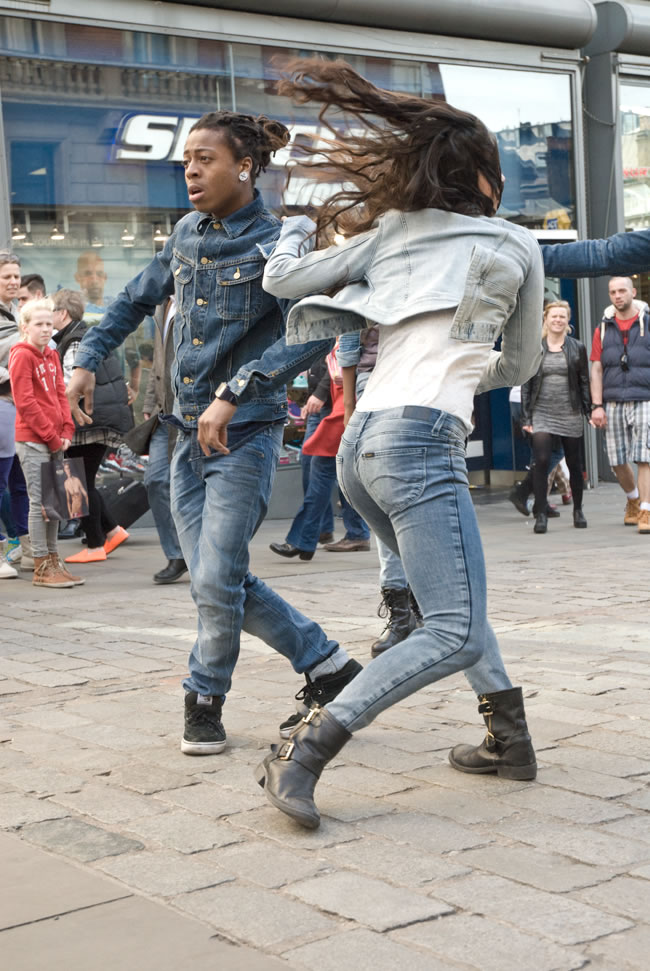 "A series of flash mobs of dancers"

Lee still make their iconic dungarees and a rather fabulous apron, probably the most manly apron we've ever seen, but maybe we're biased since the man wearing one was providing us all with glasses of champagne with a smile.

In 1913 they created the denim jumpsuit, the worlds first ever overall. Although this seems very utilitarian, Lee as a brand was always conscious of its brand image, creating the 'Buddy Lee' doll which became an incredibly popular child's toy.

It was in the 1950s that Lee then first entered into the causalwear sector of the industry. 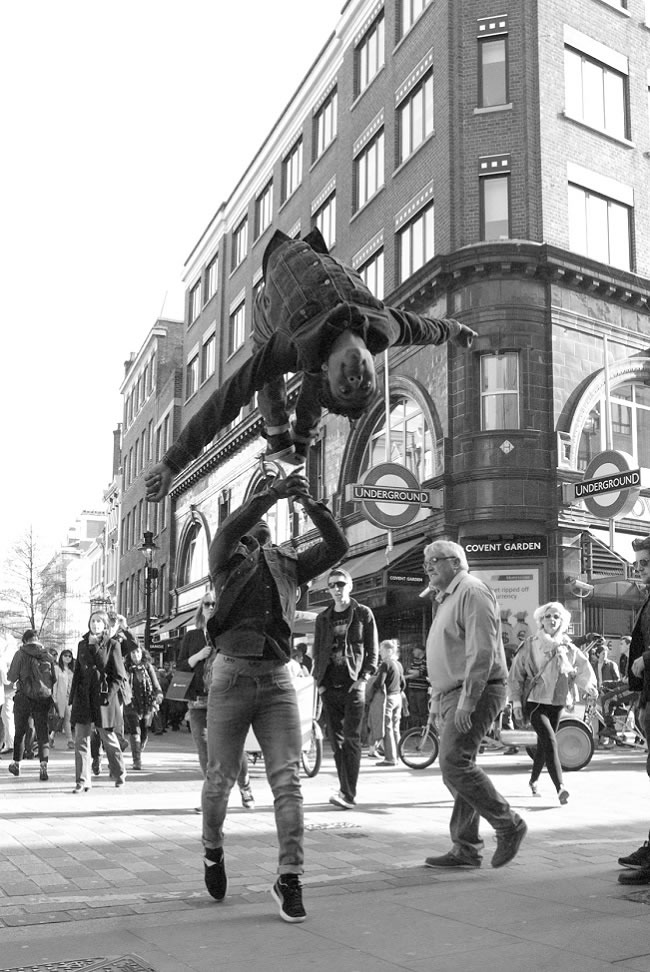 "In 1913 they created the denim jumpsuit"

It was the perfect time to launch since the idea of streetwear and teenage fashion was born to the heartbeat of rock and roll.

Buddy Holly may have worn a suit but Elvis was a jeans man and his fans went as crazy for these new jeans as they did for him.

Jeans were subversive, left wing, left field, and by wearing work clothes rather than the formal suit trouser, it meant you were giving the bird to "The Man".

But then jeans went mainstream and for a while we fell out of love with them, but now we are learning to love them all over again - so let's dance!

Look out for more Lee flash mobs happening somewhere near you and see how a good pair of jeans can move you. 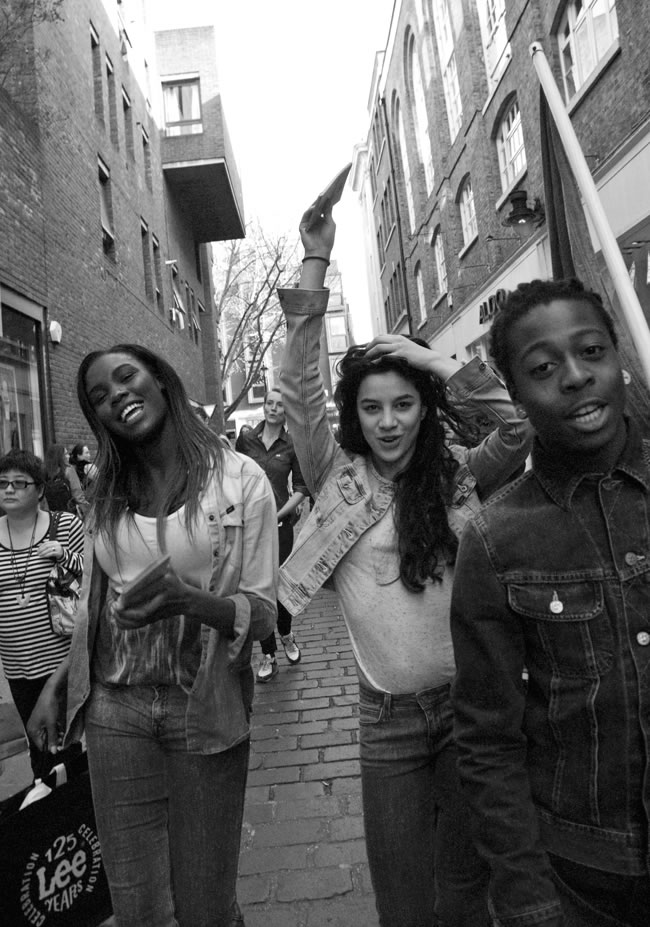 "We're learning to love denim all over again, so let's dance!"