Written by Charleen Lewis in Trends on the 1st May 2014 / Tribal: The New Statement Print 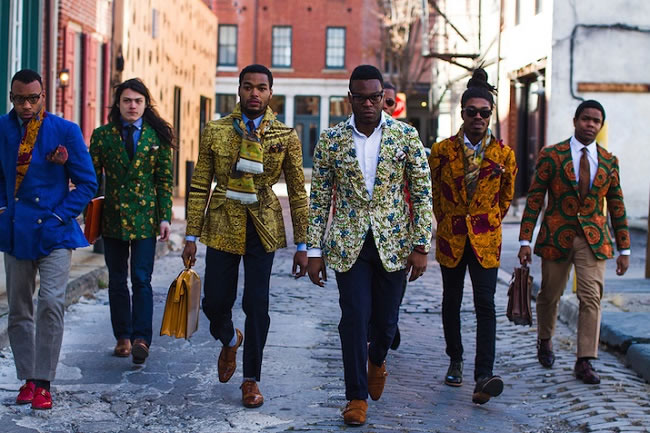 I’ve always been an admirer of African prints, the cultural term now known to be ‘tribal’ and I have always loved a man in such a print; the mix of often bold and primary colours with an eclectic designs can really makes a statement when worn with a bit of boldness and finesse.

And whether we realise it or not, I’m sure it doesn’t fail in turning our heads on the street either. And most recently I stumbled on such a brand that prides itself on using these colourful and vibrant prints – Ikiré Jones.

The idea was conceived in Nigeria in 2012 and whilst being based in Philadelphia, designer Walé Oyéjidé’s drew up designs heavily influenced on West African prints from multiple tribes mixed with an Italian authenticity in tailoring.

His SS14 offering showcases a collection inspired by European Medieval art and general African culture, while remaining very much "rooted in Italian tailoring techniques and traditional English textiles" as the label states.

The collection consists of jackets, pocket squares and scarves with a collection of jackets that are made to order. The jackets are sent to various locations for manufacture and often take about 10 days to arrive on your doorstep. 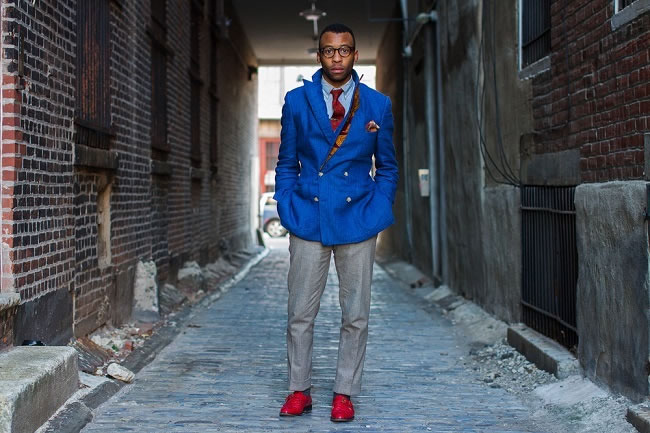 The ‘Reid' jacket is a personal favourite and perfect for those that don’t want to go all out. The ‘Kehinde’ coat is a very close second and the ‘Village 2081 A.D.’ scarf is a standout piece too.

Check out a sneak peek of their new campaign video via Instagram here. And if they seem a bit too "loud" for your taste, check out high street brands River Island and ASOS for some alternatives and add a plain coloured blazer on top to mellow things out.

Needless to say, it would take a man with confidence and maybe even a bit of an ego, to pull off some of these colours and prints. I’m pretty sure there are men all over the world who will have this in abundance. 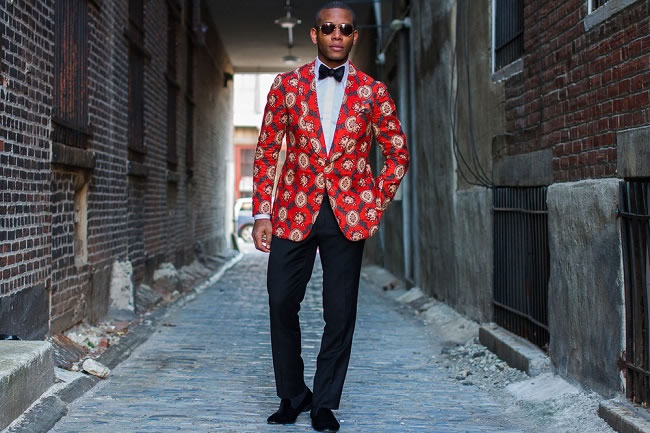