THIS YEAR'S MONEY-RAISING SOCCERAID BATTLE AT OLD TRAFFORD, IN AID OF UNICEF 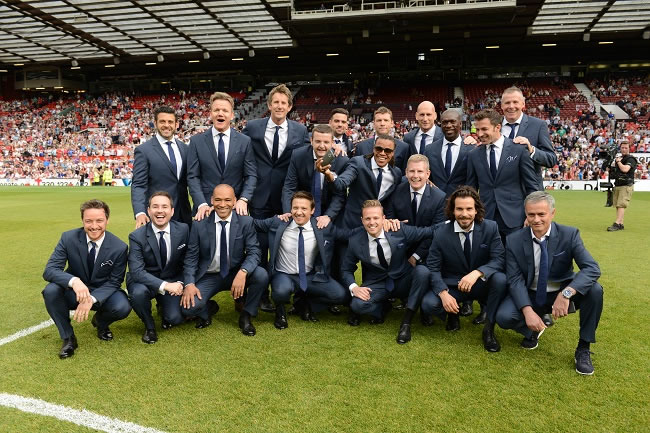 Being a World Cup year, 2014 is a big year for soccer fans. The 4 yearly festival of soccer is a huge event in any fans’ diary, however it promises to be extra special this year as the tournament is being held in soccer’s spiritual home, Brazil.

It’s not only professional soccer that’s enjoying the limelight at the minute though. SoccerAid, the brainchild of, former TakeThat star Robbie Williams and best friend Jonathan Wilkes, is an event that takes place bi-annually and brings together celebrities and ex-professional players on two teams; England and the Rest of the World.

The spectacle is aired live on UK TV and raises funds for the charity UNICEF. SoccerAid 2014 took place on Sunday 8th June at Old Trafford, Manchester, and was the 5th match since its inception in 2006. The event receives backing from a number of sponsors, with this year’s player suits being provided by British tailor and shirt manufacturer, T.M.Lewin.

MWS were invited along to the game to keep a watchful eye over the celebrities and their soccer skills, and provide a report on the events that unfolded. TM Lewin had provided the England team with the ultra-suave Fleming suit in mid-grey. The jacket and trousers are a slim fit for a contemporary look with the jacket also boasting slim lapels.

The Rest of the World team wore TM Lewin’s Eddington suit in blue with the cut being similar to that of the Fleming. Both suits were teamed with one of TM Lewin’s pristine white shirts with most of the players opting for a slim fit, helping to compliment their newly trimmed frames following a week of being put through their paces by coaches Sam Allardyce and Jose Mourinho.

Having said that, a last minute dash to the team hotel en-route to the game was required to provide ex-pro Matt Le-Tissier with a slightly larger size!

The finishing touches were provided by burgundy and white spotted silk pocket squares for England, and a navy version for the Rest of The World. Both teams also had their own slim ties designed specifically for the occasion; again, England wore burgundy, and the Rest of the World had navy.

The ties carry the SoccerAid 2014 emblem on the reverse. Prior to the match TM Lewin had been busy fitting the players out in their attire. The video below makes for an interesting watch with England assistant manager, Peter Reid, in particular being extremely complimentary of his suit!

The evening kicked off with a player precession as the teams walked out onto the pitch in their suits to address the 65,000 strong crowd. The players laughed and joked as they waived to spectators, you could see the celebrities breathing in the atmosphere and relishing the opportunity to live the life of a professional soccer player for the day.

The match itself was action packed and full of incidents. The Rest of the World cruised into a 2-0 lead mid-way through the second half with goals from Clarence Seedorf and a delightful finish from Nicky Byrne; formerly of Westlife. England rallied and drew level through goals from former pro’s Jamie Redknapp and Kevin Phillips, however unfortunately, the fairytale comeback was never completed.

As England pressed, the Rest of the World hit them on the counter attack with former Ajax, Real Madrid and AC Milan star Clarence Seedorf completing a hat-trick to round off a memorable night for him personally. The goals weren’t the only action to get the pulse racing. Pantomime villain and former professional soccer player Edgar Davids seemed hell bent on winding up the England players, so much so that he and Jonathan Wilkes clashed with sparks flying on more than one occasion.

The celebs seemed to be taking their roles of professional players for the night very seriously too, with stellar performances from the likes of Olly Murs [who was cynically tripped by opposition manager, Mourinho, as he collected the ball at one point in the first half – he had been giving the right back a torrid time until then!], Danny Jones of McFly and Martin Compston who appeared in soccer themed film, ‘The Damned United’.

The evening was a huge success, with the after party no doubt ongoing until the early hours of Monday morning... we just hope those sharp suits weren’t on the receiving end of too many drownings in champagne! 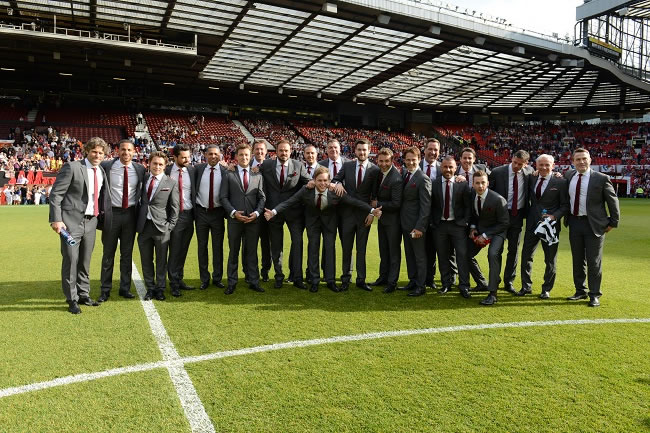