THE ULTIMATE GUIDE TO ADIDAS ORIGINALS 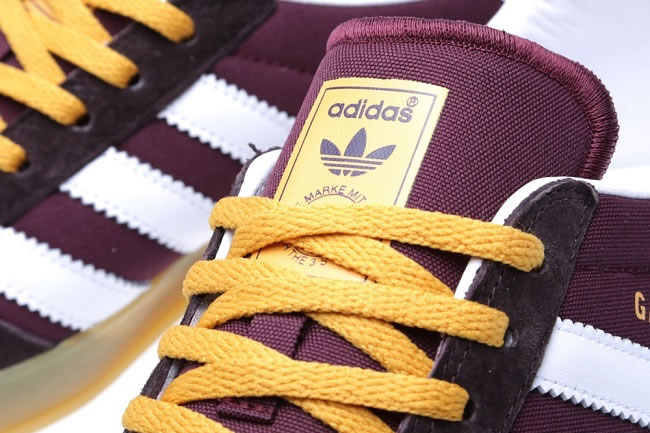 Who would have thought that a 3-stripe trainer born out of a love for sports athletes would turn into the footwear revolution it’s become today?

Helmed by German entrepreneur Adolf “Adi” Dassler in 1972, the Adidas Originals line has gone on to achieve cult status. And although Adidas Original designs have altered slightly over time, the focus hasn’t strayed far from its form.

Let’s take a look at some of the most superlative pieces from the current collection. Dassler, we salute you.

Venture back in time with a pair of Adidas Gazelle trainers. These illustrious trainers first hit the rack in 1968 when they were introduced as a training shoe. Initially the shoe choice for top athletes, the style went on to be coveted by sports enthusiasts and is now synonymous with the football casual movement of the 80’s.

The subculture has been going strong for over 30 years and Gazelle’s remain a staple footwear choice for fans. Pair yours with a heritage label polo and straight leg jeans for that classic, mod look. 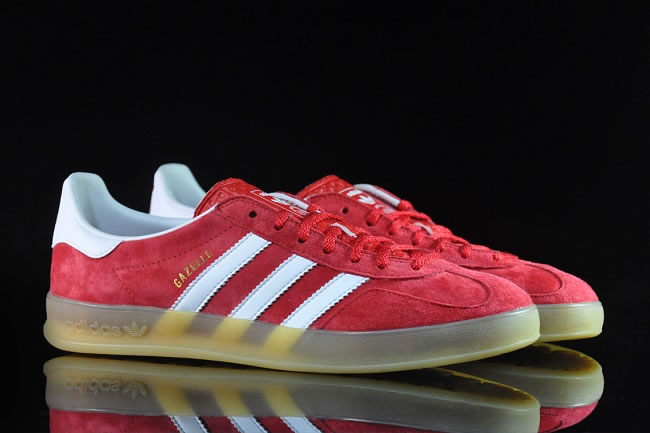 The marathon collection is the result of a rogue pair of trainers unearthed by a former Adidas brand director while moving home. After 30 years hidden in the attic, the secret prototype has been recovered and refashioned for the modern landscape.

This revamped model features cutting edge cushion technology so that each step feels like walking on marshmallows. The ideal companion for long and short distance running, you won’t want to take them off. 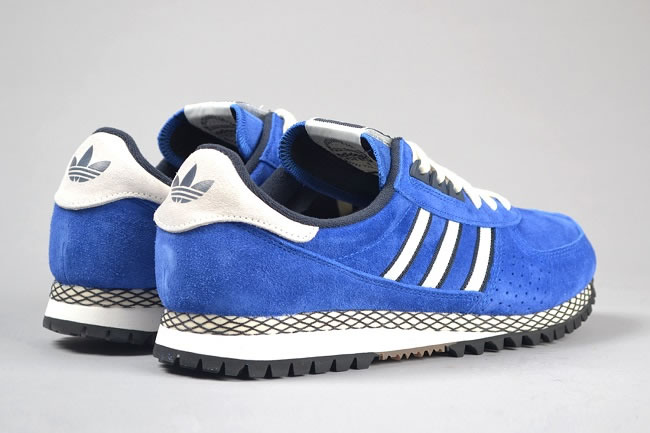 Adilettes hit the scene in ’72 and have been flying the flag ever since. The sliders success lies within its timeless aesthetic coupled with an effortlessly comfortable fit. 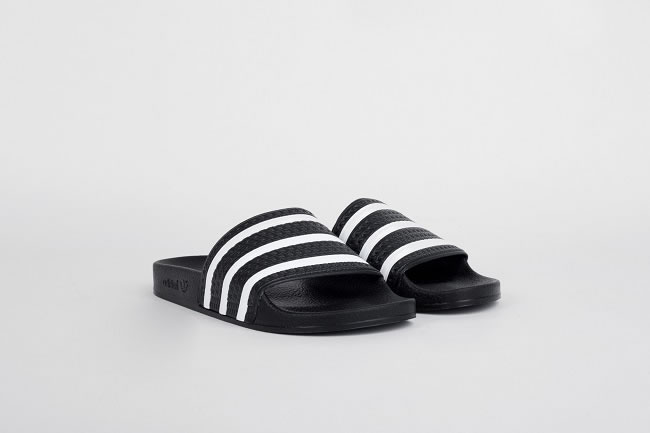 First released in 1978, the amazing Tobacco range is reminiscent of old school styles from the original collection. Sharing aesthetic similarities with the Gazelle, the Tobacco takes on a more sophisticated approach to footwear. Despite the eye-catching colour way, the design is understated and uncomplicated to style. Altogether, the Tobacco has all the makings of a true retro trainer. Wear yours for urban jaunts, away days and everywhere in-between. 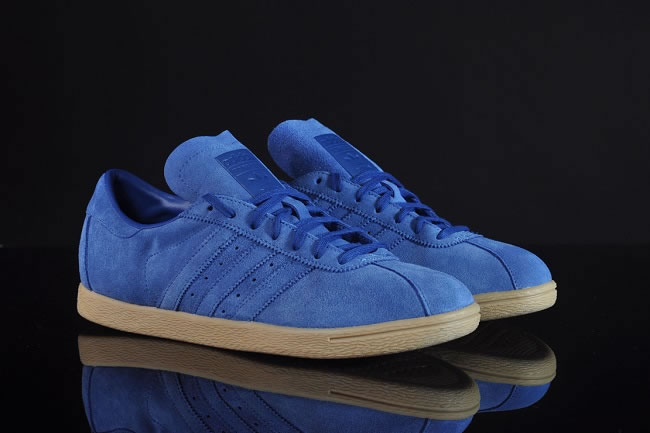 Initially released as part of the 1982 City Series collection, the Hamburg is another survivor from the European football casual movement. A long-time favourite amongst Adidas devotees, this fantastic reissue features a durable gum sole and of course, that iconic 3 stripe silhouette. The vibrant colour make these kicks a strong choice for summertime dressing and are sure to turn heads. 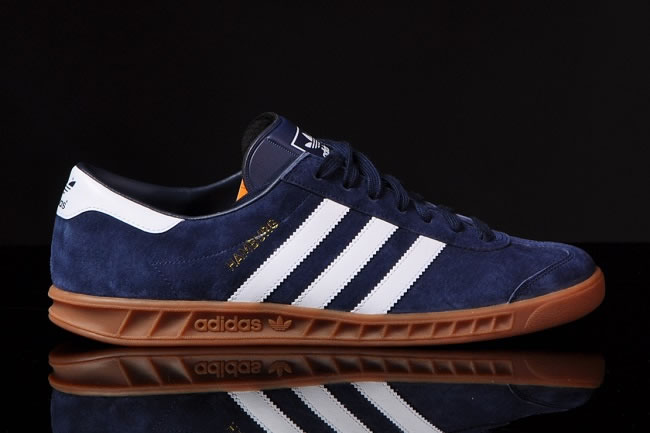 Whether worn on the tennis court or out in the streets, the Adidas Stan Smith is a shoe superstar. First released back in ’72, the trainer has been making history on and off the court ever since. Starting out as one of the original ‘signature’ player models, the trainer became shoe of choice for long time legend and tennis hero Stan Smith. In short, the Stan Smith is a shoe for champions. Sleek, simple yet distinctive, this reissue is better than ever.

That just about wraps it up for our Adidas Originals guide which just leaves one question remaining - is there more to life than ridiculously good shoes? 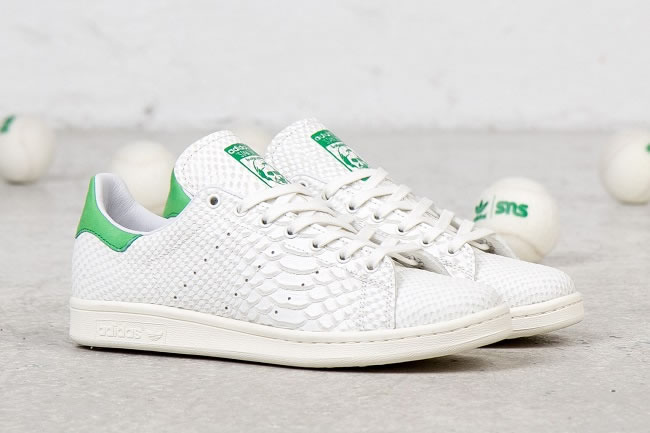 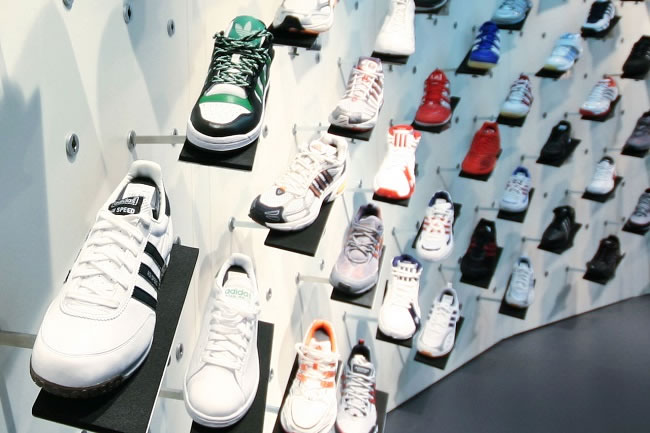