COUPLES OUTFIT MATCHING IS ON THE RISE (AGAIN) 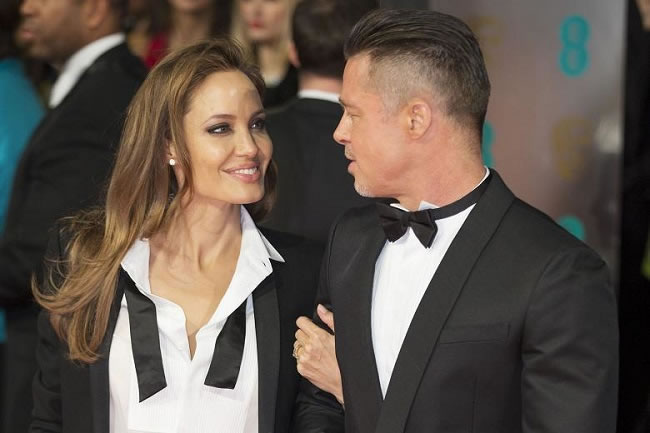 Many years ago on a random island in Australia I saw a couple on holiday who were wearing the same outfit... and I mean literally!! The same t shirt, same shorts, same hoody - identical!

At the time, this was a completely ridiculous thing to do. However, recently I have seen this trend crop up again. Of course, not quite to the same extreme, but "His 'n' Hers" dressing has become the thing to do with your loved one. The longer you spend with someone, the more your tastes become similar and the more you start dressing like one another.

Now, I'm not saying you should wear exactly the same outfit and I am certainly not talking about the Britney Spears and Justin Timberlake double-denim era, but a slight bit of colour co-ordination is key - no one wants to clash with their partner.

I may be a bit guilty of this myself - me and my boyfriend do both have a very similar pair of tartan trousers.

I have seen many couples rocking this look recently though - and the streets of London seem to be the perfect destination to spot it. 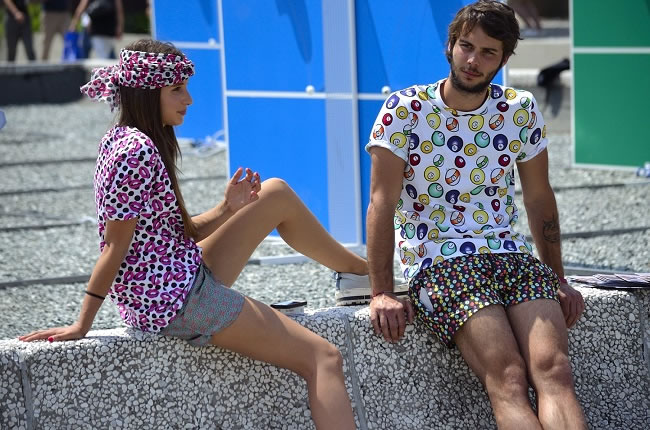 "A slight bit of colour co-ordination is key"

I recently saw a couple on the tube wearing the same pair of Tom's shoes (in the same colour) and another couple along Oxford Street both wearing a white top, black trousers and a red bag.

The thing is, most couples probably don't even realise they're dressing the same. With the lines between men's and women's fashion becoming ever more blurred, it is no wonder this is taking off.

Men's fashion is becoming increasingly more feminine and women can often pick up a nice vest or tee from the men's section to wear for themselves. Therefore, if you and your girlfriend turn up wearing the same t-shirt or same colour co-ordinated outfit, embrace it, it must mean it's true love! 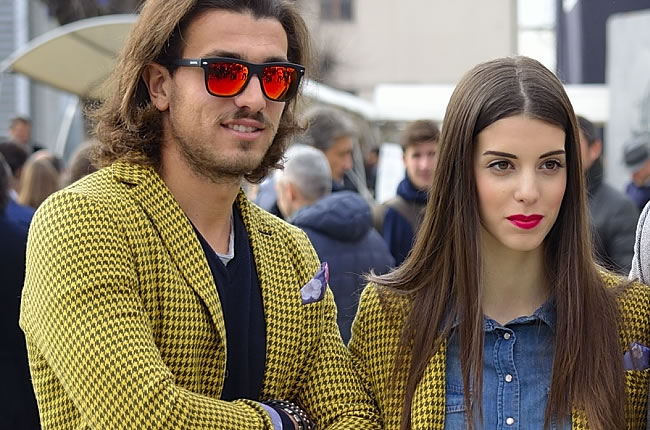 "His 'n' Hers" dressing has become the thing to do" 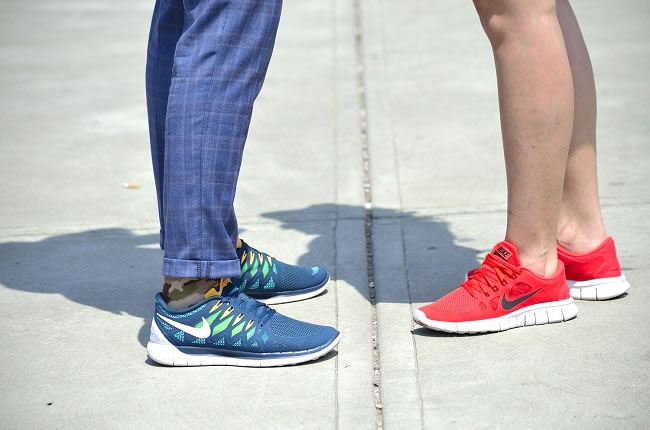 "Most couples don't even realise they're dressing the same"