INTERVIEW WITH PAUL WELLER OF REAL STARS ARE RARE 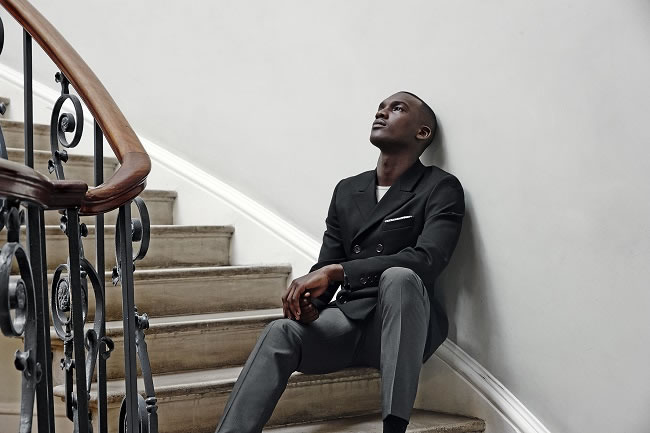 The new brand Real Stars Are Rare is a menswear label from Paul Weller. The collection has been designed by Paul Weller in a collaboration with Phil Bickley, owner of Tonic, a menswear store on Portabello Road. I ducked out of work early and drove like the back of my car was on fire to make it to Somerset House to interview the Modfather himself.

"Do I know you?" Paul Weller asks me as he slides unassumingly through a huddle of PR and Journo's. "Absolutely not." I reply. Which is up there in the top five of dumbest star struck replies I've ever dished. At least I fell short of garbling the terrible "No, I just have one of those faces." We shake hands. 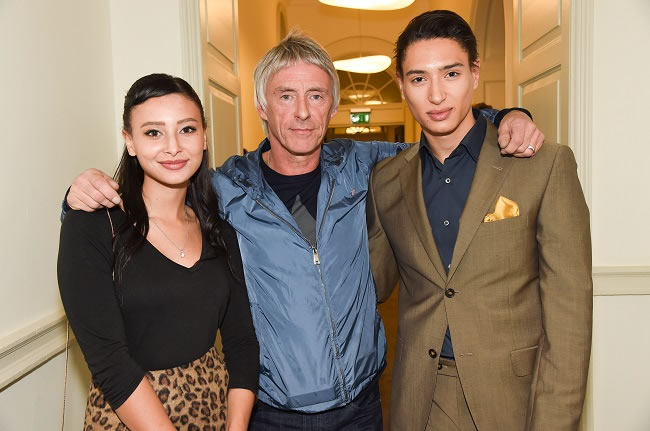 "I'm just going for a cigarette, do you mind?" Says Paul. Paul Weller is asking my permission to smoke. Of course he isn't asking permission, but he is offering the illusion at least. "Yeah that's so cool." I said, like a gibbering sycophant.

'When he returns my palms are dripping, but luckily we dodge the second handshake as we're lead through to another room'

"Where do you want to sit?" Paul asks. I eyeball the couch with the most absorbent cushions, my plan being to casually mop my palms dry throughout the interview, and then sit on them, preventing them from getting wetter than an otters pocket. 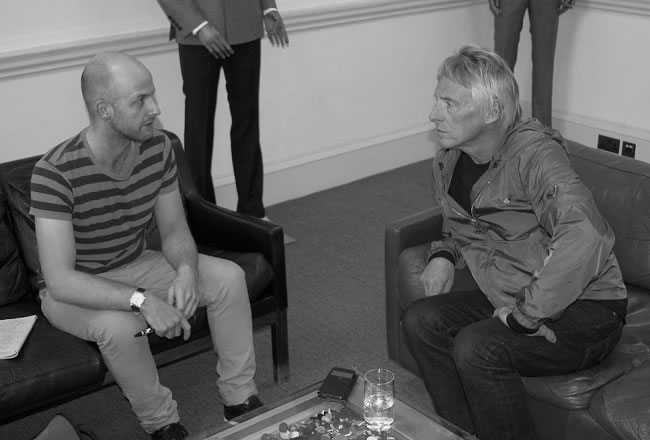 Paul first question, are you a wipe or a bidet guy?

Ok great, now that's out of the way, can you tell me how you arrived at the name for the brand REAL STARS ARE RARE?

"Yeh that was one of the first names I thought of and I can't remember who said it to me but it goes 'Real stars are rare, they only come out at night.' It has that camp-showbiz feel. But I think it says something about real quality is discerning, and you have to look for it sometimes."

It doesn't look like you've compromised on any of the quality, the Star Tee is 100% mercerised cotton, the Crew Knits are 33 gauge 100% wool. The quality looks very much to be the bedrock of the brand.

"Yeah we wanted to go for quality and good cuts, there's plenty of other brands that offer cheaper versions, but we wanted to offer quality." 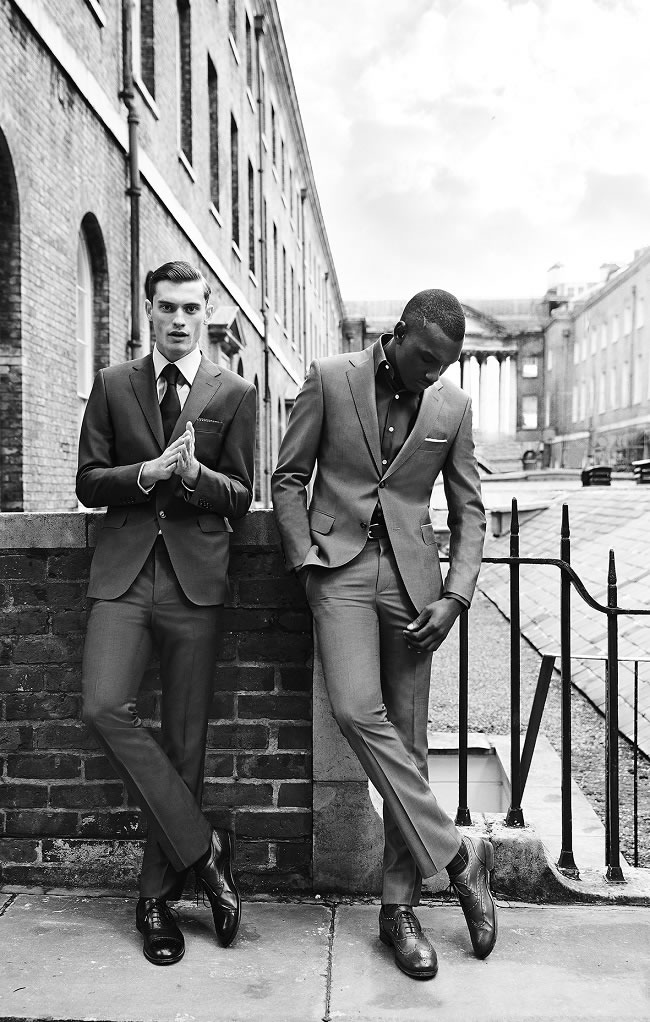 "I have to ask myself, would I wear it?"

You drew all the designs yourself, how much of a challenge was that for you?

"They were just sketches really, but they were enough of a reference to go to the manufacturers with. Then I would take inspirations from other bits, some old some new, and ask them to tweak it, a cut here, a raise there."

I'm guessing that was the most creative part of the process, was that the most enjoyable for you?

"The most exciting part for me was heading out to the factories and seeing the manufacturers and seeing it all come to life. It was getting the first samples, after all the work that had gone in up 'til that point. This brand has been 2 and a half years in the making."

Do you have a target audience for the brand? Who can you see wearing it?

"I don't think we started this with any kind of demographic in mind. It could be any age, up to my age and older. From a purely selfish point I just wanted to make clothes that I couldn't find in the shops. I wouldn't say it's a vanity project, but it has to pass my tests, I have to ask myself, would I wear it?" 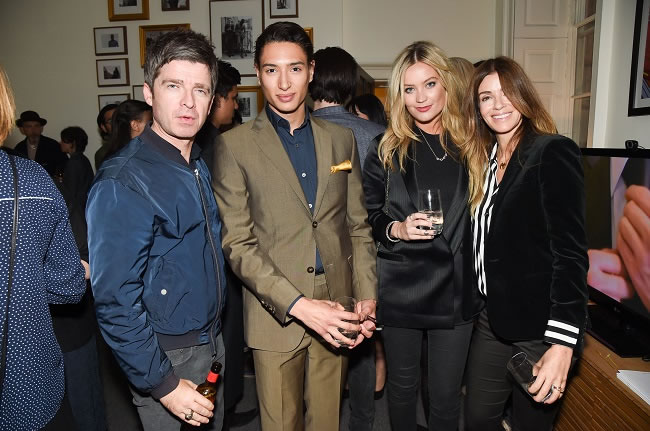 The UK launch in London

It's almost quite a modest brand, modest in terms that you haven't put your face or initials anywhere on the garments or logos. Why is that?

"It would have been really naff to do that. Yes I'm doing these press things now but I didn't want it to be all trumpets and whistles."

You'd rather it remain exclusive to Tonic?

"We have a small concession in Phil's store Tonic, but we are mainly going to be doing our business through the website. I would just sooner start small and organic and see where it goes. I like the idea that people have to find it, seek it out. I'd also like to break out of the seasonal collection. Just bring out a shirt or a jumper at anytime and have it as a limited edition piece."

Is there any particular icon past or present that you would like to see wearing your clothes?

Great I think I have everything I need, thanks for your time. (dry handshake, webbing didn't quite meet, but thank god it was dry).

"No worries, sort yourself out a free T-Shirt on the way out." 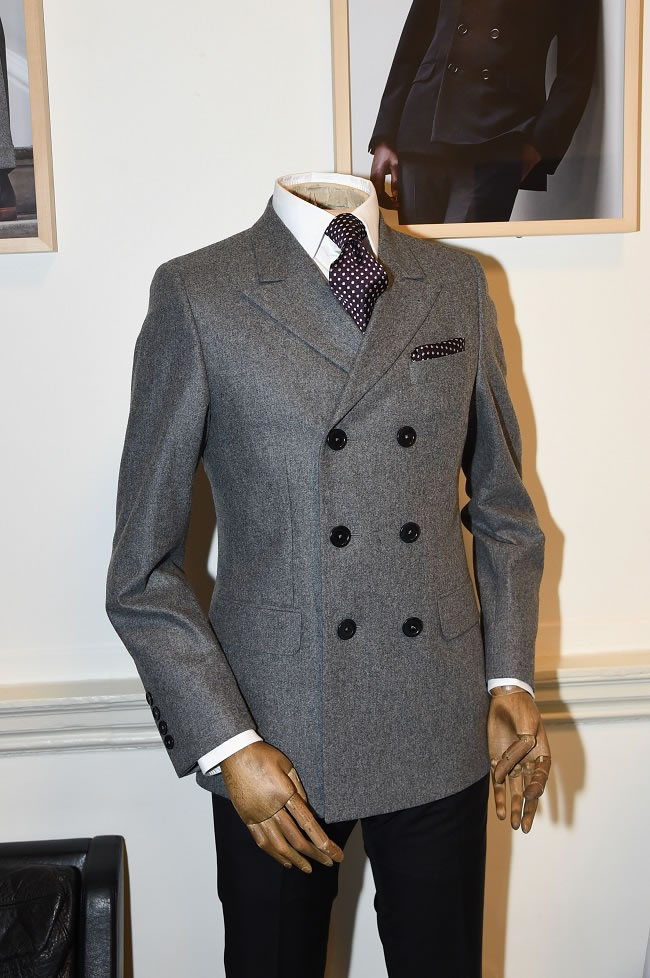